Do you know what a fibbing gloak, a milling cove or a brisket beater are?

If the answer is no and you’re planning to time travel back 200 years to the convict colonies of Australia, you’d better study Australia’s first dictionary, A New and Comprehensive* Vocabulary of the Flash Language before you get into your time machine.

The good news is the dictionary has been republished to celebrate the 200th anniversary of its original release in 1819.

The dictionary was a bestseller at the time and essential reading to understand what the convicts were saying.

It was a clever idea from a not-so clever convict.

James Hardy Vaux was born in 1782 in Surrey, England. He was from a respectable family and well educated.

But, as Melbourne author, artist and collector of colonial artefacts* Simon Barnard discovered, Vaux had a big problem: He loved committing crimes. 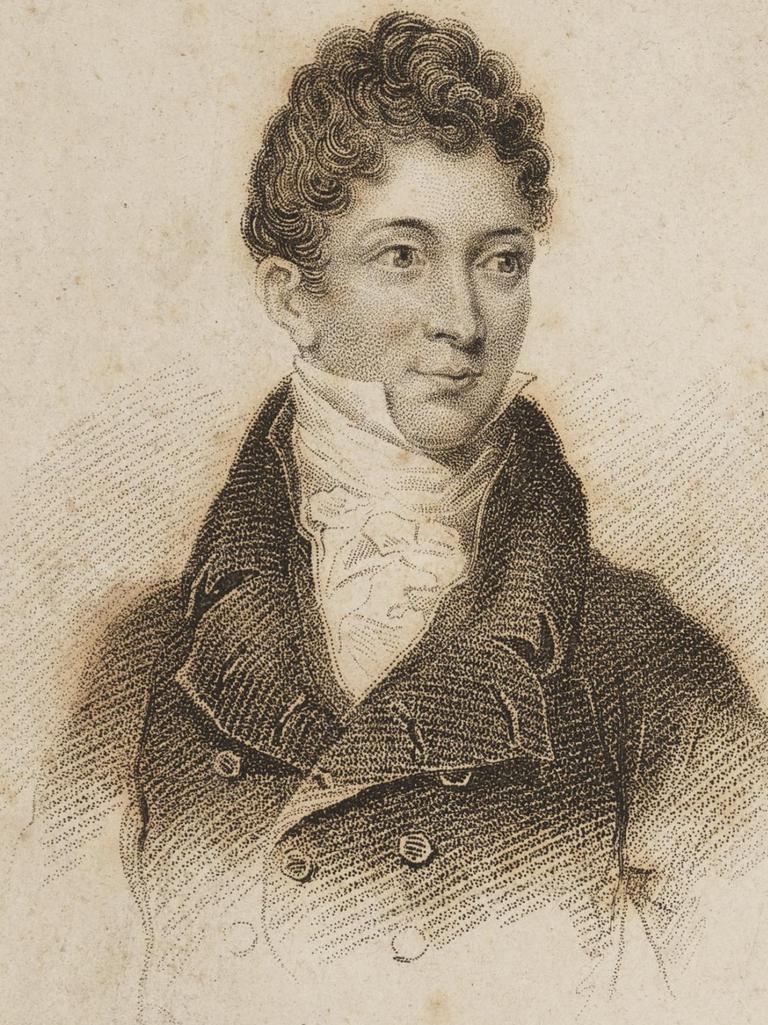 While he could have led a normal, comfortable life, Barnard said Vaux preferred a “rakish* life of villainy*”.

“He is a funny guy and a wit. He enjoyed being cheeky,” Barnard said.

He admitted to an indecipherable* range of crimes including “buzzing, drugging, sneaking, hoisting, pinching, smashing, jumping, spanking, and starring, together with the kid-rig, the letter-racket, the order-racket and the snuff-racket”. (No wonder they needed a dictionary).

Vaux was one of the 164,000 convicts transported from British and Irish ports to the Australian colonies.

Barnard’s James Hardy Vaux’s 1819 Dictionary of Criminal Slang and Other Impolite Terms as used by the Convicts of the British Colonies of Australia with Additional True Stories, Remarkable Facts and Illustrations re-releases Vaux’s dictionary for its 200th anniversary.

Barnard’s first book, A-Z of Convicts in Van Diemen’s Land, won the Eve Pownall Award for Information Books in the Children’s Book Council of Australia’s Book of the Year awards in 2015.

“I hung onto it and revisited it and couldn’t believe Australia’s first dictionary was compiled by a thrice-transported* villain.” The newly published volume reproduces Vaux’s dictionary in full and Barnard also used newspapers and other documents of the time to weave in stories of Australia’s convict days.

Barnard said Vaux’s motivation to write the text was anything but noble. The convicted crim was simply trying to ingratiate* himself with his new masters after finding himself imprisoned in the Newcastle penal station in 1812.

As Barnard explained, the magistrates* couldn’t understand the coded world of criminal slang — a deliberately obtuse* language known only to the underclass. Convict language was so complicated and unfamiliar to non convicts they had to use translators when convicts appeared in court. “Landing of Convicts at Botany Bay” from Captain Watkin Tench’s A Narrative of the Expedition to Botany Bay, first published in 1789. These and the thousands more convicts that came to Australia from 1788 onwards brought their own language, designed to confuse authorities.

Vaux’s book was published in England and sent back to Australia, where it was commonly found in courts. An original version sold seven years ago for more than $20,000.

Barnard’s reworking of Vaux’s dictionary is full of yarns of Australia’s early convict years, with the weird and wonderful terminology* of the time woven through the stories.

For instance, the curious crime of stealing the ladder used by night men who had to lower themselves into cesspits* to haul out human refuse with buckets was known as “knapping a Jacob from a danna-drag”.

Or there’s the story of George Jones, the bushranging companion of Martin Cash, who was caught after being shot in the face. He could not see as his eyes (“lamps”) were severely injured.

Some of the slang of the time became part of mainstream language.

“Words such as seedy, serve, snitch, snooze, square and stash are now commonplace. Swag is the origin of swagman, and grog still means grog,” Barnard said.

Vaux disappeared from history after his release in 1841, when he was 59. CONVICT SLANG YOU MAY NOT KNOW

CLASSROOM ACTIVITIES
1. Convict slang challenge
Not that we want to inspire you to be convicts, but can you speak like a ‘pebble’?

Now write the translation so that your teacher can understand what you are talking about.

2. Extension
What do you think happened to James Hardy Vaux?

Use the information in the article to write a short (2-paragraph) biography of James Hardy Vaux.

Your first paragraph should summarise the information known about him from the article. The second paragraph should be what you think happened after his release. Did he turn his life around and become a good citizen? Did he get married or get a job? Did he return to England? Did he return to a life of crime or did something terrible befall him? You can use your imagination, but you should try and make it sound a likely story of the time.

HAVE YOUR SAY: What’s your favourite convict slang? Use it in a sentence.
No one-word answers. Use full sentences to explain your thinking. No comments will be published until approved by editors.