Australia, the land of lots of great ideas Whether you’re in your classroom, learning from home or just reading this story on Kids News for fun, you’re most likely using Wi-Fi.

Can you believe Wi-Fi is an Australian invention?

And it’s one of a long list of globally significant inventions, ideas and firsts to come from Australia.

Here are some of the smartest ideas we’ve had so far.

WI-FI
Modern life would be very different without streaming services, video calls and the ability to connect devices without a mess of cords to trip over. In fact, there are estimated to be more than five billion devices around the world with Wi-Fi capability*.

FEATURE FILMS
Forget Hollywood and Bollywood, without Australian ingenuity we may never have had films as we know them today. The 1906 film The Story of the Kelly Gang ran for 80 minutes, at a time when other moving pictures were just 10 minutes long. The film was made in Melbourne, Victoria. 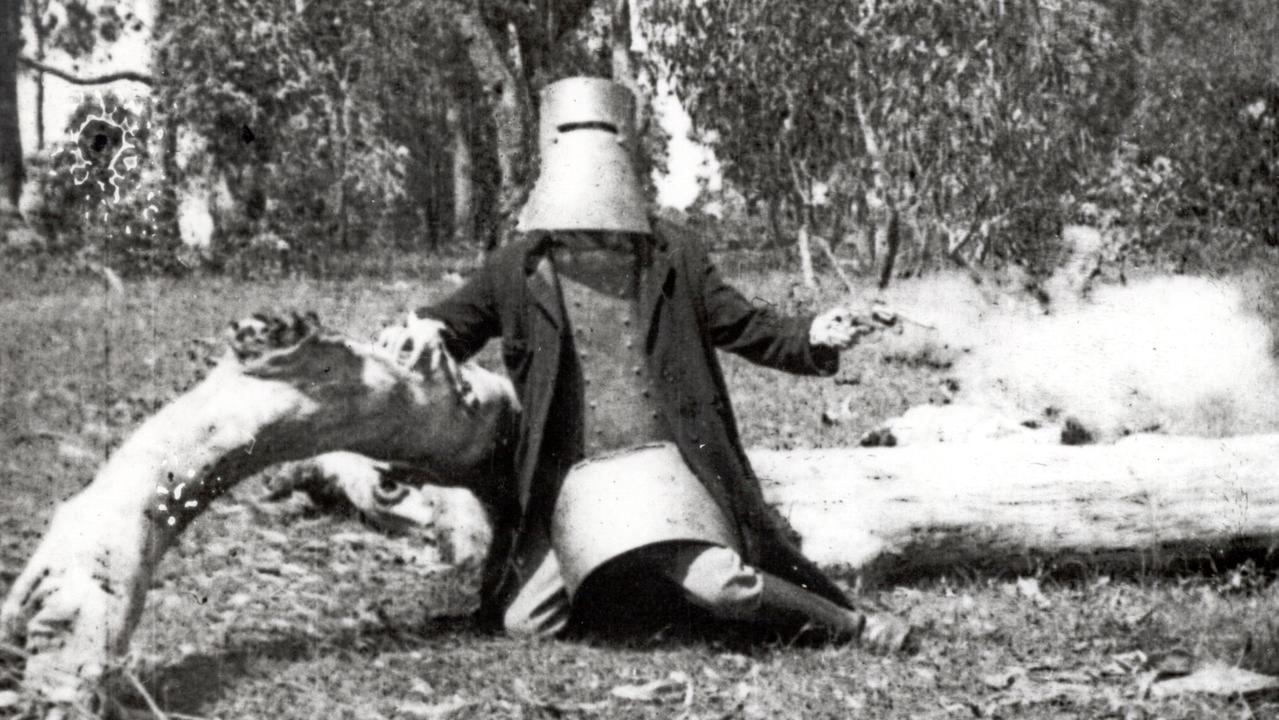 A scene from the early Australian film, The Story of the Kelly Gang (1906).

Thanks to the work of Brisbane-based medical researchers, Professor Ian Frazer and Dr Jian Zhiou, cervical cancer will no longer be one of the leading causes of cancer death for future generations of women.

Prof Frazer said a staggering 200 million doses of the vaccine had been delivered worldwide to date, helping prevent an estimated 300,000 deaths each year from cervical cancer.

But it did not happen overnight — no effective vaccine does.

“While the vaccine technology was developed by Jian Zhou and myself over one year in 1990, the product was developed and commercialised* over the next 15 years by (pharmaceutical* companies) GSK and Merck,” Prof Frazer said.

“The vaccine sets a great example of the impact of medical research on human health, and inspires other researchers to see their research translated into clinical* practice.” Professor Ian Frazer delivers the first dose of Gardasil vaccination against cervical cancer at the Princess Alexandra Hospital in Queensland in 2006 to Emma, who was then 13.

POLYMER BANKNOTES
Not so long ago, if you got money for your birthday, it was in the form of a grubby, torn, greasy piece of paper sometimes even repaired with a piece of sticky tape.

On Australia Day 1988, the Reserve Bank of Australia released its new invention: the $10 polymer bank note that was forgery resistant and durable. The technology has since been adopted by about 25 countries. 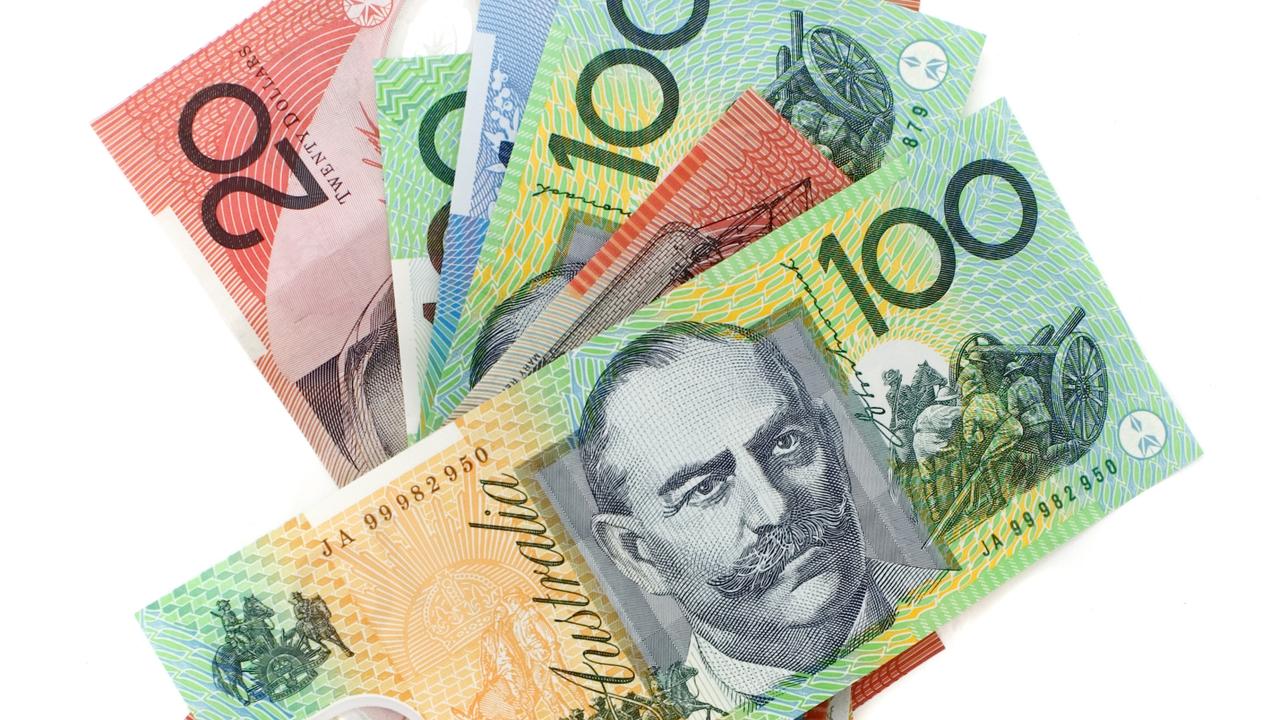 A pile of Australian polymer banknotes.

SPRAY-ON SKIN
Burns victims worldwide are the beneficiaries of the groundbreaking work of Professor Fiona Wood, the Perth-based plastic surgeon who, along with her spray-on-skin technology, became a household name when her team used the technique to treat victims of the 2002 Bali bombings.

Prof Wood and colleague Marie Stoner established a skin culture facility in 1993 that enabled them to take a small patch of the victim’s healthy skin and use it to grow new skin cells in the laboratory.

Their world-first technology evolved from a sheet product to aerosol or spray delivery and has significantly reduced recovery time and scarring for more than 1000 burns victims globally. HILLS HOIST
This seemingly humble backyard invention — a central post with a rotating frame of clotheslines atop — is a national treasure.

The Hills hoist is named for Adelaide man Lance Hill, whose wife asked for a clothesline in 1945. Mr Hill is often credited as the inventor and certainly built a big business from the clothesline, yet young Gilbert Toyne is thought to have actually pioneered the design as a 14-year old blacksmith apprentice. Etta (left), Milly (centre) and Amy from Wongawallan, Qld, threw a “retirement party” for their Hills hoist when they upgraded to a newer clothesline in 2018. Picture: Adam Head

ULTRASOUND IMAGING
Before you were born, your family carefully studied a little piece of paper with a grainy baby-shaped image on it, the only view they had of you until you were born. The image is thanks to the work of ultrasonic* experts David Robinson and George Kossoff.

In May 1962, the pair recorded Australia’s first ultrasound image of a foetus*. Their images were quickly embraced by the medical world as equal or superior to anything available in the world, placing the new Ultrasonic Research Group at the forefront of ultrasound research and technology. An ultrasound image of an unborn baby on the screen for the pregnant woman to see.

BLACK BOX FLIGHT RECORDER
The late Dr David Warren (1925-2010) was just nine when his father died in one of Australia’s earliest air disasters.

Later, investigating the 1953 crash of the Comet, the world’s first jet-powered aircraft, Dr Warren argued a cockpit* recording of final crew conversations and other sounds would be useful and by 1960 the black box was compulsory for all Australian commercial flights.

Today commercial aircraft around the world carry not one but two black boxes: a flight data recorder and a cockpit voice recorder. Some 100,000 black boxes based on Dr Warren’s design have been fitted to aircraft. 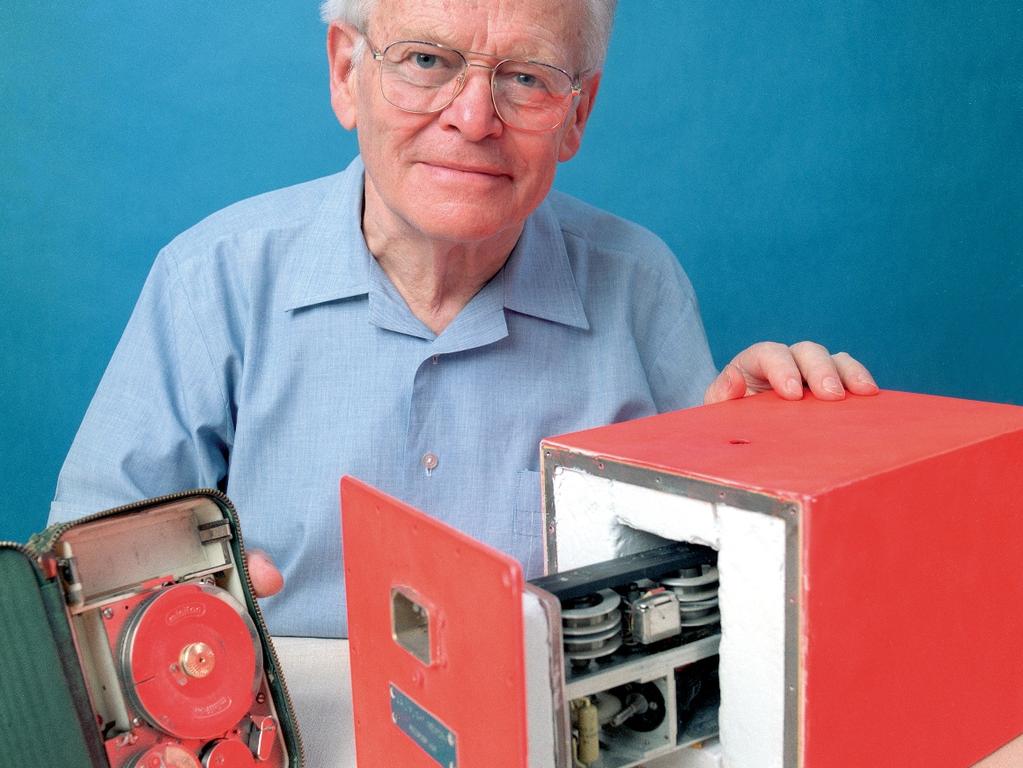 CLASSROOM ACTIVITIES
1. New Invention
Use your imagination to write a short paragraph on yourself and the invention you created to go on a list such as this in the future. You can be as creative or as humorous as you like. The paragraph should include what you invented, who with, where you made it up, why it was so useful and when it was introduced. It could be a funny invention or a serious one that you would like to see be invented in the near future.

Read your paragraph out loud to the class if you can.

2. Extension
On this list of Australian inventions, which one do you think is the most significant or has the biggest impact on today’s society? Explain your reasons.

HAVE YOUR SAY: What do you think is the most important Australian invention?
No one-word answers. Use full sentences to explain your thinking. No comments will be published until approved by editors.