The ship dates back to the time of da Vinci and Columbus and is so well preserved its masts and hull are intact. Picture: Deep Sea Productions/MMT

A 500-year-old ship in “pristine*” condition that dates back to the time of Leonardo da Vinci and Christopher Columbus has been found in the Baltic Sea*.

The incredibly well-preserved ship is so intact even after five centuries at the bottom of the sea, it looks “almost like it sank yesterday”.

Thanks to the cold, brackish* waters of the Baltic, the wooden ship has retained its hull* structure, all of its masts and its swivel guns are still in place on the deck.

There is also very little oxygen at the bottom of this part of the Baltic Sea, which means there are few living things to eat the wood.

Archaeologists* estimated the ship is from the late 1400s to early 1500s and described it as a “rare and astonishing” find, Southampton University reported.

This means it would predate English monarch* King Henry VIII’s ship Mary Rose, which sailed in the English Tudor navy in wars against France and Scotland between 1510 and 1545.

It also predates larger and more powerful vessels sunk during the Northern Seven Years’ War between Sweden and Scandinavia in 1563 to 1570.

An international team of scientists, including archaeologists from the University of Southampton, revealed the remains of the Baltic shipwreck in water 120m deep using underwater robotics.

The ship was first detected by sonar — which uses sound waves — in 2009. But it wasn’t until deep sea exploration specialists MMT led an expedition that the wreck was known to have great archaeological and historical significance*. 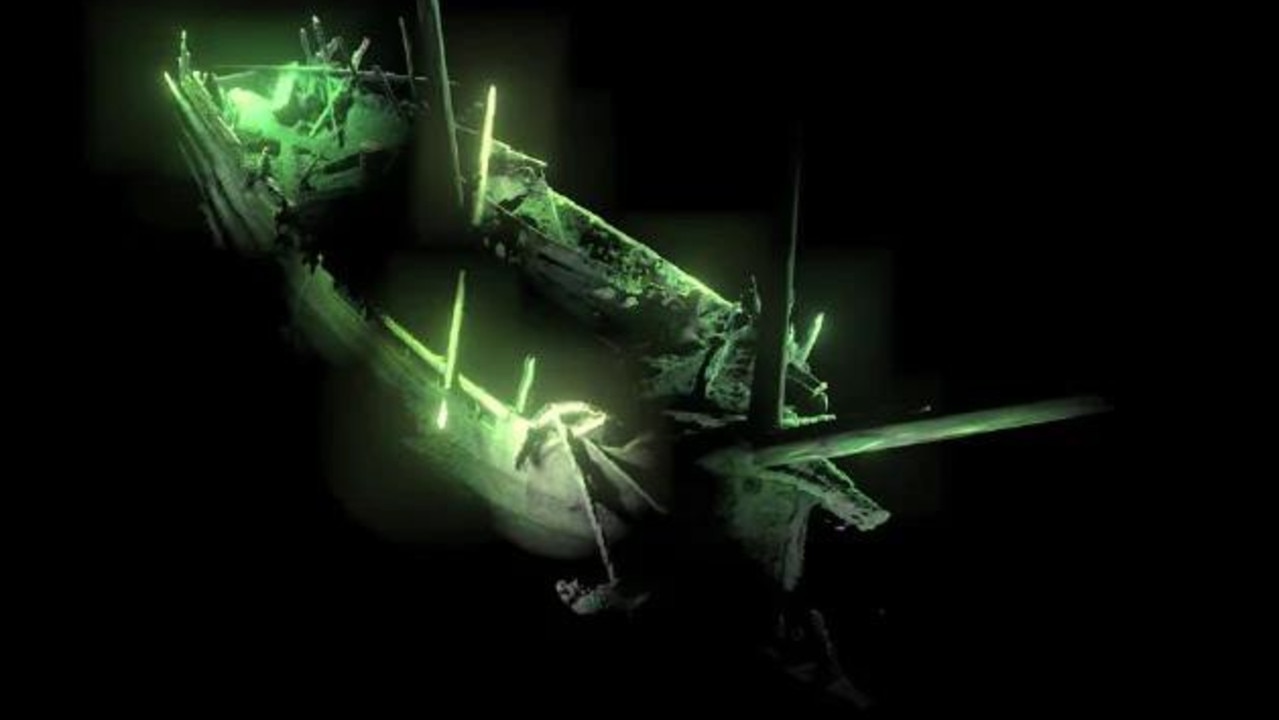 “It’s almost like it sank yesterday — masts in place and hull intact,” he said.

“Still on the main deck is an incredibly rare find — the tender boat, used to ferry crew to and from the ship, leaning against the main mast. 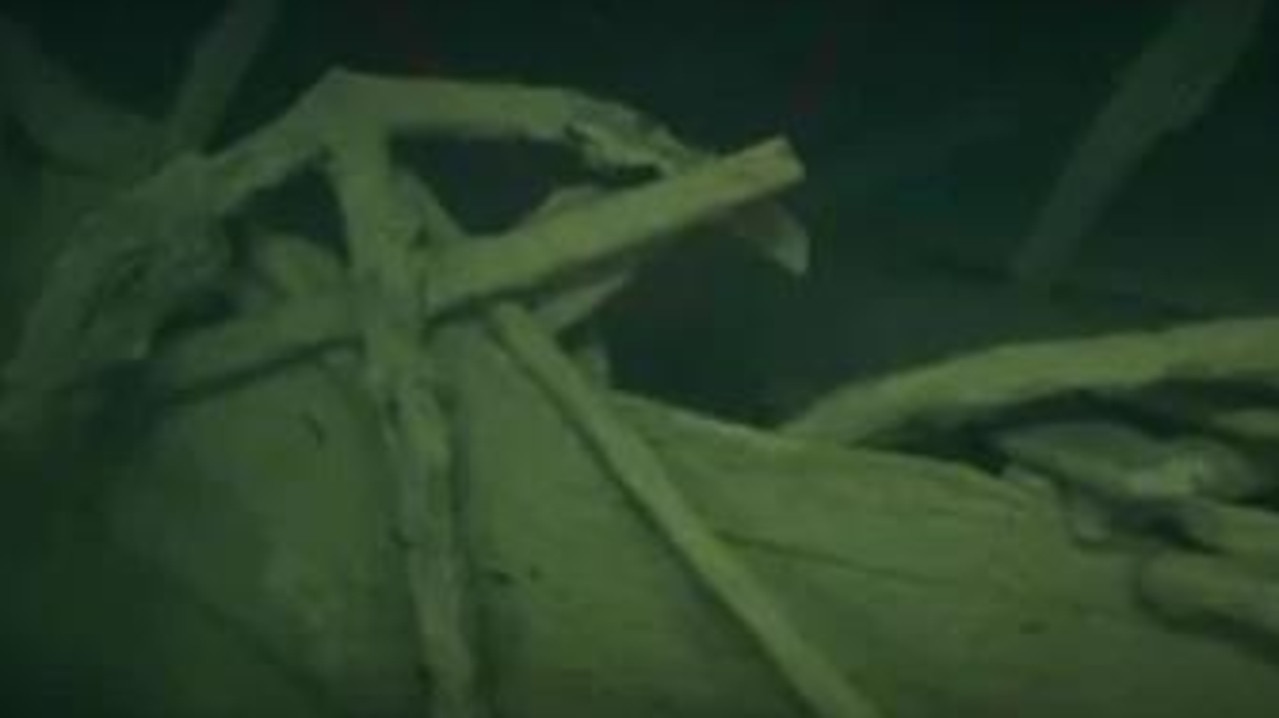 An anchor and perfectly preserved hull can be seen through the gloom. Picture: Deep Sea Productions/MMT

The ship could date from earlier than the other notable wrecks, warship Mars, which sank in the First Battle of Öland in 1564, and the Swedish warship Vasa (in 1628). The Vasa, displayed at the Vasa Museum in Stockholm, Sweden. The Vasa sank in 1628 and was brought to the surface 300 years later. Picture: AFP

But unlike the scattered remains of the Mars, which exploded in battle, this wreck lies on the seabed with her hull preserved from the keel* to the top deck and even some of the standing rigging still in place.

A model made by looking at photos of the wreck shows a clearly visible bowsprit* and a decorated transom* stern*.

Rarely seen on wrecks, are the wooden capstan (used to haul the ropes) and bilge pump, which is used to pump water out of the boat to stop it sinking. The robotic ROV undersea rover is launched from the ship called the Stril Explorer to dive down to the ancient ship on the seabed below. Picture: Deep Sea Productions/MMT

THE WORLD WHEN THIS SHIP SAILED
Archaeologists believe this ship sailed the Baltic Sea around the late 1400s to the early 1500s. Here are a few things we know happened around the same time. A replica of Christopher Columbus’ ship Nina sails past spectators in Detroit, US in 2001. Picture: AFP

1509-10 The Great Plague — an infectious disease — spreads across England

1523 The cacao bean is taken to Spain from South America CLASSROOM ACTIVITIES
1. What should you do?

Imagine you are the first archaeologist who discovered and explored the ship. Write a description of what you saw and the things that you found. Use plenty of descriptive words and lots of details to help your readers to understand how exciting and important your find is!

2. Extension
What do you think happened to the ship? How did it end up at the bottom of the sea? Write a story about the last voyage of this ship — and don’t forget to give it a name. Use information from the story to help you.

HAVE YOUR SAY: What would you like to discover at the bottom of the ocean? A ship, a new species, a lost city, a volcano? The possibilities are endless!
No one-word answers. Use full sentences to explain your thinking. No comments will be published until approved by editors.