The ship’s name, Endurance, can easily be seen on the stern of the wreck, discovered 3008m below the surface in icy waters of the Weddell Sea in Antarctica. Picture: Falklands Maritime Heritage Trust

The wreck of Sir Ernest Shackleton’s ship, Endurance, has finally been found off the coast of Antarctica 107 years after it sank.

The lost ship of the Anglo-Irish* explorer had not been seen since it was crushed by ice and sank in the Weddell Sea on November 21, 1915.

Last month, the Endurance22 Expedition set off from Cape Town in South Africa on a mission to find the vessel, one month after the 100th anniversary of Shackleton’s death.

And Endurance was finally spotted on March 5 at a depth of 3008m and some 6km south of the position recorded by the ship’s Captain, Frank Worsley, according to the Falklands Maritime Heritage Trust.

Even though the wreck has been sitting in water for more than a century, the expedition’s director of exploration, Mensun Bound, said Endurance was “by far the finest wooden shipwreck” he had ever seen. 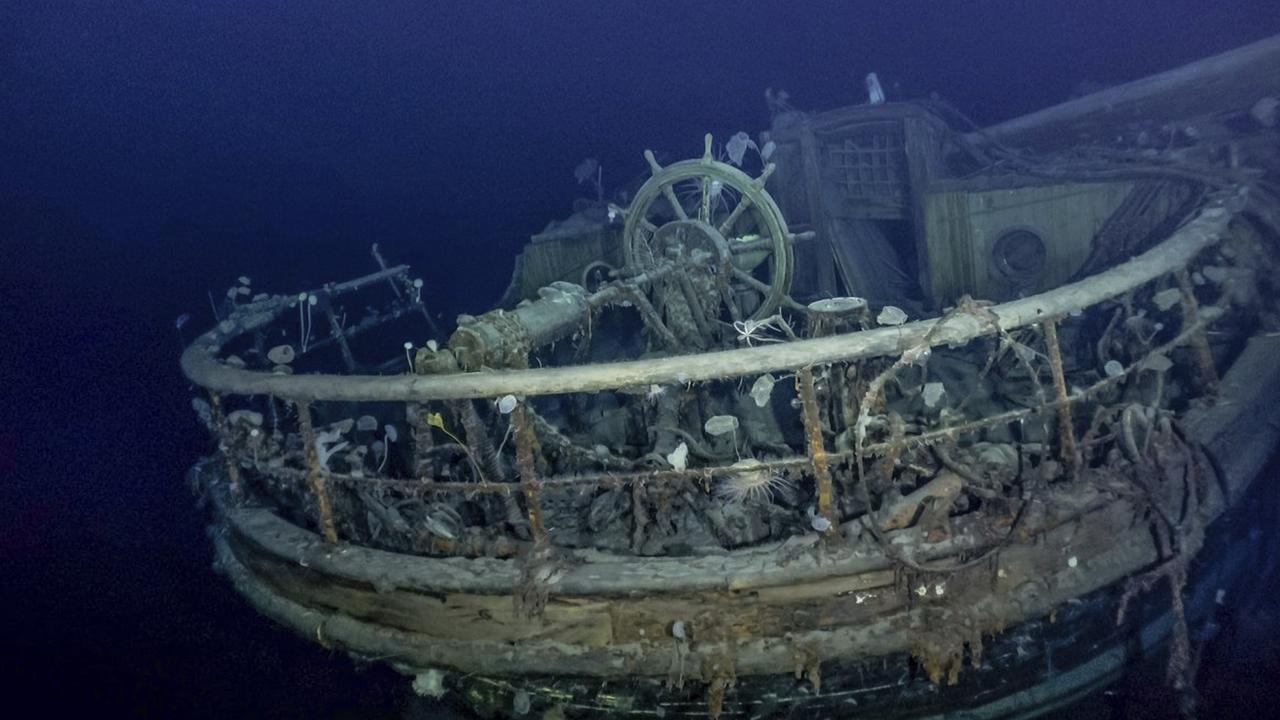 The shipwreck is a designated monument under the international Antarctic Treaty and must not be disturbed in any way. Picture: Falklands Maritime Heritage Trust

“It is upright, well proud of the seabed, intact and in a brilliant state of preservation,” Mr Bound said.

“You can even see ‘Endurance’ arced across the stern*, directly below the taffrail*.

“This is a milestone* in polar history.”

The ship is said to look much the same as when it was photographed for the final time by Shackleton’s filmmaker, Frank Hurley, in 1915.

The masts are down and the anchors can be seen, but the rigging is in a tangle and there is some damage at the bow*, likely to be from the moment the sinking ship hit the seabed.

The expedition team even spied some boots and crockery* on board. Endurance was trapped by ice and sunk on November 21, 1915. Picture: Frank Hurley

Mr Bound told the BBC: “Beside the companionway*, you can see a porthole that is Shackleton’s cabin.

“At that moment, you really do feel the breath of the great man upon the back of your neck.

“We found the wreck a hundred years to the day after Shackleton’s funeral. I don’t usually go with this sort of stuff at all, but this one I found a bit spooky.” Filmmaker Frank Hurley with his camera on the ice in front of the bow of the trapped Endurance in the Weddell Sea during the Shackleton expedition in 1915. Picture: National Library/Frank Hurley

The leader of the expedition to find Endurance, Dr John Shears, described the moment cameras landed on the ship’s name as “jaw-dropping”.

“The discovery of the wreck is an incredible achievement,” he said.

“We have successfully completed the world’s most difficult shipwreck search, battling constantly shifting sea-ice, blizzards, and temperatures dropping down to -18C.

“We have achieved what many people said was impossible.” Sir Ernest Shackleton, in 1915, was the leader of the expedition to Antarctica aboard the sailing ship Endurance. Picture: AP/Frank Hurley/Scott Polar Research Institute Royal Geographical Society

Shackleton had set out to make the first land crossing of Antarctica, but had to abandon the quest when Endurance was trapped by sea-ice.

Miraculously, the brave explorer managed to get his men to safety on foot and on small lifeboats.

The mission to find the lost ship was launched by the Falklands Maritime Heritage Trust using a South African icebreaker*, called Agulhas II, which is equipped with remotely operated submersibles*. 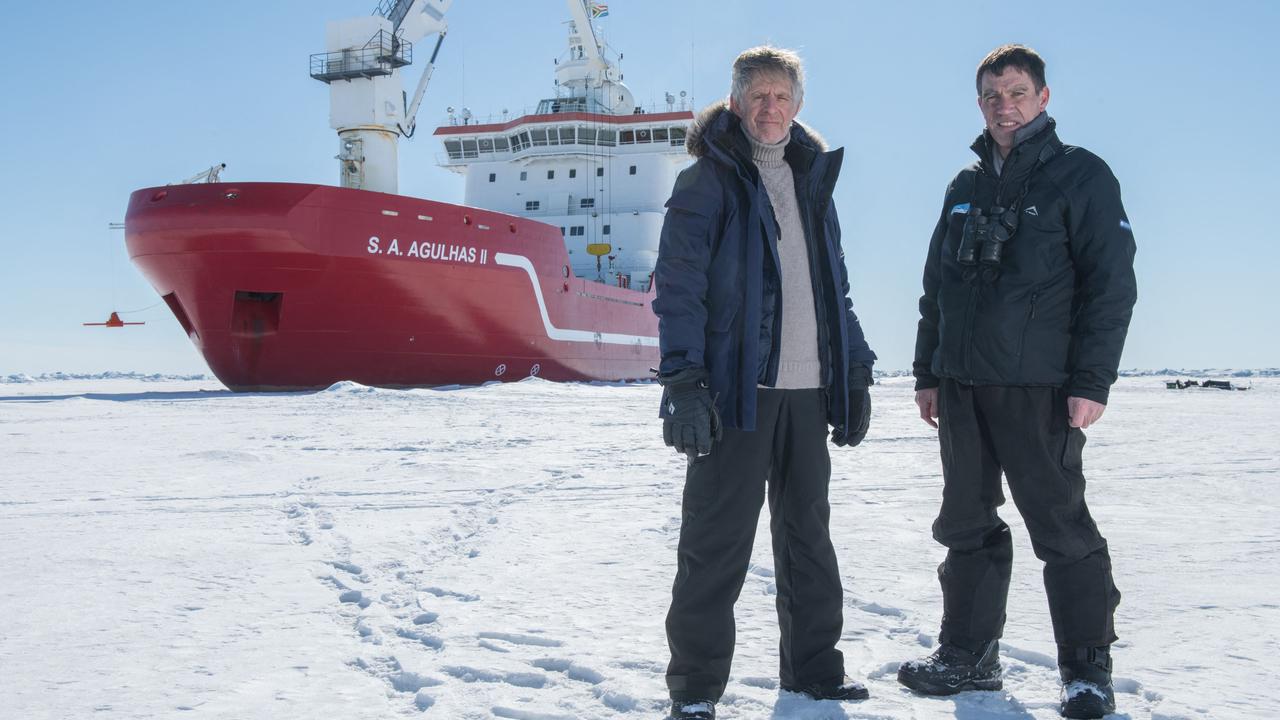 The shipwreck is a designated* monument under the international Antarctic Treaty and must not be disturbed in any way.

Deep-sea polar biologist* Dr Michelle Taylor, from Essex University in the UK, said the shipwreck had been taken over by an “impressive diversity of deep-sea marine life” including stalked sea squirts, anemones and various types of sponges.

The Agulhas II finished the survey of the historic wreckage and left the search site on March 8.

The icebreaker is now on its way back to Cape Town, but the team members plan to make a stop at the British Overseas Territory of South Georgia where Shackleton is buried to pay their respects.

This story was published by The Sun and reproduced with permission.

Tip: Look for words that relate to ships or Antarctica that wouldn’t usually be used when talking about any other topics.

2. Extension
Create a mini “picture dictionary” with ship related words. Include some of the Tier 3 words you found in the activity above and any others you think may be important for a person learning about ships to know.