Almost 100 years since work began to build the Sydney Harbour Bridge, we consider whether the judges chose the right design 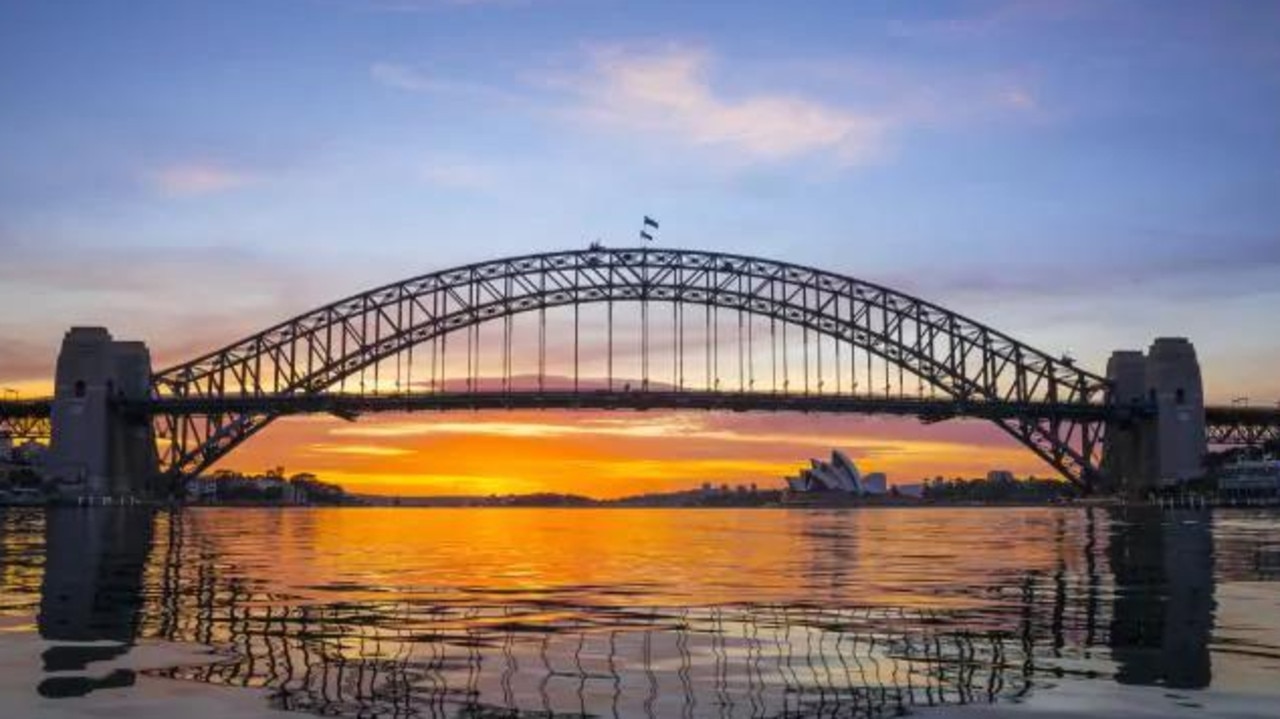 It is 96 years since one of Australia’s greatest landmarks — the Sydney Harbour Bridge — began to take shape.

But for 23 years before construction officially started on July 28, 1923, people were trying to make up their minds what the skyline-defining structure should look like.

Way back in 1900, the Australian government decided to hold a worldwide competition for the design and construction of a harbour bridge linking the south and north sides of the New South Wales capital city.

After several competitions over many years, Dorman Long eventually won the contract for the bridge we know so well today.

However, there were more than 70 other ideas from around the world that didn’t make the cut.

One of them — F. Ernest Stowe’s radical* three-way structure connecting Balls Head, Millers Point and Balmain with a memorial tower and hub on Goat Island — was only narrowly rejected by the government.

Out of curiosity about whether the government made the right call, insurance company Budget Direct commissioned* digital artists to recreate what the Sydney Harbour Bridge would look like if six of the rejected entries had won.

It then surveyed 1000 people using these images to see whether judges chose the right design.

It looks like they were probably right all along: 61.8 per cent said the winning design was their favourite.

The next most popular was Norman Selfe’s design, with 10.4 per cent of the votes.

THE OTHER DESIGNS
1. Norman Selfe’s design
Shortly after the competition kicked off, Australian engineer and inventor Norman Selfe came up with a design in 1902 that featured three arches.

His design was actually accepted by the NSW authorities.

The selection board said at the time: “The structural lines are correct and in true proportion, and … the outline is graceful”.

However, tough times hit the economy*, resulting in a new government that rejected the whole project, so the bridge remained unbuilt.

To add insult to injury, he couldn’t claim any prize money for winning the first competition or £20,000* for further work he did on the designs.

However, his legacy* in Sydney lives on, particularly on the upper north shore where the suburb Normanhurst is named after him. 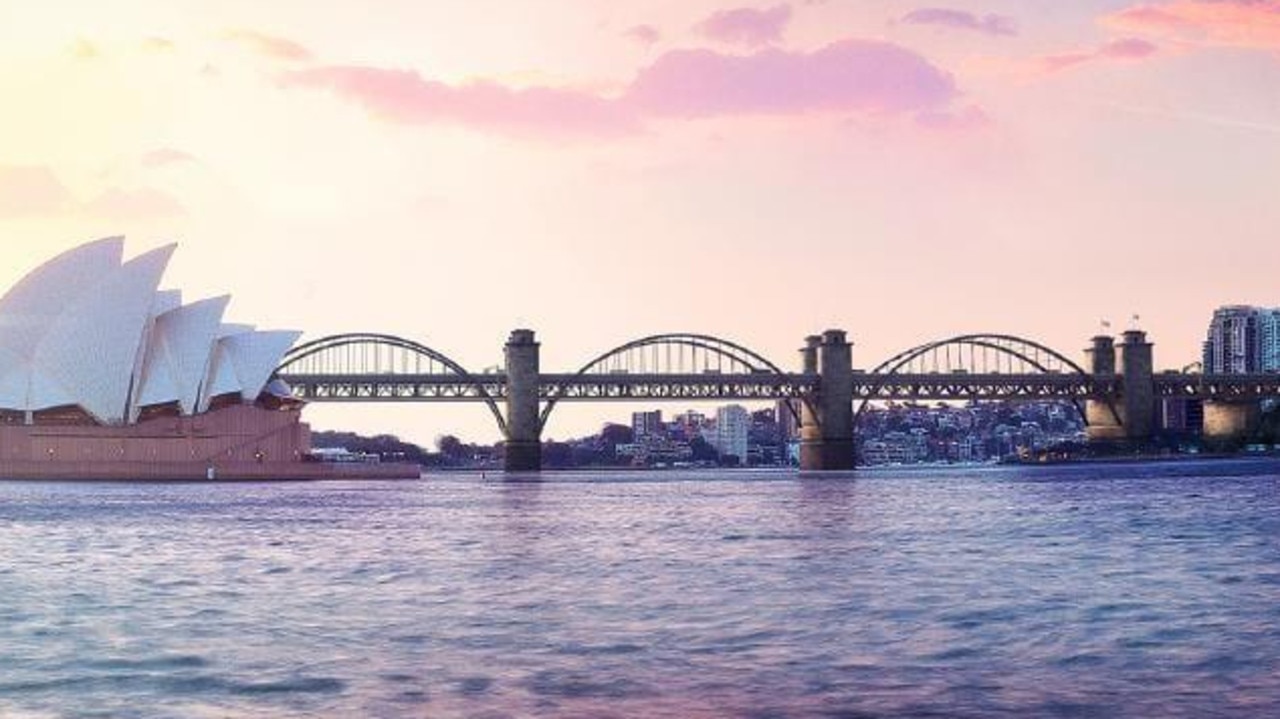 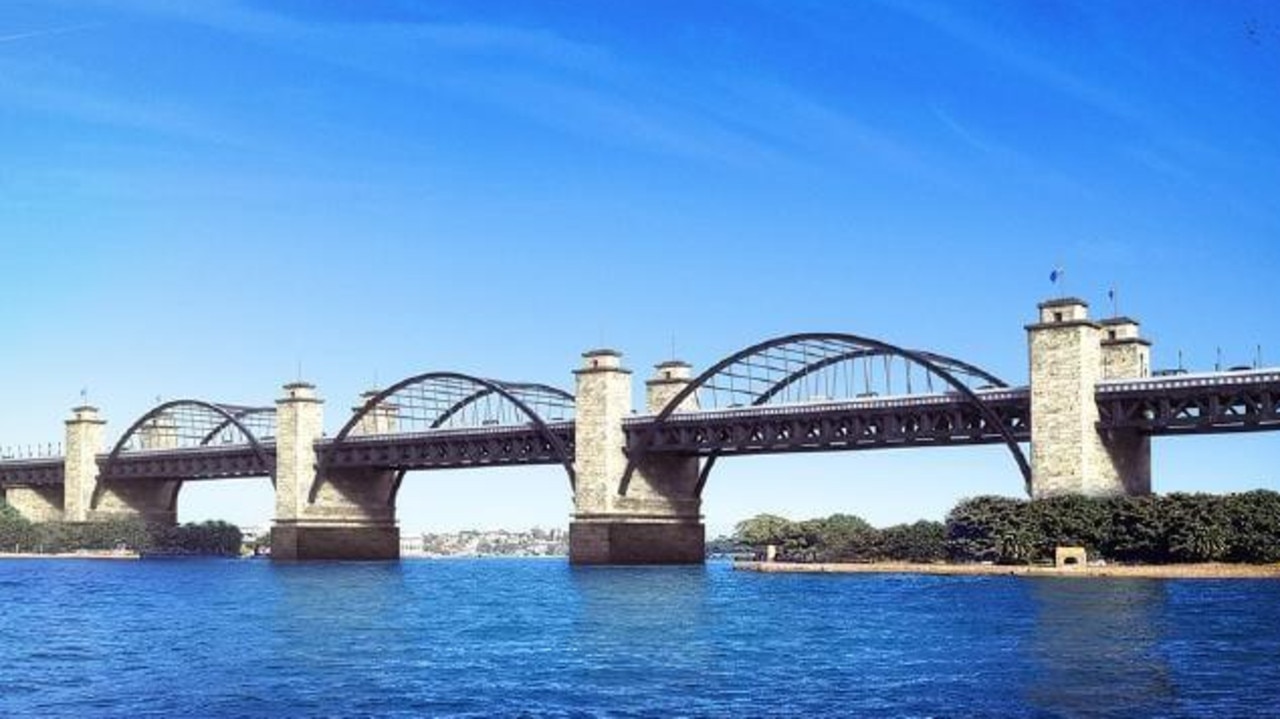 He won an early competition, but never saw any of the prize money. Picture: Budget Direct Travel Insurance

2. Dorman Long & Co. Ltd’s designs
Dorman Long, a steel company from northeast England, won the final competition in 1924 with the design that we all know and love. But it also submitted a total of seven alternative designs.

One of these was a cantilever* bridge with the centre span of 490m.

However, the design failed to meet the required specifications because they used precast concrete blocks rather than granite. Another design by the company was considered by judges to be “simple and elegant, but aesthetically* too severe for its setting”. This design was said to be ‘too severe’. Picture: Budget Direct Travel Insurance

3. F. Ernest Stowe’s design
Francis Ernest Stowe was an architect and engineer who practised at Parramatta, NSW and submitted this radical design in the 1922 competition.

The design links Balls Head, Miller’s Point and Balmain, meeting in the middle with a central tower on Goat Island. Goat Island would have been turned into a massive ANZAC memorial. Picture: Budget Direct Travel Insurance

The central tower was to be 152m high and was designed to double as a war memorial, with Goat Island renamed Anzac Isle.

He said at the time: “The whole of the material required for its construction can be manufactured in Australia, as the heavy weight-carrying cables are spun and formed from fine wire. The structural members need only be very light sections”. However, his ambitious plans were narrowly rejected by the government.

4. P.E. Henderson’s design
A bridge across the harbour was first proposed back in 1815 when architect and convict Francis Greenway suggested it to the Governor Lachlan Macquarie.

A floating bridge was planned in 1840 by naval architect Robert Brindley, but one of the

earliest known plans drawn up was this proposal by engineer Peter Henderson. This simple structure was one of the earliest designs for the bridge. Picture: Budget Direct Travel Insurance The pair went on to design bridges around the world. Picture: Budget Direct Travel Insurance

However, it wasn’t popular and the official report criticised the overall appearance of the design, saying that “the bridge would not have a pleasing outline”.

Despite this, the pair would successfully design bridges all over the world.

6. McClintic Marshall Products Company’s design
This American steel company was involved in the construction of the George Washington Bridge and the Golden Gate Bridge in the US.

It submitted this design, along with a number of others for the 1924 competition. However, it was not favoured by judges, who felt it wouldn‘t “harmonise* with its surroundings”. Keeping our Bridge as good as new

CLASSROOM ACTIVITIES
1. Pick the winner!
Look at the different designs for the Sydney Harbour Bridge. Rank them, in order, from number one being the best to number six being the worst design. Write sentences for each bridge explaining your choice. Your sentences must be as detailed as possible.

2. Extension
What makes a good bridge? List all of the things that you think a bridge designer or builder has to include or think about when they are designing a bridge.

HAVE YOUR SAY: Which bridge design do you like best? Why?
No one-word answers. Use full sentences to explain your thinking. No comments will be published until approved by editors.