Egypt has announced the discovery of a 4400-year-old tomb belonging to an important person from the fifth dynasty* of the pharaohs*.

Egyptian Antiquities* Minister Khaled al-Anani announced the discovery. He said the tomb was “exceptionally* well preserved” and included many statues of different sizes and colours.

The site of the tomb is in Saqqara, which is south of the Egyptian capital, Cairo. Saqqara is also home to Eygpt’s first pyramid, called the Step Pyramid or Pyramid of Djoser.

Ancient Egyptians built tombs to put their mummified* bodies, jewellery and other valuables in after they died as they believed that would help them live forever. The richer the person, the grander the tomb.

Egyptian officials have reported that this tomb belonged to an important priest named “Wahtye”, who was alive during the fifth dynasty of the Old Kingdom, when a man named Neferirkare was King. The tomb of the important priest “Wahtye” at Saqqara 30km south of the Egyptian capital Cairo. Picture: AFP

Experts said the tomb is decorated with scenes of the priest and his family and hieroglyphic* carvings of his mother’s name, which was “Merit Meen”, and his wife’s name, which was “Weret-Ptah”. Ancient Egyptians believed that if someone’s name was remembered they would live forever. 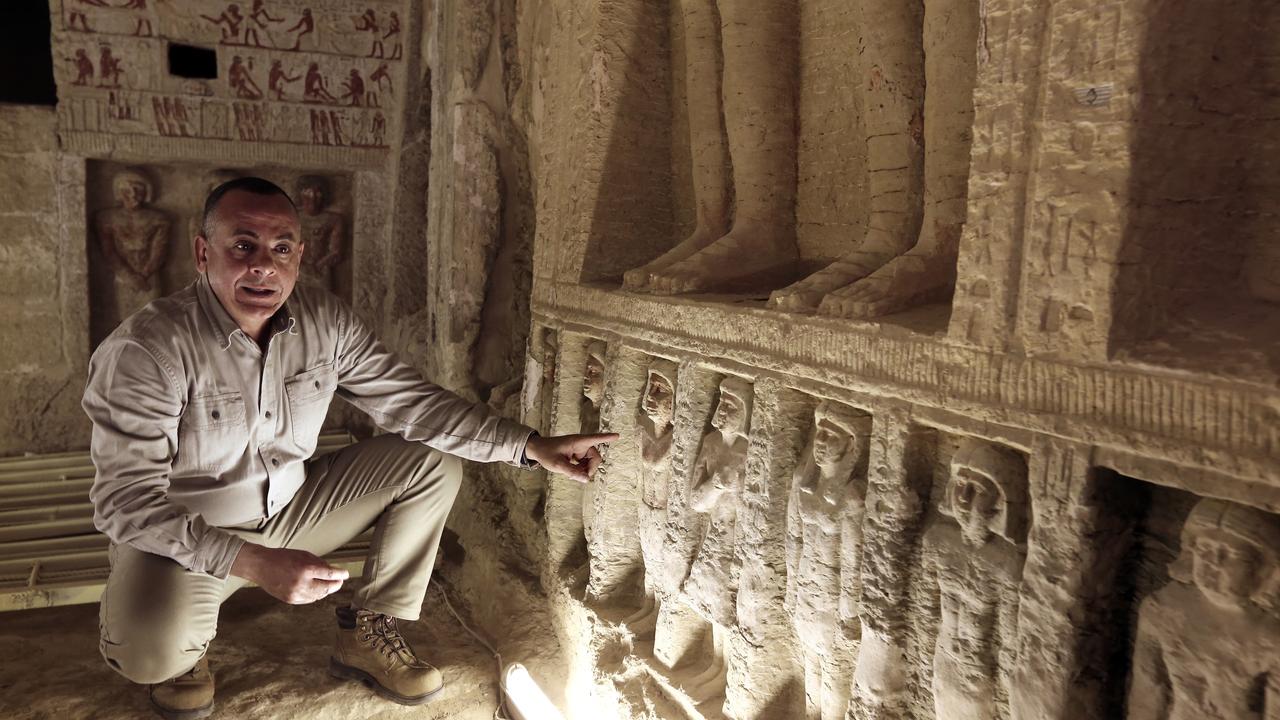 Mostafa Waziri, of the Egyptian Supreme Council of Antiquities, speaks inside the tomb. Picture: AP

The number of tourists visiting ancient sites in Egypt has declined* since 2011 when there were violent protests against the government. Egypt is keen to promote new archaeological finds in the hope of attracting more visitors. 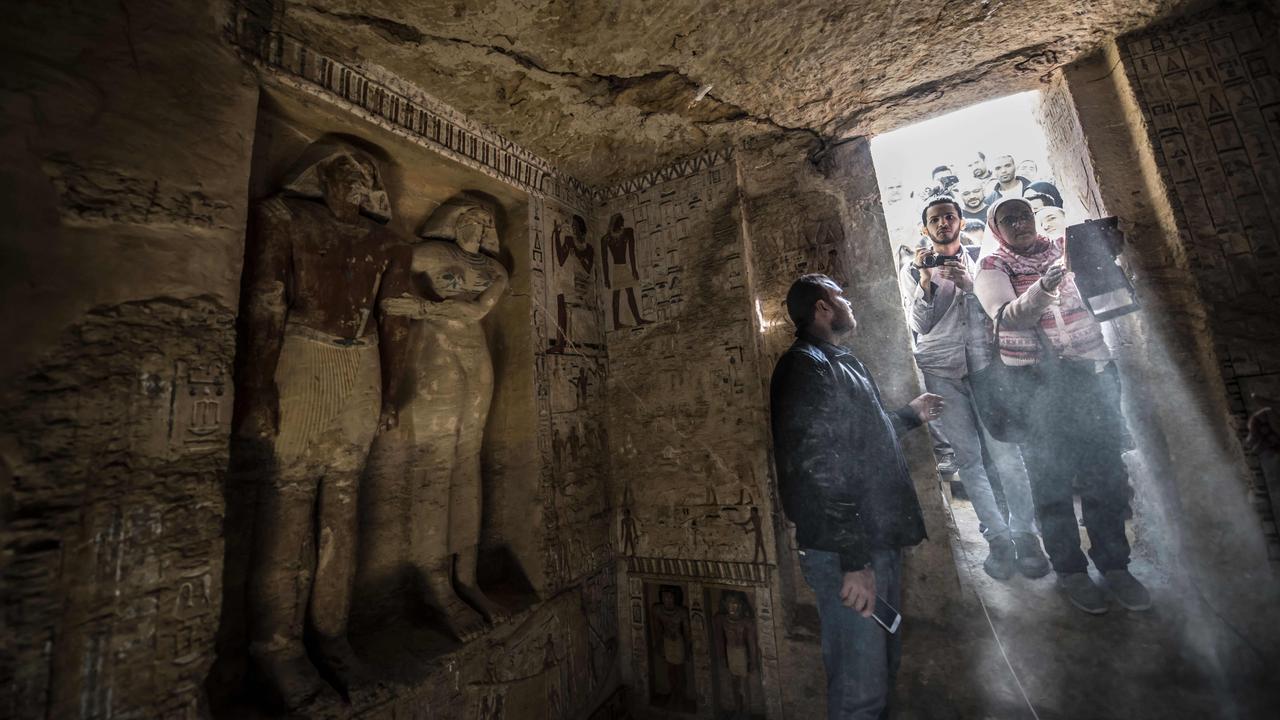 ANCIENT EGYPT
Ancient Egypt was a rich civilisation on the Nile River in North Africa. It was an oasis* of fertile farming land for crops and animals including cattle, sheep, goats, pigs, ducks and geese. It was surrounded by deserts. It is thought that 1-3 million people lived there.

Historians describe Ancient Egypt with a series of dynasties. Each dynasty is a series of rulers from the same family. 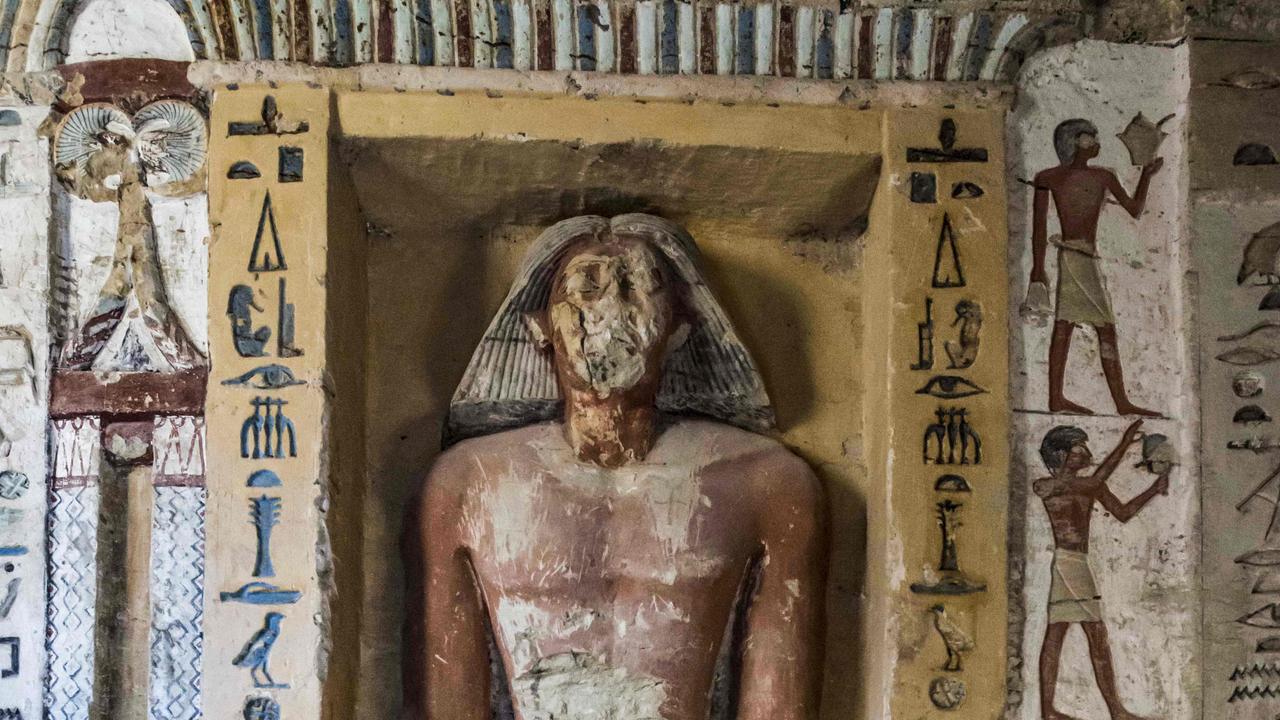 The well-preserved tomb is decorated with scenes showing the royal priest alongside his mother, wife and other members of his family. Picture: AFP

The first described dynasty began about 5000 years ago, when small settlements around Ancient Egypt began to be controlled by one ruler, thought to be either a king named Meni or another king named Narmer. Historians call this the Early Dynastic Period.

The Pyramids of Giza and the Great Sphinx are from the next period, called the Old Kingdom, which began about 4600 years ago. This was a time of huge advances in architecture, art and inventions. 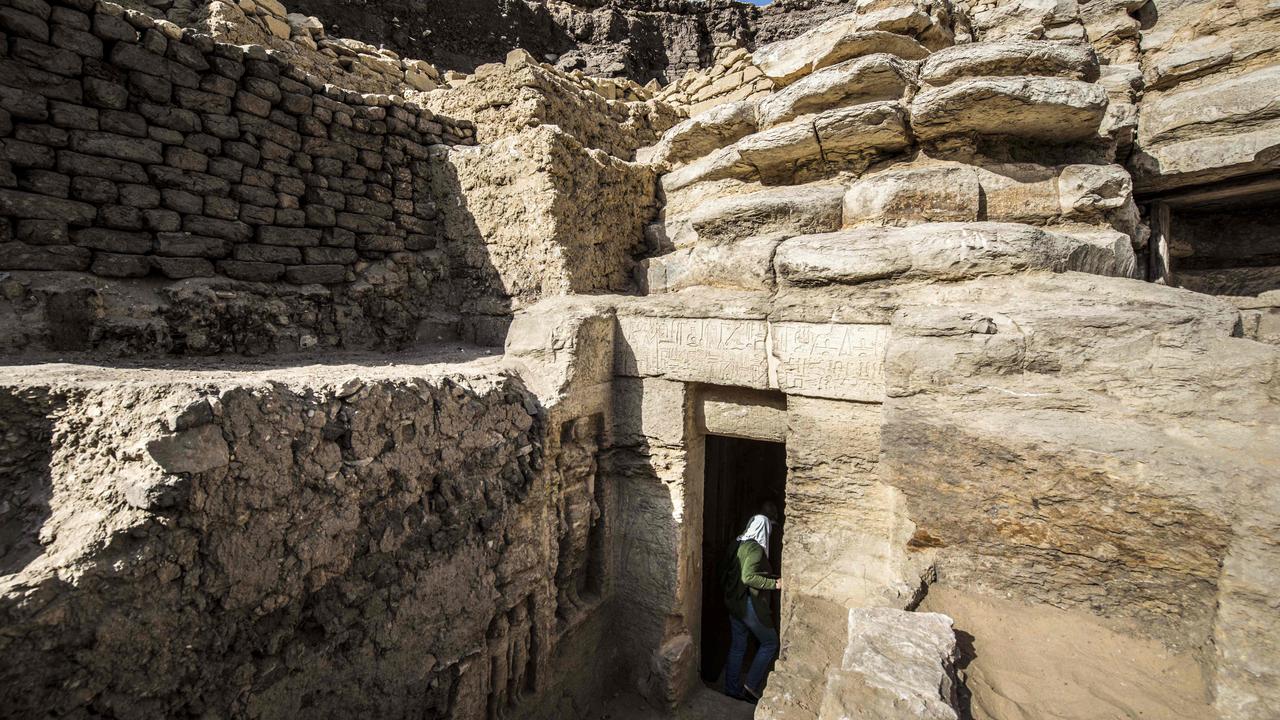 The entrance of the newly-discovered tomb. Picture: AFP

The tomb found in Saqqara is from about 4400 years ago, from the early years of this period called the Old Kingdom. 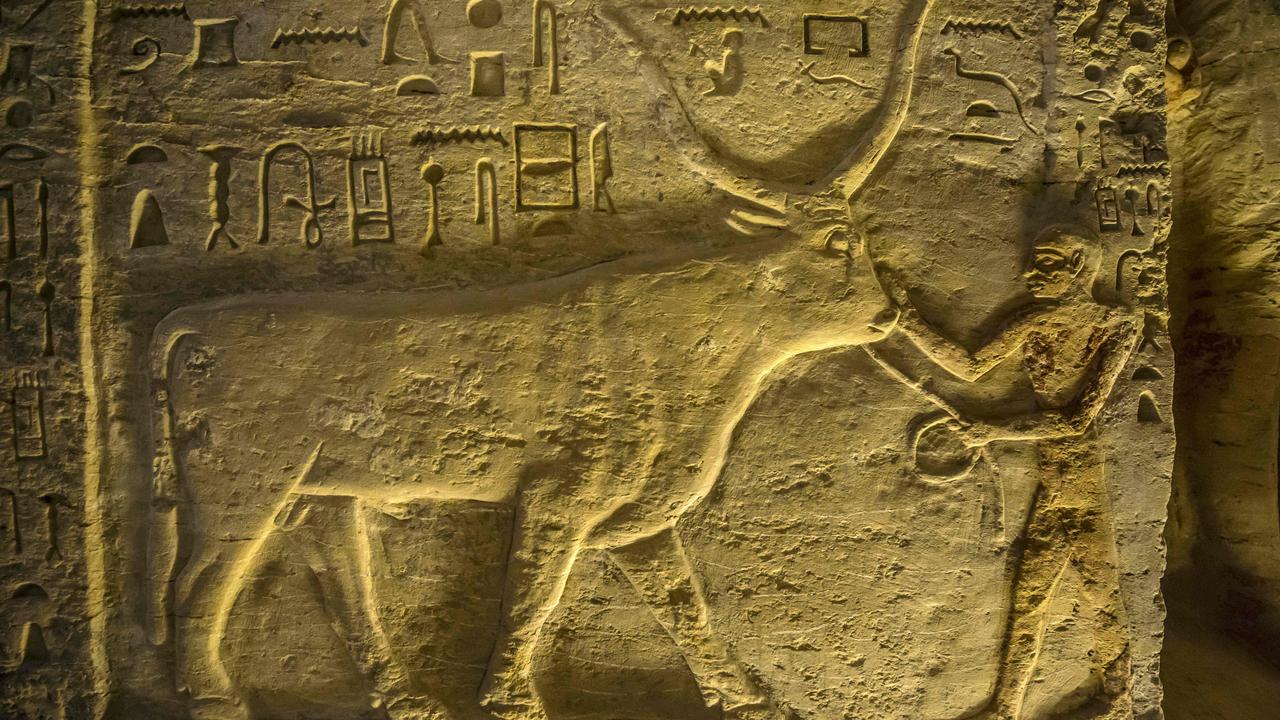 A carving of cattle and a man and hieroglyphics, which was the written language of ancient Egypt. Picture: AFP

CLASSROOM ACTIVITIES
1. An Egyptian holiday
The article mentions several landmarks that a tourist visiting Egypt might visit. Draw three “photographs” that you might take if you visited Egypt and write a short (1-2 sentences) caption for each one.

2. Extension
Locate Egypt on a world map or globe.

Find the capital Cairo and the site of the newly discovered tomb, Saqqara.

Use your finger to trace along the path of the Nile River.

Name the bodies of water adjacent to Egypt.

HAVE YOUR SAY: Share your favourite fact about Ancient Egypt. What do you find most interesting? Why? What do you want to know more about?
No one-word answers. Use full sentences to explain your thinking.