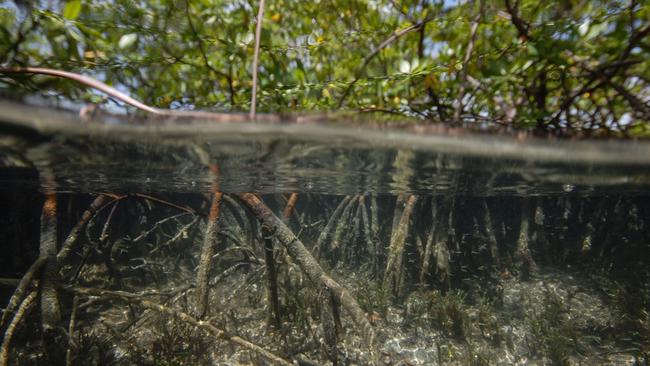 The discovery of a giant bacteria is giving microbiology a ‘shake up’, as the whopper found in mangrove water up-ends what was previously known about the size and structure of a single cell The 2021 Census data reveals a nation of 25.5 million people of diverse backgrounds, speaking a number of languages, practising different religious faiths and living in a mix of dwellings 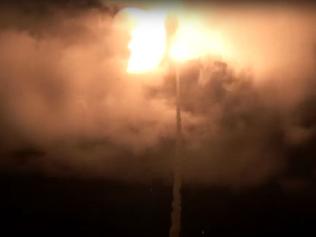 A NASA rocket lit up the skies above the Arnhem Space Centre at Sunday night’s launch, the first rocket to leave Australian soil in 26 years and the space agency’s first outside the USA

What do I have to do to pester Putin?

Ancient giraffe ancestor was a headbanger

An ancient relative of today’s docile giraffe was a hardened, head-bashing battler, as males slugged it out in a bid to win a female mate around 17 million years ago in the grasslands of China

Parents cherish every artwork that makes it home, but if the exploding international interest in 10-year-old Californian Andres Valencia is any measure, not all classroom art is created equal

Queen Elizabeth II has been on the throne for 70 years, longer than any other British monarch before her. You’ll never guess how Australia celebrated the milestone

Australian cyclist Jai Hindley has won the Giro d’Italia, becoming only the second Aussie to take a Grand Tour title as he reunites with his parents at the finish line after more than two years apart

A Melbourne palaeontologist has shared some of his favourite dinosaur facts as the creatures take centre stage on their international day. WATCH THE VIDEO

Young Aussies quite keen on Queen

Brought back by Apollo astronauts, soil from the moon has stunned scientists by supporting plant growth despite billions of years of cosmic radiation and solar wind on the lunar surface

Victoria has become the first state or territory in Australia to introduce a ban on the Nazi swastika, a symbol of racism and hate since World War II and the Holocaust

Beacon to send out message to aliens

No ordinary invitation to meet the neighbours, NASA’s new Beacon in the Galaxy signal includes plans to mark out Earth’s location for any aliens living in the Milky Way

Born in 1903, married a century ago and recognised by Guinness World Records as the planet’s oldest person, Kane Tataka has passed away peacefully in her home country Japan

Australians turn out in force for Anzac Day

After two years of Covid interruptions, hundreds of thousands of Australians turned out to honour our servicemen and women at full-scale Anzac Day services and marches

Spinosaurus’ underwater life was in its bones

Each year on April 25 we commemorate Anzac Day. Kids News explains how the day began, what it means and how there’ll be a return to tradition after two years of Covid-19 disruptions

Mysteries dating back to the dawn of the cosmos may be one step closer to being solved as the Hubble telescope detects a super-hot, super-bright giant star formed nearly 13 billion years ago

New pterosaur fossils from the Late Jurassic period suggest these flying predators had two stomachs, great for digesting unlucky prey they gobbled in one gulp

A nationwide ban on homework for Aussie kids is news worth celebrating … or is it?

Why do we have daylight saving?

As many Australians prepare to wind back their clocks to regular time this weekend, let’s take a look at where daylight saving came from and why some states have it and others don’t

NASA has opened a 1972 sealed sample, taken from the lunar surface by the astronauts of Apollo 17 during the last manned mission to the moon

The iconic and beloved Sydney Harbour Bridge turns 90 on Saturday, March 19, and the NSW capital plans to party like it’s 1932

A well-preserved, 10-armed fossil puts octopuses on Earth ahead of dinosaurs, more than 80 million years earlier than previously thought

Antarctic explorer Ernest Shackleton’s ship, Endurance, hadn’t been seen since it was crushed by ice and sank in 1915 – until now

McDonald's is closing its doors in Russia, joining other big businesses in pulling out as a protest against the country’s invasion of Ukraine

Dubbed the Mona Lisa of fossils, Horridus is the most complete and finely preserved Triceratops in the world. And it’s right here in Australia

Rain could last until August

The east coast of Australia could be in for a wet, wet, wet autumn and winter as La Niña looks set to be here for the long haul

Fly your name to the moon

T-rex may be three different species

Tyrannosaurus rex might have to make room on the dino royal throne, with experts believing there could be two more distinct species of T-rex dubbed the emperor and the queen

School’s out as Qld floods cause havoc

A deadly eastern brown snake became an unlikely saviour to mice and frogs during severe flooding, as Queensland closed nearly 1000 schools and the storms headed south to northern NSW

After spending time with the Prince of Wales last week, Queen Elizabeth II has also tested positive to Covid-19 and reportedly has ‘mild, cold-like symptoms’

After a bone-rattling, heart-stopping slide to the finish line, Jaclyn Narracott has won silver in the skeleton, delivering Australia a fourth Winter Olympics medal for the first time in history

After more than two decades of service as the temporary home of astronauts in space, the International Space Station will plunge into a South Pacific safe zone in January 2031

Jakara Anthony dominated the women’s moguls from the start and got her fairytale finish, winning a gold medal and capping off a historic day for Australia that started with Tess Coady’s bronze

Australian maritime researchers believe they have found the wreck of HMS Endeavour, which Captain James Cook sailed to Australia in 1770. But US researchers have slapped down the claim

3D printer pumps out a pizza

Microwave ovens were huge when they hit the market, but this revolutionary food appliance prints food using edible paste as ink

Wild horses to be reined in

Australia’s worst maritime tragedy created an 80-year mystery – but after 15 years of DNA testing, the Unknown Sailor has been identified at last

What is World Children’s Day all about?

What is Remembrance Day all about?

The 11th hour of the 11th day of the 11th month is a special time to remember those who have fought and died for our country. Find out more about Remembrance Day and what it signifies

Baleen whales are gigantic climate change crusaders, thanks to their huge hunger for krill – now they just need their own natural environment restored

Pompeii archaeologists have found a ‘slave room’ that they believe housed chariot handlers in the ancient city, before Mt Vesuvius erupted nearly 2000 years ago

Child soldier’s tale is our book of the month

Imagine finding yourself alone in a war at the age of six. Author Katrina Nannestad transports us to Russia in 1942 and into the life of Sasha. Start reading Rabbit, Soldier, Angel, Thief here

Tips for a Covid-safe Halloween

Halloween fun might look a bit different this year. Take a look at our tips for safe trick-or-treating and find out where this spooky tradition came from

The preserved skeleton of a 66-million-year-old herbivore has set a new record price for triceratops sales, after a private American collector paid big bucks for ‘Big John’

Sword from Crusades salvaged at sea

Diver recovers a stunningly preserved ancient relic off the coast of Israel, from the dangerous days of knights, armour and swords

Golden girls could finally get Olympic due

The asteroid that slammed into Earth 66 million years ago was bad news for dinosaurs, but not for snakes that dined out on the mammals and birds that thrived after the removal of dino predators

Australia is headed to space, signing a NASA deal to deliver a rover that will collect soil samples from the surface of the moon

A joint European-Japanese spacecraft has completed the first of six planned fly-bys of Mercury, using the planet’s gravity to start slowing itself down

The winners of the Kids News Bushfire Poetry Competition have had their poems included in the book Fighting Spirit: A tribute to the bushfire-affected communities of Australia’s Black Summer

Without tourist trade keeping taxi fares ticking over in the Thai capital, one Bangkok cab company has devised a novel solution to help feed its unemployed drivers

Fraser Island to be renamed ‘paradise’

Queensland’s spectacular Fraser Island, the world’s largest sand island, is to be renamed K’gari, the word for “paradise” in the language of the area’s traditional owners

What stories really matter to you?

NASA’s Mars rover Perseverance has successfully collected a rock sample from the Red Planet, while China follows up its own Mars mission with a new prototype

The 43-million-year-old fossil of a fierce, four-legged whale species has been named after the ancient Egyptian god of death

Heritage is more than just buildings and other things we can see from the past, with a local council recognising the heritage value of the smell of Vegemite being made at an old Kraft factory

Some states are adopting official fossils to join their traditional animal and flora emblems. See what relics are in the running to become the official fossil of Victoria

Chinese giant panda Kai Kai has become a mum in Singapore after a seven year effort, giving birth to the country’s first ever cub

Parents are worried the shift to a cashless society means teens aren't learning the value of money. How smart are you with money? 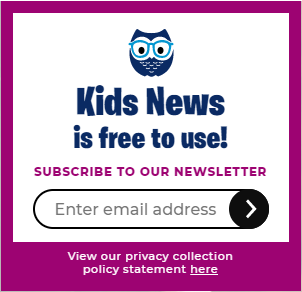