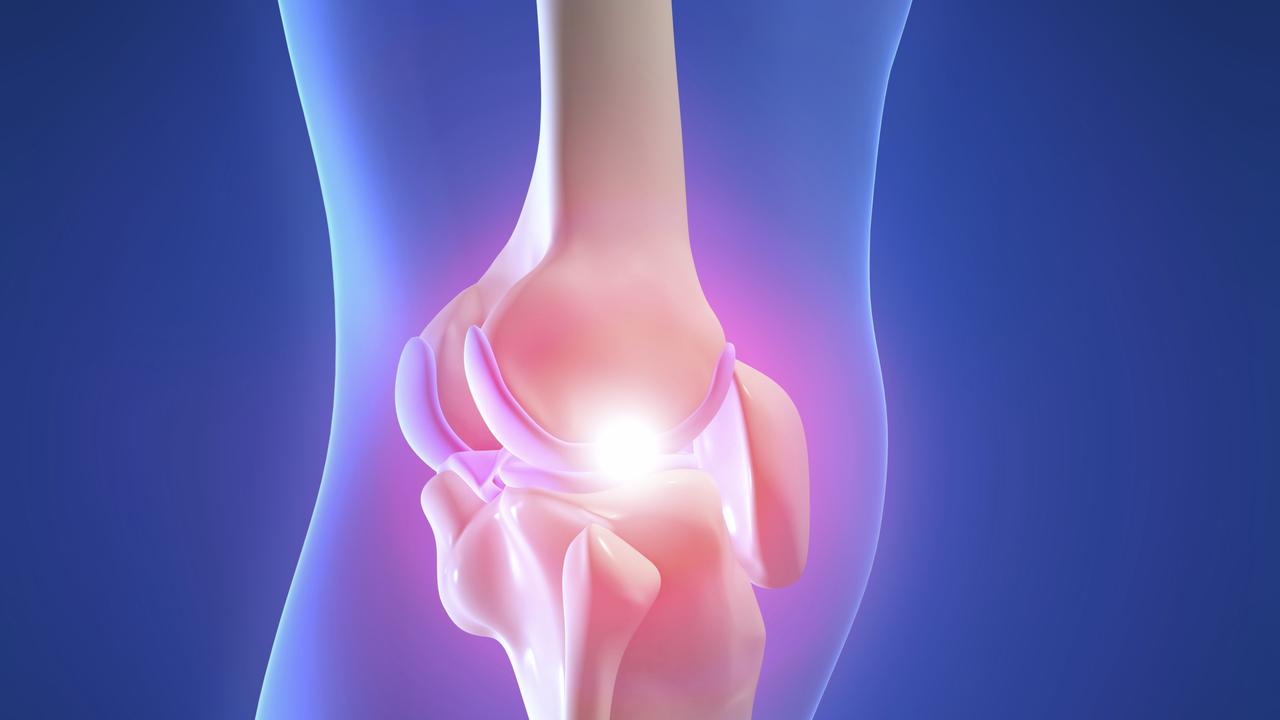 A drawing of the human knee joint.

Long, strong kangaroo tendon could soon be transplanted* into injured human knees, ankles and shoulders if trials by the University of Sydney are a success.

Tendons are strong, flexible, non-stretchy parts of the body that attach muscles to bones.

Tests have already shown that kangaroo tendon is six times stronger than human cruciate ligament, so they could be used in place of torn ligaments in human joints. Ligaments are tough bands that connect bone to bone. Cruciate ligaments are a pair of ligaments that cross the knee joint to connect the thigh (femur) bone to the shin (tibia) bone. 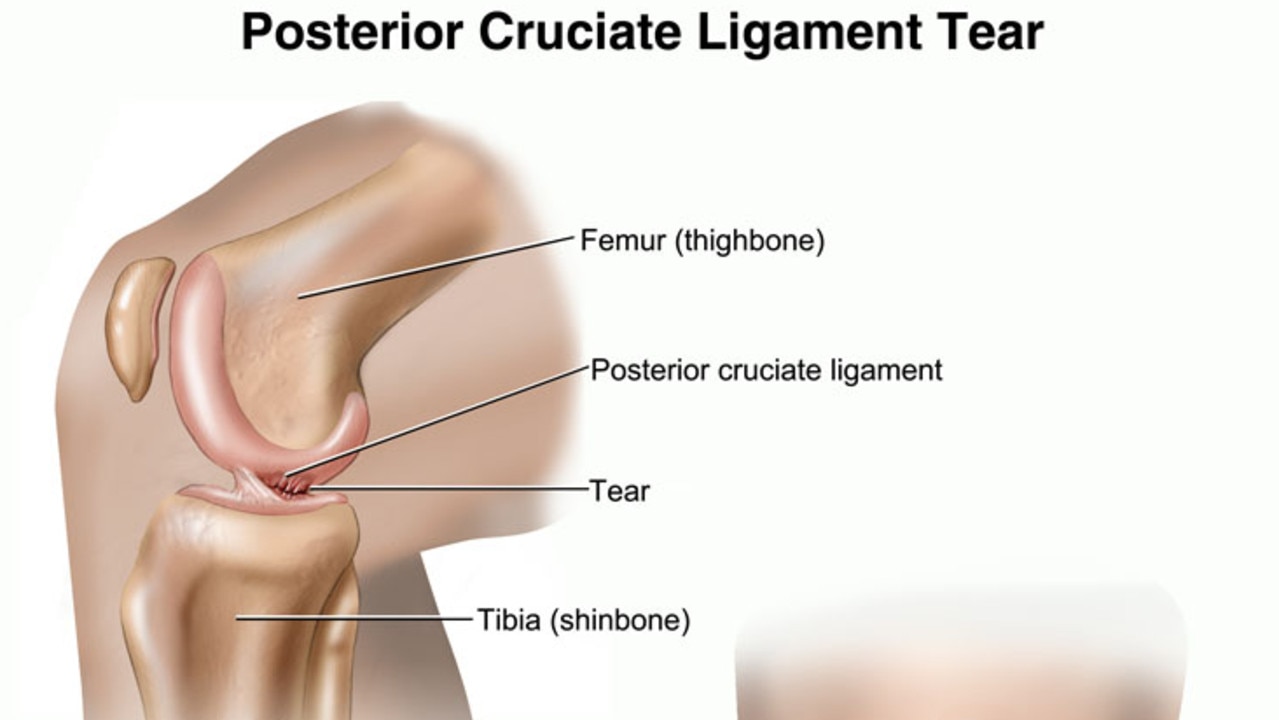 Over the next three years, Australian surgeon* Dr Nick Hartnell and researchers at the University of Sydney will test kangaroo tendons for transplanting into human joints. Dr Hartnell is an orthopaedic surgeon, which means he repairs problems with bones, muscles and joints.

The other part of the trial is to test 3D-printed screws, to attach the kangaroo tendon to the bone.

Success in the trials will help solve a big problem around the world. Just in Australia, there are 15,000 knee reconstructions* every year to repair the anterior (front) cruciate ligament, often called the ACL. Just this weekend, Sydney Swans AFL player Alex Johnson injured his ACL in only his second game since the 2012 AFL Grand Final. He has already had five reconstructions and several other repair operations on his left knee. 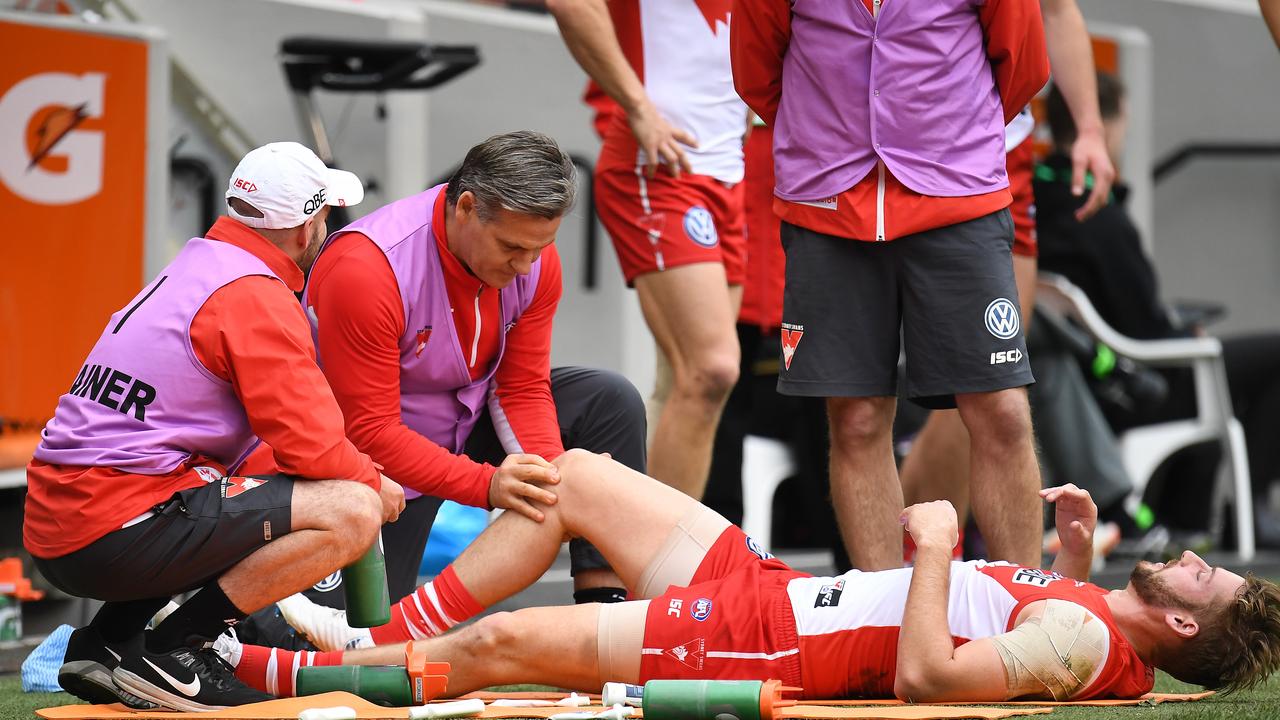 Alex Johnson of the Sydney Swans after injuring his knee at the MCG. Picture: Adam Trafford/AFL Media/Getty Images

Success could also make the companies who are paying for the trials a lot of money. Ligament and tendon repair work around the world is worth about $10 billion every year. The companies are Allegra Orthopaedics, Bone Ligament Tendon (BLT) Pty Ltd and the Innovative Manufacturing CRC Limited (IMCRC).

The materials and techniques* used now to repair ligament injuries are not working perfectly.

“Materials used in ligament reconstructions come from three sources: humans, pigs, and synthetic* constructs, and each has drawbacks*,” said Dr Elizabeth Clarke, who leads the kangaroo tendon-testing project with Professor Christopher Little, both of the University of Sydney. One of the ways to repair ligaments now is to use a synthetic, or man-made material. This sometimes works well but is not a perfect solution as it sometimes breaks, leaving broken bits loose in the knee and requiring another operation.

Man-made material breaks easily. Material transplanted from another part of the injured person’s body, such as the hamstring at the back of the thigh, needs a second wound to take a piece of the hamstring, which means recovery can take a long time. And ligaments taken from pigs are only 3cm long, which is not long enough for human joints.

“Kangaroo tendon has a similar composition* to humans but is longer and has better mechanical* properties*, which makes it an exciting natural product that could be used in a range of surgical procedures*,” said Dr Hartnell. Kangaroo tendon is long and strong. Tendon from the tail and Achilles, at the back of the lower leg, will be used in the trial.

Kangaroo tendons used in the project will be taken from the tails and Achilles tendons thrown out as waste when kangaroos are harvested for meat. The Achilles tendon runs from the heel to the lower leg. On your own leg, it feels like a piece of thick rope at the back of your ankle.

transplanted: taken from somewhere else and put somewhere new

synthetic: man-made, not made by nature

composition: what it is made from and its structure

mechanical: how something moves

properties: its features, such as whether it is heavy or light, soft or hard, liquid or solid

1. How much stronger is kangaroo tendon than human cruciate ligament?

2. What does an orthopaedic surgeon do?

3. What will the other part of the trial test?

4. What three sources are there now for repairing these type of injuries?

5. Where is the Achilles tendon?

1. Be a news reporter

Imagine that you are a reporter for Kids News. Your job is to interview Swans player Alex Johnson about the chance that kangaroo tendon could be used to help people like him with ligament injuries. Write four questions. Then write the answers that you think he would give.

HAVE YOUR SAY: Which part of the story would you like to know more about? What question would you like to ask the researchers about the trials or how these type of injuries are repaired now?
Use full sentences. No one-word answers.