Six Australian doctors have each swallowed a Lego head in the name of science, to determine the typical time it takes for the commonly swallowed object to pass through the human body.

University of Melbourne researchers found that a Lego man’s head is likely to pass in 1-3 days on its own, without complications, and without the need for searching through stool*.

Lead researcher Dr Andrew Tagg wrote in the Journal of Paediatrics* and Child Health that it was likely the toy parts would pass faster through a child’s more immature* gut than the average 1.7 days it took for adults in their study.

One doctor was unable to find the ingested* Lego head despite searching for two weeks.

“This will be of use to anxious parents who may worry that transit times may be prolonged* and potentially painful for their children,” Dr Tagg wrote.

“If an experienced clinician* with a PhD* is unable to adequately find objects in their own stool, it seems clear that we shouldn’t be expecting parents to do so.” It took between 1-3 days for the Lego heads to pass through the adult doctors’ bodies.

HISTORY OF LEGO IN AUSTRALIA

Lego bricks are celebrating their 60th birthday this year.

The simple triple-painted brick was launched in Denmark in 1958, taking its name from two Danish words: leg and godt, meaning “play well’’.

But it didn’t arrive in Australia until 1962 and since then, it’s become a feature of nearly every second house in the country.

Worldwide, 75 billion Lego bits were sold in 2016 and interestingly, the most popular seller is the Lego City range.

But when Irishman John Peddie arrived in Australia in 1962 as Lego’s 27-year-old sales representative from London, he had a hard time selling the building blocks to Aussies.

“There was a lot of resistance,” he said. “Retailers told me, ‘It’s summer in Australia, it’s Christmas time and kids want outdoor things — beach balls, cricket sets, tennis racquets’. They don’t want to be inside.” 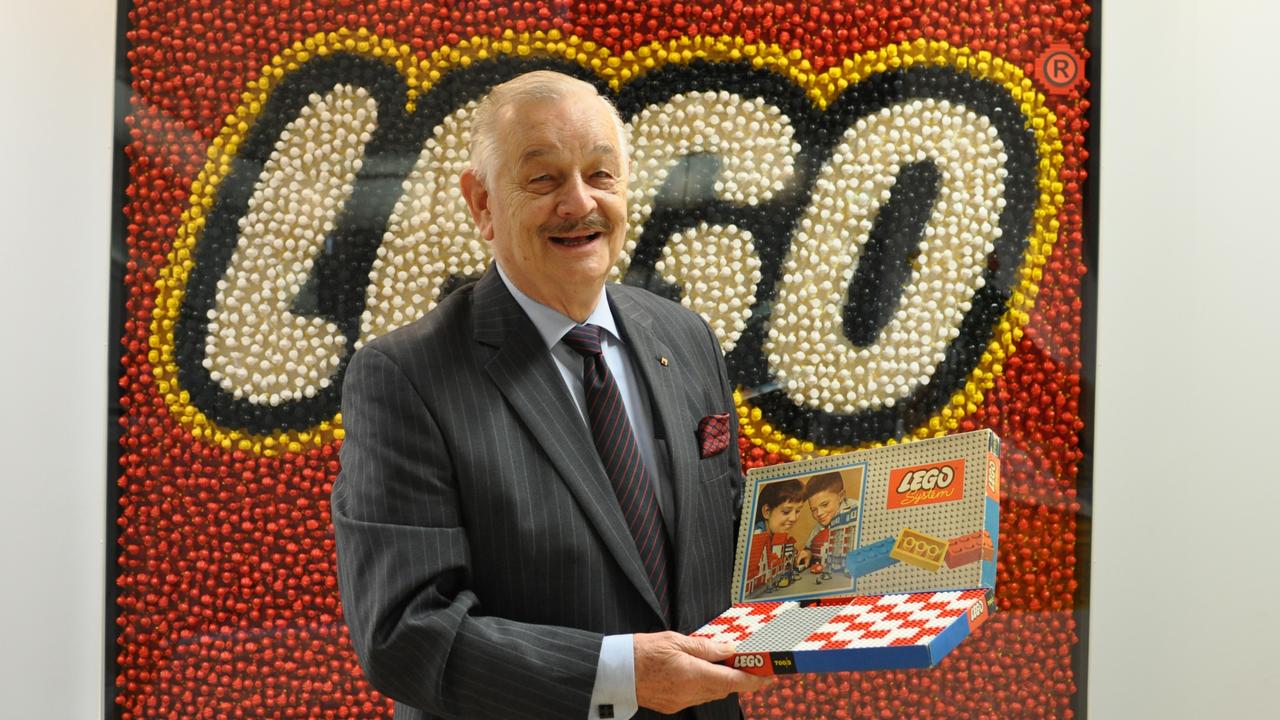 Another roadblock for Lego was the fact that “the big retailers had to buy the whole range.

“They were taken aback. Nobody had ever sold it like that before.”

Things were looking a bit grim*. Then one of the big retailers decided to try a small amount of stock. And the Dutch who were living in Australia heard about it.

“A lot of migrants* from Holland knew about Lego and were very excited about it,” Mr Peddie said.

“It helped that we had giant Lego models to put in store windows. We had the Tower Bridge of London, St Paul’s Cathedral. We had a giant kangaroo and a koala.”

European migrants were buying Lego two boxes at a time, then the Aussies started buying it, too. And then Lego Space came along.

“We decided to allocate 25 per cent of our entire Australian budget on the 13 Space lines. The Danish headquarters were concerned about us spending too much money on the product that nobody knew,” Mr Peddie said.

“Then it launched in Europe and we were getting faxes*: ‘It’s selling like wildfire*. People can’t get stock’. It arrived by June and by September we’d sold out completely.

“It was a big gamble. We didn’t know kids would rush in for rockets to the moon.” Space has always been a popular Lego theme in Australia. Aussie kids have loved Lego since it first arrived here in 1962.

“We were always in a different category, that’s why we’ve lasted,” said Mr Peddie.

“People say, ‘What an easy job you must have had.’ It might look easy today but in the early days I was thinking, ‘My god what I’m going to do now?’ ”

Mr Peddie, a sprightly* 83-year-old, still plays with his Lego.

“I’m retired but still on the Board of Directors and every Christmas they send us a Lego pack to build. In December it was an old-fashioned German soldier from The Nutcracker; 740 individual pieces. It took a while to put together,” he chuckled. “But it was worth it.”

Lego Titanic docks in US museum

paediatrics: medicine dealing with children and their diseases

immature: younger and not as developed

PhD: doctorate or the highest level of degree a student can achieve

migrants: person who moves from one place to another to find a better life

faxes: exact copies of a document made by electronic scanning and sending via a phone line

1. Why did the doctors swallow the Lego heads?

2. What did their experiment prove?

3. Where was the first Lego block made and in what year?

4. When did Lego arrive in Australia?

Sixty years is a long time to survive in the competitive toy market, and it wasn’t an easy start for the company in Australia.

Work within a small group of 2-3 students to come up with a design brief for a new toy to land in shops before Christmas.

Your design brief should include;

– Labelled sketch of toy and its features

– Why you think this toy will sell

Present your design brief to the class and then conduct a vote on which toy would be the most likely to sell and be successful.

Plan a marketing campaign to accompany the launch of your new toy. Think of a slogan and how and where you would like to advertise your product.

HAVE YOUR SAY: Do you think it was a good idea for doctors to swallow Lego? Why or why not?