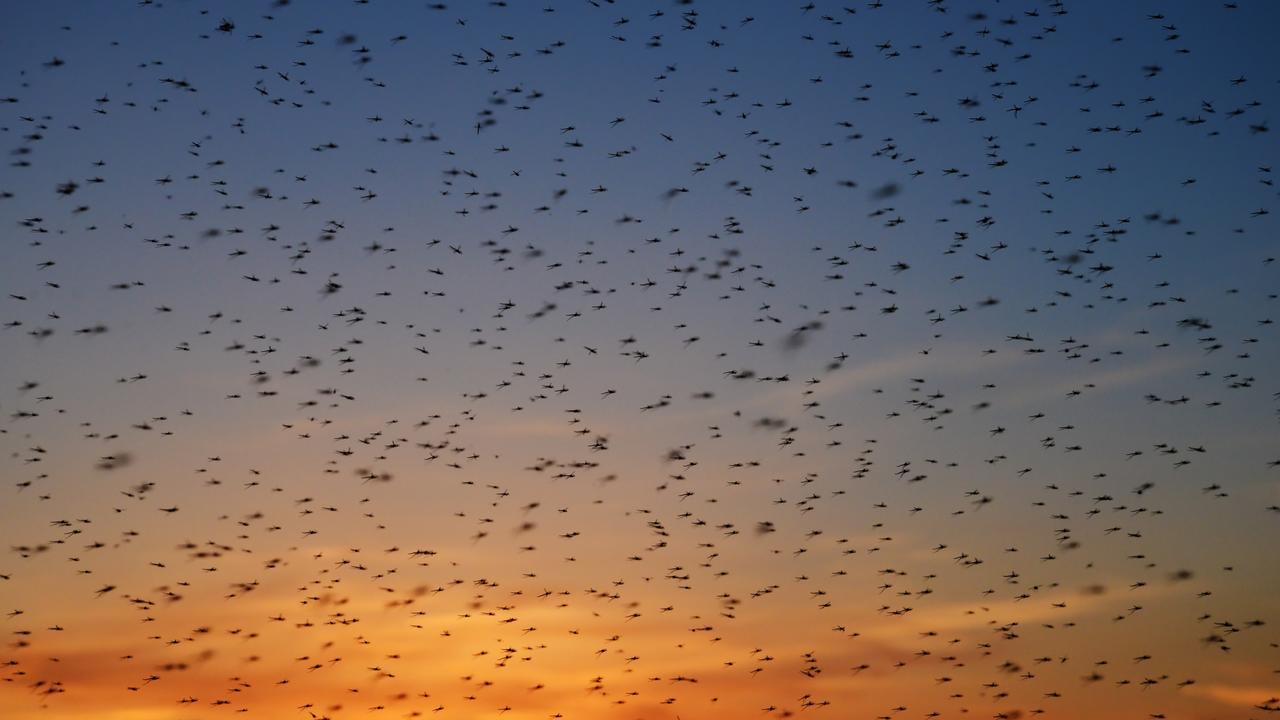 Large swarm of mosquitoes at sunset.

Scientists have identified a mosquito gene* that makes someone more likely to be bitten.

Gordana Rasic of the QIMR Berghofer medical research institute in Brisbane was part of an international study into the genetics* of the insect.

She told the ABC they had discovered several new genes, including ones that determine* why some people are more prone* to mosquito bites than others.

“We still don’t have the answer yet as to why some mosquitoes target some people and not others … but we have identified that gene,” Dr Rasic said.

“Once we know the candidates*, that might determine what makes someone more resistant, or more attractive to the mosquito, we can manipulate* the genes.”

She says the research is significant because it comes at a time when public health epidemics* caused by the transmission* of viruses* such as dengue fever, chikungunya and zika are “exploding around the world”. Mosquito bites can be uncomfortable, but also bad for your health if they are carrying a serious disease. Picture: Marc McCormack

“We can now understand better how mosquitoes are transmitting all of these viruses because we know some mosquitoes tend to transmit viruses, some don’t,” Dr Rasic said.

Advanced technology has led to a greater understanding of the genetic makeup of yellow fever mosquitoes, allowing scientists to move forward with developing better insecticides* and preventing sickness.

The yellow fever mosquito infects 400 million people globally each year, but Dr Rasic said efforts to prevent viruses spreading have been blocked because they have had incomplete genetic information.

Researchers are also looking at how they can genetically modify mosquitoes to control them. This could be used together with other research looking into bacteria in mosquitoes that make them infertile.

VIDEO: How and why we should avoid being bitten by mosquitoes

gene: sequence of DNA in living things that tells our bodies how to look and function

candidates: a person or thing likely to do something

1. Did the scientists study human or mosquito genes?

2. Why is this research important?

3. Name some diseases transmitted by mosquito?

4. What has the yellow fever mosquito information helped scientists to do?

5. How many people are infected by yellow fever mosquitoes each year?

Find out more about a mosquito-borne viruses – there are a few mentioned in the story and many others that are not mentioned. Make a small information poster about the virus you have picked that answers the following questions:

What are the symptoms and longer-term consequences of the virus?

Where (geographically) is the virus most prevalent?

How is the virus spread?

Can the virus be treated? How?

Are there any ways to minimise the risk of catching this virus?

Extension activity: Draw a diagram showing the lifecycle of mosquitoes.

HAVE YOUR SAY: Do mosquitoes bite you more than your friends or family? What tricks do you have to avoid scratching your bites? Use full sentences to explain your thinking. No one-word answers.