Natasha and Cameron D’Arcy in the park with their kids Wilbur (on the bike) and Victor. Picture: AAP

Australian families are being encouraged to adopt “playlight savings” — whether their state has daylight savings or not — to make the most of longer days and improve their health.

New research on behalf of food company Golden Circle has found one in three kids do not spend time outdoors more than twice a week.

They spend just 5.5 hours outdoors each week on average, but spend 9.5 hours watching screens instead.

Overall, 71 per cent of Australian kids spend less than an hour a day outdoors, and one in two families do not spend time outdoors with their kids more than twice a week.

Kids in South Australia have the most screen time, including watching TV, being on the computer or playing video games with an average of 17.4 hours, followed by Queensland (14.8 hours), NSW (13.4 hours), Victoria (13 hours) and Western Australia (10.3 hours).

All other states say lack of time is what stops their kids spending time outdoors.

Parents enjoy spending time with their kids at local parks (78 per cent), in their backyard (63 per cent) or at the beach (63 per cent).

When kids are spending time outdoors, going to a park is most popular (67 per cent), followed by a trip to the beach (55 per cent) and free play such as playing with a pet (53 per cent). Going to the beach is a favourite outdoor activity. Picture: iStock

He said the research findings mirror all research he has seen, showing parents do not spend enough time with their kids outside.

“There’s no doubt technology is interfering with our opportunities to be together and celebrate playlight savings,” he said.

“The data that really blew me away was one in three kids don’t spend time outdoors more than twice a week, that’s an enormous percentage of kids not getting the fuel their bodies, minds and souls* need.” Time outdoors is good for our bodies and minds and helps us sleep.

Dr Coulson said every parent he speaks to wants more quality time with their kids, but even without daylight savings, it can still be done as we head towards the longer days of summer.

Daylight savings is in every state except Queensland, the Northern Territory and WA.

“Regardless of which state you live in, we’ve got more hours of sunlight everyday to be more intentional* and spend more time with our families,” he said.

Dr Ben Bullock, a lecturer from Swinburne University’s Department of Psychological Sciences and the Centre for Mental Health said the data was concerning but not surprising.

“The light helps keep our circadian rhythms* stable, which helps with sleep. If we’re getting quality sleep, about seven to nine hours a night, that boosts our concentration and mood significantly,” he said. Parents Cameron and Natasha D’Arcy in the park with their kids Wilbur (6) and Victor (2). Picture: AAP

With two young boys — Wilbur, 6, and Victor, 2 — and a third child on the way, the 35-year-old wishes daylight savings had followed her.

Ms D’Arcy works from home, and it’s often not until 6pm that her husband returns from work. She said the extra hour of daylight would help her family better connect during the week.

“By the time my husband arrives home it’s not long until its dark,” Ms D’Arcy said.

“The extra hour would be great because it would mean we could go for a walk, or head down to the park.

“(It’s) when we’re doing those activities that we have great conversation and family moments.”

The couples do their best to limit screen time for their kids on the weekend.

“There are huge benefits when they’re active. It’s great for their mental health, it helps take the edge off and they eat and sleep better,” she said.

The Australian outdoor lifestyle lured the 36-year-old and her husband Dimitri from Europe eight years ago. With three kids — Anton, 12, Maya, 10, Yana, 6 — they try to spend as much time outdoors as possible.

“We’re a very active family, and we try to spend as much time outdoors as possible,” she said.

“It’s really great to have the extra time. It means we can take the dog for a walk together, go down to the park after work, or even the beach.”

“We also have a rule at home where if it’s light outside, there’s no TV. If there’s sun and it’s good weather, the kids have to go outdoors.”

Ms Stepanova said she could see the difference in her children’s wellbeing if they spent more time outside.

“Their mood is better, they sleep better; it’s just clear they are happier and healthier,” she said.

“They’re like zombies if they spend too long in front of the screen. They get grumpy and super frustrated.

“My husband and I both work full time, so we might not spend a lot of time together as a family. But when we do, we make sure we switch off and live in the moment.” 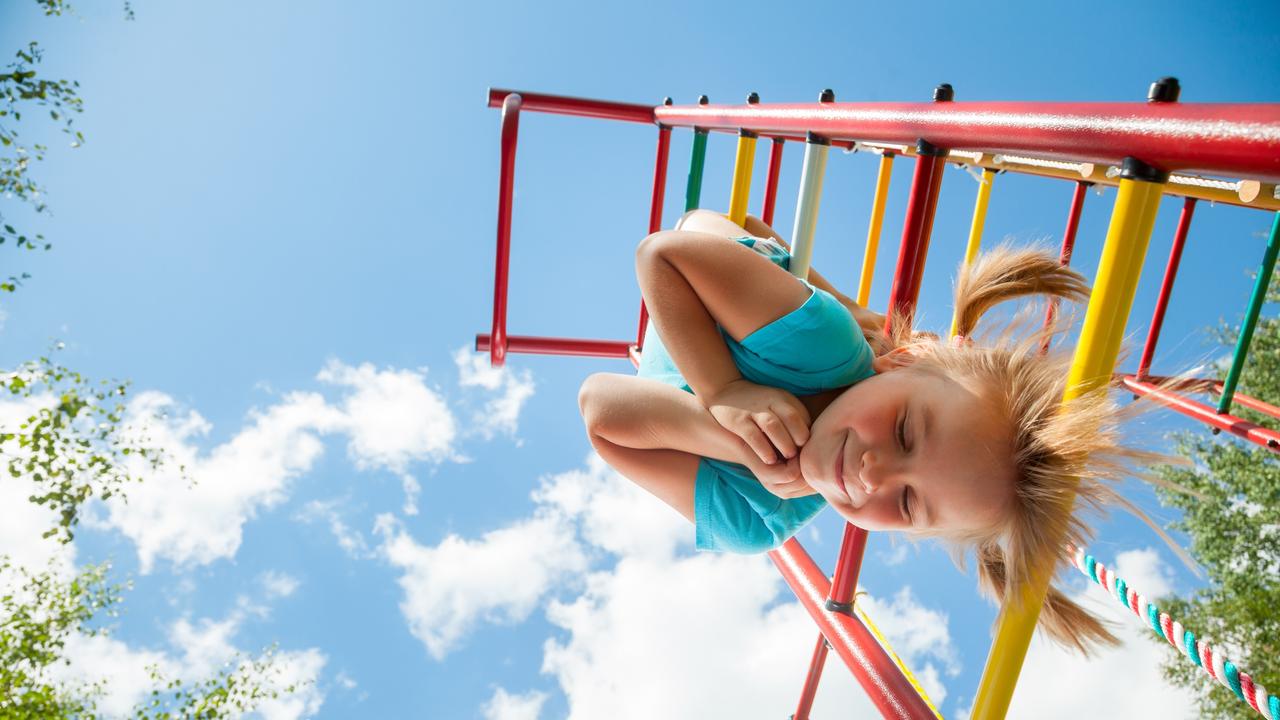 Going to the park was the most popular outdoor activity among the kids surveyed.

Chatty family dinners at risk of dying out

Daylight savings on way out

Do you have a healthy diary?

Harry Potter on a mission to get gamers outdoors

CLASSROOM ACTIVITIES
1. Inspire the adults
What could encourage or help adults to spend more time with their kids outside?

Write down as many ideas as you can. Next to each idea, write sentences explaining how and why it would work.

2. Extension
Write four extra questions you would ask Dr Justin Coulson to find out as much as you can about the benefits of outside activities and the problem caused by too much screen time. For each question, write down what you think Dr Coulson might say.

HAVE YOUR SAY: Would you like to spend more time outdoors or indoors? What do you most like to do outdoors?
No one-word answers. Use full sentences to explain your thinking. No comments will be published until approved by editors.