It is dangerous to use your phone while driving. Picture: AAP

Every Australian car would be fitted with a device* to block mobile phone signals under a bold* new safety plan to save lives.

But the technology would also mean all personal devices — such as iPads — would be unable to access mobile connections while in the front or back seat of a car.

National bike-riding organisation Bicyle Network has called on governments to force mobile-obsessed drivers into looking at the road by placing signal-blocking technology in every vehicle*. Blocking mobile phone signals would also mean other devices would not work in cars. Picture: Shutterstock

The push comes after an Australian government report that predicted texting and selfies in cars would cause an increase in road deaths over the next 10 years.

The report, by the Bureau of Infrastructure, Transport and Regional Economics, predicts that the number of fatalities* in Victoria will surge* from 258 in 2017 to 329 in 2030.

That’s despite* safer roads and cars.

by increased car travel and distraction from mobile phones and other devices,” the report states.

“New measures will be required to offset the growth in fatalities.”

The national road toll was 1253 lives lost in the year to May, a 2.5 per cent increase on the previous year.

“This dire* prediction of increased loss of life highlights that cars should be fitted with phone blocking technology,” he said.

“As bike riders we can see into cars and what drivers are up to.

“Every day we despair when we see drivers texting or just mucking around on Facebook.

“We understand the addictive lure* of the phone but it’s risking people’s lives.” 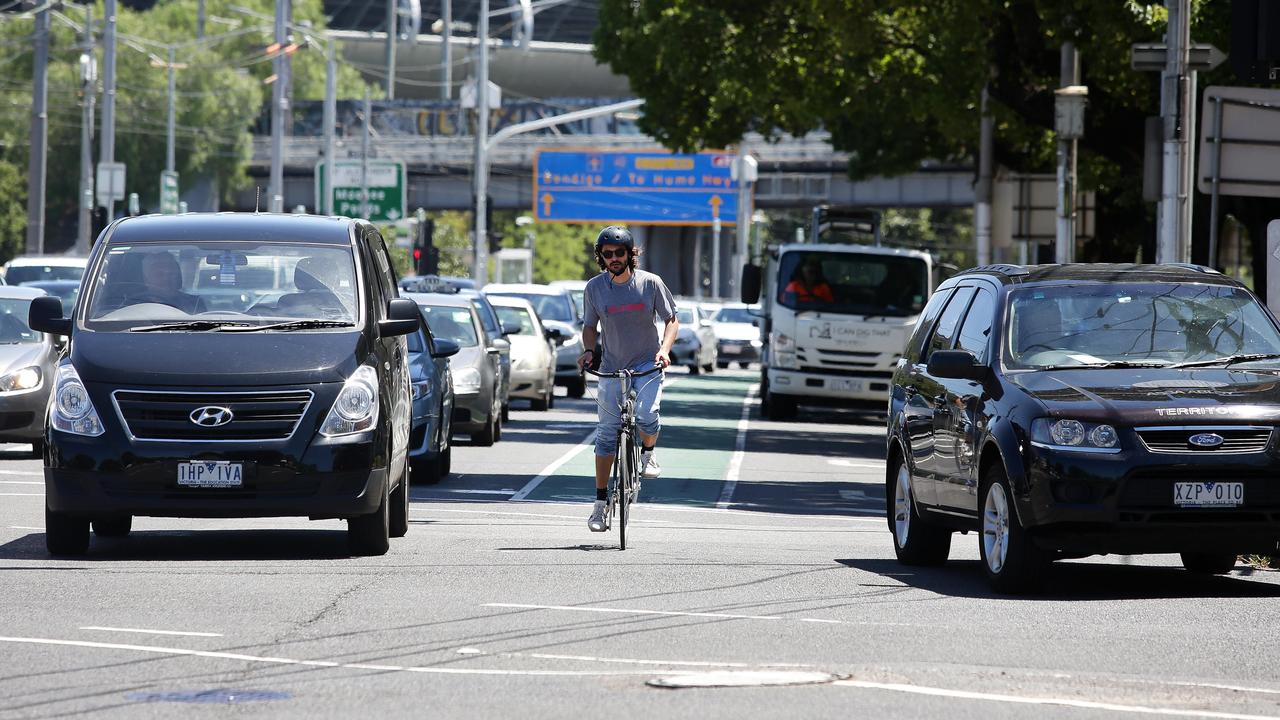 Earlier this month the Herald Sun revealed more than 80 drivers are caught using their phones a day, including some who take selfies behind the wheel.

Under the Bicycle Network plan, small signal-blocking devices would be fitted inside every car to cut off all phone signals.

“We need to take phone use out of the hands of drivers,” he said.

“Until that happens, whenever you get behind the wheel, you should turn off your phone and put it well out of reach.”

despite: without being affected by

infrastructure: services and equipment, such as roads, building, powerlines

YOU MAY ALSO LIKE THIS STORY: Get off that screen for just one day

1. What is Bicycle Network?

3. How many people died on Australian roads in the year to May?

4. Who is Craig Richards?

5. What can drivers do to keep safe until signal-blocking devices are fitted to cars?

Create a poster or write a script for a radio advertisement (include a song and music, if you want). The message of your poster or advertisement is to help adults to understand why they should not use their phones or devices while they are driving.

Extension: Do you use an iPad or device in the car? If all devices were blocked when driving, how would this affect you? Are you prepared to give this up to make roads safer? Write a post to the Kids News website or a letter to Kids News explaining your opinion on this issue.