The secret is finally out and the Gold Rush begins John Deason and Richard Oates showing how they unearthed the Welcome Stranger gold nugget at Bulldog Gully near Moliagul, Victoria in 1869.

Thousands of people flooded to Ophir in NSW as news spread of Edward Hargraves’ gold find in early 1851. A small town sprang up, but as soon as all the easily found gold had been claimed most people left for other places in NSW where gold had also been found. The new town of Ophir was quickly emptied.

The new Victorian colony was almost deserted as miners left for NSW. The government tried to get people to come to Victoria by offering a reward of £200 to anyone finding gold within 322km (200 miles) of Melbourne. Within six months, gold was discovered in Victoria in Warrandyte, Clunes, Ballarat, Castlemaine and Bendigo.

Thousands of people walked away from their jobs in towns and on farms all over the country to seek their fortunes on the goldfields and about 500,000 people came to Australia from overseas.

The big rush was to the Mt Alexander goldfields — which included Castlemaine and Bendigo — one of the world’s richest shallow goldfields. More than four million ounces of gold (which is more than 113 tonnes) was found here, most in the first two years of the Gold Rush and in the top 5m of soil and rock.

When 8 tonnes of Victorian gold arrived at London’s port in April 1852, the Times of London newspaper declared*: “ … this is California all over again, but, it would appear, California on a larger scale …”

Between 1850 and 1900, mines at Bendigo produced the most gold in the world. Today, the amount found would be worth around $9 billion.

The biggest nugget from the area was found in 1855 at Golden Gully by some inexperienced miners who were fooled into going to mine a piece of land everyone thought was worthless*. On just their second day digging they discovered the 28.58kg “damper-shaped*” nugget and named it in honour of the area’s popular gold commissioner*, Mr Heron.

The small town of Moliagul became famous when the 69kg, 60cm by 30cm Welcome Stranger gold nugget was found in 1869 at Bulldog Gully. It was the largest in the world, though it was broken into pieces as there weren’t scales big enough to weigh it. Today the nugget would be worth more than $1 million. John Deason and Richard Oates showing how they unearthed the Welcome Stranger gold nugget at Bulldog Gully, Moliagul, Victoria in 1869.

By the end of 1852, 90,000 people had come to Victoria in search of gold. Bendigo and Ballarat grew fast and became big, rich cities. Railways and roads were built.

In the 1850s the heaviest traffic in Australia was on the road from Melbourne to Bendigo. Gold was also found in the 1850s in Tasmania and Queensland, and in the Northern Territory in the 1870s. By the 1890s, goldfields had opened at what would become the incredibly rich goldfields of Kalgoorlie and Coolgardie in Western Australia and the state’s population tripled in 10 years. 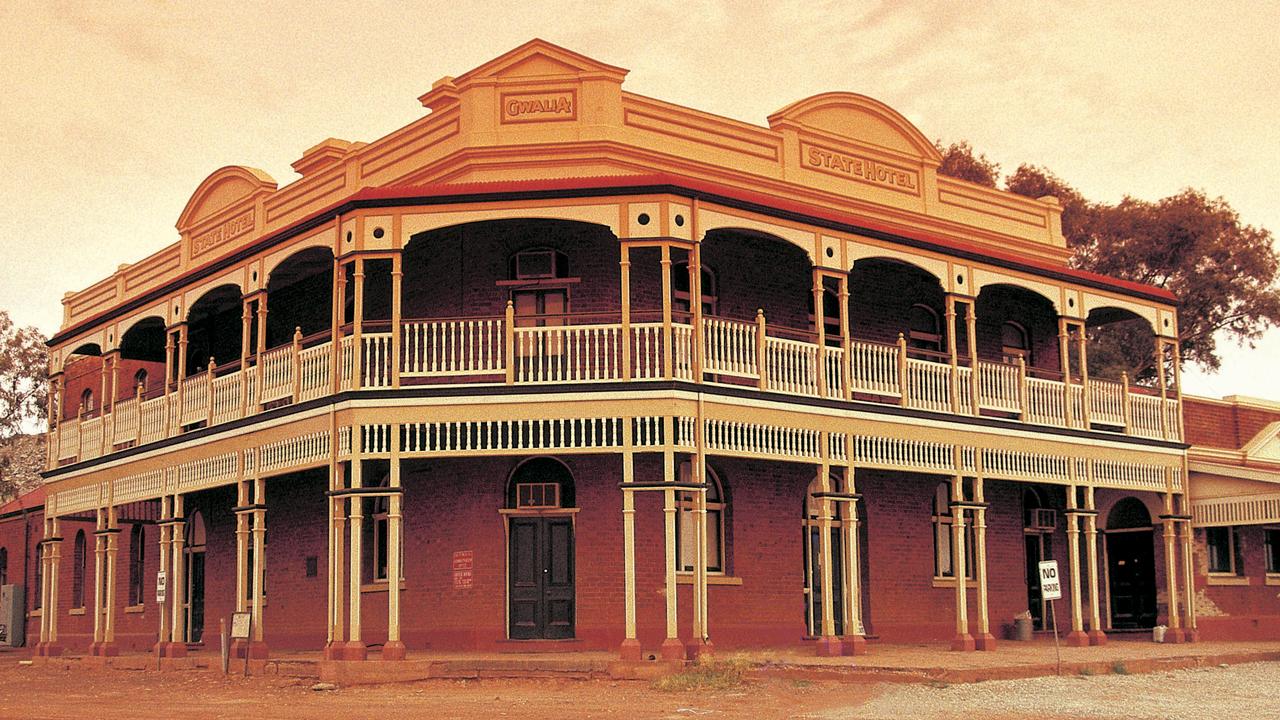 By the 1880s, Melbourne was nicknamed Marvellous Melbourne — one of the world’s biggest, booming and cosmopolitan* cities of the era*, built on the wealth dug up in the goldfields.

— The Victorian Gold Rush would dwarf the finds in New South Wales, accounting for more than a third of the world’s gold production in the 1850s.

— There was so much wealth in Australia because of the Gold Rush, the ports were full of ships bringing luxuries from around the world for people to spend their money on. There were even ships bringing incredibly expensive ice from America.