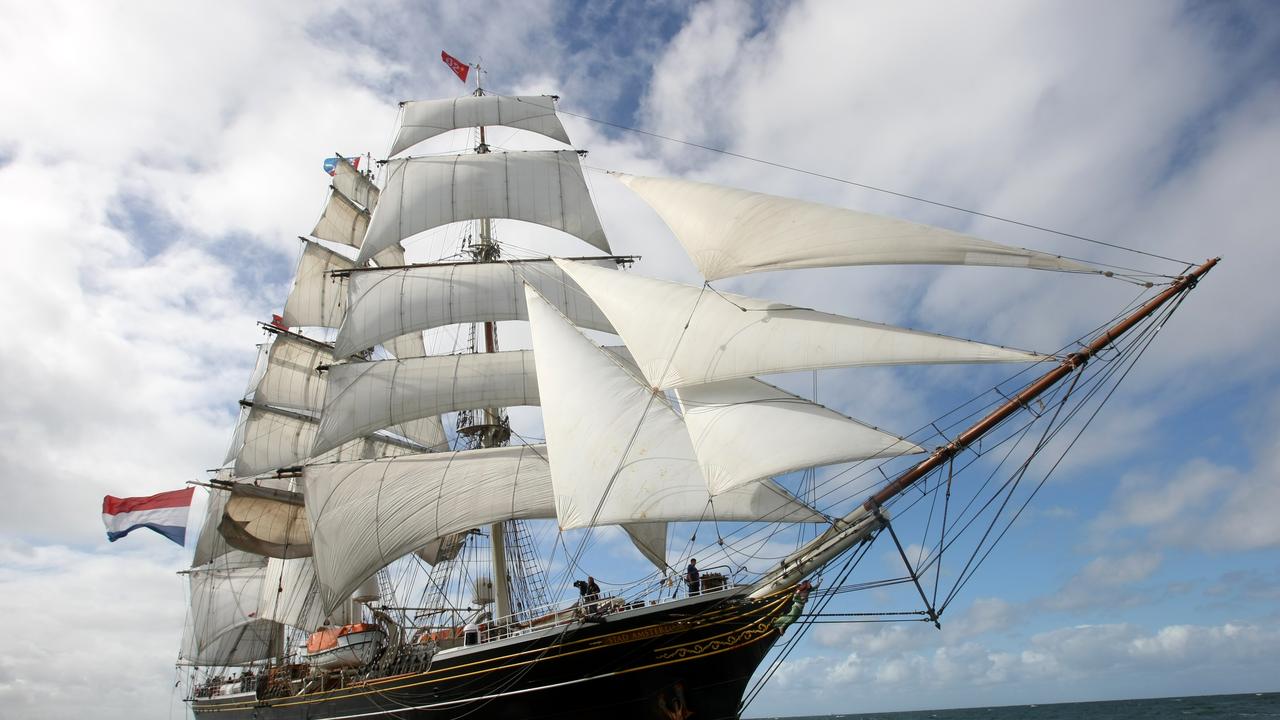 The Dutch ship the Stad Amsterdam, a three-masted clipper similar to ships some miners would have travelled to Australia on.

Miners came to the Australian goldfields from all over the world. For many, the plan was to stay just long enough to strike it rich, before returning home, but things didn’t always work out as they planned. Some loved Australia so much they didn’t want to leave. Many didn’t find the riches they hoped for and couldn’t afford to go home.

The only way to travel to Australia in the 1800s was on a ship. The cheapest way to travel was on a slow sailing ship that followed an indirect* route that could take seven or eight months. The conditions on these ships could be very difficult, with rough seas, lots of illness and bad food. Some people died on the way and those who made it were often weak and unfit for the hard work of mining.

The Gold Rush helped start a shipping rush. Shipping companies raced to design and build faster, safer, more comfortable ships to get people and supplies to the goldfields and return full of gold.

Yankee clippers were a new design of ship from America that sailed during the Gold Rush. They were small, fast and had lots of huge canvas sails. Donald McKay of Boston, America, built eight large clippers between 1850 and 1853. Several of his ships sailed the fiercely* competitive England to Australia route, cutting the voyage time to just 64 days. 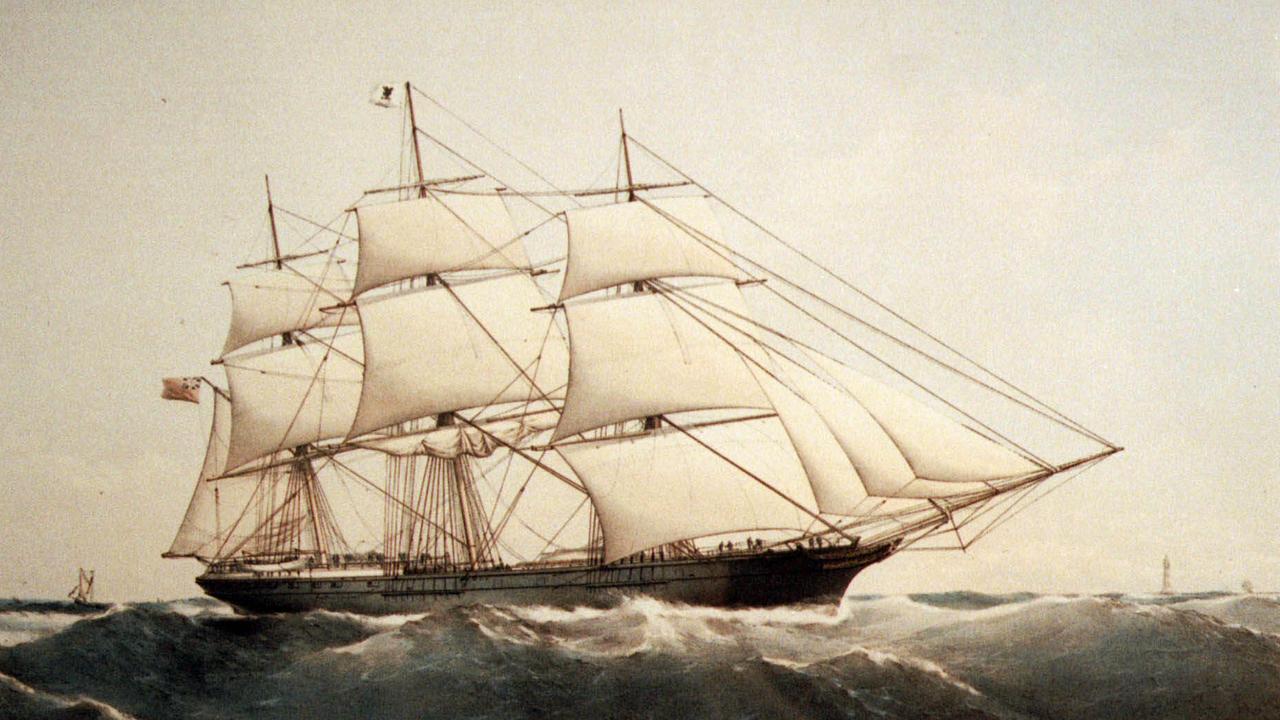 The City of Adelaide (also known as the Carrick, clipper ship in a drawing of its first voyage in 1864.

The first steam-powered ships also sailed to Australia during the Gold Rush. These were powered by coal, which was burnt to heat water to make steam, the same way a steam train is powered. Journey by steamship from England to Australia took around 80 days.

Once the fortune-seeking travellers from around the world arrived by ship, they had long and difficult journeys ahead of them to the goldfields. Supplies were pulled on wagons called drays by cattle called bullocks and smaller, lighter horse-drawn coaches or carriages carried the mail and people who had the money for a ticket. As early as 1851 there was a coach service from Melbourne to Ballarat, which involved an overnight stay somewhere on the way and cost 25 shillings, which was equal to 25 hours’ work. This Cobb & Co horse and coach is still used for tourists at Gympie Gold Rush, Queensland.

Even if you had money to travel by coach, it wasn’t a comfortable journey. The roads were really just rough dirt or mud tracks and passengers often had to get out and walk or push the coach.

A transport company called Cobb & Co imported a new kind of coach from America in 1853 called a Concord. It was light and its body was held by leather straps. It could carry 15 people and the journey was much faster, but the rocking on the leather straps caused a lot of travel sickness. By 1858, new Concords could carry up to 32 people.

Most people had no choice but to walk to the goldfields once they left their ship. Their journeys were long and difficult. They had to carry everything they needed, often pushing a wheelbarrow. If they walked from Melbourne to Ballarat, their journey was 113km and took at least three days. Miners often pushed wheelbarrows over incredible distances on rough tracks and across mountains.

Chinese miners had to walk even farther to get to the goldfields. The Victorian government made every Chinese person pay an enormous tax of 10 pounds to arrive in Australia at a Victorian port. Most Chinese people didn’t have the money to pay this tax, so they entered Australia at South Australian ports such as Adelaide or Robe, before walking to the goldfields. Their journey from Adelaide to Bendigo was 800km and from Robe to Bendigo was about 500km. How to find gold