Miracle medical potions and crazy cures were common on the goldfields 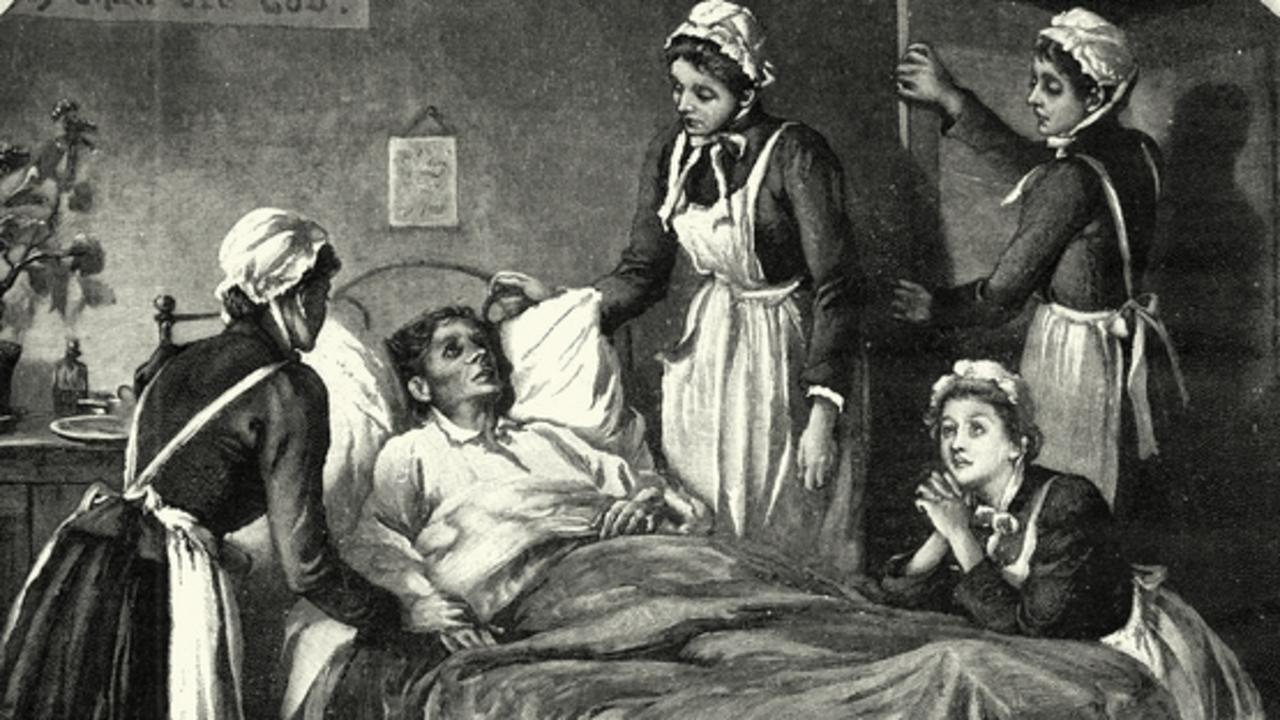 Nurses in the 1800s caring for a sick man. There weren’t many hospitals near the goldfields and not many good treatments for most illnesses. Picture: iStock

The first doctor on the Ballarat goldfields was Dr Richard Power. He had proper medical qualifications and was very, very busy. But medical knowledge in the 1850s wasn’t what it is today. Even doctors still believed that disease was spread by bad smells.

In a Geelong Advertiser newspaper report of a murder trial, Dr Power described how he treated a man who had been hurt in a fight, who later died.

“On examination* I found two wounds on the back of his head … the only words he made use of were ‘Oh my head, my poor head, Doctor’. I bled* his arm which relieved him slightly.”

Apothecaries* set up shop selling cures, giving medical advice, performing operations and helping birth babies. Many of their medicines were made of plants, with the help of secret recipe books called Formularies. 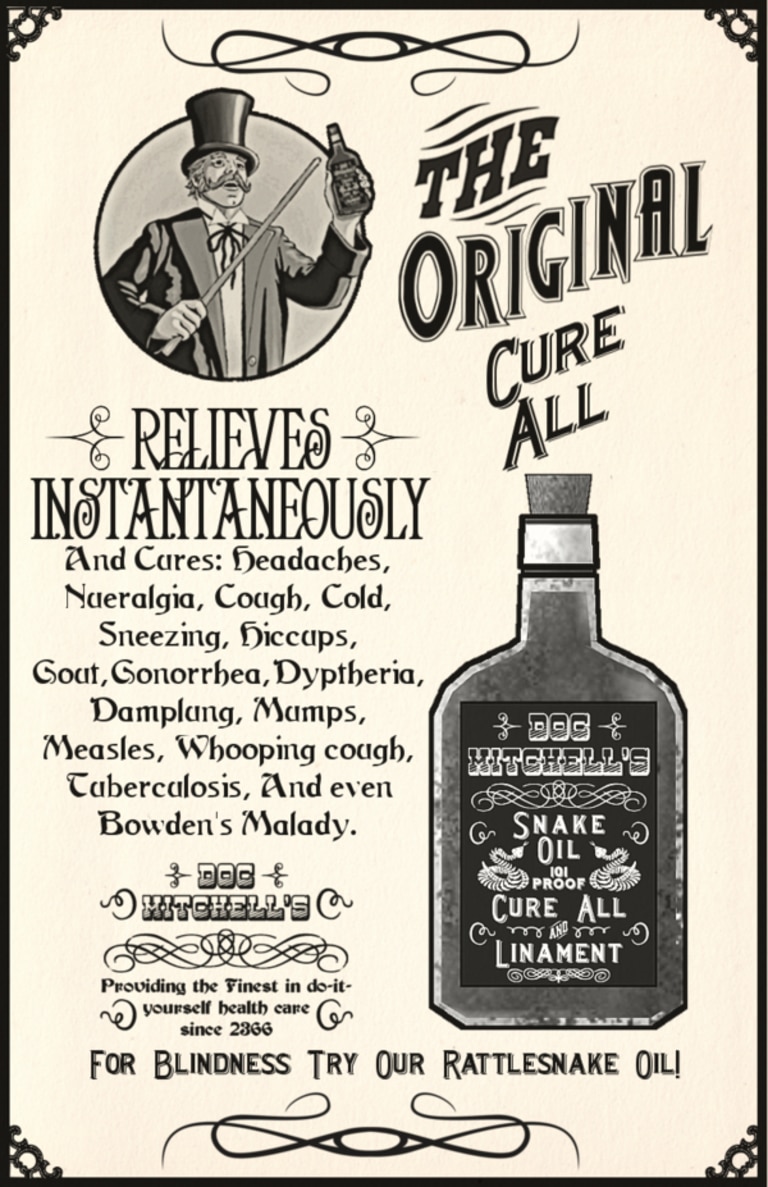 An old-fashioned poster showing a ‘remedy’ that will cure everything

The closest job today to an apothecary would be a pharmacist* or herbalist. Training was tough to become an apothecary, including a five-year apprenticeship* and lots of testing, so they did have valuable skills and were as well respected on the goldfields as doctors. There wasn’t a lot of clean water for washing, so popular apothecary products were scented waters and perfumes to disguise the smell of unwashed bodies, plus flavoured fizzy drinks for a treat to help bear the heat and dust of summer.

There was such demand for medical help that dishonest people saw an opportunity to make money, pretending they were qualified doctors, dentists and apothecaries and selling miracle “cures” that usually weren’t a miracle, nor any kind of cure. 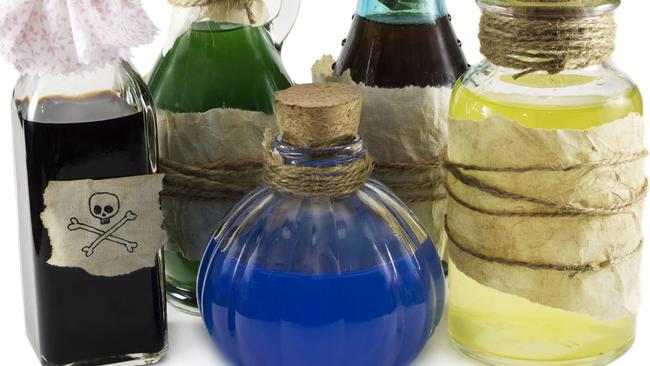 People never quite knew what they were drinking with many remedies provided on the goldfields.

A letter to the 1857 Australian Medical Journal complains about the “Many Unprincipled* Druggists* upon the Goldfields”. The author wrote: “they deceive the community, obtain* money under false pretences*, rob the profession, and last, though not least, do an incalculable* amount of injury”. This is a newspaper advertisement for an American medicine from the 1800s to cure kidney, liver and bladder problems.

Pills and potions* were given fancy names and their makers claimed they could do amazing things. Most often, they did nothing at all. Sometimes they made the patient very sick. Common ingredients were very strong, dangerous and addictive drugs, the poisonous metal lead, pepper, turpentine (which we use to wash oil-based paint from brushes), alcohol and lots of water.

Making money not mining for gold

Give us your gold!