Peter Lalor came to Australia from his home in Ireland in the 1840s to escape the Great Famine*, which was caused by a disease that affected potatoes.

Many Irish people died from starvation and many of those who survived left the country in search of a better life. Three Lalor brothers from Raheen went to America and two, including Peter Lalor, came to Australia.

Lalor, who was born in 1827, was a civil engineer, which is a designer and builder of big structures such as bridges, dams, roads and railways. After he arrived in Australia in 1852 he worked on the Melbourne to Geelong railway in Victoria. In 1854, he went to the Ballarat goldfields and though he heard that miners were unhappy about how they were being treated by officials, he didn’t join them to protest straight away.

At a miners’ meeting on November 30, 1854 the miners elected Lalor as their leader. Some reports from the time said he didn’t really want to be their leader but was convinced he was needed.

A miner named Raffaello Carboni, who was at this meeting, said Lalor: “ … knelt down, the head uncovered, and with right hand pointing to the standard (flag), exclaimed in a measured tone: ‘We swear by the Southern Cross to stand truly by each other to defend our rights and liberties*.’ A universal* well-rounded Amen was the determined* reply.”

Lalor was injured in the fighting between miners, police and soldiers at the Eureka Stockade and lost his arm. A drawing of the Eureka Stockade battle in which miners’ leader Peter Lalor was injured.

He hid for several weeks and the government even offered a reward for Lalor’s capture but no one claimed it. A lot of people supported the miners’ cause and Lalor was seen as a hero. When he came out of hiding the charges against him were dropped.

Changes were soon made to the Victoria Legislative Council — an early version of a state parliament — so that it could include representatives from the goldfields. Lalor was one of the first elected in 1855 and for most of the rest of his life he worked as a politician for better rights for miners, for compensation* for victims of the Eureka uprising*, for a national education system, for the protection of local industry and for immigration.

He was a controversial* but successful politician and has become a symbol for workers’ rights and democracy in Australia. 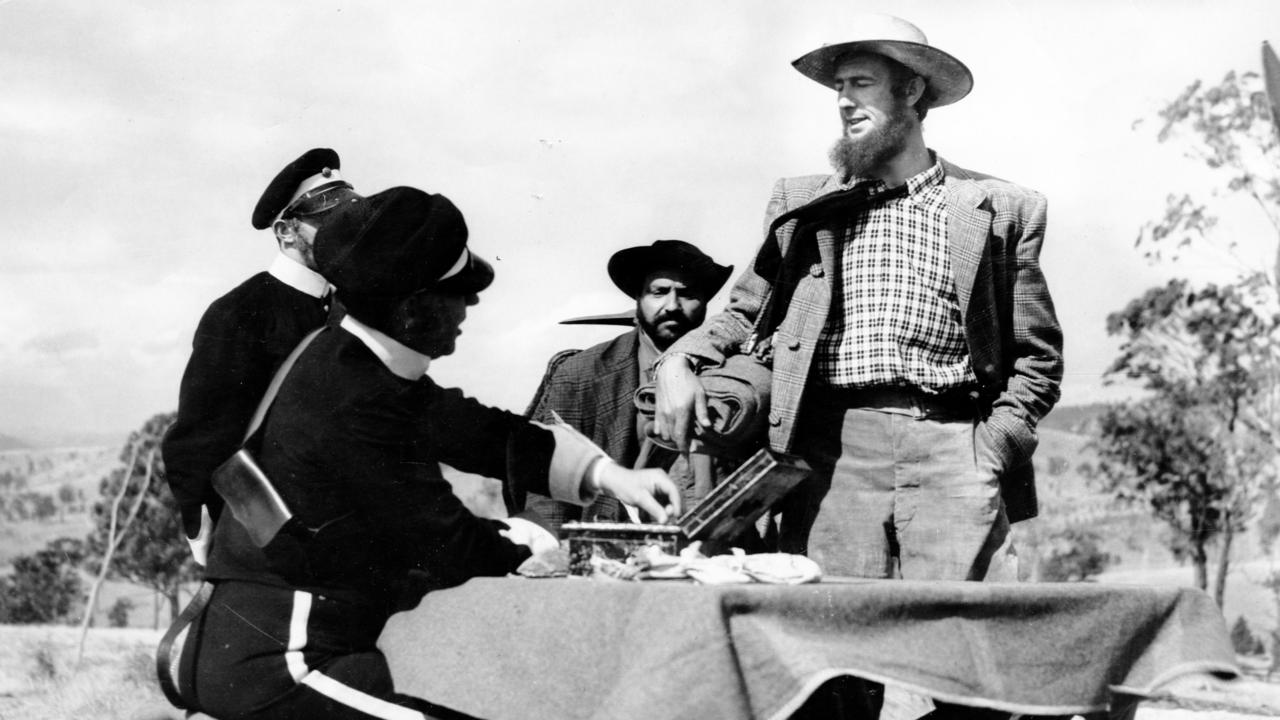 Actor Chips Rafferty, as Peter Lalor, in a scene from the film Eureka Stockade when it was being filmed around 1949.

There is a suburb in Melbourne’s north called Lalor, named after Peter Lalor.

Growing unrest of the goldfields