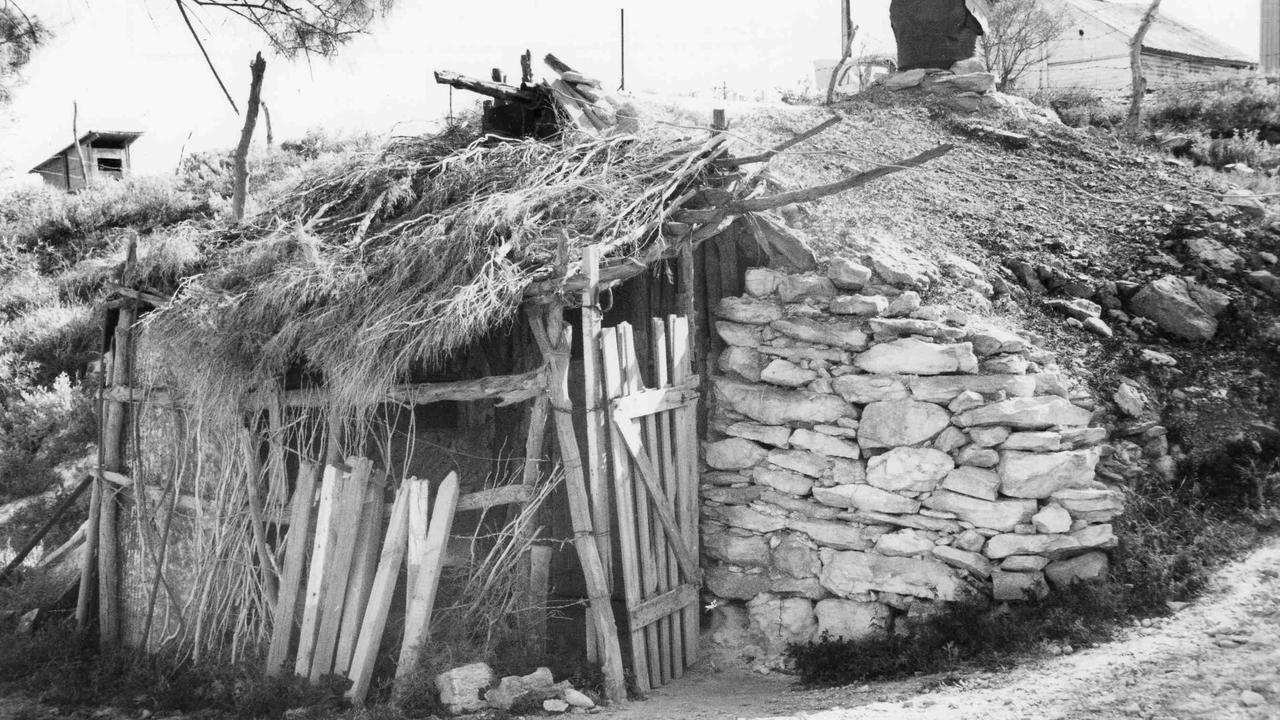 Forget bedrooms, bathrooms, TVs, toilets, electric lights, air-conditioning, running water or even windows with glass. Most “homes” on the goldfields were tents made of thick cotton fabric called canvas that leaked when it rained. The floor was the swept dirt of the ground and the door was just a flap of canvas. Creatures — including dogs, chooks, rats, mice, mosquitoes and flies — wandered in and out whenever they felt like it. A miner’s hut in South Australia. See the chimney (on the right) is built on an angle and propped up with sticks. If it catches fire, the sticks can be removed and the chimney pushed away from the hut.

Families that had the time to set up a building to live in still weren’t living in luxury. Houses on the goldfields were nothing more than huts made of rough wood, bark, canvas, hessian* bags and wallpaper made of newspaper. There might have been a table, a chair or two, a few stones of a fireplace and some sort of bed frame. They really weren’t any better than a cubby.

A teacher who had a bag hut built for him when he arrived on the goldfields described his new home — which was also his classroom — in a diary. He wrote that when it was windy, he couldn’t keep a candle or lamp lit indoors, rain came in through the bags and it was freezing at night.

People cooked simple meals on a campfire and washed their dishes and clothes in a creek or bucket. Every household task had to be done by hand, including churning cream into butter. These two women are dressed up in Gold Rush costumes at the living museum Sovereign Hill, Ballarat.

WHAT SHOULD I WEAR?

What would you wear if you were going out in mud or dust, in heat or cold, to dig with a pick and shovel all day? Probably shorts and a T-shirt when it’s hot and a warm raincoat and tracksuit pants when it’s cold. But there was no stretchy sportswear, down jackets or even waterproof raincoats during the Gold Rush.

In the 1850s people wore very complicated clothes in many layers that we would think of as more like something you would wear to an amazingly formal and fancy ball. Fabrics were linen, cotton, wool and silk and lace-up boots were strong, but not very comfortable. There were no zips, velcro, press-studs or elastic, so everything had to be buttoned and laced and with enough fabric to allow you to move freely to work. 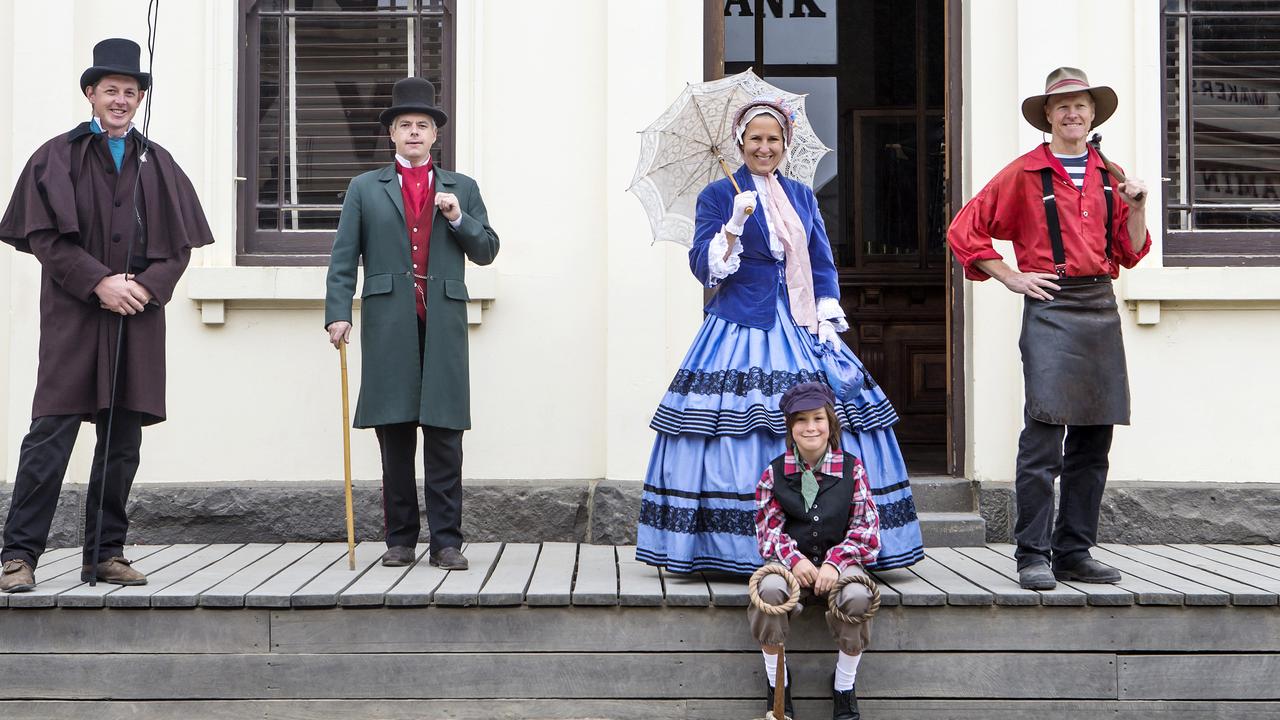 Sovereign Hill characters showing off Gold Rush-style clothes. These are much cleaner and probably fit better than many people’s clothes from the 1850s. Picture: Sarah Matray

Men wore big, blousy* shirts held up by braces and jackets and pants more like business suits. Women must have been very uncomfortable, dressed in big, long, voluminous* gowns with many layers of petticoats*, knitted stockings and underwear that laced up tight, called corsets.

Children wore versions of what their parents wore: girls in dresses and petticoats and boys in shirts, jackets and pants. Often, they wore their parents’ actual clothes, cut down to fit. They sometimes looked quite ridiculous.

If you were lucky enough to own a cat that had kittens, you had to guard them. There were lots of rats and mice and having a cat around kept their numbers down.

In 1852 on the Bendigo goldfields, the price of a cat was an ounce of gold, which is equal to 28g, or more than £2. There are also reports of kittens being worth more than their weight in gold.

How to find gold

Making money by not mining gold