Giving Part 2: Generous Aussies give for a better world Australians like Zoe, 9, Georgie, 6, and Annika, 9, are happy to help in times of need, such as selling lemonade, cookies and muffins to raise money for bushfire victims in 2019. Picture: AAP Image

Australians are a generous bunch. Most of us give to charities, and a report recently ranked Australians the fifth most generous people in the world.

The ways that Australians give include: 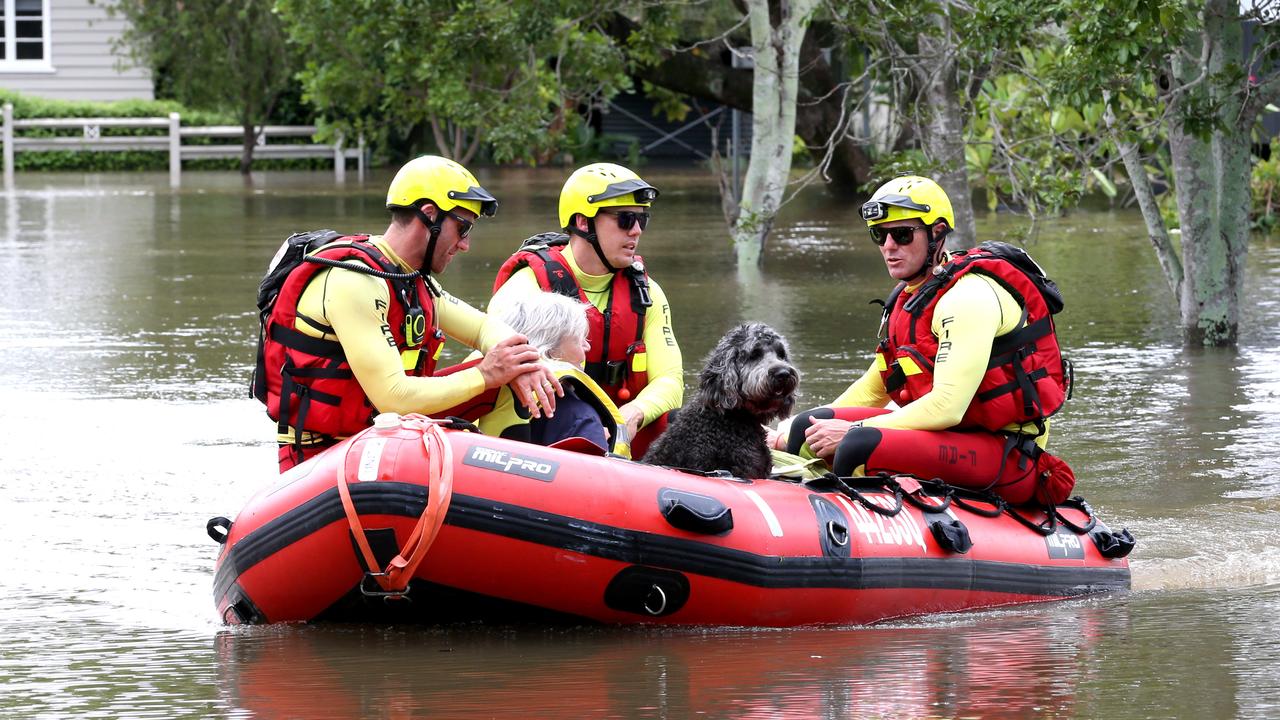 Emergency services volunteers were out in force during the recent floods in Queensland and NSW. Picture: Steve Pohlner

A McCrindle Research report found 74 per cent of Australians gave to charities in 2020. Nine in 10 were proud of how charities and others helped those in need during the Covid-19 pandemic.

The top causes were medical and cancer research, children’s charities, and animal welfare/wildlife.

More than four in five givers (85 per cent) believed the Covid-19 pandemic made them better appreciate the role of charities and not-for-profit organisations*, such as Australian Red Cross.

Despite Covid-19, the level of giving stayed about the same in 2020. Some people increased the amount donated, while others had to give less.

How much do Australians give?

These donations are tax deductible, which means you can claim them on your annual tax return* to reduce the amount of tax* you pay. This doesn’t cover all donations – just those to registered charities and organisations. In total, 29 per cent of taxpayers claimed these tax deductions, down from 31 per cent the year before. But the $3.93 billion that was donated was up from $3.75 billion the previous year.

Western Australian taxpayers were the most generous on average.

The report was compiled by the Australian Centre for Philanthropy* and Non-Profit Studies at Queensland University of Technology, using information form the Australian Tax Office.

How we give is changing

While the generosity of Australians remains unchanged, the way we give is changing.

The McCrindle report found we are now more likely to be “opportunity givers” who donate when an issue arises, such as bushfire relief, rather than committed givers who give regularly.

Six in 10 people who donated described themselves as “opportunity givers”, compared to four in 10 who were regular givers to the same charity. These children busked to raise money for bushfire relief.

Donating online is becoming more popular. For those who have a computer and are connected to the internet, giving in this way is quick and easy.

The McCrindle report found that even most older givers aged over 50 were happy to donate online. Many Australians volunteer their time, but the pandemic has affected how we do it.

Giving on a global scale

Australians are also generous on a global scale.

A 2021 Charities Aid Foundation (CAF) report found we were the world’s fifth most generous people, behind people in Indonesia, Kenya, Nigeria, and Myanmar.

Another CAF report found 68 per cent of Australians had given money in the past 12 months. Supporting children was the most popular cause. The Royal Children’s Hospital Good Friday Appeal helps sick children like Charlotte Alexander, who had a large tumour removed, and fellow cancer patient Luna Phillips, who still had time to enjoy a tea party in 2021 despite treatment for their illnesses. Picture: David Caird

Among those who had donated in the past four weeks, the typical (median) amount was $80.

Overall, 35 per cent volunteered their time; supporting children was again the most popular cause (21 per cent). Younger Australians aged 18-24 were also more likely to volunteer than their older counterparts.

Most Australians felt that charities had a positive impact on their local communities and Australia as a whole.

Some of the world’s richest are also biggest givers

Giving in the digital era