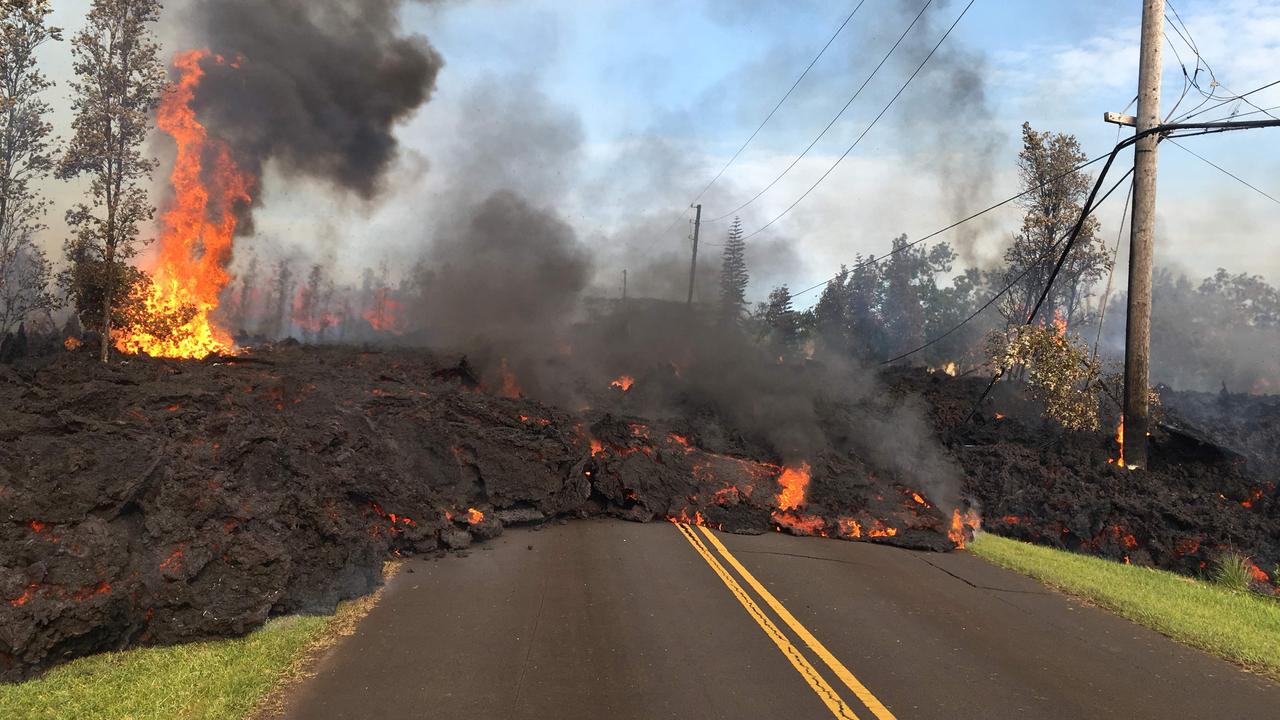 Hawaiians are running for their lives as the Kilauea volcano spews lava* and fountains of toxic* gases into their streets. It has already destroyed 26 homes.

Some people were allowed to rush home on Sunday to collect pets and other important things such as medicines during a quiet few hours with less volcanic activity.

Other areas were too dangerous to return to because of the poisonous sulphur dioxide gases coming out of the earth.

But the visits home were just in time as last night more lava fissures* — which are vents or slits in the earth — opened up in one area, with lava leaping up to 70m into the air.

So far no one is known to have died or been injured from the volcano, which began erupting* on Thursday.

There was a powerful 6.9 magnitude* earthquake on the volcano’s south side on Friday, the strongest earthquake since 1975. The quake caused rock slides in Hawaii Volcanoes National Park, and caused a coastal cliff to collapse into the ocean. The earthquake also caused a small sea-level rise but no tsunami*. Scientists are predicting more earthquakes and eruptions, perhaps for months. Lava burns across a road in Leilani Estates. Picture: AP

Most of the volcanic activity is around the Leilani Estates and Lanipuna Gardens areas or towns of the Island of Hawaii, also called The Big Island. This island is the biggest of a group of islands that together make up the US state of Hawaii.

Kilauea is the most active of the five volcanoes on the island and one of the most active volcanoes in the world. It has been erupting constantly for 35 years. Most of the eruptions are a type called effusive* eruptions, which means they flow continuously* but without exploding. These have been mostly flowing into the ocean.

Although no big lava flows have formed yet, smaller outbreaks* of lava, such as those that have already happened, are still extremely* dangerous. The lava can reach 1150C.

The streets that have already been damaged and are dangerous to return to are about 19km from the volcano. The Hawaii County Civil Defense Agency — a government organisation that prepares for and responds to big emergencies like this volcano eruption — asked people to stay away from the affected areas.

“This is not the time for sightseeing*,” the civil defence agency warned on social media. 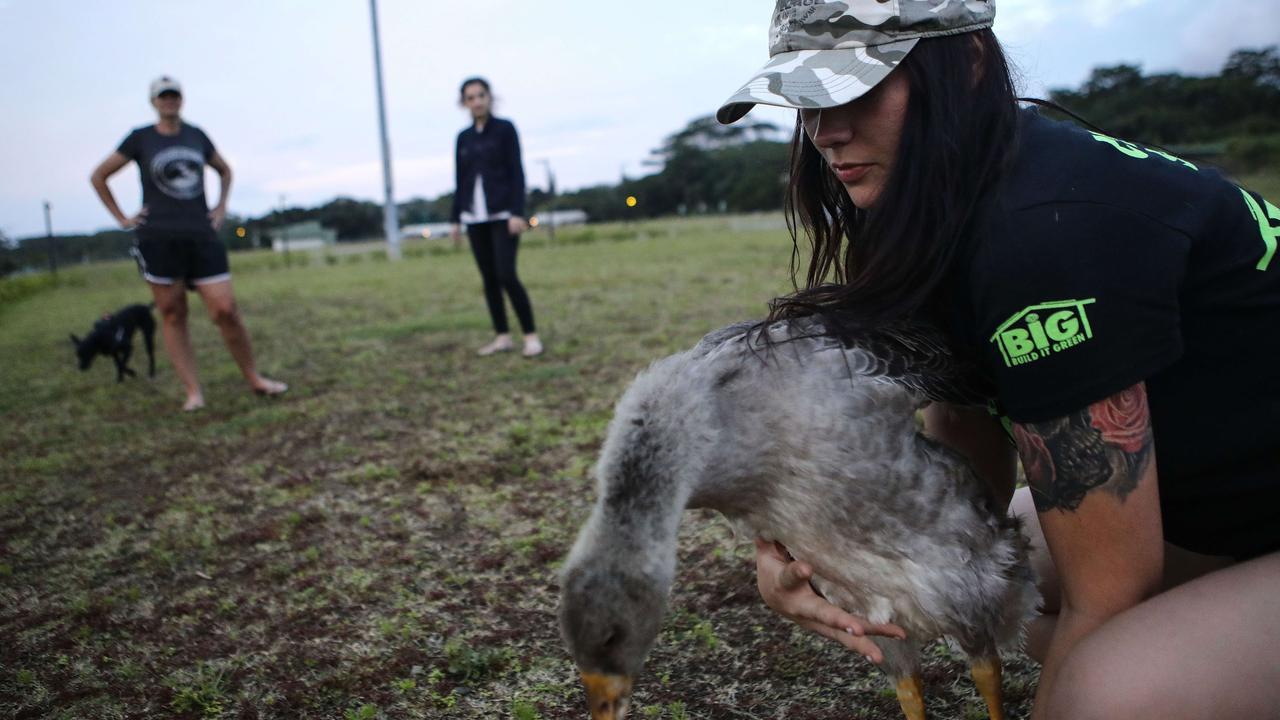 Hawaiians gather with their pet goose and dog outside the emergency shelter where they are staying. The three said they fled their home in the early morning after they saw lava approaching. Picture: AFP

“Now we are just trying to make plans for the future,” she said. “There is no telling when or if we’ll ever be able to go back in.”

“As a realtor*, I can tell you that people move here thinking it’s paradise, and what they learn is that it’s something different,” said Ms Gauthier.

“It’s a beautiful place to live, but it’s not for the faint of heart*.”

Elsewhere in Hawaii, it was business as usual, with airports and holiday resorts* unaffected.

“The area where lava is coming to the surface is very far from resort areas,” said George Szigeti, president and CEO* of the Hawaii Tourism Authority. Ash from a vent on Kilauea volcano rises into the air. Picture: AP

CLASSROOM ACTIVITIES
1. Lava Hawaii!!
After reading the story, answer the following questions in as much detail as possible. Try and include the question within your written answers.

2. Extension: Use a map of Hawaii to mark the five volcanoes on the main island.

3. Tourism Disaster
When a natural disaster occurs, such as a volcanic eruption, earthquake or tsunami, it very negatively impacts tourism in that area and affects the locals and businesses who make a living from visiting tourists.

To quote the real estate agent in the article, she said living with a volcano isn’t easy. “As a realtor, I can tell you that people move here thinking it’s paradise, and what they learn is that it’s something different,” said Ms Gauthier. “It’s a beautiful place to live, but it’s not for the faint of heart.”

Design and write a one-page brochure aiming to convince tourists and residents that Hawaii is still a great place to visit and live despite the hazards it has to live with. Your brochure needs to be very persuasive stating all the positives of the beautiful islands and try to downplay the negatives.

4. Extension: Research what causes a volcano to erupt and write a short explanation.

VCOP ACTIVITY
The glossary of terms helps you to understand and learn the ambitious vocabulary being used in the article.

Can you use the words outlined in the glossary to create new sentences? Challenge yourself to include other VCOP (vocabulary, connectives, openers and punctuation) elements in your sentence/s.

Have another look through the article. Can you find any other Wow Words not outlined in the glossary?

IF YOU ENJOYED THIS STORY, YOU MAY LIKE TO READ THESE