In among the prawn-like creatures, diver Victor Vescovo also found pollution. Filming at this depth is extremely difficult as it is completely dark and explorers are confined to the submarine. Picture: Discovery Channel/Deep Planet

A man has broken the record for the world’s deepest ocean dive.

But his joy was mixed with sadness.

At the bottom of the Mariana Trench in the Pacific Ocean, among never-before-seen sea creatures and other marine life 11km from the surface, explorer Victor Vescovo came across piles of rubbish and lolly wrappers.

Humans’ waste has reached the deepest parts of the sea floor.

Mr Vescovo journeyed 10,927m to the bottom of the valley called the Challenger Deep in the Mariana Trench in a submarine called the Limiting Factor. 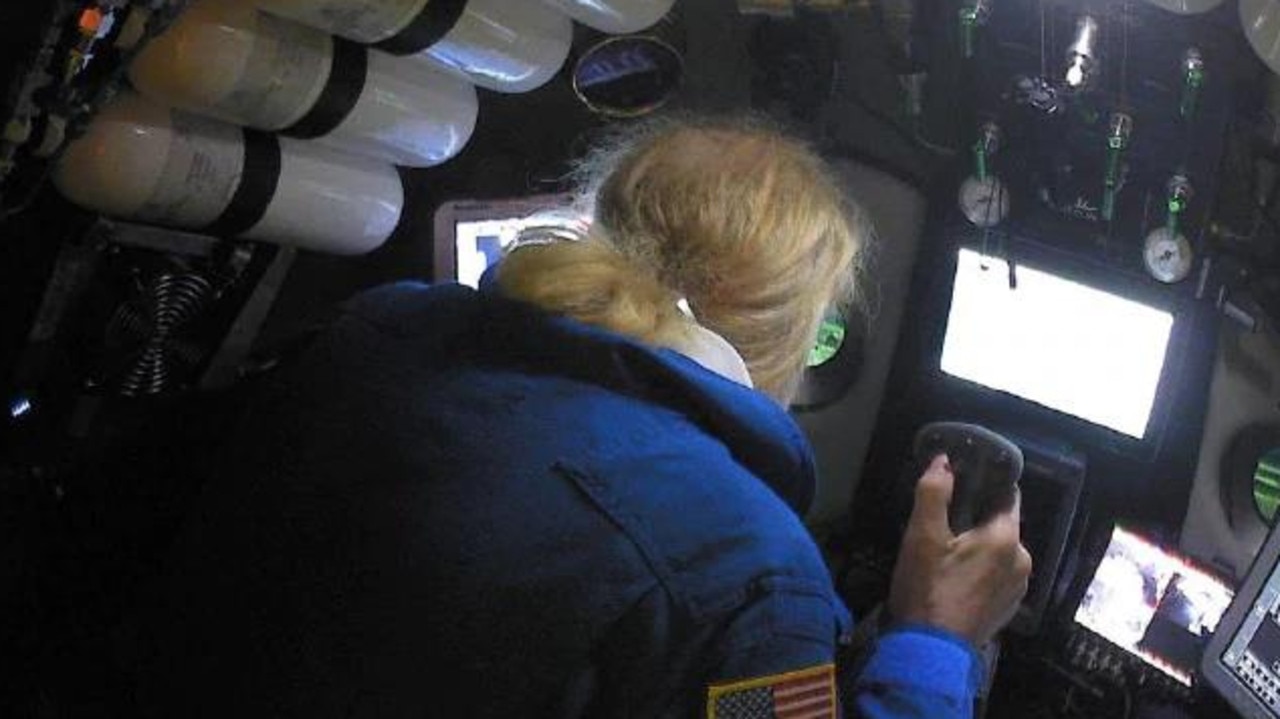 Mr Vescovo and scientists working with him are part way through a mission to explore the world’s deepest waters, called the Five Deeps expedition.

The goal is to discover new sea creatures and create surveys* of unexplored ocean trenches.

Early reports from the team are that they have managed to film what are believed to be entirely new species, yet unseen by humans.

Some of the marine life discovered included “vibrantly colourful” rocky outcrops that could be chemical deposits, prawn-like supergiant amphipods and bottom-dwelling holothurians, or sea cucumbers.

In an interview with TV network CNN, Mr Vescovo said they planned to test the creatures they found to know whether they contain microplastics* and, if so, what quantities.

In April, in the Java Trench, they discovered a strange and mysterious jellyfish-like creature, which they believe could be a tunicate, which is a sea squirt. The jellyfish found during the voyage to the bottom of the Java Trench. Picture: supplied

The final challenge will be to reach the bottom of the Molloy Deep in the Arctic Ocean, which is planned for August.

Mr Vescovo is a wealthy US businessman who paid for this expedition. He previously climbed the highest mountains on the world’s seven continents.

When the expedition is over he plans to donate the submarine to science organisations so its work can continue. On the left is the submarine called the Limiting Factor. It is a very strong capsule that can withstand the extreme pressure of the deep ocean. Picture: Discovery Channel/Deep Planet

The first deep dive into the Mariana Trench was in 1960, when US Navy Lieutenant Don Walsh and Swiss engineer Jacques Piccard ventured into the deep abyss* of the Pacific Ocean in a submarine called Trieste.

In 2012, movie director James Cameron made a solo trip into the Mariana Trench, however Mr Vescovo’s team broke Mr Cameron’s previous record by about 11m.

“I crisscrossed all over the bottom looking for different wildlife, potentially unique geological* formations or rocks, man-made objects, and, yes, trying to see if there was an even deeper location than where the Trieste went all the way back in 1960,” Mr Vescovo told CNN.

The pressure at the bottom of the ocean is about 1000 times normal air pressure at sea level, which is equal to about 50 big aeroplanes piled on top of a person.

CLASSROOM ACTIVITIES
1. 5 Ws of the deep
Summarise the Kids News article in detail by completing the following 5 W questions relating to the Five Deeps expedition:

What is the Five Deeps expedition?

Who is undertaking the expedition?

Why is he undertaking the expedition?

When is it taking place?

Where are the expeditions taking place?

2. Extension
Make a list of all the new discoveries made by the Five Deeps expedition so far. Do you think this is important scientific research? Why or why not?

HAVE YOUR SAY: Would you like to go in a submarine? What would you like to explore?
No one-word answers. Use full sentences to explain your thinking. No comments will be published until approved by editors.