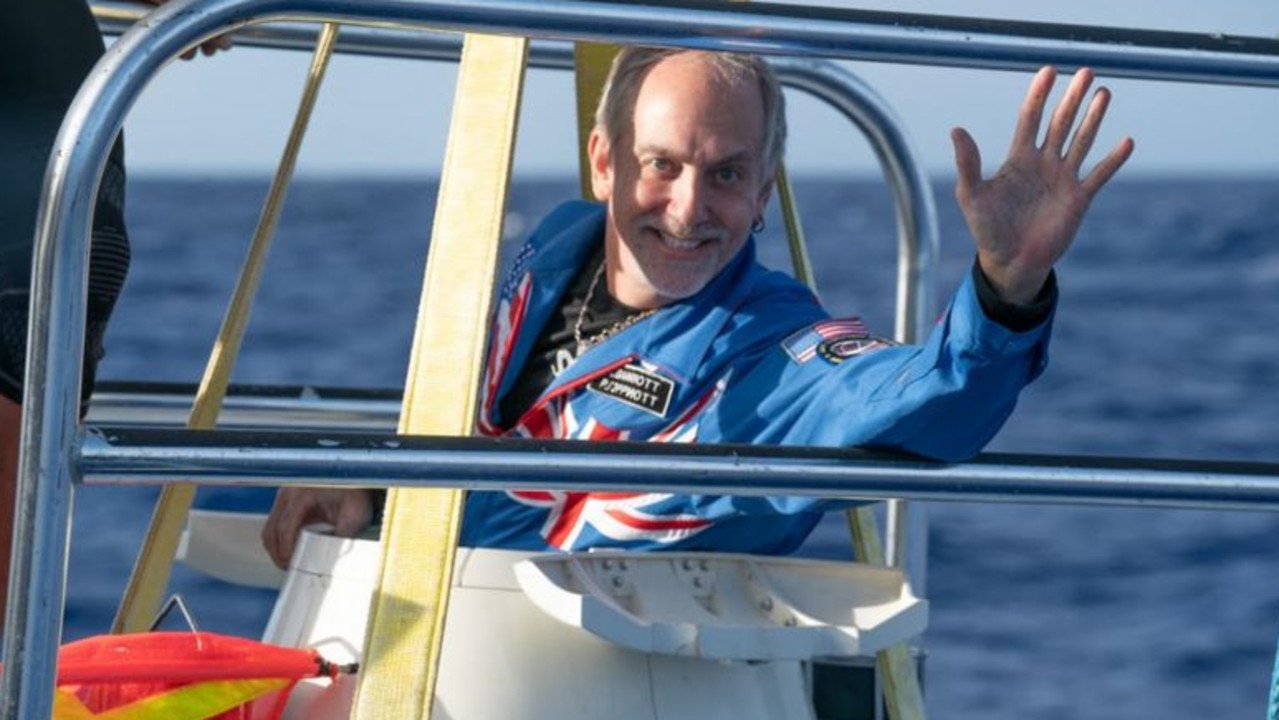 Multi-millionaire explorer Richard Garriott is the first person to visit Earth’s four extremes after diving to the bottom of the Mariana Trench. Picture: Michael Dubno

A multi-millionaire explorer has become the first person to travel to Earth’s four furthest extremes after reaching the lowest point in the oceans.

Richard Garriott, 59, has now traversed* the north and south poles, reached Earth’s orbit and plunged to Challenger Deep, the deepest part of the Mariana Trench beneath the Pacific Ocean.

To put that into perspective, Mount Everest is 8848m high.

“I’ve been to the bottom of the Earth — you can’t go deeper than that,” he said from the expedition ship Pressure Drop, as reported by The Times. 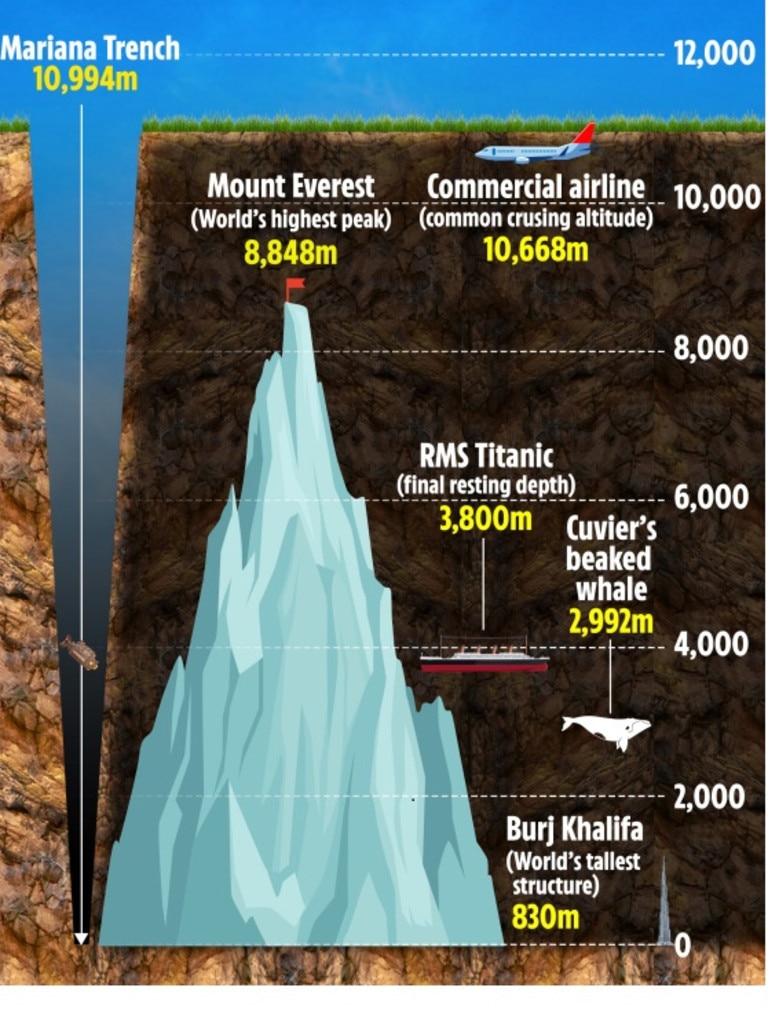 The Mariana Trench is deeper than Mount Everest is tall.

The son of a NASA astronaut described the alien-like life found 11,000m beneath sea level.

“There was a whole variety of small and somewhat difficult to see life forms, small sea cucumber-related creatures and translucent* creatures like flatworms,” he said.

Garriott, who was born in the UK but raised in the US, made the dive on board the “Limiting Factor”, a submarine developed by undersea explorer Victor Vescovo. Like Sullivan, Garriott made the trip as part of dives to research the bottom of the Mariana Trench and collect scientific samples.

Little is known about the conditions and wildlife at Earth’s deepest points because the technology needed to get there is still in the very early stages of development.

It took four hours for the crew to reach Challenger Deep.

On the way up, at a depth of about 500m, Garriott and sub-pilot Victor Vescovo came across a siphonophore, a colony of cells that connect to form what appears to be a single creature.

“It looked a bit like a big mop of tentacles, each a metre in length,” Garriott said.

“We bumped into it and it broke into all these pieces that grow into more siphonophores. We didn’t harm it, it just created more.” 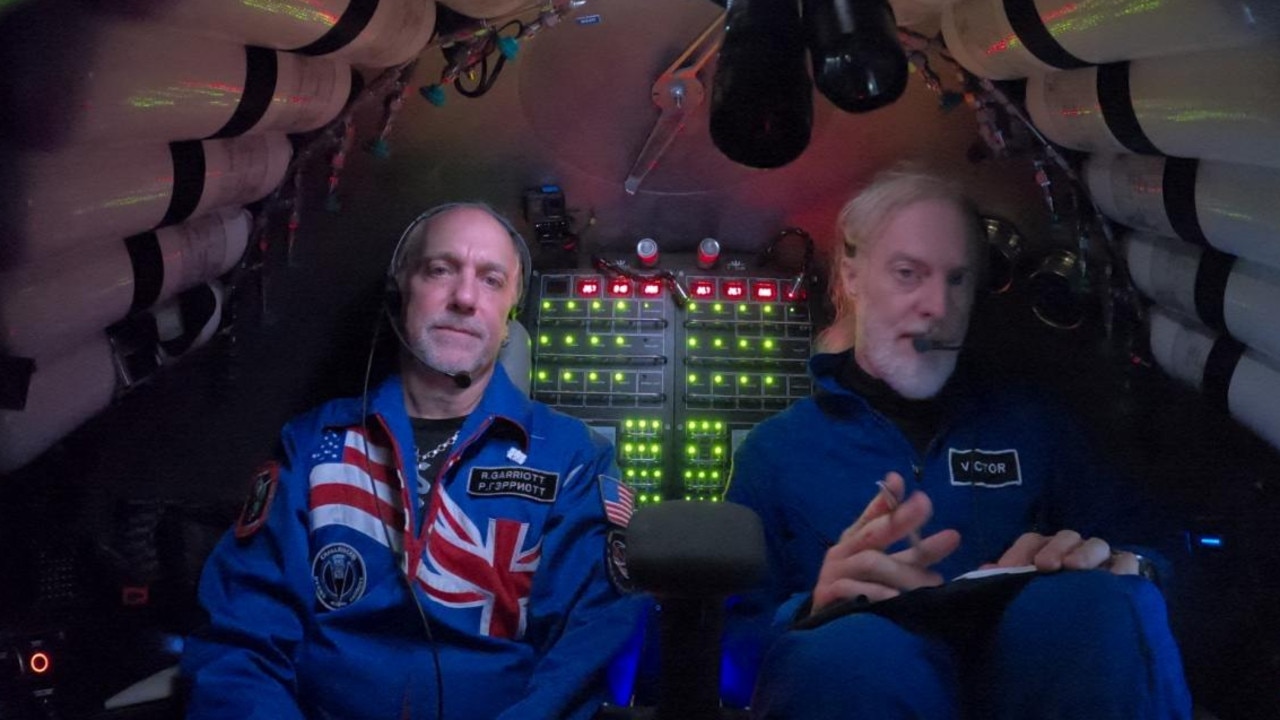 Explorers Richard Garriott and Victor Vescovo inside the “Limiting Factor” on their dive to the bottom of the Mariana Trench.

Born in Cambridge, England, Garriott made millions in the video game industry before pivoting* to exploration in the 2000s.

Garriott is said to have paid Russian space agency Roscosmos $30 million for his space trip, which was turned into an eight-minute documentary.

It was the fulfilment of a lifelong ambition for the multi-millionaire, who wanted to follow in the footsteps of his father, NASA astronaut Owen Garriott. Garriott isn’t the first famous explorer to reach the bottom of the Mariana Trench.

Oscar winning movie maker James Cameron, who made The Titanic, became the first person to make a solo journey to Challenger Deep back in 2012.

Cameron said he was stunned by the “completely featureless, alien world”.

ABOUT THE MARIANA TRENCH

The Mariana Trench is in the west of the Pacific Ocean, east of the Philippines, south of Japan and north of Papua New Guinea and Australia.

It is the deepest ocean trench in the world, plunging 10,994m at its deepest point, known as Challenger Deep. It is more than 2540km long and about 69km wide.

The trench was formed through a process called subduction.

Earth’s crust is made up of comparably thin plates that “float” on the molten rock of the planet’s mantle*.

While floating on the mantle, the edges of these plates slowly bump into each other and sometimes even collide head-on.

When two plates crash into each other, an oceanic plate plunges downward into the mantle, while the other plate rides up over the top.

This movement creates a trench where the downward oceanic plate drags down the edge of the top plate.

Despite the Mariana Trench being 2146m deeper than Mount Everest is tall — and pitch black at the bottom — marine life has been found living there, including prawn-like creatures and sea cucumbers. The Mariana Trench is located in the west of the Pacific Ocean.

CLASSROOM ACTIVITIES
1. Describing a deep dive
This news article gives us some understanding of what it is like to travel to the Earth’s deepest point. Close your eyes and really visualise how it would feel to be there on board the submarine. Then write your best description of the journey, as though you were a passenger on the “Limiting Factor” diving down to Challenger Deep.

2. Extension
Name an unusual or hard-to-reach location that you would like to travel to in your lifetime. Explain why you want to go there and draw a picture of what you think it will look like.