The Endeavour, a replica of Captain James Cook's 18th century ship, photographed in 1994.

There’s a “phantom* island” off the coast of Australia that lives as a ghost on Google Maps — and it has experts baffled*.

The mysterious Sandy Island has been on charts since 1774 as being located near New Caledonia in the South Pacific, but you won’t find it on Google Maps today.

Instead you’ll see a faint outline of what looks like a long, thin island — but with no land in sight. The mysterious Sandy Island is a mapping “phantom”, and only appears on Google Maps as a faint outline.

The story of Sandy Island begins on September 15, 1774, when Captain James Cook added “Sandy I” to the charts he drew of the eastern Coral Sea, off the northeast coast of Australia.

It was published in Cook’s Chart of Discoveries made in the South Pacific Ocean in 1776.

Historically, the island was believed to be 24km long and 5km wide — hard to miss. One hundred years later — in 1876 — a whaling ship called Velocity also reported Sandy Island. This was noted on several maps from the 1800s from the UK and Germany.

Eventually, sea charts began changing maps with the letters ED (for “existence doubtful”) after a number of voyages failed to spot the island where it was charted.

The French Hydrographic Service removed the island from its nautical* charts in 1979. But the true “undiscovery” came on November 22, 2012, when Australian scientists on the research ship Southern Surveyor failed to find Sandy Island.

The crew also recorded ocean depths, which were never less than 1.3km — suggesting that there was no chance an island was lurking just below the waves.

On November 26, 2012, Google removed the island from its Google Maps service. However, there is a rise from the sea bed visible on the Google Maps satellite view.

So what’s the official explanation for Sandy Island?

There isn’t one, because no one can say with 100 per cent certainty what Captain Cook saw all those years ago. The best theory is that the island may have been pumice* sea rafts.

These are masses of floating pumice that have been blasted out from underwater volcanoes, and then move around on the surface.

These rafts can sometimes travel thousands of kilometres. Wayne Fox found this washed up pumice from a New Zealand underwater volcanic eruption in 2013.

It’s possible that what Captain Cook — and the Velocity, later — saw were pumice rafts making a slow journey across the Pacific Ocean.

This article originally appeared in The Sun and was published here with permission. 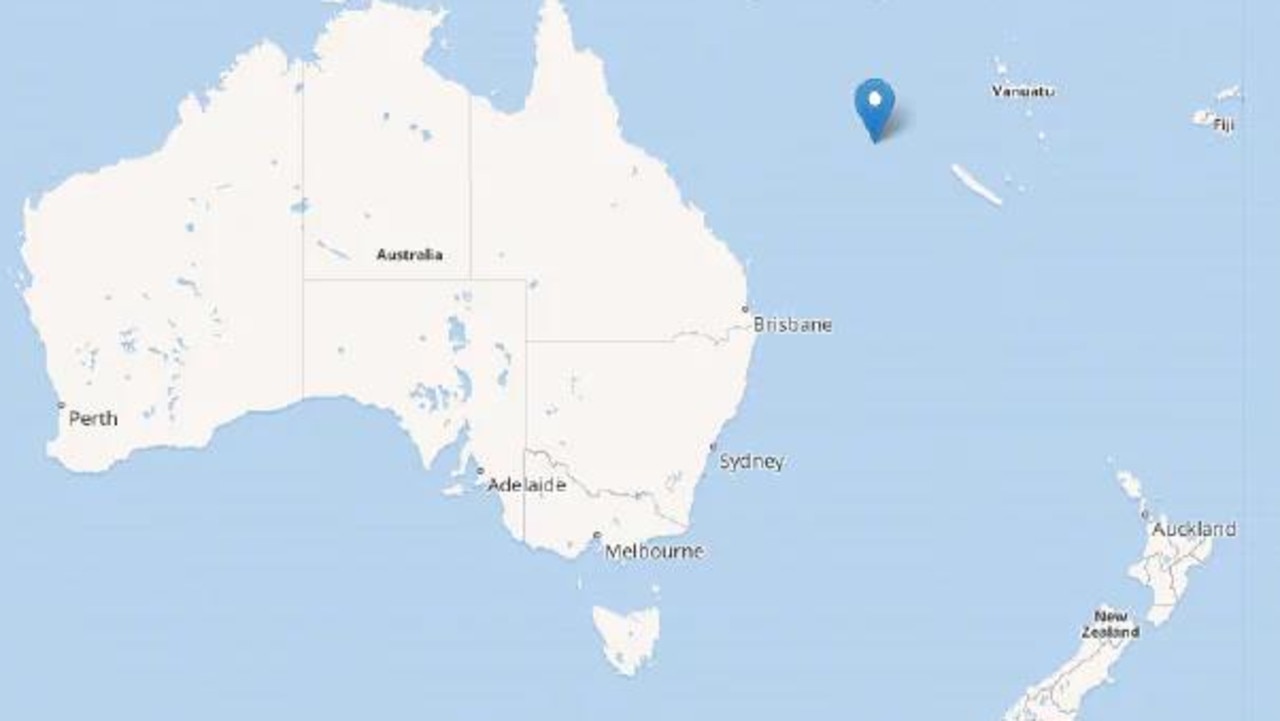 The island is supposedly northeast of Australia. Picture: supplied

How technology changed everything we do

CLASSROOM ACTIVITIES
1. A Sandy Mystery Rap
Work in a group of 2-3 and write a rap song about the existence or now non-existence of Sandy Island.

From these facts make a list of some rhyming words. You could also look at the thesaurus or rhyming dictionary.

Now work on your chorus. The chorus loops through after each verse of your rap. The chorus should contain the main ideas about Sandy Island and key points you want your audience to remember.

Choose a title for your rap.

Now for the verses. For each verse focus on a different key point about how Sandy Island came to be. One could be about Captain Cook sighting, one about the Velocity sighting and so forth. Aim to write three verses. Now put some rap “boom box” sound effects behind it and see how it sounds. You may need to change a few words here and there to ensure it fits in with your chosen beat and sounds right.

Put your cap on back to front, add in some dance moves and you’re ready to perform!

You could perform your rap to the class or record it on video or a program such as Garage Band.

2. Extension
Why do you think the satellite view of the coordinates of where Sandy Island was thought to be show a risen sea bed? Can you see this on the map?

HAVE YOUR SAY: What do you think happened to Sandy Island?
No one-word answers. Use full sentences to explain your thinking.