Why do we celebrate April Fools’ Day and when did we start playing jokes on each other?

Today is April Fools’ Day. It takes place every April 1 and is celebrated around the world with friends, family, businesses and even the media playing pranks on unsuspecting* people.

Some of today’s best jokes include delivery company Deliveroo announcing it would remove crusts from pizzas due to overwhelming anti-crust feedback, outdoor equipment company Kathmandu launching a waterproof wedding dress with adjustable length that packs into a backpack and audiobook company Audible releasing a three-second audiobook for pet fish to keep them company while we’re not at home.

Travel company Wotif launched Emu airlines especially for tall people, the city of Orange in NSW announced it would change its name to Pink, finance company ING offered loans for pet owners to build the house of their dreams for their pets and website Groupon launched the NapDesk 2000, a standing desk for sleeping.

How the April 1 pranking tradition began is a mystery.

The most likely origin* seems to trace back to 1582 when Pope Gregory XIII decided it would be a good idea to adopt the new Gregorian calendar (named after himself).

The year had previously started at the end of March, but under the new Gregorian calendar rules it was moved to January 1.

Even though the news was spread, some people clearly didn’t get the message in time and continued to celebrate the New Year on April 1. Because of this, they were laughed at and branded as “fools”; and that is where the tradition of April Fools’ Day is believed to have begun. 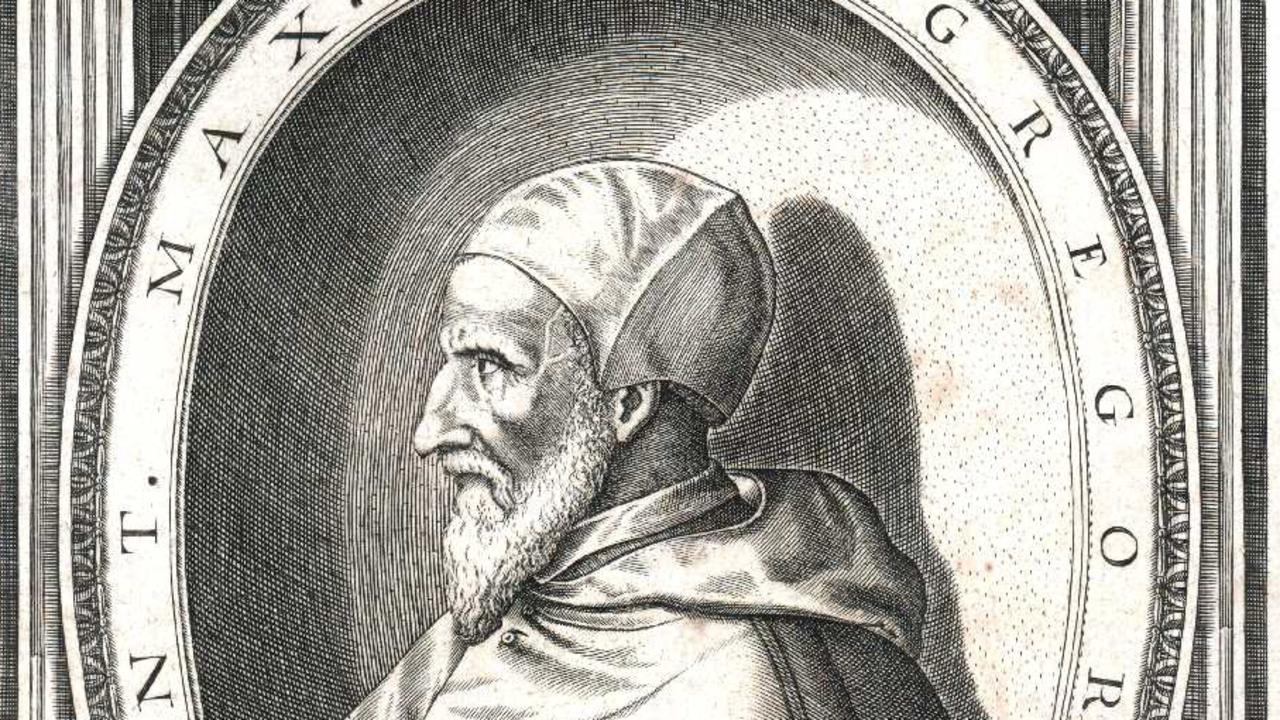 Pope Gregory XIII, shown in an engraving from the 1600s.

Historians have also linked April Fools’ Day to festivals such as Hilaria, which was celebrated in ancient Rome at the end of March and involved people dressing up in disguises.

Others think April Fools’ Day was tied to the vernal equinox, or first day of spring in the Northern Hemisphere, when Mother Nature fooled people with changing, unpredictable weather.

April Fools’ Day spread throughout Britain during the 18th Century.

In Scotland, the tradition became a two-day event, starting with “hunting the gowk,” in which people were sent on fake errands* (gowk is a word for cuckoo bird, a symbol for fool) and followed by Tailie Day, which involved pranks played on people’s backsides, such as pinning on fake tails or “kick me” signs on them. “Kick me” signs taped to people’s backs or backsides were popular during Scottish “hunting the gowk” celebrations. .

More recently, people have gone to great lengths to create amazing April Fools’ Day hoaxes. Newspapers, radio and TV stations and websites have participated in the April 1 tradition of reporting outrageous* fictional stories that have fooled their audiences.

ARE THERE ANY RULES ABOUT PLAYING JOKES?
In Australia, Canada and England, April Fools’ Day jokes are only supposed to be played until noon.

It is believed prank victims are only “fools” if they fall for a trick early in the day. After that, the fools become those who try to carry out pranks after noon.

Many people are divided on this issue, however, and some insist on carrying out pranks all day.

GO HOME … APRIL 1 IS A NATIONAL SCHOOL HOLIDAY IN AUSTRALIA
If you are at school reading this, you shouldn’t be.

April Fools’ Day in Australia is a public holiday for schools. Go home!

Wait …… did you believe that? Fooled you!

How we tell the time just became more accurate

CLASSROOM ACTIVITIES
1. The words of a fool
Can you believe that there were people who actually fell for some of the pranks in this news story?

Write two diary entries from the point of view of a person who was tricked by one of these April Fool’s pranks. The first entry should be dated the 1st of April of that specific year and express their surprise and belief of the odd news of the day.

The second entry should be dated the 2nd of April, once the writer has learned that they have been fooled and talk about how they felt about being tricked by something so outrageous.

2. Extension
Pranks can be great fun, but it’s important not to take the joke too far. Write a list of dot points to tell what makes a good prank and what makes a bad prank.

VCOP ACTIVITY
April Fools
Advertisers, especially on social media, will pull out all the stops today to try and fool the public. Usually, it has something to do with new items or new flavours becoming available, or your favourites disappearing from the shelves. Make a poster for a new item or flavour that will become available in leading outlets. Maybe a pair of Hermes’ flying shoes from Percy Jackson, or An invisibility cloak from Harry Potter or something gross like Dog Food Flavoured Ice Cream?

Ask your teacher to keep an eye out on social media today for all the crazy ads and to share with you.

HAVE YOUR SAY: Have you ever been part of an April Fools’ Day joke? What was it? Did it work?
No one-word answers. Use full sentences to explain your thinking. No comments will appear until approved by editors.