What is drought, how long does it last and what is a drought declaration? 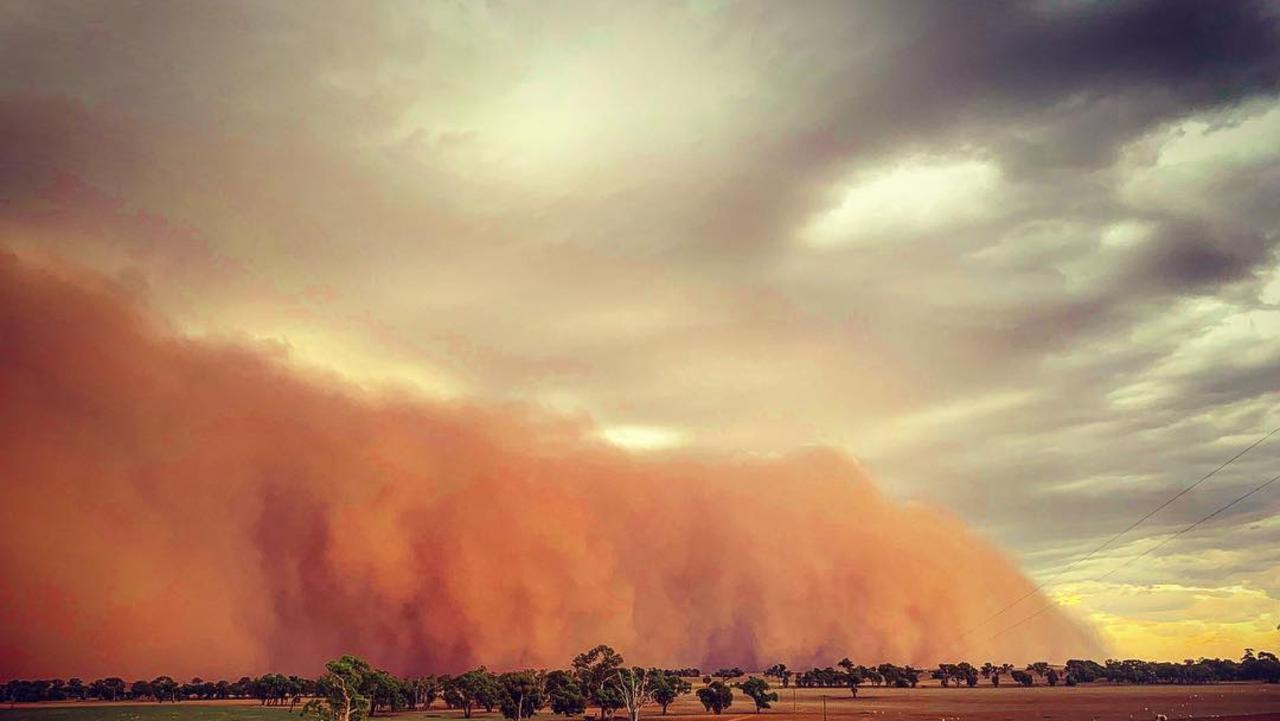 Much of eastern and southeastern Australia is in what many are calling the worst drought in living memory for periods ranging from one year to seven years.

Rainfall information from the Bureau of Meteorology* shows that large sections of South Australia, New South Wales and the Northern Territory have recorded between nil* and 5mm of rainfall between April 1 and 28.

The situation doesn’t look likely to improve in the near future.

May is likely to be drier than average for most of eastern Australia, according to the Bureau’s latest predictions.

There’s also a greater than 80 per cent chance of warmer than average days and nights from May to July in large parts of northern and eastern Australia.

And the Bureau’s climate model suggests a short El Nino* weather system may develop in the coming months, which would increase the chances of drier conditions continuing in the east. 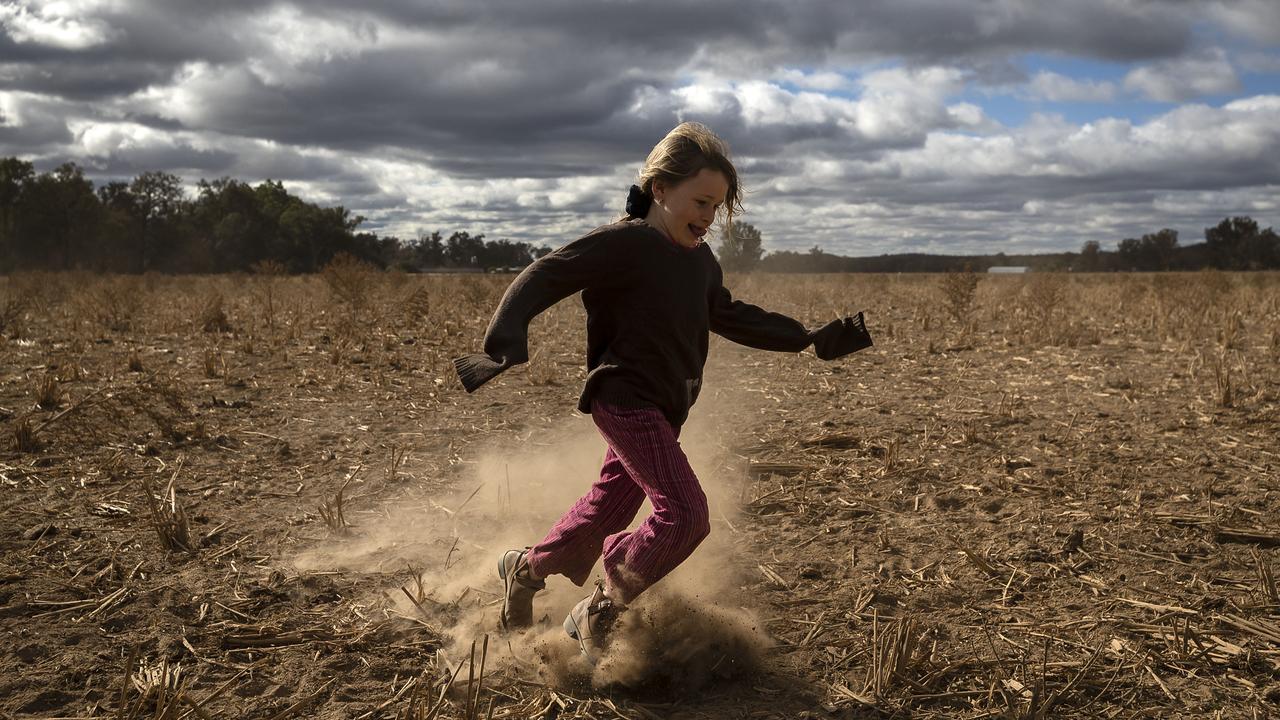 WHAT IS DROUGHT?
At it’s simplest, drought is when there is less rain than usual.

This can lead to dry soil and dry rivers and dams. Less available water affects how well plants grow and how much animals have to eat, which means farmers have difficulty making money.

Drought can also increase the risk or severity* of bushfires.

Severe drought can mean that we run short of water to supply houses, towns or even cities.

When farmers have difficulty making money for a long time, the local and national economy can suffer. The economy is the movement of money from person to person and business to business around a community or country.

Farmers have to buy expensive feed for their animals, food prices can rise, fewer people are employed in farming and the businesses and towns that are directly involved in farming can suffer.

WHAT CAUSES DROUGHT?
There are several possible causes of drought, the most common being lack of rain.

If an area upstream along a river system gets little rain, that can cause a drought downstream.

If it is hotter than usual, water evaporates (or dries up) faster than usual and the soil, rivers and water storage areas can dry out. A big, dry dam on a farm out of Swan Hill, Victoria.

People sometimes refer to this as the drought cycle: when it is hot, evaporation increases, which dries the ground out, which makes it hotter, which increases evaporation and so on in a cycle.

WHY IS AUSTRALIA VULNERABLE?
After Antarctica, Australia is the second-driest continent on Earth. More than 80 per cent of Australia gets less than 600mm of rain a year.

Air moves around the Earth in fairly regular patterns. Australia’s position on the globe is one reason we are at risk of drought as we sit in what is called a high-pressure belt. High pressure in the atmosphere pushes air down from the sky towards land. For it to rain, we need the opposite to happen: low pressure, or air lifting up.

Another factor that puts Australia at risk of drought is a natural, cyclical* weather system called El Nino Southern Oscillation (ENSO). El Nino warms up the central Pacific Ocean to the east of Australia. El Nino pushes more air down towards land, which also prevents rain.

(The other part of ENSO is La Nina, which can deliver Australia lots of rain.)

A third weather system is the Southern Annular Mode (SAM), which operates to the south of Australia and determines whether cold fronts with rain in them make it to Australia. 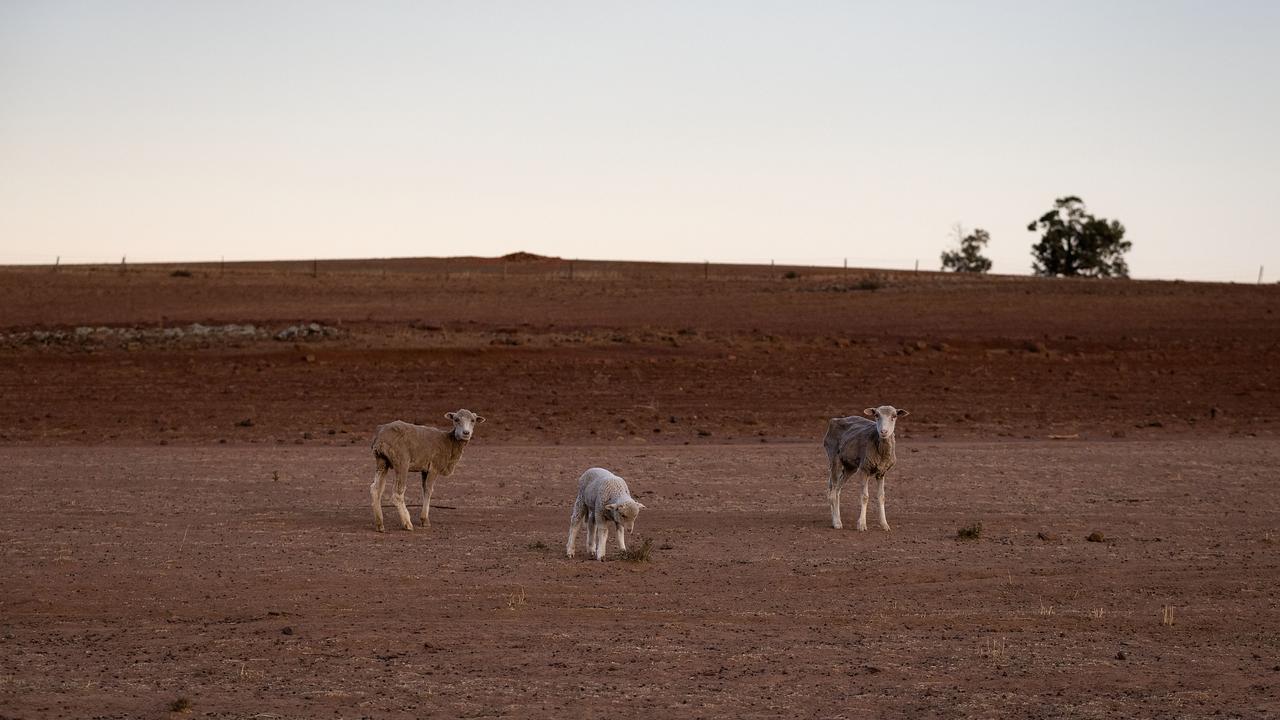 The Jerry family farm is near Coonabarabran, NSW. This photo was taken in June last year, when there should be green grass rather than bare paddocks. Picture: Getty Images

HOW LONG DOES DROUGHT LAST?
No one can really know for sure how long a drought will last, but the people most likely to know are weather scientists called meteorologists.

They look at the way air and water is moving around the Earth and have complex models (based on science and observations from the past) to help them predict what will happen in the future.

WHAT IS A DROUGHT DECLARATION?
State and federal governments decide when an area is declared officially in drought.

For those affected, an official drought declaration is important as it triggers a range of types of help for people, businesses and communities.

Help can be in the form of money to buy food for people and farm animals; discounts or money back on some expenses such as fuel or interest, which is the cost of borrowing money from a bank; payments to charities that help support people in need and payments to drought-affected schools to help provide meals, books, uniforms or excursions.

HOW CAN I HELP?
Join our Adopt a Farmer campaign to help ease a family’s pain from the drought.
Click  HERE for details Dairy heifers at Strathmerton in Victoria are relying on hay to eat as they have run out of grass. Buying hay and grain to feed animals is expensive.

CLASSROOM ACTIVITIES
1. Wildlife and Drought
Many people are affected by drought as mentioned in the Kids News article. Animals and wildlife are one of the groups severely affected. Work with a partner and create a digital or poster presentation about wildlife in drought. Cover the following questions in your presentation;

What type of animals are affected by drought?

What happens to their habitats (where they live)?

How would the animal’s food source be affected by the lack of water?

Other risks to animals during a drought?

2. Extension
Explain El Nino and La Nina in your own words. How do these affect Australia’s rainfall and why?

HAVE YOUR SAY: Do you or someone you know live in a drought-affected area? Describe what that is like.
No one-word answers. Use full sentences to explain your thinking. No comments will be published until approved by editors.