We knew the lightning myth wasn’t true but until now, no one has been able to show why or how 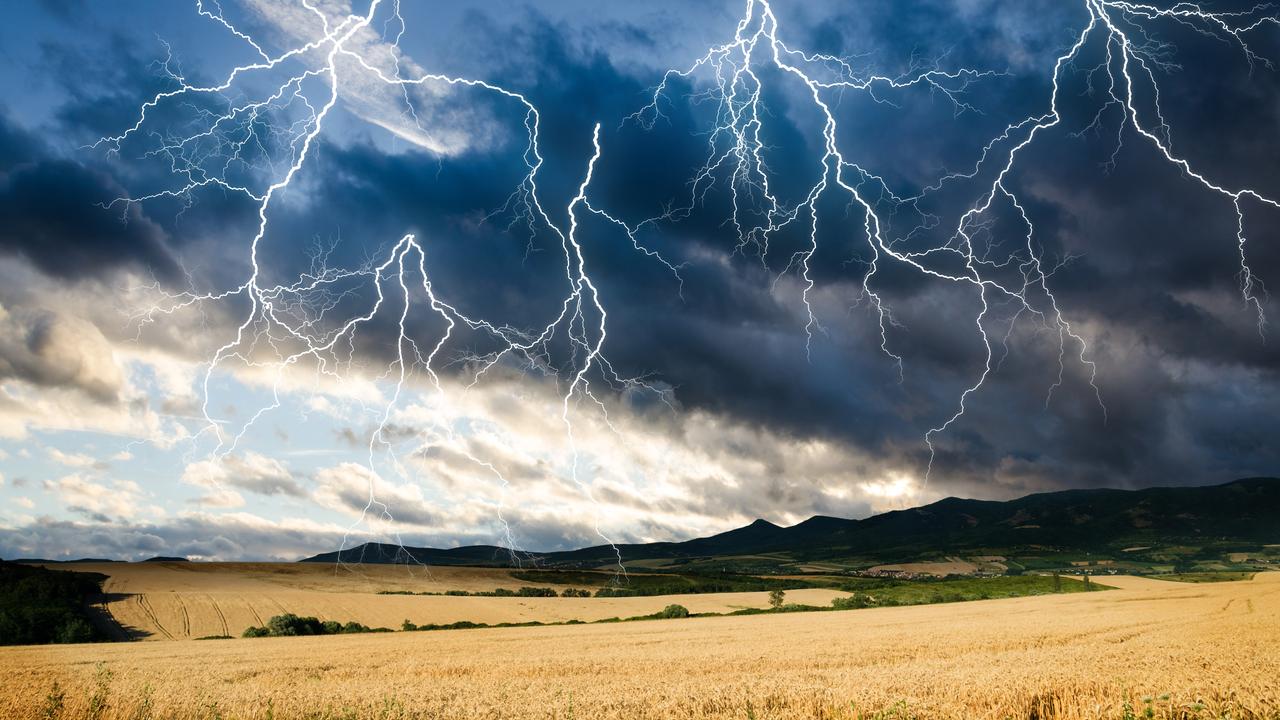 A single thunderstorm can produce many, many lightning strikes as electricity escapes from the clouds.

There is an old saying that lightning doesn’t strike the same place twice. People use it to comfort and reassure* someone who has had bad luck.

Lightning does often strike the same place twice and a new international study shows how, solving a big mystery.

Scientists used a specially made telescope to look inside thunderclouds and watch what happens when lightning strikes.

The research team identified what they call ‘needles’. These become a channel between the clouds and the strike place for the electricity to move through. These ‘needles’ store a negative charge along the main lightning channel. The negative charge attracts more lightning and so causes repeated strikes.

The research team led by the University of Groningen in the Netherlands and involving a scientist from The Australian National University (ANU) used a radio telescope to crack the long-running lightning mystery. 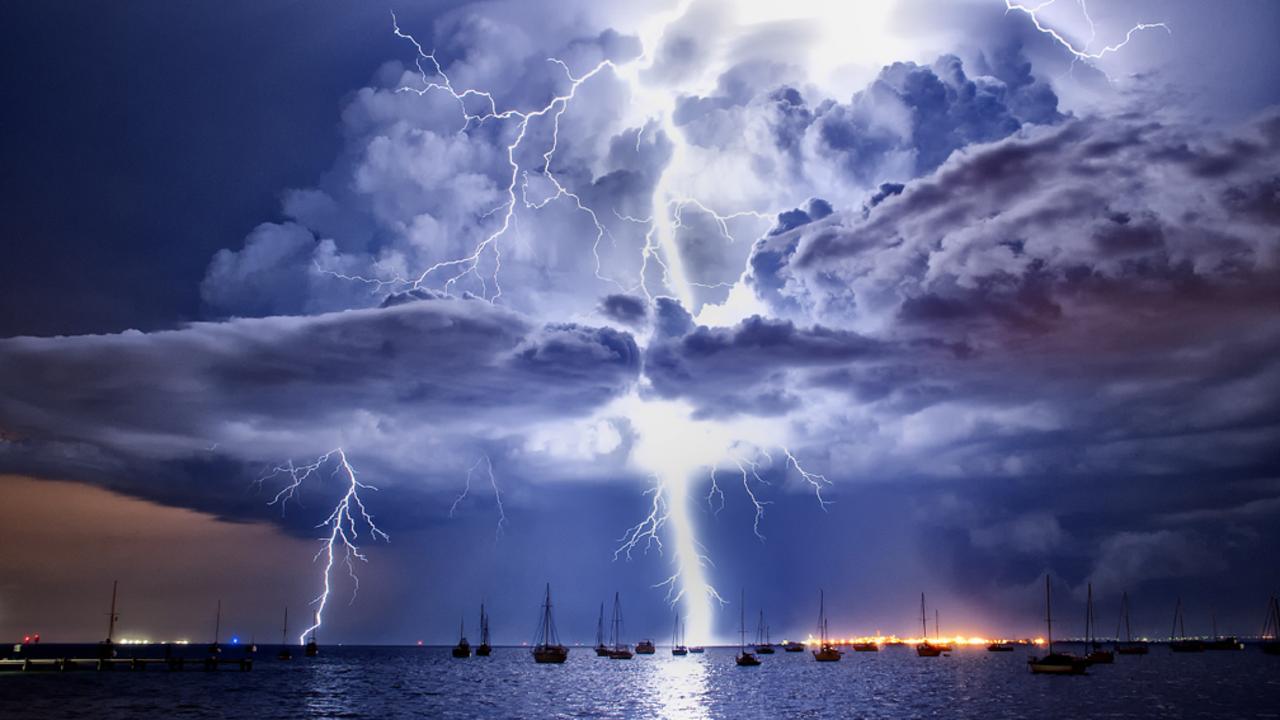 WHAT IS LIGHTNING?
Clouds are made up of water and ice. Air currents push up and gravity pushes down and the water and ice are compressed, or squashed together.

The particles in the clouds collect an electrical charge from all that pushing about, just like the electrostatic charge you create when you rub a balloon on your hair.

Lightning strikes when so much electricity builds up in a cloud it is strong enough to break out of the clouds and into the air. The lightning bolt travels through the channel and hits the ground within a fraction* of a second after passing through a channel. 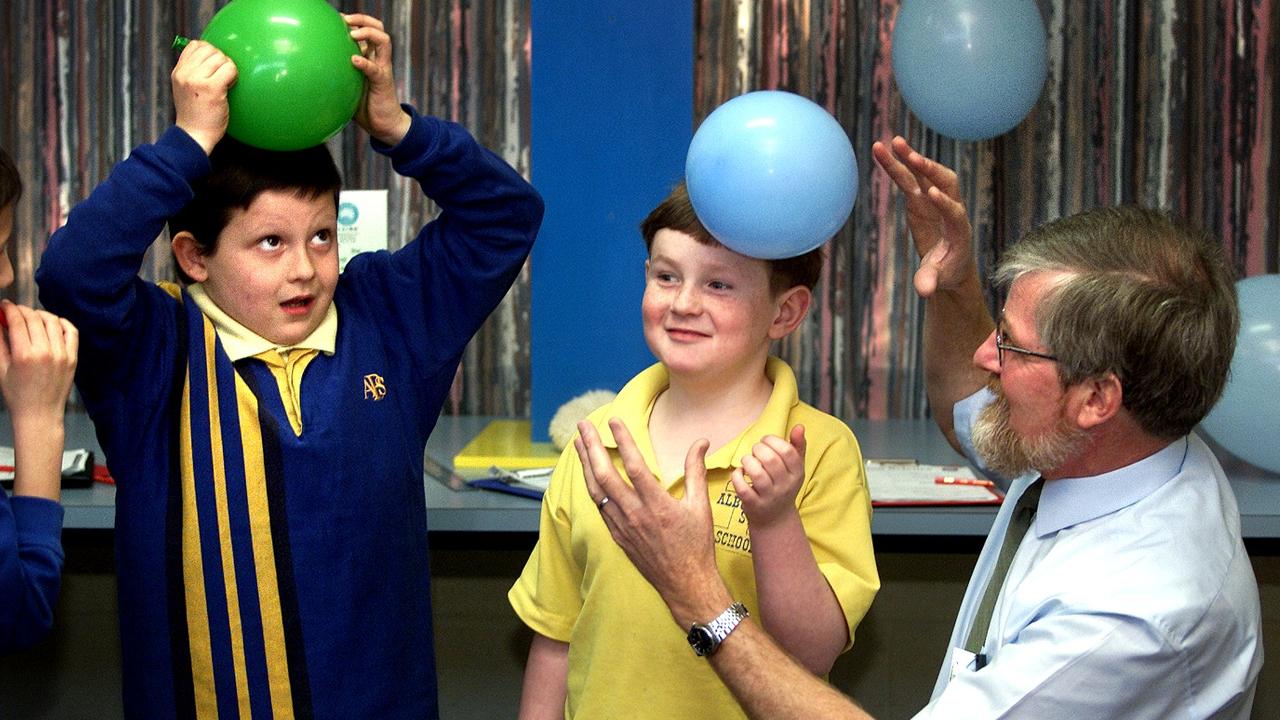 CSIRO’s Richard Verral guides Roman and Mark through an experiment that shows the effects of static electricity.

WHAT IS THUNDER?
The sound of the air collapsing back into the channel the lightning has just passed through makes the sound of thunder. We see lightning before we hear thunder because light moves much faster than sound.

If you hear thunder at the same time or very soon after you see lightning, the storm is close by. Thunder is the sound of the air collapsing back into the channel the lightning has just passed through. It can be loud and give you a fright.

According to the Bureau of Meteorology (BOM), lightning causes up to 10 deaths every year in Australia.

“The reason why a lightning channel is reused had been a mystery until now,” said Professor Butcher, a former Director of the ANU Research School of Astronomy* and Astrophysics.

“This new research shows the negative charges inside a thundercloud are not drained all in one flash but are, in part, stored alongside breaks in the main lightning channel.

“This happens in structures called needles that have never been described before. Through these needles, a negative charge may cause a repeated discharge* to the ground.”

Professor Butcher led the development of the telescope used by the team. The radio telescope, LOFAR (LOw Frequency ARray), is made of thousands of simple antennas spread across Northern Europe.

These antennas are connected with a central computer, which means they can operate together to form a radio camera able to focus on both the distant Universe and on phenomena* — such as lightning — in the Earth’s atmosphere.

The findings are published in the science journal Nature.

Lead author Dr Brian Hare from the University of Groningen said the information collected by LOFAR allowed the team to detect lightning activity within clouds and the surrounding environment at a scale where, for the first time, scientists can properly understand what is happening.

“From these observations we see that a part of the cloud is recharged, and we can understand why a lightning discharge to the ground may repeat itself a few times,” he said.

“The use of radio waves allows us to look inside the thundercloud, where most of the lightning resides*.”

This is an edited version of a story by ANU, reproduced here with permission. If you are caught in a thunderstorm, do not use an umbrella, kite, golf clubs or fishing rod.

Rain, hail or shine this is a job for you

CLASSROOM ACTIVITIES
1. Thunder and Lightning
Sketch a landscape including thunder clouds and lightning bolts and surround your picture with dot points explaining how thunder and lightning are generated. Try and keep your language simple so other children can understand and make your landscape picture interesting and colourful to grab people’s attention.

2. Extension
Under the heading “Lighting CAN Strike Twice”, write a list using dot points of why lightning is likely to strike more than once in the same location.

VCOP ACTIVITY
Create a visual poster of all the ways you can stay safe around storms and lightning.

Use your VCOP to uplevel some of the language used to caption your visual picture. You may want to add more information to your caption to be more effective.

HAVE YOUR SAY: Is anyone you know frightened of thunderstorms?
No one-word answers. Use full sentences to explain your thinking. No comments will be published until approved by editors.