Understanding current tension on the border of Ukraine and Russia You might be wondering what is happening in Eastern Europe. There is a lot of talk in the media and among adults at the moment about fighting between Russia and its neighbour Ukraine.

Russia sent a large number of soldiers to the Ukrainian border over the past few months and then on Thursday, February 24, launched an invasion.

Russia maintains it is motivated only by concern for its own security and wants an assurance that Ukraine is not planning to join the North Atlantic Treaty* Organisation (NATO), which is an organisation formed by the US and its allies* after World War II to provide peace and security for its members.

WHAT DOES THAT MEAN?
While Ukraine is a country of around 44 million people compared to Russia’s estimated 146 million people and global power status, NATO membership would give Ukraine some powerful friends.

NATO members include the UK and the US, so Russia thinks that if Ukraine joins NATO, the US and its allies will have too much power in an area next to Russia’s borders.

Nonetheless, the US president, Joe Biden, and many other world leaders, including Australian Prime Minister Scott Morrison, have said that Russia has no right to invade Ukraine.

There are fears the invasion could see fighting spill into other parts of Europe. INTERNATIONAL RESPONSE
Political leaders from a range of countries worked hard to find a diplomatic* resolution* to avoid the Russian invasion.

Russian president Putin spoke several times to US president Biden and other leaders, including French president Emmanuel Macron. But the talks failed to convince Russia to pull back.

Many countries have now imposed new, tough sanctions on Russia. Sanctions include blocking trade and business with Russia and placing restrictions on Russian banks. The aim is to punish Russia by hurting its economy and its ability to fund fighting. WHAT IS AUSTRALIA’S INVOLVEMENT?
Defence Minister Peter Dutton has ruled out sending Australian troops to Ukraine but said the invasion would have a “knock-on effect” for the world.

While Prime Minister Scott Morrison has also confirmed Australia will not commit to military assistance, Mr Dutton said Australia would lend support in other capacities.

“We are not sending troops to Ukraine. But there are ways in which we can provide assistance and there may be some cyber activities that we are able to support,” he said.

Foreign Minister Marise Payne met with her Ukraine counterpart*, Dmytro Kuleba, at a security conference in Germany, where Mr Kuleba said he was “grateful to Australia for standing by Ukraine at this tense time of the security crisis”. 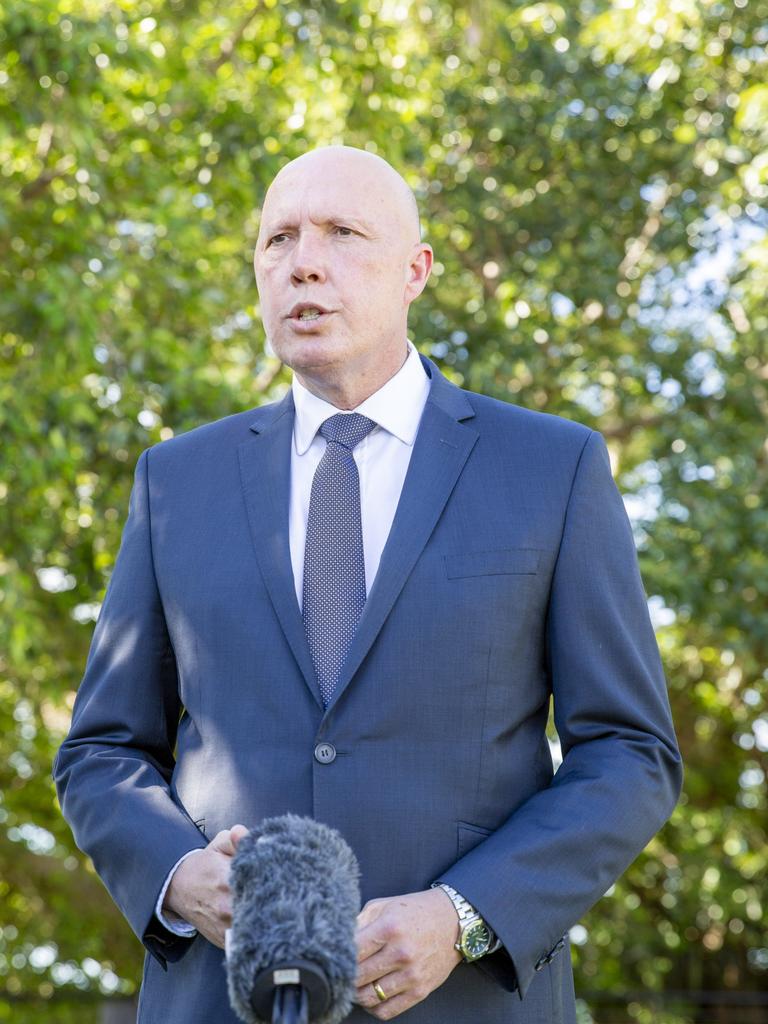 WHAT IS THE HISTORY BETWEEN RUSSIA AND UKRAINE?
Tension along international borders is nothing new – borders were redrawn at the end of both World Wars I and II. That means that some citizens of one country believe they really belong in a different country and vice versa.

Borders raise very emotive* and powerful feelings due to factors like family, history, language, property and culture – and when the relationship has existed for centuries, these ties are really strong.

Russia and Ukraine, for instance, used to be part of the Soviet Union, and before that the Russian Empire.

In 1922, soon after the end of World War I, the Union of Soviet Socialist Republics (the USSR) was formed, better known as the Soviet Union.

Russia was the main power in the union and it did not agree with Western, capitalist* powers like the UK and the US and their liberal democracies*. The different ideologies* eventually resulted in a long period of tension known as the Cold War, which started after the end of World War II when NATO was formed. THE COLD WAR
This stand-off between the West and the Soviet Union lasted more than 40 years and is known as the Cold War because it was mostly a war of ideas rather than troops and boots on the ground: communism on one side and capitalist liberal democracy on the other.

Other communist nations included North Korea and China; together with Russia these were known as Eastern Bloc countries, whereas the US, UK and European allies formed the Western Bloc.

The Cold War ended in 1991 when the USSR was broken up into 15 smaller countries.

But while 30 years might sound like a long time ago, it is not long at all in terms of Eastern European history. And as a former member of the Soviet Union, Ukraine has deep ties and history with Russia.

Today, Ukraine is an independent democracy. Not all Ukrainians agree with the past century of changes to their country, so some Ukrainians want the country to have closer ties to the European Union (EU), but others want to restore ties to Russia.

“It’s been going on for many years and that’s partly because these countries have a long shared history,” he said. If you find this article upsetting, please talk about what is upsetting you with an adult you trust or visit kidshelpline.com.au or call KidsHelpline on 1800 55 1800 at any time for any reason.

Child soldier’s tale is our book of the month

CLASSROOM ACTIVITIES
1. Ukraine versus Russia
There is a lot of tension and concern regarding the unstable situation between Russia and Ukraine at the moment. After reading the Kids News story, summarise some of the key information presented by creating a four-square table with the following headings:

If so, record any concerns you have to pass anonymously to the teacher. Your teacher will read through the responses and discuss these worries with the class.

You should also discuss these with your parents at home and hear their opinion.

VCOP ACTIVITY
Vivacious vocabulary
Find words in the text that you find high-level and highlight them in yellow.

They are not wow words yet because you might not understand what they mean. Some of the words you have highlighted might be in the glossary, but there are probably some extra ones that you need to investigate further.

Pick three of your highlighted words and let’s investigate.

Create a card template that you can use as a resource in your classroom.

At the top write one of your highlighted words. Underneath this, add a kid-friendly definition. That means you might need to first look up the word in the dictionary, then rewrite the definition to make more sense to kids.

Next you’ll need to come up with two new examples of sentences for your word to show how it can be used.

And finally, see if you can create two activities that you could do to investigate the word further.

Share with a classmate to see what word they chose. Can you complete each other’s activity?