Trillions of Brood X cicadas about to hatch 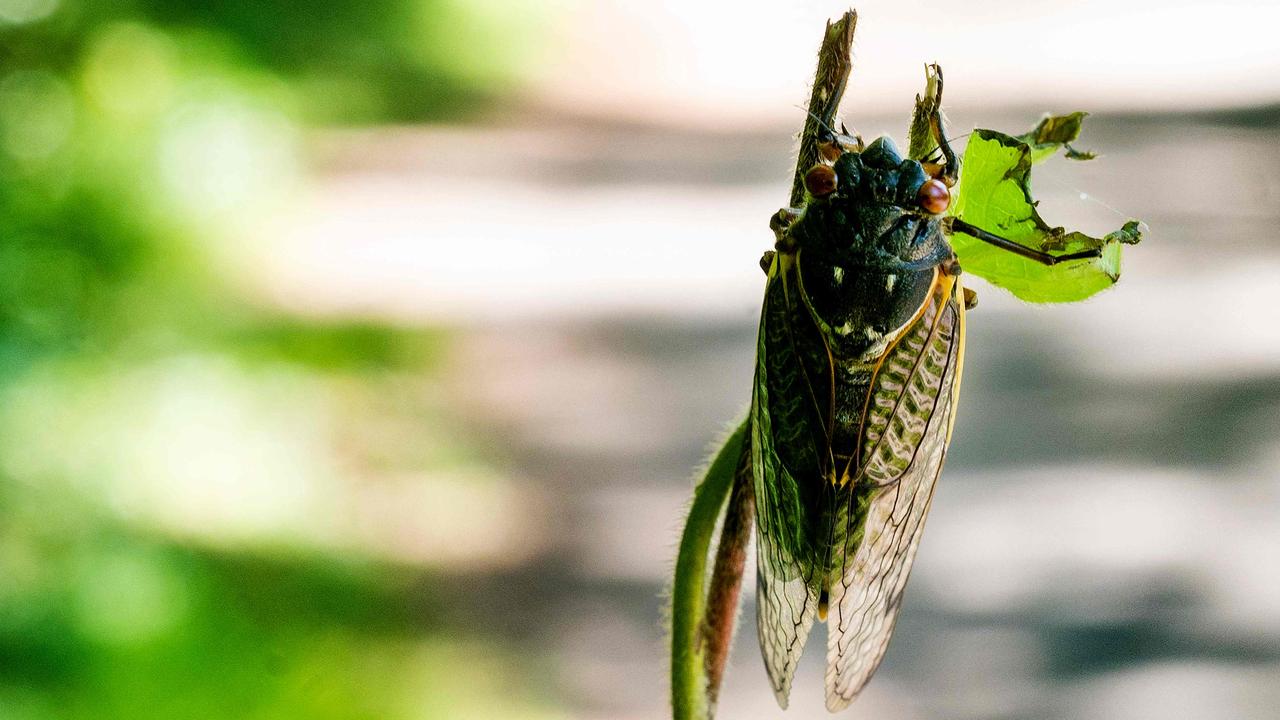 A periodical cicada nymph clings to a tree branch on May 11, 2021 in Greenbelt, Maryland, US. Picture: AFP

Trillions* of cicadas are just starting to emerge from the soil across northeastern America in a hatch so big, noisy and incredible the whole world has been eagerly waiting for it to happen.

The cicadas, collectively, even have several nicknames, including Brood X and the Great Eastern Brood.

This hatch is one of nature’s spectacles*. But unlike plague locusts, cicadas don’t destroy everything in their path.

Kids News did some research on cicadas and whether we have anything like Brood X in Australia.

WHAT IS BROOD X?
The trillions of cicadas that make up Brood X burrowed into the ground back in 2004, 17 years ago!

The brood covers land across the northeast and midwest of the US, including the states of New York, Maryland and West Virginia.

Scientists predict the cicadas of Brood X will hatch in the second half of May and early June, with the trigger being the soil temperature reaching 18C. The first are just beginning to emerge now. A periodical cicada nymph molts from its shell on May 11, 2021 in Greenbelt, Maryland, US. Picture: AFP

After they hatch, they only live for about four weeks, during which time they climb up into a nearby tree, mate and then females lay eggs in little cuts in new branches.

For that four weeks, though, the noise will be deafening. In some areas it’s expected there will be perhaps 600,000 cicadas hatching on each hectare of land.

It’s an advantage to hatch all at once so predators eat their fill and then, when they can’t eat any more, there are still plenty of the species surviving.

ARE THEY DANGEROUS?
No! You may think these creatures are creepy or even scary but they’re harmless.

They don’t bite humans and they don’t have any sort of venom or poison in them.

Early European explorers and settlers who came across massive cicada hatches thought they were witnessing a disaster, like a locust or grasshopper plague. But, unlike locusts, cicadas don’t move across a landscape destroying everything in their path. The creepy looking but harmless empty shell of a cicada nymph after the adult insect molted on May 11, 2021 in Greenbelt, Maryland, US. Picture: AFP

Perhaps the question we should ask is: Should they be scared of us? Cicadas, like many insects, are a good source of protein. (There will be a lot of fat snakes, mice, rats and birds around after the hatch.) People who are adventurous eaters are getting ready for a cicada feast!

ARE THERE AUSTRALIAN CICADAS?
Yes. Australia is often described by entomologists (insect scientists) as the cicada capital of the world.

According to the Australian Museum, there are more than 200 species of Australian cicadas. Some experts say there could be up to 700 species, many of which haven’t yet been described by scientists. 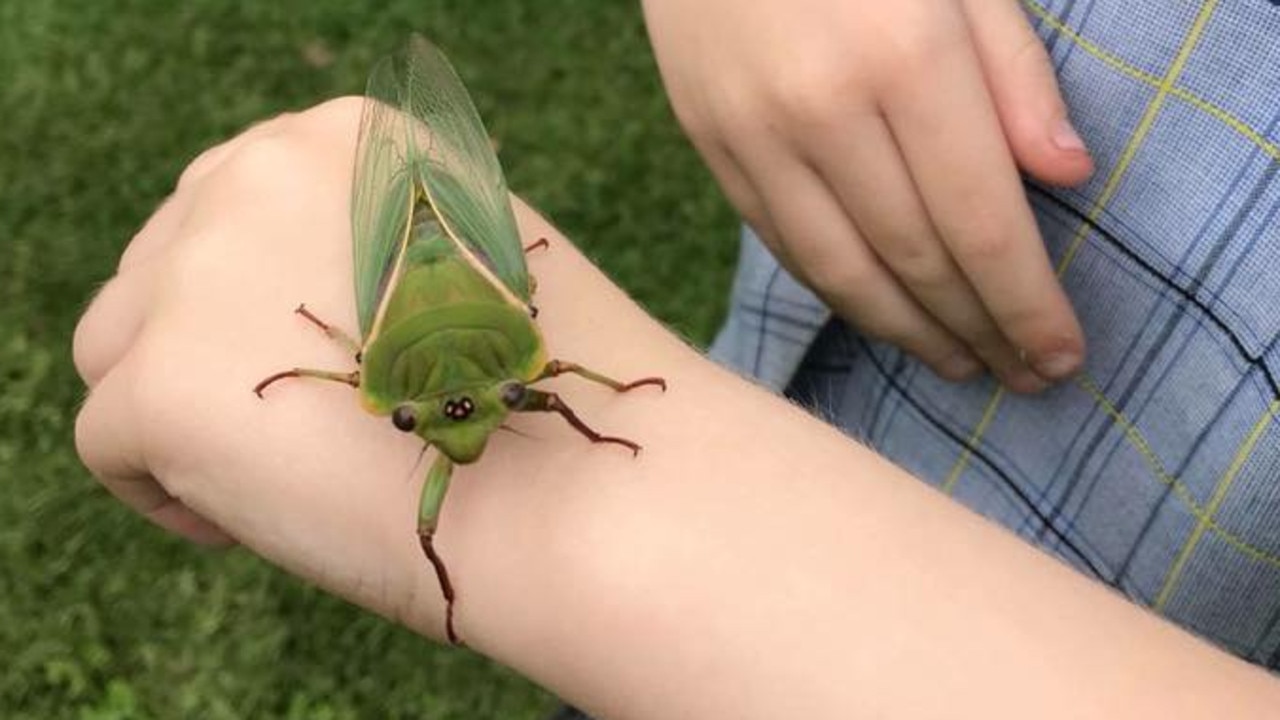 Some of the biggest and most common of our species live for 6-7 years underground.

Last summer — 2020-2021 — was a big year for cicadas, with more emerging across NSW, South Australia and Victoria than for many years, most likely because it rained enough after a long drought.

In Australia, we get used to hearing cicadas all summer long, because our many different species hatch at different times, providing a long-running soundtrack to summer.

WHY ARE THEY SO NOISY?
Cicadas all over the world make a lot of noise. A group of cicadas can make a sound about 90 decibels*, similar to the volume of a motorbike or lawnmower. Some species make noises at 120 decibels, which is close to the volume that hurts the human ear.

Actually, only the males make the noise and they do this to attract a female mate. Each species sings a slightly different song, so they can find a mate of their own species.

The noise comes from organs called tymbals on the male cicada’s abdomen, which tense and relax to make the noise. One of the early hatchers from Brood X, spotted on May 11, 2021 in Greenbelt, Maryland, US. Picture: AFP

Creepy crawlies on the menu

Design a poster and a program of activities at your school to help everyone celebrate and learn about this incredible insect!

2. Extension
Can you create a yummy menu using cicadas? Use your imagination and think of a main course and a dessert for a cicada feast!