Solving the mystery of the Bermuda Triangle 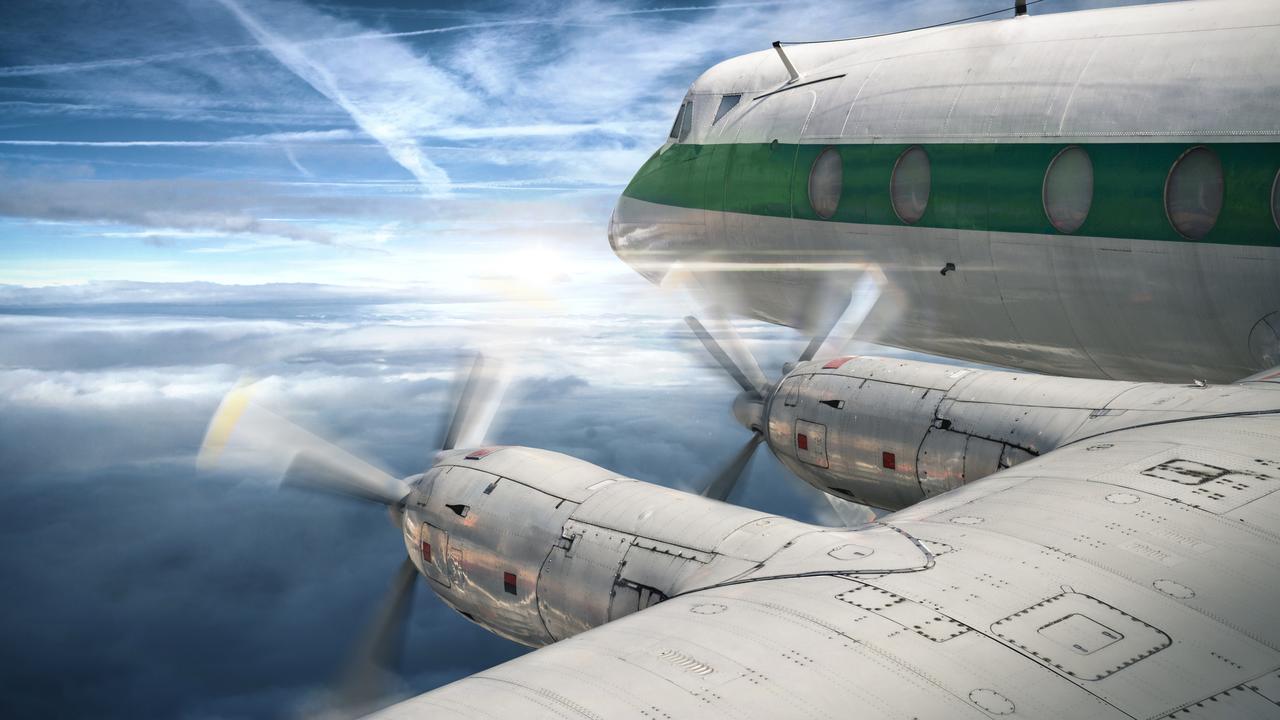 It is true that ships and planes have disappeared without a trace in the Bermuda Triangle but it’s not certain that there is anything strange going on.

In the late 1400s, explorer Christopher Columbus sailed through the Atlantic Ocean in search of the Americas. He recorded that he saw a great flame of fire crash into the ocean, a strange light appearing in the distance a few weeks later and some odd compass readings.

There were other strange happenings reported — including planes and ships disappearing — in the same triangle-shaped area of the Atlantic Ocean for the next 500 years. By the 1960s, people were so interested in this part of the world and what had happened there it had a name: the Bermuda Triangle.

Kids News looks at the phenomenon* called the Bermuda Triangle and whether there really is so much strange stuff going on at all. 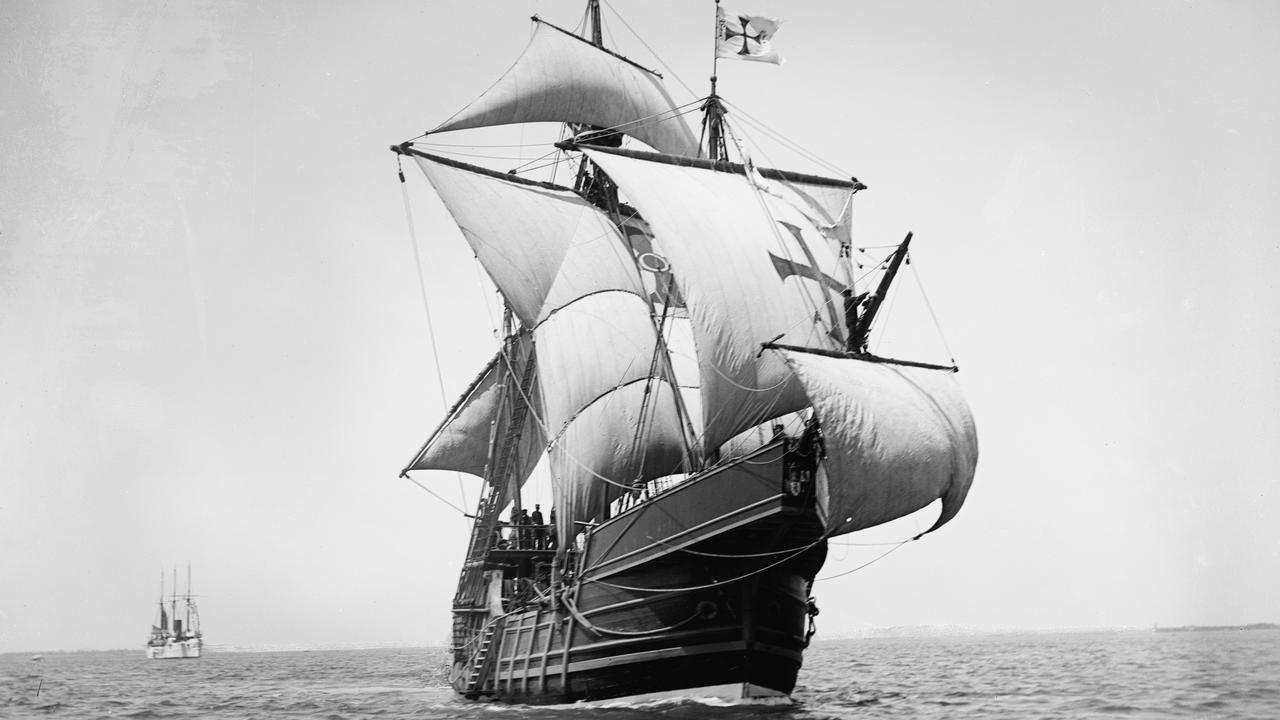 An 1893 photograph by Edward Hart of a replica of Christopher Columbus’s flagship the Santa Maria. Picture: US Library of Congress

WHAT AND WHERE IS IT?
There’s no official location or firm boundaries to the Bermuda Triangle, but the name refers to a roughly triangle-shaped area of the Atlantic Ocean between the island of Bermuda, UK, the coast of Florida, US and Central American countries including Cuba, Haiti and the Dominican Republic.
The Bermuda Triangle covers an area of about 1.3 million square kilometres, a bit smaller than the Northern Territory (1.42 million square kilometres).

WHAT HAPPENED THERE?
There are stories that fascinate people about strange goings-on and ship and plane disappearances in the Bermuda Triangle over the centuries, including ships being found with no crew on board.

In 1918 a US navy cargo ship called the USS Cyclops disappeared somewhere between Barbados and Chesapeake Bay, US, with 300 men on board. The ship should have been able to send an SOS distress signal but didn’t do so. No wreckage was ever found. In 1941 two of the Cyclops’ sister ships also vanished in the same area. USS Cyclops, the first reported ship carrying a radio to be lost in the Bermuda Triangle.

One of the highest-profile events was in 1945, when five US navy planes and the 14 crew disappeared.

During what was a regular navy training exercise, the flight leader Lieutenant Charles Taylor called over his plane’s radio that he didn’t know where they were.

The disappearance of the planes was investigated but no wreckage was found, which is probably not surprising because they were flying over the ocean. Though no one knows exactly what happened, we do know that the pilots were in training, that it was dark and that the flight leader had been lost on flights before.

IS THE BERMUDA TRIANGLE REALLY SO STRANGE?
In 2019, there were 61,100 merchant* ships travelling around the world’s oceans and waterways, plus military ships and private yachts people sail around for pleasure.

In 2020, there were 24,000 commercially registered aeroplanes in the world, plus military aircraft and private planes.

Apart from during this year’s coronavirus-related disruption to world travel, there are usually tens of thousands of ships, boats and planes travelling around the world every day without anything bad happening.

And though modern aeroplanes and ships are very safe, very occasionally one does get into trouble and crashes or sinks. If a plane crashes on land, we can see that it has happened and there is no mystery as to where it went.

Rarely, something goes wrong with a plane or ship and no one can work out why. A recent example is the Malaysia Airlines flight MH370 flight, which disappeared in 2014 in the Indian Ocean, nowhere near the Bermuda Triangle. Only small pieces of the plane have been found and we still don’t know what happened.

On Christopher Columbus’s observations in the late 1400s, we’d probably now put a strange flash of light in the night sky down to a meteorite, an asteroid or a comet.

One explanation for Columbus’ odd compass readings could have happened when he crossed over an imaginary line on maps called the agonic line on which a compass needle points true north. A meteor over the Adelaide CBD in May 2019. Picture: Nine News

NOTICING THE BERMUDA TRIANGLE
Human brains aren’t foolproof. If you’ve ever been tricked by a visual illusion, you’ll agree.

Scientists have studied another kind of illusion, which they call a frequency illusion and has the name the Baader-Meinhof phenomenon, or the Baader-Meinhof effect. This is when your awareness of something increases, so you believe it’s actually happening more than it is. So if your family buys a particular type of white Kia car, for instance, it suddenly seems like there are white Kia cars everywhere, because you’re noticing them.

BEYOND SCIENCE
Some people aren’t satisfied with not knowing all the answers or they don’t accept the scientific explanation. They find it comforting to look for answers beyond logical or scientific explanation. Other ways people try to explain happenings are by putting them down to supernatural or paranormal happenings. These two words are labels for something we can’t explain with science or the known ways nature works. Magic and ghosts are two examples of supernatural or paranormal things.

CLASSROOM ACTIVITIES
1. For or Against?
Do you think the Bermuda Triangle is real? Give reasons for your answer.

2. Extension
Optical illusion. Make an artwork or write a story, poem or song based on this idea.

HAVE YOUR SAY: What do you believe about the Bermuda Triangle?
No one-word answers. Use full sentences to explain your thinking. No comments will be published until approved by editors.