Kids News explainer: What is at the centre of the Earth? 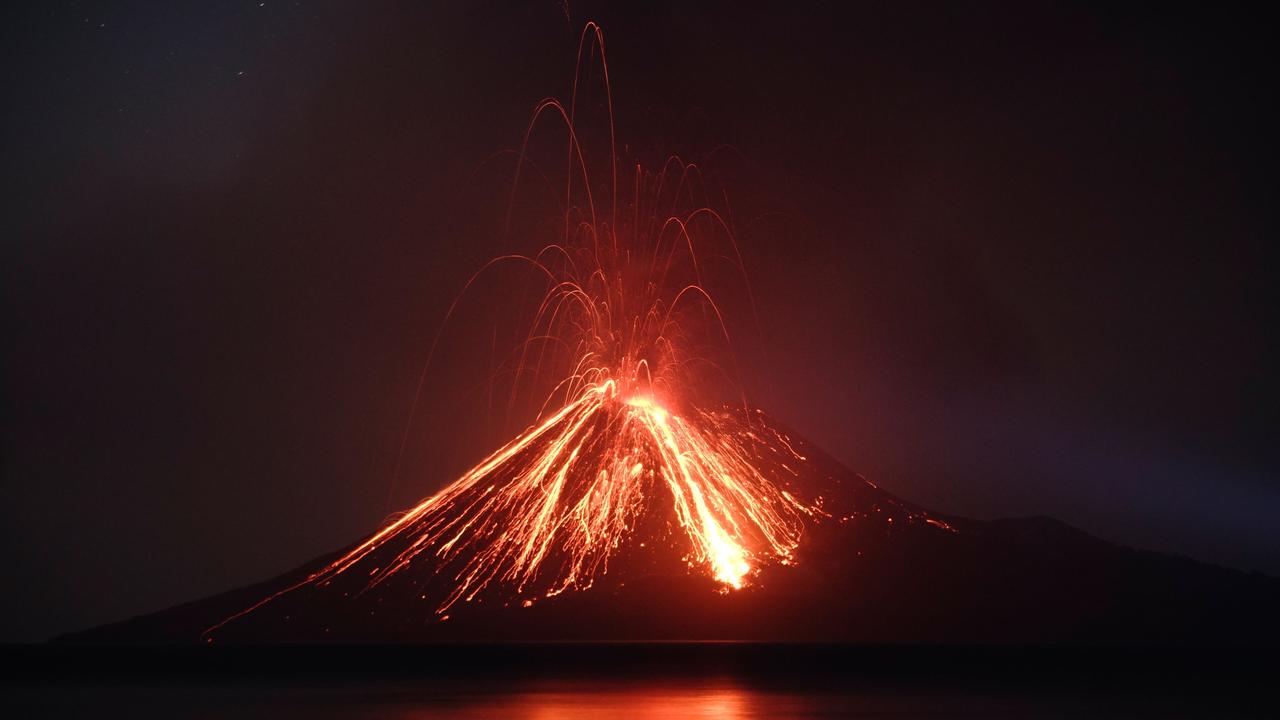 Lava streams down from Anak Krakatoa (Child of Krakatoa) volcano in Indonesia during an eruption on July 19, 2018. Picture: AFP

A volcano erupts, on average, once a week somewhere on Earth, spewing* lava*. On any given day, one of the world’s 1000 or so geysers may shoot boiling water high into the sky. And the plates of the Earth’s surface shift and slip constantly, causing several hundred little earthquakes every day and a major earthquake around once a month.

All these amazing geological* events are just hints at what is going on under the surface of the Earth.

Really young kids sometimes think that if they dig a hole deep enough they’ll dig their way or fall to the other side of the world. We know that’s not going to happen.

If you’ve ever dug a hole, you’ll know that all you find is dirt, perhaps some rock, maybe a few plant roots and hopefully some worms. What is further down? Is it dirt all the way to the centre of the Earth?

Earth scientists are curious, too. 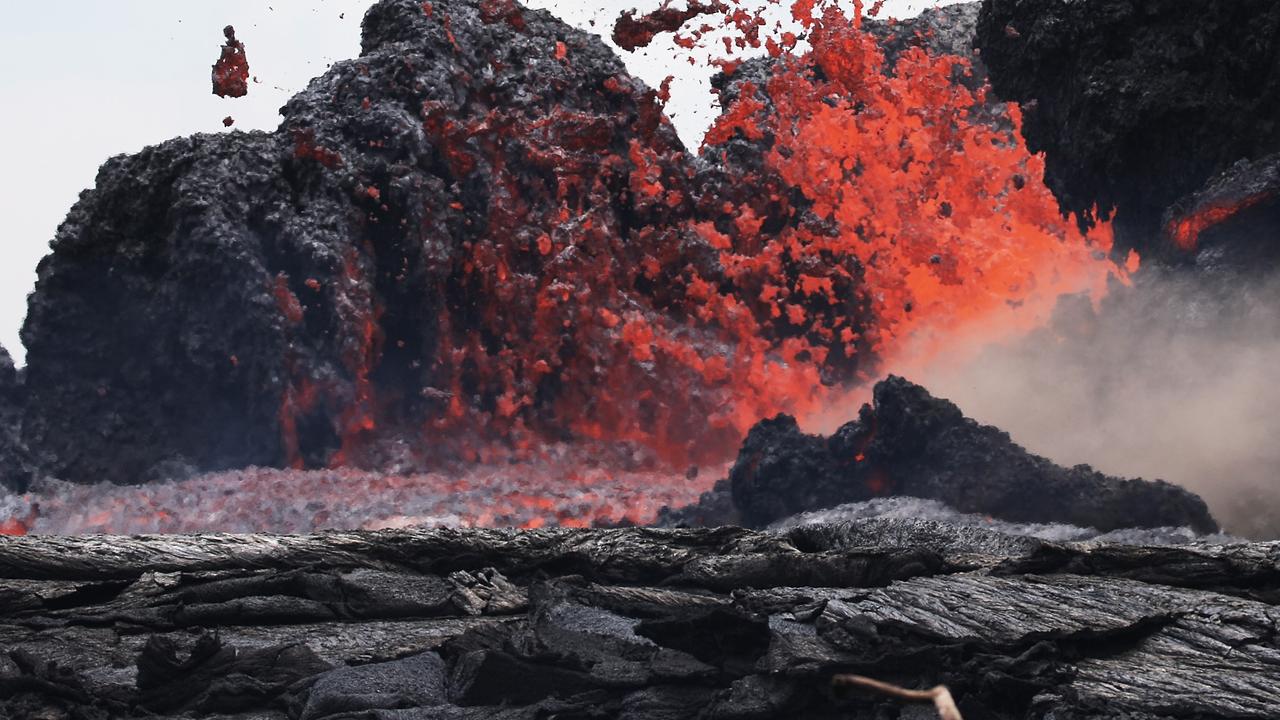 Here’s what they know about what is under the surface of the Earth, from just underground all the way to the centre.

THREE MAIN LAYERS
It helps to imagine the Earth as a ball you can hold in your hand. It is made up of three main layers EARTH’S INNER CORE
The middle of the sphere of Earth is a solid ball of hot metal, mostly iron. It is extremely hot (about 5200C), which is well above the boiling point of iron. It is hot because it has other elements dissolved in it and as they decay*, they release heat. The core stays solid because it is under extreme pressure from the other layers of Earth.

OUTER CORE
Around the inner core is a layer of churning* liquid made up mostly of iron and nickel, which is another metal. Like the inner core, it is also very hot — between 4500 and 5500C.

The inner and outer core together measures about 3485km from the edge to the centre of the ball-shaped core. The edge of the outer core is about 2900km below the surface of the Earth.

MANTLE
The layer that wraps around the outer core is called the mantle. It is about 2900km thick and makes up about 84 per cent of the volume of the entire sphere that is Earth. It is mostly solid and made up of different mixtures of oxygen and silicon. There is also a bit of iron, aluminium, calcium, sodium and potassium. Near the outer core, the mantle is about 3700C. It is cooler further out towards the Earth’s surface — down to about 1000C. 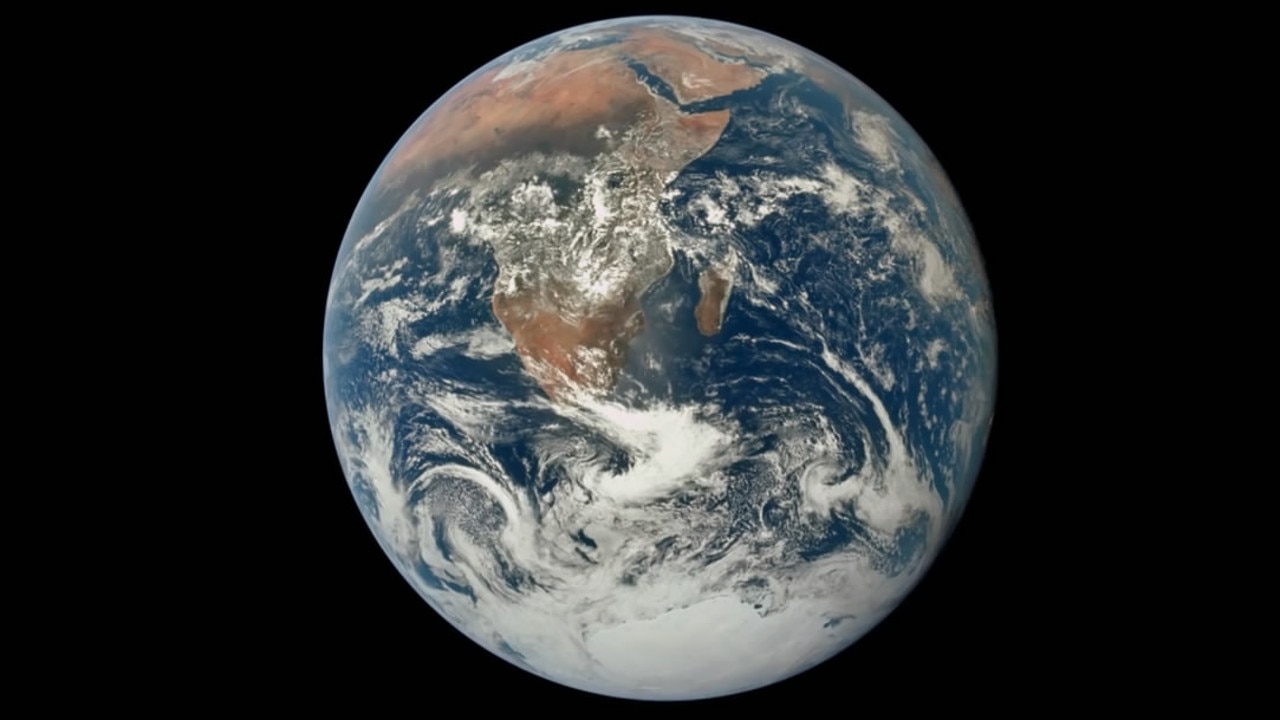 The Earth’s crust is like the skin of the planet and makes up only 1 per cent of the Earth’s mass.

CRUST
This is the skin of the Earth. It is about 40km deep, makes up just 1 per cent of the Earth’s mass and is made of rocks and minerals. All life is on the surface of the crust. It is coolest at the surface; increasingly hotter towards the mantle. The crust isn’t one piece: it is broken up into pieces, called tectonic plates. 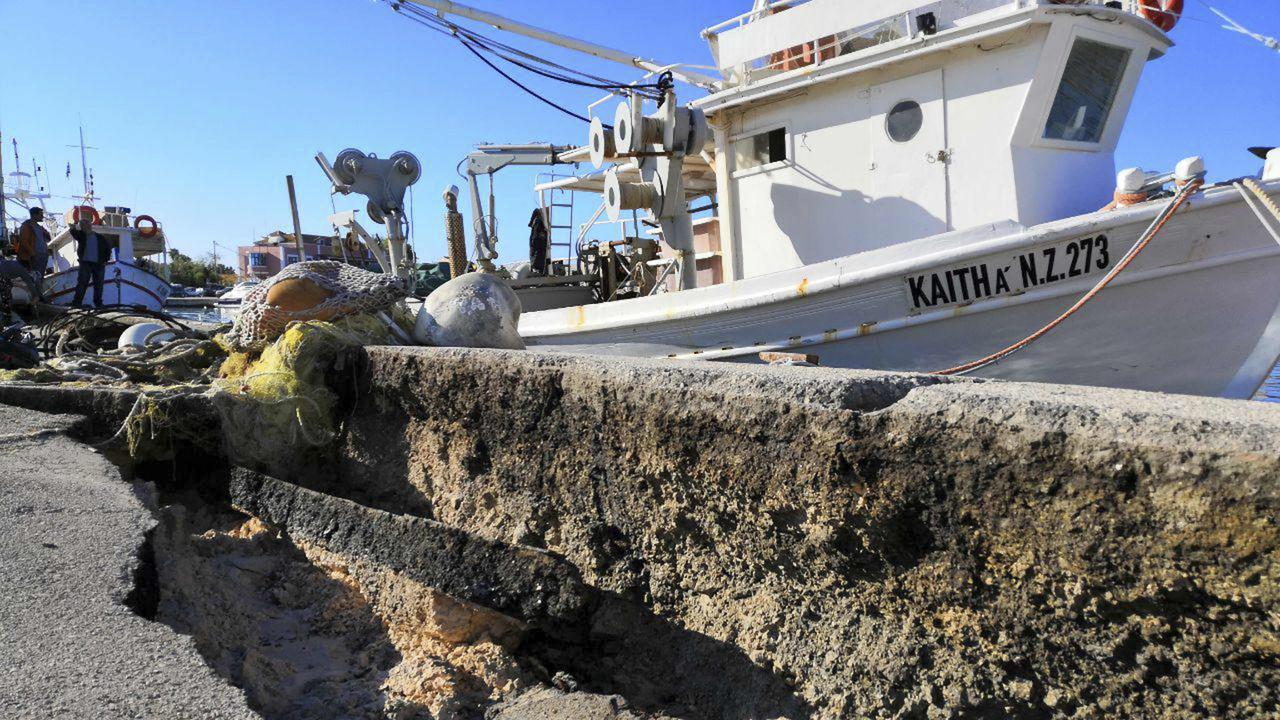 A crack in the ground at Zante, Greece, after a powerful 6.4-magnitude earthquake on October 26, 2018. Picture: AFP

EARTHQUAKES
An earthquake happens when the Earth suddenly releases energy. This shakes the crust and the outermost layer of the mantle. The tectonic plates, or pieces of the crust, move around.

VOLCANOES
A volcano is a break in the crust that allows hot lava, gasses and ash to escape from below the surface. Sometimes, but not all the time, volcanic eruptions and earthquakes happen together as a result of the same energy event.

GEYSERS
Hot water and steam shoots high in the sky at a few locations on the Earth’s surface. These rare events are called geysers and happen when water seeps down a tube-shaped hole deep into the crust. As the water seeps deep down, it heats up (because it’s hot down there), expands and shoots back up out through the surface again. What is hidden under Earth’s crust?

CLASSROOM ACTIVITIES
1. Create some artwork
Choose one of the layers of the Earth or things that are explained in the story. Create a dramatic and interesting artwork inspired by this.

2. Extension
Design a model that would clearly show how and why either geysers or earthquakes happen. If your model was made, it should help a younger student understand the reasons why.

HAVE YOUR SAY: What question would you like answered in a Kids New Explainer?
Use full sentences. No one-word answers.