Everything you need to know about the national Census Australians will tell the country’s story in all its richness on Census night, Tuesday 10 August. As the national five-yearly portrait of the nation, this Census promises to be especially fascinating as Australia lives through a once-in-a-century pandemic.

Spending half an hour filling out the form online or on paper is an incredible opportunity for families around the nation to “make sure your circumstances contribute to that story,” said Australian Bureau of Statistics (ABS) head Dr David Gruen.

“There’s no question this (Census) will throw up things which in different circumstances would not be thrown up,” Dr Gruen said.

“Some will be long-term trends and some won’t. It will generate interesting results when you compare places strongly locked down with a city that’s not.

“But it still collects a lot of things that are long-term, such as home ownership trends in the regions and long-term health questions.” 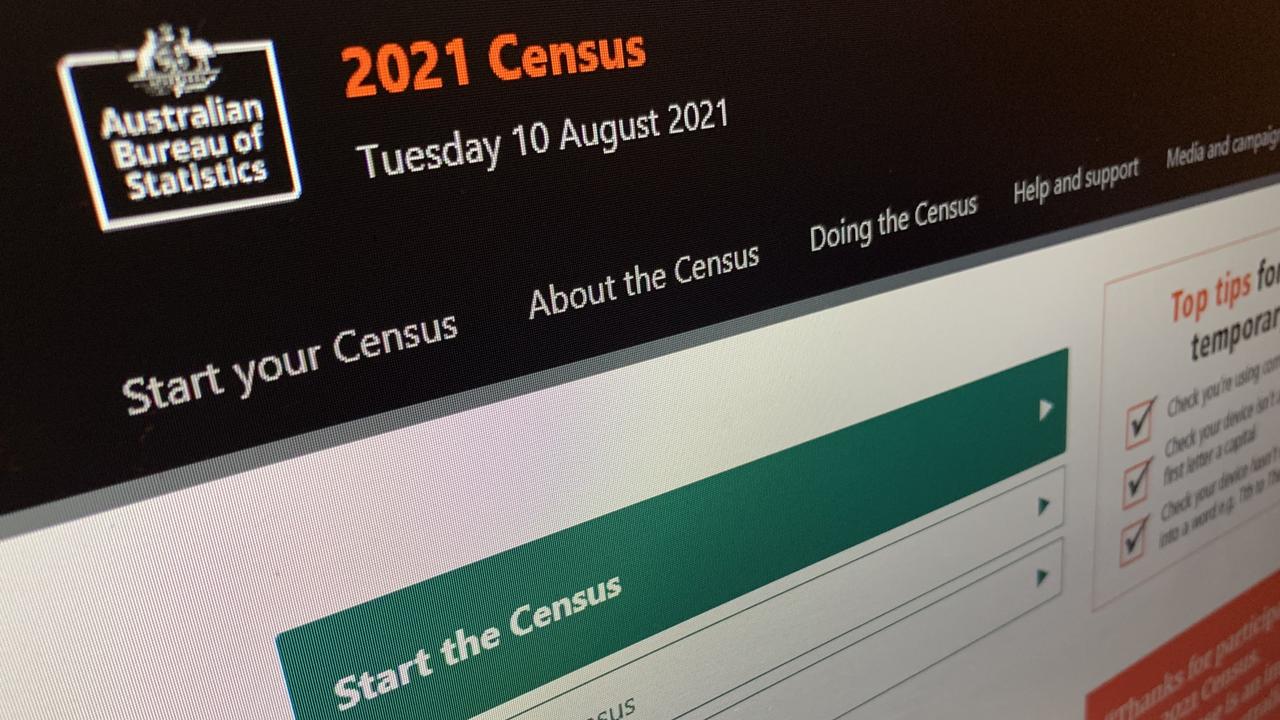 WHAT IS THE CENSUS?

Since 1911, the Census has provided a five-yearly snapshot of Australia’s population mix and how it has changed.

The information is used to make decisions around planning schools, social welfare*, healthcare, roads and other local services for individuals, families and communities.

“We are doing everything that we can to ensure a positive Census experience for the Australian community,” said Andrew Henderson, ABS Census executive director and national spokesman.

The Census provides the most complete look at the population, including over 25 million Australians and 10 million households, and is designed to reflect an average day in Australia. Census data helps tell the changing story of Australians over time. Pictured are Margaret Thompson with her husband Roger Weaver and son Zander Weaver, aged 11 months. The couple wrote and illustrated a book inspired by their multicultural family called My Santa, Your Santa.

That data helps to inform many decisions for the next five years, including governmental funding and national decisions such as setting electoral boundaries and distributing $550 billion in goods and services tax (GST) revenue between the states and territories.

At the community level, government and non-government agencies use Census data to develop plans on how to best provide transport, health and housing support for residents.

The Census is a massive logistical* exercise, involving 38,000 temporary staff and costing upwards of $600 million.

Completing the Census is compulsory for everyone in Australia, including visa holders, tourists and international visitors, and is one of the largest and most important statistical collections undertaken by the ABS.

But with as much as 60 per cent of the nation expected to be in lockdown on the night of August 10, there is nothing ordinary about “the average day” this time around.

Lockdowns and restrictions won’t affect questions on religion, population size, education and the like, but they will make a big difference in some key areas.

“The suite* of information that will likely see the greatest impact due to the pandemic will be employment: hours worked, income and journey to work,” said Australian National University demographer Dr Liz Allen. Flinders Street station in downtown Melbourne is a bustling commuter hub on “the average day” but the 2021 Census night on Tuesday 10 August coincides with Australian cities including Melbourne in lockdown, with workers avoiding public transport. Picture: Con Chronis/AFP.

For instance, the 2016 Census asked people the address of where they went to work that day and if they got there by walking, driving or public transport. Of those who used one method of transport to get to work, the car was king with 81 per cent of journeys. Buses, trams and trains were used by 11 per cent. Of those who used two modes, 27 per cent went by car and train.

But in Victoria, southeast Queensland, Greater Sydney and Newcastle, it’s likely the vast majority of people on Census day won’t have travelled anywhere to get to work except maybe from the kitchen to the spare room.

That won’t give useful data in planning what new roads or rail lines are needed in the future.

Hours worked by individuals also won’t be helpful if someone working in hospitality* has had their roster temporarily cut because of a one-week lockdown. And few, if any, tourists or foreign students will be filling out the Census, meaning that data will be absent too. But an ABS spokeswoman said Censuses have been done in unusual circumstances before, including during the Spanish flu, after the Great Depression* of the 1930s and at the end of World War II in 1945.

Dr Allen said that the strangeness of the times could even be a bonus.

“A strength of this Census is how we can evaluate* the impacts of Covid in Australia on employment, hours worked, income and even housing,” she said. “That data is crucial to then informing the future – where are the needs, where are the greater impacts?”

Adelaide company Clevertar has designed the first Census chatbot, “Claire”. Created for the ABS in order to help millions of Australians to fill in Census 2021 online, Claire is modelled on the “typical” 38 year old female Australian the ABS identified through the previous Census in 2016.

The chatbot can respond to a set of questions around the Census, helping users to find the information they need.

“She’s an expert in all things Census. She makes even the trickiest questions easy to answer,” Ms Newhouse said. “Trials of this technology in the health sector have shown that people feel more comfortable talking to a chatbot than they do their doctor, so we’re confident Australians will enjoy turning to Claire with their Census-related questions.” Aussies are living longer as boys close the gap on girls

CLASSROOM ACTIVITIES
1. Census Card
Your individual details are filled out on your family’s Census form which is wherever you are on the evening of Tuesday 10 August. Fill out your own personal Census card below which has similar questions to some of those on the official Census form. If you collated all the cards in your class, you could gather some interesting and useful information, like the Census aims to do.

2. Extension
How do you think the Government uses this data to plan for the future?

Do you think this is a useful exercise?

How can you trust that everyone will fill it out properly?