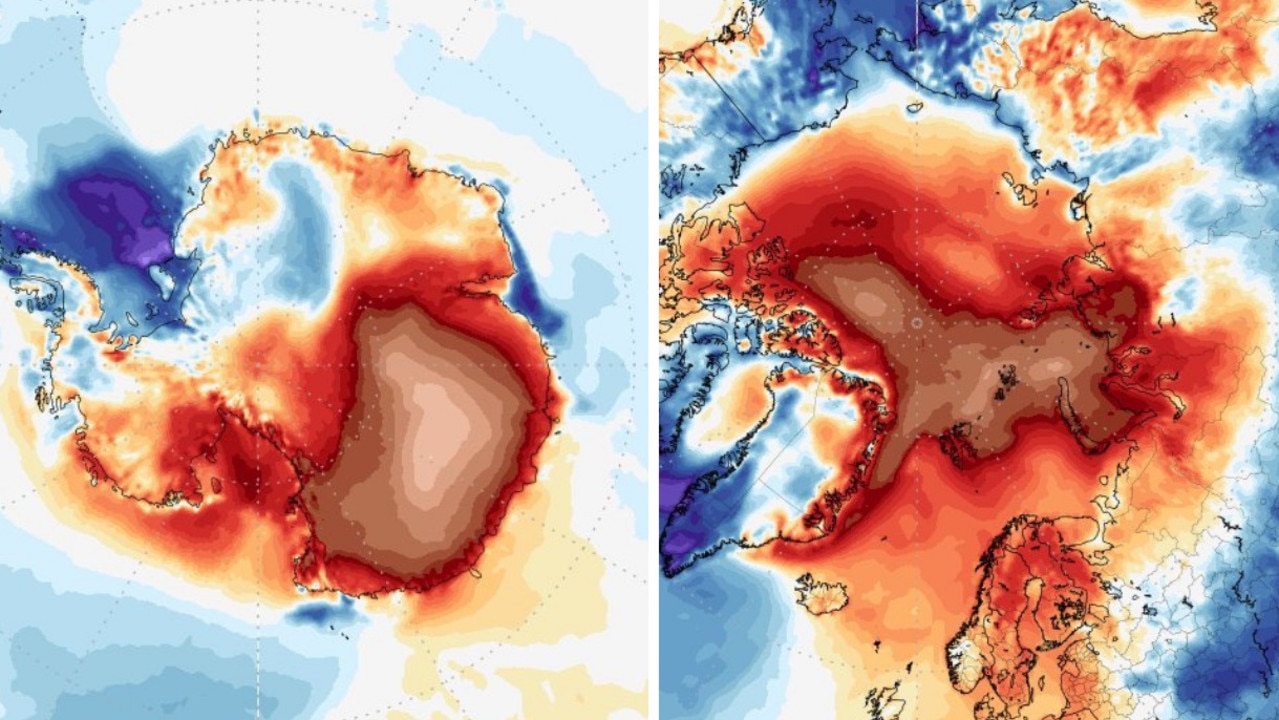 Temperatures in parts of Antarctica are more than 40C warmer than average, while in some Arctic regions, the mercury has shot up more than 30C higher than normal.

A heatwave is taking place simultaneously in the Arctic and Antarctic – a development described as “unthinkable” by scientists.

Records have been “rewritten” in parts of Antarctica, with the temperature more than 40C warmer than average. Meanwhile in parts of the Arctic, the mercury* shot up more than 30C higher than normal.

On March 19 the Concordia weather station in Antarctica was at -12.2C, about 40C above average, climatologist* Maximiliano Herrera reported.

The heatwave has stunned scientists. “They are opposite seasons,” US National Snow and Ice Data Centre scientist Dr Walt Meier said to NBC News. “You don’t see the North and the South (Poles) both melting at the same time. It is pretty stunning.”

Polar researcher Dr Jonathan Wille told the Washington Post, “This event is completely unprecedented* and up-ended our expectations about the Antarctic climate system.”

The freakish* heat is believed to be a random weather event.

It has not been linked to climate change, according to meteorologist* Dr Matthew Lazzara and Dr Meier. But if the event is repeated, it would be a major concern and could be an indicator of climate change, both experts told NBC News. 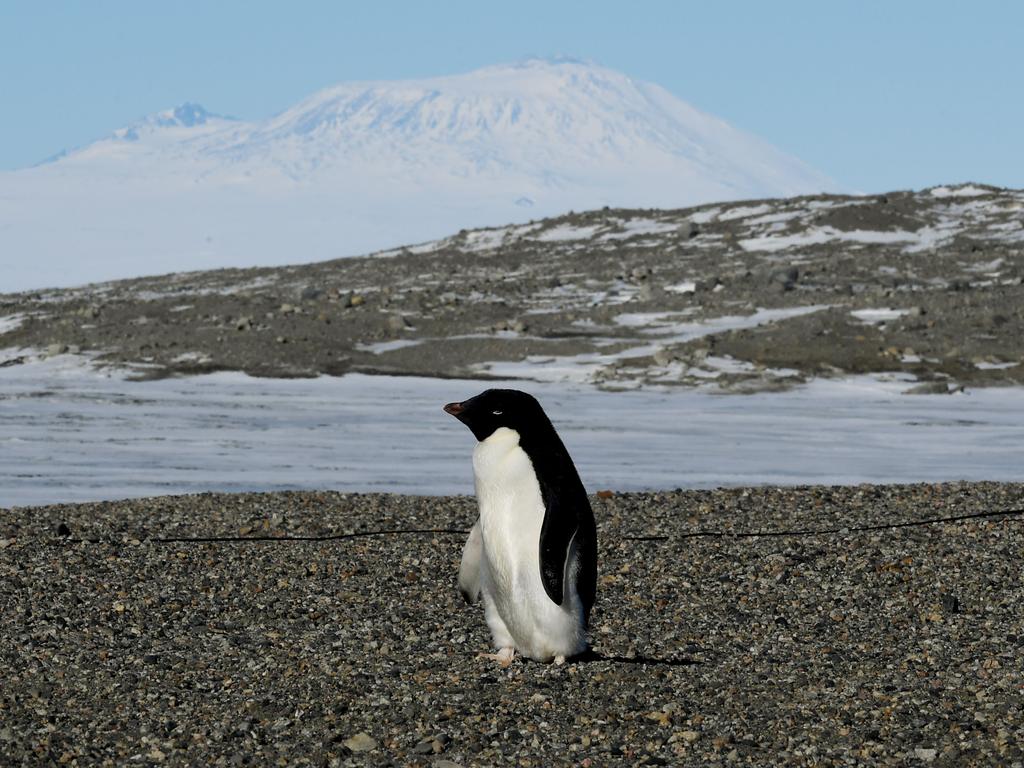 An Adelie penguin near the US-controlled McMurdo research station in Antarctica, pictured in 2016. The Intergovernmental Panel on Climate Change (IPCC) has said the polar regions are being increasingly impacted by climate change, with sea ice thinning dramatically. Picture: AFP Photo/POOL/Mark Ralston

The Arctic has warmed at about twice the rate as the entire globe over the past 30 years, which has been widely blamed on climate change.

The Intergovernmental Panel on Climate Change (IPCC) has said the polar regions are being increasingly impacted by climate change, with sea ice thinning dramatically.

It is projected that Earth’s surface temperature will rise 1.5C above pre-industrial* levels, perhaps within a decade.

A 1.5C cap on global warming – the ambitious goal of the 2015 Paris Climate Accord – has been embraced as a target by most of the world’s nations.

Current carbon-cutting commitments under the treaty, however, still has the world on a perilous* path towards 2.7C of warming by 2100.

The IPCC is set to report its next findings – mostly focused on mitigating* climate change – on April 4. 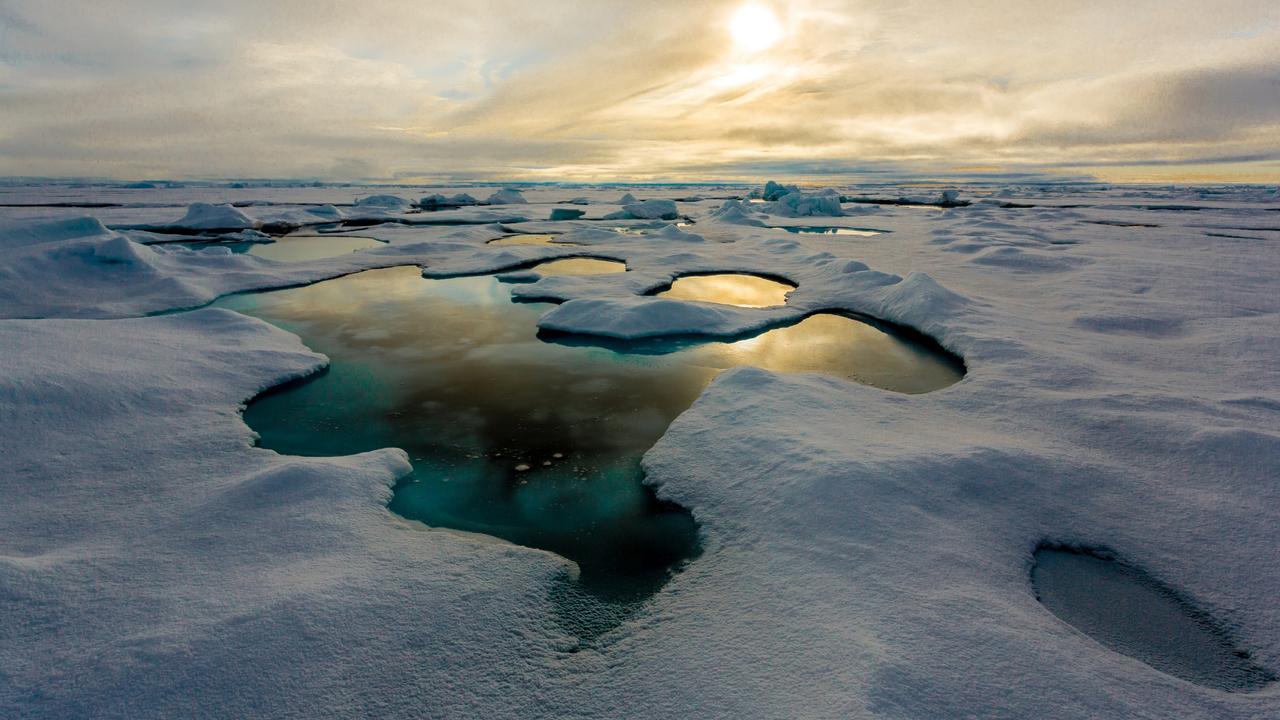 When nature plays a part

CLASSROOM ACTIVITIES
1. What could happen?
How do you think these surprising temperatures could affect the Arctic and Antarctic? Write a list of things that could happen as a result of this weather event.

2. Extension
Use the information in the story to write a sentence that explains the meaning of the term climate change.

Read out your headlines to a partner and discuss what the article will be about based on the headline you created. Discuss the tone and mood you set in just a few short words. Does it do the article justice? Will it capture the audience’s attention the way you hoped? Would you want to read more?