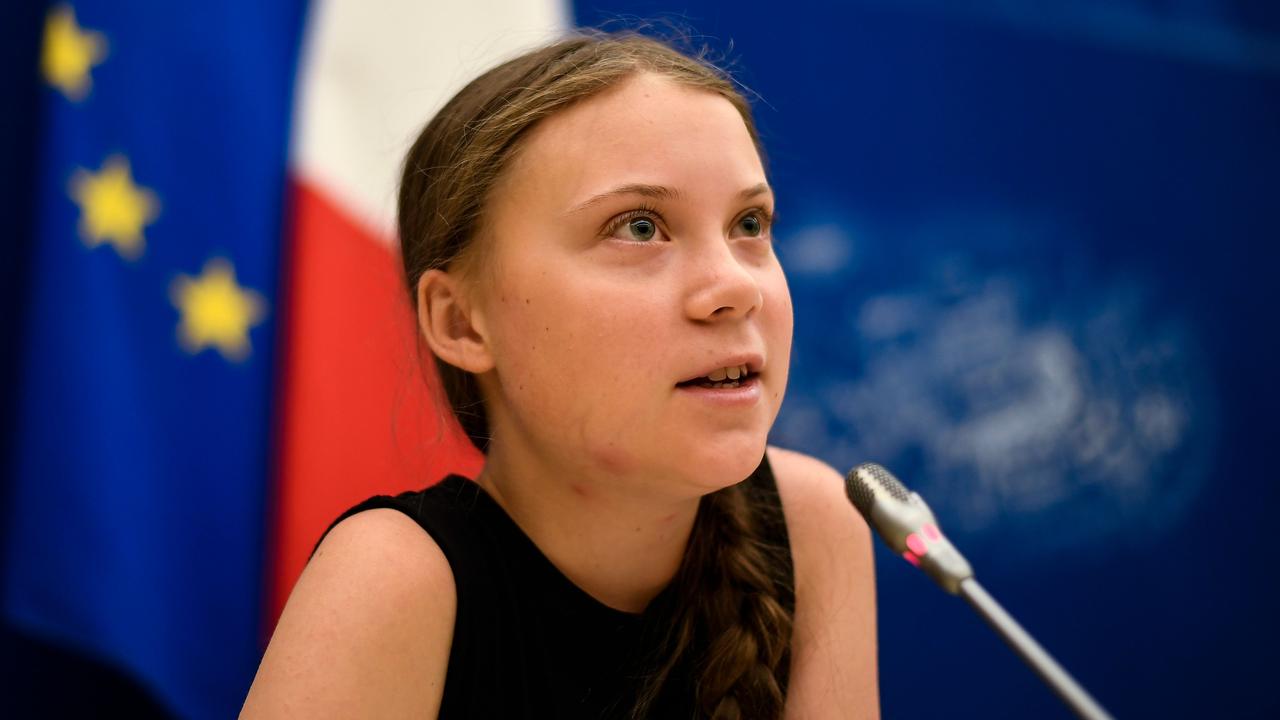 Greta Thunberg, the Swedish teenager who has inspired tens of thousands of students to protest for faster action against climate change, plans to take her message to America by boat.

The 16 year old will sail across the Atlantic Ocean aboard a hi-tech racing yacht, leaving the UK in August to attend United Nations climate summits* in New York, US in September and Santiago, Chile, in December.

Greta said before her announcement that she spent months trying to figure out how to travel to the US without using planes, which she avoids because of their high greenhouse gas emissions*.

Cruise ships are also big polluters, while sailors rarely brave the Atlantic in August because of hurricane risks.

“Taking a boat to North America is basically impossible,” she said in an interview during her weekly “Fridays for Future” protest outside the Swedish parliament in Stockholm. “I have had countless people helping me, trying to contact different boats.” The Malizia II, on which Greta Thunberg will cross the Atlantic Ocean to continue her climate activism in the US and other American countries. Picture: AFP

She plans to take a year off school to keep raising awareness of climate change and pressuring world leaders to step up efforts to curb* global warming.

Since starting her “school strikes” in August 2018, she has appeared before policymakers* at last year’s UN climate conference in Poland and harangued* business and political leaders at the World Economic Forum in Davos, Switzerland.

She also met with Pope Francis, the head of the Catholic Church, who praised her efforts and encouraged her to continue campaigning.

Although little known in the US, Greta has become one of the leaders for a new generation of European eco-activists* worried they’ll suffer the consequences of their parents’ and grandparents’ unwillingness to take strong actions to combat* climate change. “This past year, my life has turned upside down,” Greta said. “Every day is an adventure, basically. Sometimes I have to pinch myself and say ‘Is this really real? Has this actually been happening?’ Because it has all happened so fast and it’s hard to keep up with everything.

“In a way, I am more optimistic*, because people are slowly waking up and people are becoming more aware of the situation. This whole ‘Fridays for Future’ movement is very hopeful,” she said.

“But also … one year has passed and still almost nothing has happened.” 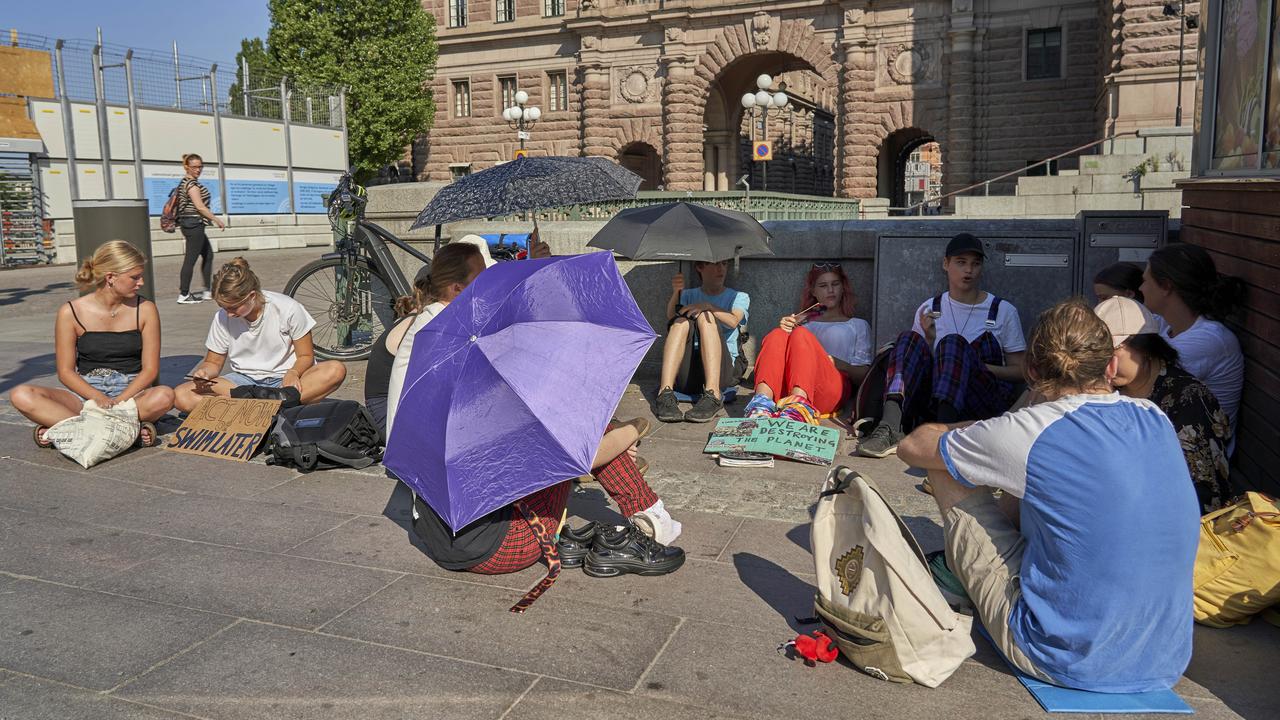 Teenage climate campaigners sit outside Swedish parliament in Stockholm on Friday, July 26, 2019. Greta Thunberg has inspired tens of thousands of students in Europe to protest for faster action against climate change. Picture: AP

She has led a change in the climate debate in Europe largely because her activism* inspired so many children, said Greenpeace* Germany’s Martin Kaiser.

“She has read all the science,” he said. “That gives her a lot of credibility*. She has motivated a whole generation in Europe to learn about climate change.”

She has also become a target for those who reject the science that climate change is being driven by man-made emissions of greenhouse gases such as carbon dioxide, released by the burning of fossil fuels.

“I don’t care about hate and threats from climate crisis deniers*,” she said. “I just ignore them.”

Greta said she’s unsure how her message will be received in the US, where there’s broad opposition to the kind of radical measures scientists say are required to limit global warming to 1.5C by the end of the century compared with pre-industrial times.

“I will just try to go on as I have before,” the young Swede said. “Just always refer to the science and we’ll just see what happens.”

She wouldn’t rule out meeting with US President Donald Trump, who wants the US to withdraw from the 2015 Paris climate accord, but appeared doubtful such a meeting would happen because she thinks it would be “just a waste of time.”

“As it looks now, I don’t think so, because I have nothing to say to him,” she said. “He obviously doesn’t listen to the science and the scientists. So why should I, a child with no proper education, be able to convince him?” Aside from attending a summit hosted by UN Secretary-General Antonio Guterres on the sidelines of the global body’s annual assembly on September 23, Greta plans to take part in several climate protests in New York.

After New York, she intends to travel to the annual UN climate conference in December, held in Chile this year, with stops in Canada, Mexico and other countries along the way, travelling by train and bus.

She’ll be crossing the Atlantic on an 18m yacht fitted with solar panels and underwater turbines to generate zero-carbon* electricity on board.

She will be accompanied on the two-week journey by a filmmaker, her father Svante and Pierre Casiraghi, who is both a member of the royal family of Monaco and a sailor who races the yacht they will be sailing on.

“I haven’t experienced anything like this before,” she said, a giggle breaking her normally serious demeanour*. “I think this will be a trip to remember.”

Greta will be setting very high standards to follow for the activists and leaders from outside the Americas who are attending the UN climate conferences, almost all of whom will likely be coming by plane.

“I’m not saying that people should stop flying,” she said. “I’m just saying it needs to be easier to be climate neutral.”

CLASSROOM ACTIVITIES
1. Carbon footprint
Your carbon footprint is defined as “the amount of carbon dioxide released into the atmosphere as a result of the activities of a particular individual, organisation, or community”. By organising to travel to the US in a high-tech racing boat, Greta is determined to reduce her carbon footprint and let her actions speak as loud as the words she uses in her climate change protests.

Think of a typical day in your life, and what and how the activities you do throughout the day add to your own carbon footprint.

Write a list of things you typically do in a day, and beside each write how you could modify or change how you do these to reduce your carbon footprint. Could this be possible for you to do?

Will you think differently about how the things you do affects the environment after reading about Greta?

2. Extension
Write a letter to President Trump pretending you are Greta, requesting a meeting with him while she is in the US. Outline the key points you’d like to speak to him about and why she feels it’s important for him to meet with her.

HAVE YOUR SAY: If you could, would you attend a protest for faster action on climate change? Why or why not?
No one-word answers. Use full sentences to explain your thinking. No comments will be published until approved by editors.