Langidoon and Metford stations in western NSW contain some ecosystem types that aren’t protected by any existing national parks.

Australia is set to get a huge new national park after the New South Wales government’s purchase of two sheep stations totalling 60,000ha in western NSW.

Adjoining Langidoon and Metford stations, 65km east of Broken Hill, are home to at least 14 threatened animal species plus threatened plant communities and landscape types not yet protected within national parks.

It is the second largest land acquisition* for national parks in the state in the past 10 years.

NSW environment minister Matt Kean announced the purchase, the price of which has not been made public.

“This new park will be an important refuge for wildlife including at least 14 threatened animal species including habitat for the Australian bustard, white-fronted chat and the pink cockatoo.” 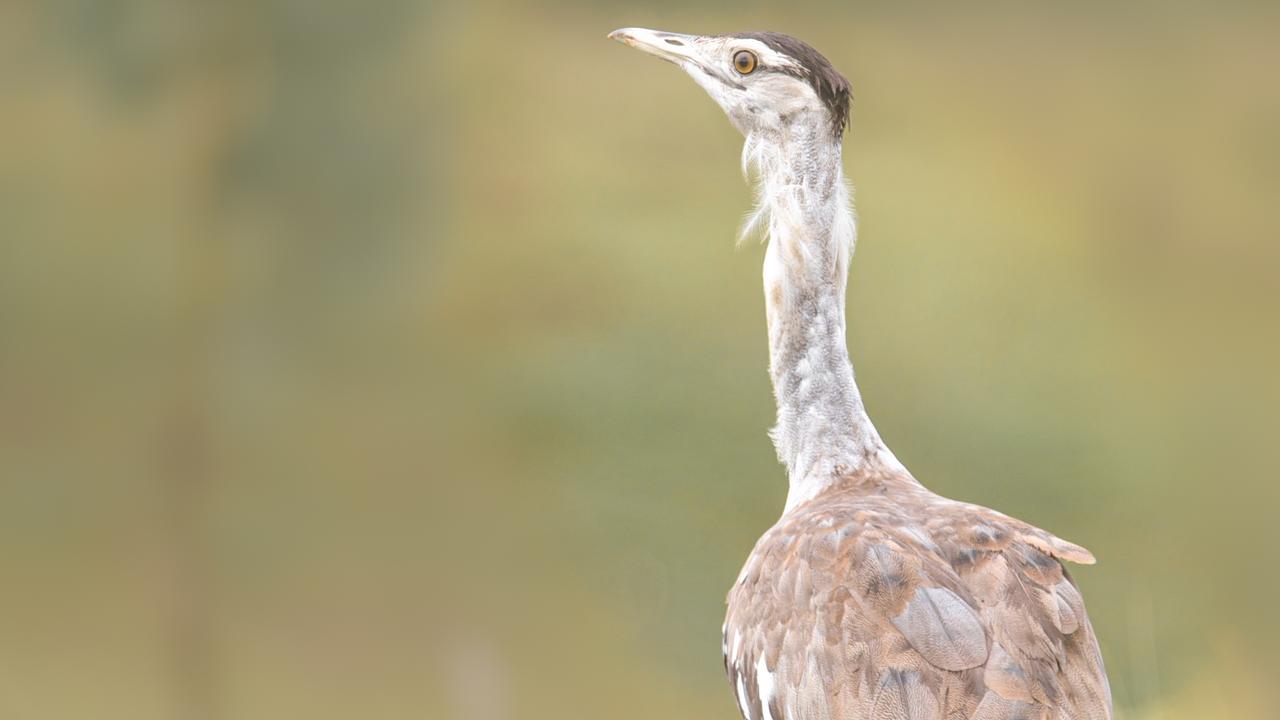 An Australian bustard, one of the threatened species that will gain some protection from the creation of the new national park. This one was in a nature reserve at Mt Pleasant cattle station between Collinsville and Bowen, Qld. Picture: Garlone Moulin

In the future, visitors to the former Metford and Langidoon land will be able to explore sandplains and stony desert, gibber chenopod shrublands, floodplain woodland along watercourses and a lake system that provides habitat for a range of migratory* bird species.

The properties contain important Aboriginal heritage including artefacts* such as grinding plates and stones.

The government will now go through the legal process of creating a new national park, which will likely take several months. Once the land is formally reserved, the NSW national parks system will have increased by more than 350,000ha since August 2019, on the way to meet the state’s target of an additional 400,000ha by the end of 2022.

Last year, the NSW government bought Narriearra Station, a 1534-square kilometre property across the Channel Country in the northwest corner of NSW, now Narriearra Caryapundy Swamp National Park. This is the largest purchase of private land for national parks. The land includes the Barrier Ranges subregion, which has steep, low rocky ranges with stream channels and floodplains, low angle alluvial* fans and floodouts, extending to extensive sandplains and dunefields with lakes and claypans*. There is nothing like this in any other existing national park.

More than 30 per cent of the land is Acacia loderi shrublands, an endangered type of ecosystem*. More than 30 per cent of the land is Acacia loderi shrubland. Acacia loderi is a small wattle tree with yellow flowers that grows in this part of NSW with bluebush and saltbush and Casuarina cristata, a she-oak tree commonly called belah.

Wetlands, including the 160ha Eckerboon Lake, provide habitat for migratory bird species during times of flood. Although it is often dry there, many species of migratory birds flock to Langidoon and Metford in western NSW for the wetlands and lakes that form in claypans after rain.

CLASSROOM ACTIVITIES
1. New National Park
Work with a partner and using details from the Kids News article, come up with a suitable name for this new national park. Your name should have meaning behind it that has something to do with the land and species it contains.

Once you’ve named this new national park, design a one-page tourist brochure outlining all the attractions you’ll be able to see when visiting. Your purpose is to entice visitors to come to the park. You can use the information from the article but also include some things you think should be included in the national park to make it a new tourist attraction.

Present your tourist brochure on an A4 piece of paper and share with your class.

2. Extension
How much money do you estimate was spent buying the land for this new national park?

These land purchases have been made by the NSW state government. Think about the state you live in: what new land or parks would you like to see the government purchase to save wildlife or give threatened species greater habitat?

How could you propose this to your state’s government?

VCOP ACTIVITY
A Place to Call Home
Make a real estate listing aimed at the threatened species in the area, letting them know that their new home is waiting for them. Choose one or two of the species to target, to make it easier. Think about what features of the land they would benefit from and make sure you highlight them. Use adjectives to describe the features and use persuasive language to encourage them to choose the new national park as their home.

Read your letter out loud to make sure it makes sense and to ensure it sounds inviting to the species you chose.