New software to tackle dangerous starfish and help save the Reef Tech giant Google has teamed up with CSIRO scientists to develop AI capable of detecting deadly crown-of-thorns starfish that preys on coral on the Great Barrier Reef. Picture: supplied

Artificial intelligence* could help stop one of the biggest threats to the Great Barrier Reef, potentially saving huge areas of coral from destructive crown-of-thorns starfish.

Tech giant Google has teamed with scientists from the CSIRO to create AI software that could identify the dangerous pest, which is one of the natural wonder’s three biggest threats.

The new approach, using footage from an underwater camera to identify starfish outbreaks on the Queensland reef, replaces an old, laborious* method and early results show it could correctly identify more of the dangerous pests that prey on coral. Tech giant Google has teamed with scientists at the CSIRO to detect crown of thorns starfish on the Great Barrier Reef.

Google CEO Sundar Pichai said he was “excited” about the company’s commitment to the reef project and the potential for future scientific partnerships Down Under.

“We are investing in engineering talent in Australia and we are committed to doing that and will be doing more work around AI there,” he said.

“There are other ideas floating around so you will see us build on it. Our goal with our AI research teams is to strike partnerships with academic institutions, and non-profits, and governmental institutions to show the benefits of what’s possible.” 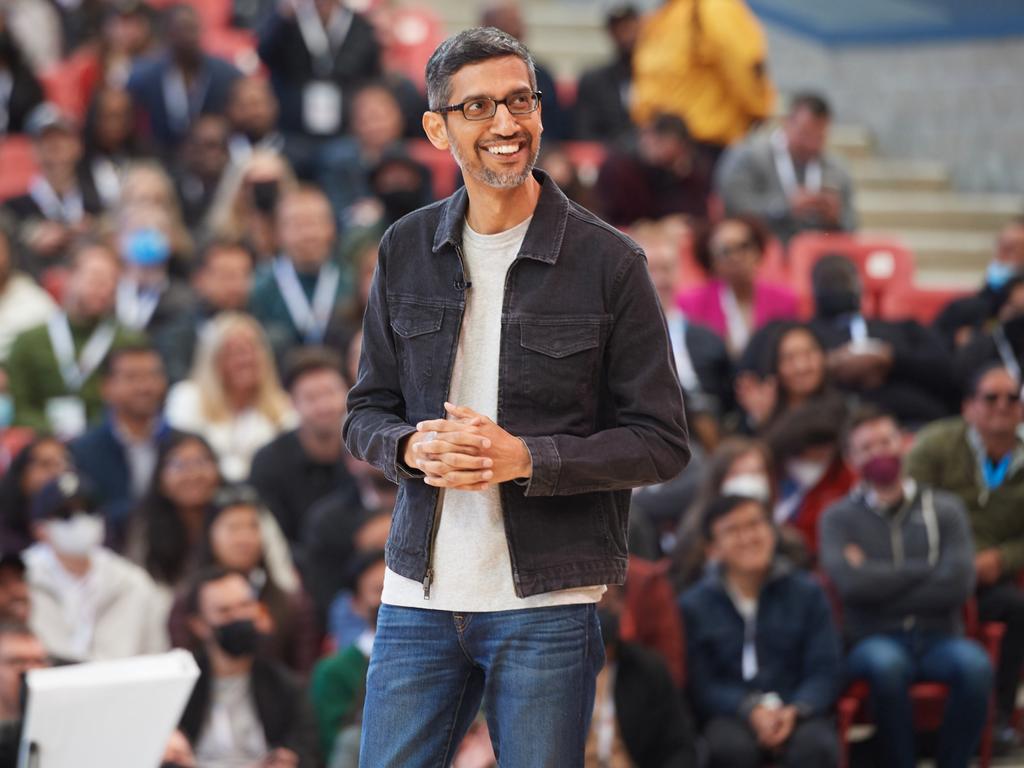 Google chief executive Sundar Pichai said he was “excited” about the company’s commitment to the reef project and the potential for future scientific partnerships Down Under. Picture: supplied

The old system, which was used until recently, involved towing a diver behind a boat, suspended by a floating board, and stopping every two minutes to record how many starfish and coral they have identified. “It’s low-tech and it relies on humans and assuming they can do all things perfectly at all times,” Professor Babcock said.

“You have to hold your breath, you have to concentrate on where you’re going and getting another breath as you’re supposed to be scanning the reef while going along at two knots and remembering how much coral is there.”

Professor Babcock said as well as reducing labour, the new software had the potential to correctly identify more of the reef pests, stopping damaging outbreaks before they occurred. Professor Babcock said the new software had the potential to stop damaging outbreaks of crown-of-thorns starfish before they occurred. Picture: supplied

“We sent out a diver and they saw one starfish, and when we looked at the images collected, the program found 20,” he said.

Google Australia managing director Mel Silva said the starfish program was part of the company’s $1 billion Digital Future initiative, announced in November 2021, and the company was also working with other Australian researchers at Murdoch University and QUT to track “endangered* dugongs, turtles, dolphins and sharks in aerial images with AI”. Google is also working with Australian researchers to track endangered dugongs, turtles, dolphins and sharks in aerial images with AI. Pictured is a critically endangered hawksbill turtle at Saxon Reef off the coast of Cairns in February. Picture: Shannon Myers/Down Under Cruise and Dive

Professor Babcock said the AI software, which would be released for use on other reefs worldwide, was not the sole solution to threats affecting the Great Barrier Reef but one that could have an immediate impact.

“Instead of people saying, ‘we won’t control starfish and it looks like the coral will come back anyway’, we need to do everything we can to save what we’ve got so it can maintain and propagate* itself,” he said. 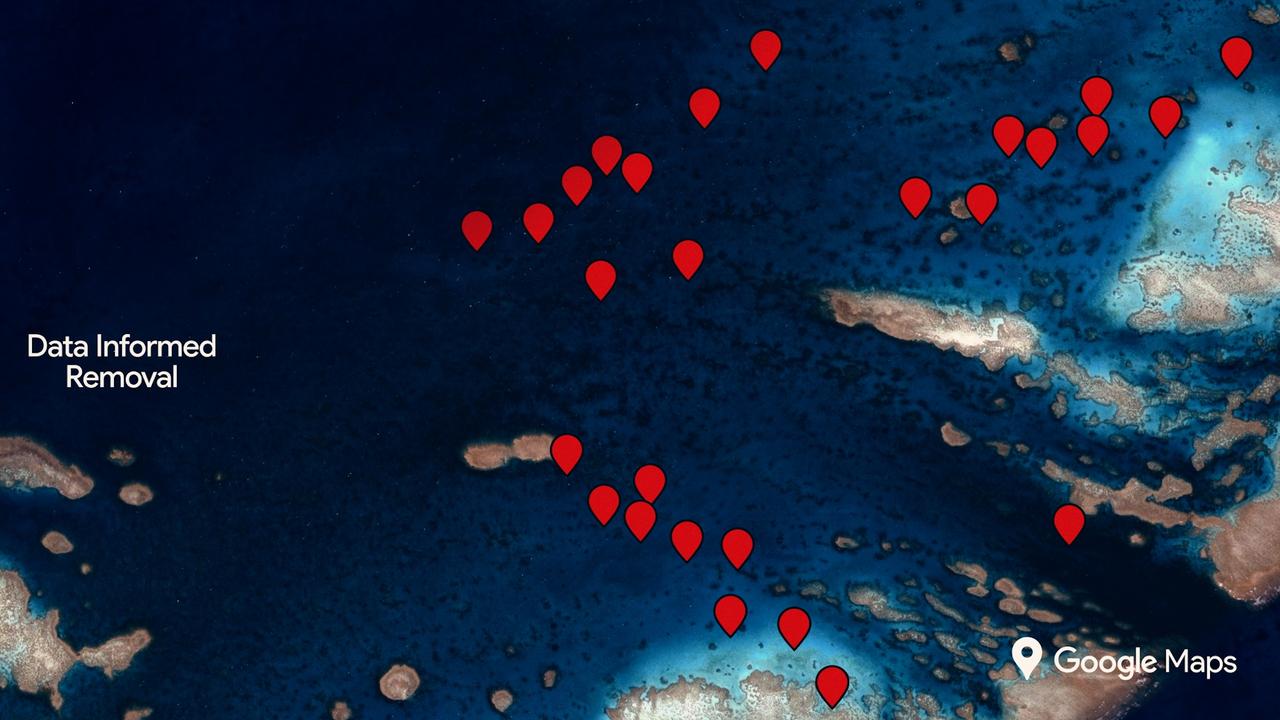 The CSIRO and Google partnership also comes after supermarket giant Coles committed to spending $10 million over 10 years to protect the Great Barrier Reef, and after a Great Barrier Reef Marine Park Authority report warned the area had experienced its fourth mass bleaching event in seven years.

CLASSROOM ACTIVITIES
1. Using technology to solve environmental issues
This new AI (artificial intelligence) software developed by Google looks to be able to do a lot more, a lot quicker than humans to help protect the Great Barrier Reef. In this instance they are picking up where the crown-of-thorns starfish are, as they are a pest and destroy the reef at a rapid rate. By detecting them more quickly, the CSIRO can eliminate outbreaks and allow the reef more time to regenerate itself.

Work with a partner and identify three other environmental issues that AI software might be able to assist with or even combat the problem. Create a three-column chart listing under the headings Problem, Cause and Possible AI solution.

2. Extension
How do you think scientists and researchers should spend the $10 million Coles has committed to donating over the next 10 years to help protect the reef?

VCOP ACTIVITY
BAB it!
Show you have read and understood the article by writing three sentences using the connectives “because’’, “and” and “but” (BAB).

Your sentences can share different facts or opinions, or the same ones but written in different ways.