Judges threaten to close the Taj Mahal, one of the Seven Wonders of the World, as it turns green 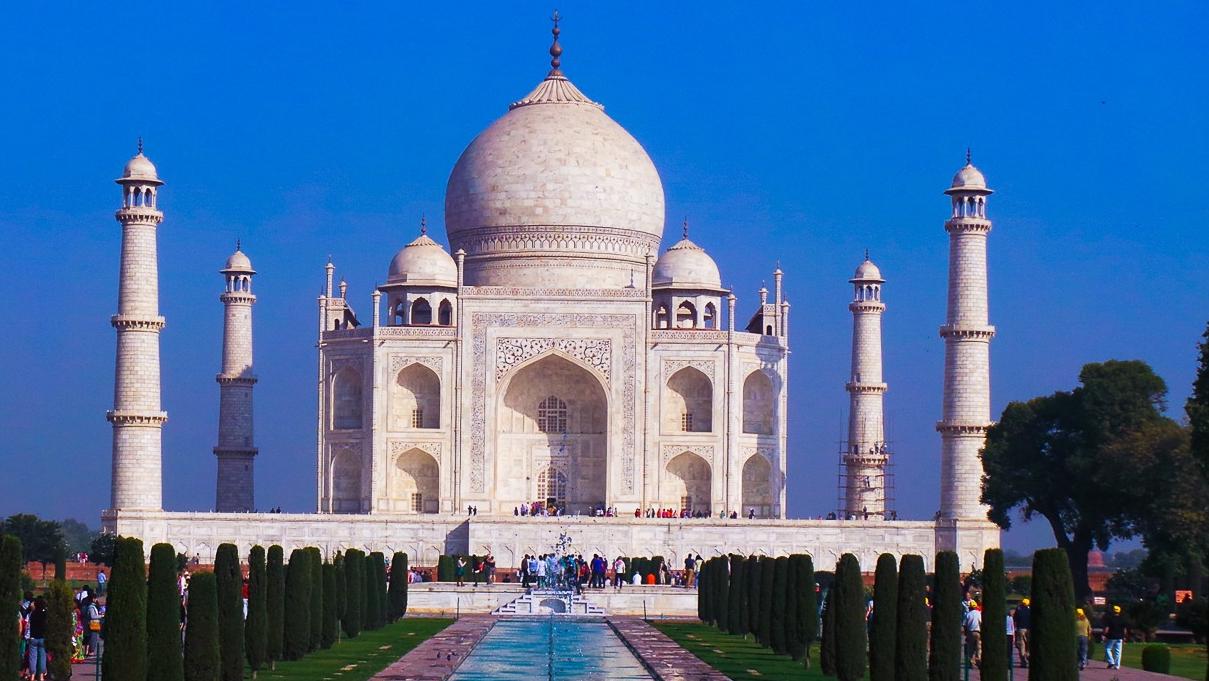 One of the most famous buildings in the world — the Taj Mahal.

Indian judges have threatened to close the Taj Mahal, one of the Seven Wonders of the World, because of extreme* environmental damage.

India’s Supreme Court said the 17th-century monument* built by the Mughal emperor Shah Jahan as a monument of love for his late* wife, was in serious disrepair with its world-famous white marble turning green, yellow and black.

Experts say air pollution and swarms* of breeding* insects are to blame for the change in colour.

“Either we shut down the Taj or demolish it or you restore it,” the two judges told the Indian governments. 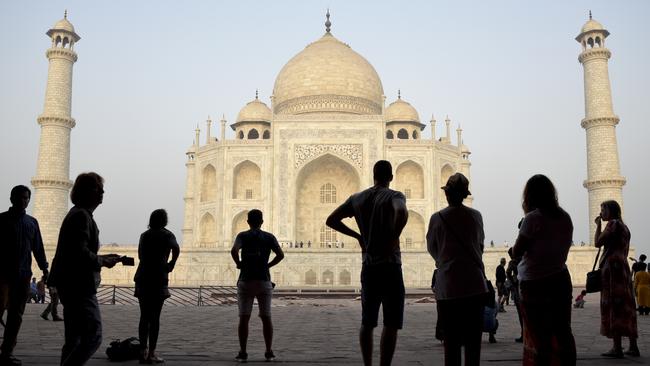 They were responding to a petition* organised by environmental activist MC Mehta who was concerned over the worsening state of the popular tourist spot.

The Archaeological Survey of India, the agency responsible for taking care of the country’s monuments, has been coating parts of the Taj with a special clay that, when it is removed, also takes away the yellow, black and green colouring.

But Mr Mehta said it was not enough.

“The white sheen is disappearing and instead of that if the green colour, the brown colour, the other colours … are visible, then what is the reason? The reason is that the pollution has become alarming,” he said.

Agra, where the Taj Mahal is located, is a major north Indian industrial centre and the city is often covered with a fog of pollution. Taj Mahal reflecting in a river on sunset.

Mr Mehta said authorities had not followed earlier Supreme Court orders to protect the Taj by shutting down factories in the area.

In their observations* on the Taj, the judges compared it to the Eiffel Tower* and said it should have been bringing millions of tourist dollars to India.

“Eighty million people visit the Eiffel Tower, which looks like a TV tower,” the judges said. “Our Taj is more beautiful.”

The court said it was taking the matter very seriously and will hear daily updates on the bid to save the Taj Mahal from July 31.

SEVEN WONDERS OF THE WORLD
The original Seven Wonders of the World were named by Philo of Byzantium in 250BC, and included the Hanging Gardens of Babylon and the pyramids of Giza. (Of those ancient seven wonders, only the pyramids remain today).

In 2007, the new Seven Wonders of the World (listed below) were chosen in an online vote in which tens of millions of people voted. All are UNESCO World Heritage sites.

2. Extension
You have found a reference to the Taj Mahal in a tourist brochure. Using the facts about it in the Kids News article (and further research if needed) write a paragraph you might find with this reference.

QUESTION: Should India close the Taj Mahal? Explain your reasons why or why not?
No one-word answers. Use full sentences to explain your thinking.