Scientists have discovered a massive ancient hole in the Great Barrier Reef and they’re very excited about what is in it.

Experts dived 20m down into the hole, which was found in one of the least explored parts of the reef, which is off the coast of Queensland.

There they discovered healthy coral, a rare discovery given the reef suffers from widespread coral bleaching.

Bleaching occurs when corals are put under stress by warming seawater, storms or some other threat and expel* the algae* that live in their tissue*.

VIDEO: This was filmed by marine biologist Johhn Gaskell

Marine biologist* Johnny Gaskell wrote on social media platform Instagram: “This Blue Hole has previously been described by geologists* who suggested it could be even older than the famous Great Blue Hole, in Belize.

“It’s (sic*) location is in one of the least explored parts of the Great Barrier Reef, over 200km from Daydream Island. To get there we had to travel overnight for 10 hours and time the tides perfectly … Was well worth it!” Exploring the Blue Hole in the Great Barrier Reef, after spotting it on Google maps. The boat ride to reach it took 10 hours. Picture: supplied

“Inside the walls was similar to the site we explored a few weeks back, but this hole was deeper and almost perfectly circular,” he wrote.

“We dived down to just over 20m yesterday, before hitting bare sediment*, that slowly sloped towards the centre.

“Again it was great to see big healthy coral colonies*.”

Mr Gaskell, who grew up along way from the ocean in Bendigo, Victoria and is now based in the Whitsundays, Queensland, has found several blue holes in the reef. Often, the exploration starts by looking at Google Maps images of the reef and noticing something worth checking out. 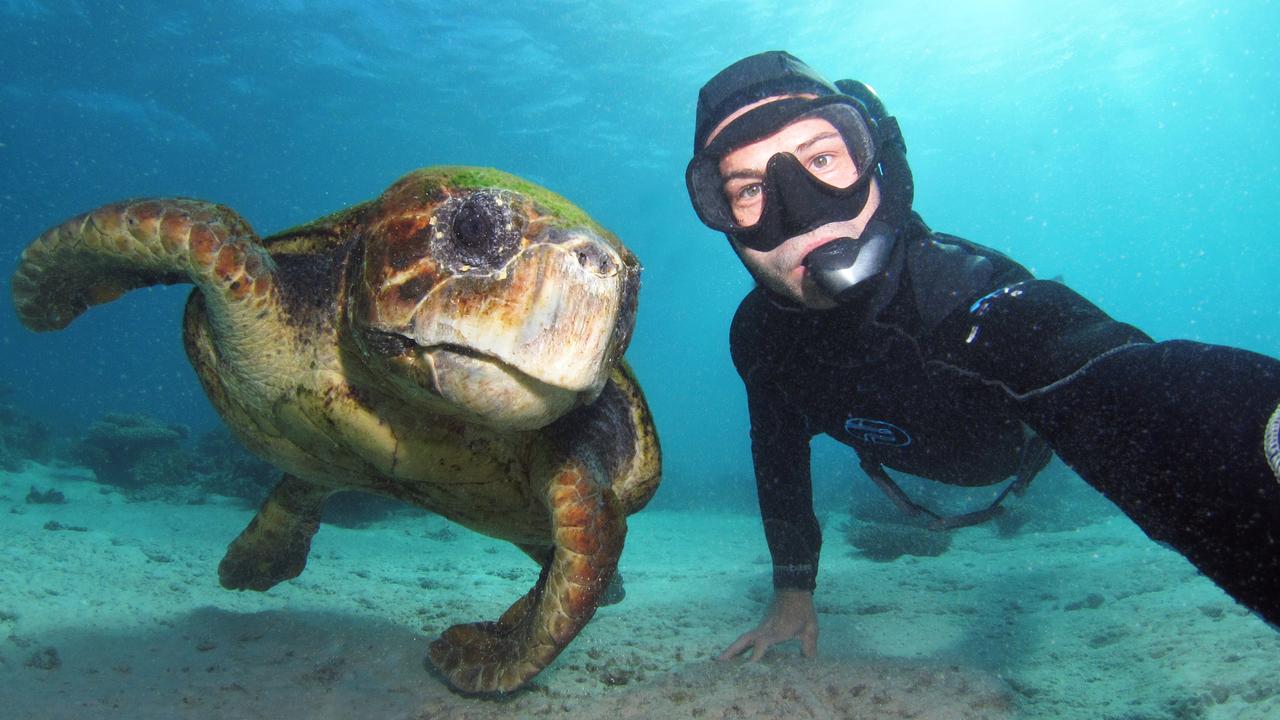 GREAT BARRIER REEF
It is the largest living thing on Earth and is visible from outer space.

It covers 344,400 square kilometres, which is more than five times the size of Tasmania.

It is one of the seven wonders of the natural world and a UNESCO World Heritage area.

of echinoderm (starfish and sea urchins), six of the world’s seven species of sea turtle, 133 species of sharks and rays, 30 species of whales and dolphins and many, many birds, sea snakes, crocodiles and other creatures. 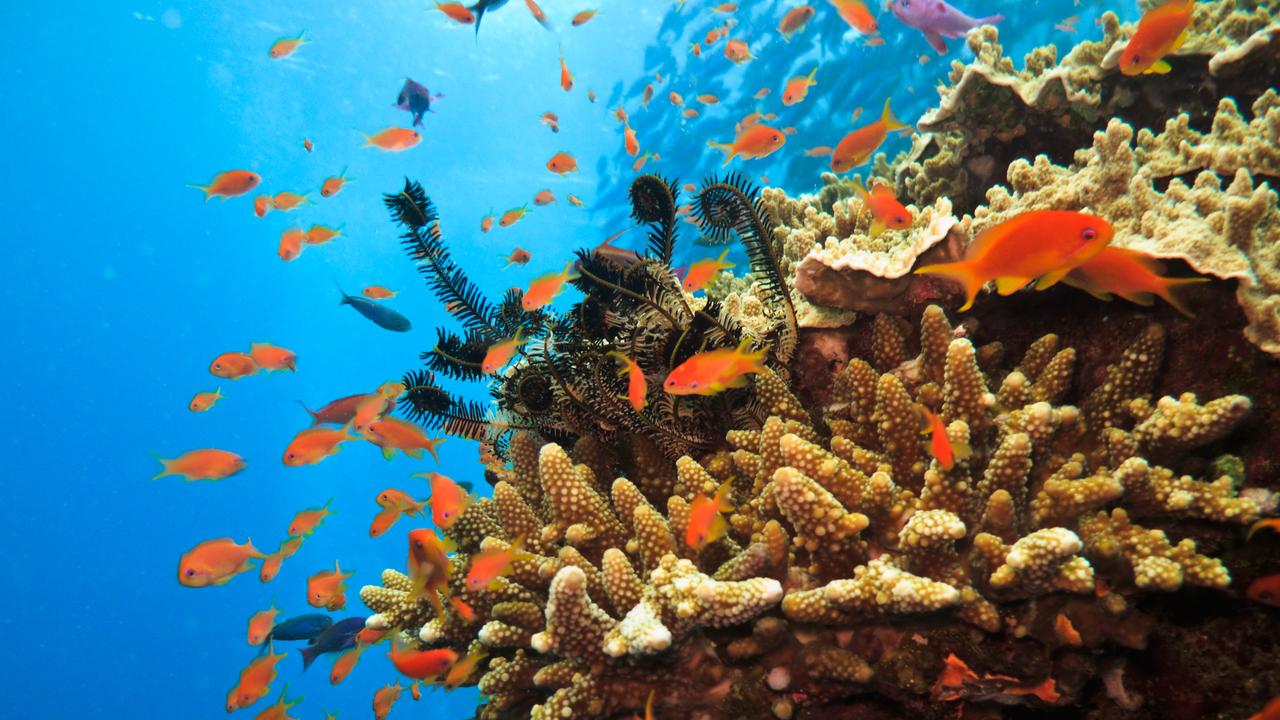 GREAT BLUE HOLE, BELIZE
This is the largest sinkhole in the world.

It is 100km off the coast of Belize, which is a country in Central America neighbouring Mexico.

It is an island of coral with a lagoon* in its centre.

During the last ice age, the sinkhole was a limestone* cave. As the Earth warmed after the ice age, the cave system flooded and collapsed, creating a vertical hole. CLASSROOM ACTIVITIES
1. Reef Mind Map
Complete a mind map detailing all the information you already knew or have learnt from the article about the Great Barrier Reef. You could also include information about threats to the reef and new discoveries such as this blue hole.

A mind map is a diagram in which information is represented visually. It has a central idea placed in the middle (being The Great Barrier Reef) and then other ideas and information arranged around it.

You could think of the key topics and then have other points coming off it.

Present your mind map on a piece of coloured A3 paper.

2. Extension
Compare and contrast (that is, list the similarities and differences) between this blue hole discovered in the Great Barrier Reef and the Great Blue Hole, Belize.

HAVE YOUR SAY: What would you most like to see if you could dive into one of these holes?
No one-word answers. Use full sentences to explain your thinking.