Climate change that has lead to shrinking glaciers, increasing fires, floods and droughts, and the bleaching of coral reefs are among the troubles facing 83 of the 252 World Heritage Sites listed by UNESCO, the UN’s cultural agency.

Sixteen World Heritage sites have deteriorated since the last World Heritage Outlook was released three years ago, while only eight improved, said the International Union for Conservation of Nature, which is made up of governments and civil society groups* and advises UNESCO on natural threats to those sites.

“Natural World Heritage sites are amongst the world’s most precious places, and we owe it to future generations to protect them,” IUCN Director-General Bruno Oberle said.

“Climate change is wreaking (havoc)* on natural World Heritage, from shrinking glaciers to coral bleaching to increasingly frequent and severe fires and droughts.”

The report says the Great Barrier Reef, where ocean warming, acidification* and extreme weather have added to the coral decline and shrinking marine species populations, had moved from “significant concern” to “critical”, the most urgent status under the IUCN system.

The outlook for some other Australian sites has also deteriorated. These include the Gondwana rainforests in New South Wales and Queensland and the Blue Mountains in NSW, which have both moved to “significant concern” in this year’s report from “good with some concerns” in 2017. Western Australia’s Shark Bay and Ningaloo Coast has changed status from “good” to “good with some concerns”. Rainforest of Northern NSW near Mount Warning. Some species of plant such as the turnipwood have links back 52 million years in Gondwanan fossil records.

The report said while 63 per cent of the heritage sites around the world are classified as “good” or “good with some concerns,” 30 per cent are of “significant concern” and 7 per cent are in “critical” shape. A bird perched in a tree as the sun sets over the billabong, at Kakadu National Park, NT. Picture: Tourism NT

In a difference from the previous two IUCN reports, climate change has eclipsed* “invasive alien species” — such as when foreign rodents, fish or plants are transplanted, accidentally or not, to new environments — as the most serious threat against such sites.

Human activities such as tourism, hunting and fishing, and livestock grazing have also had an impact. 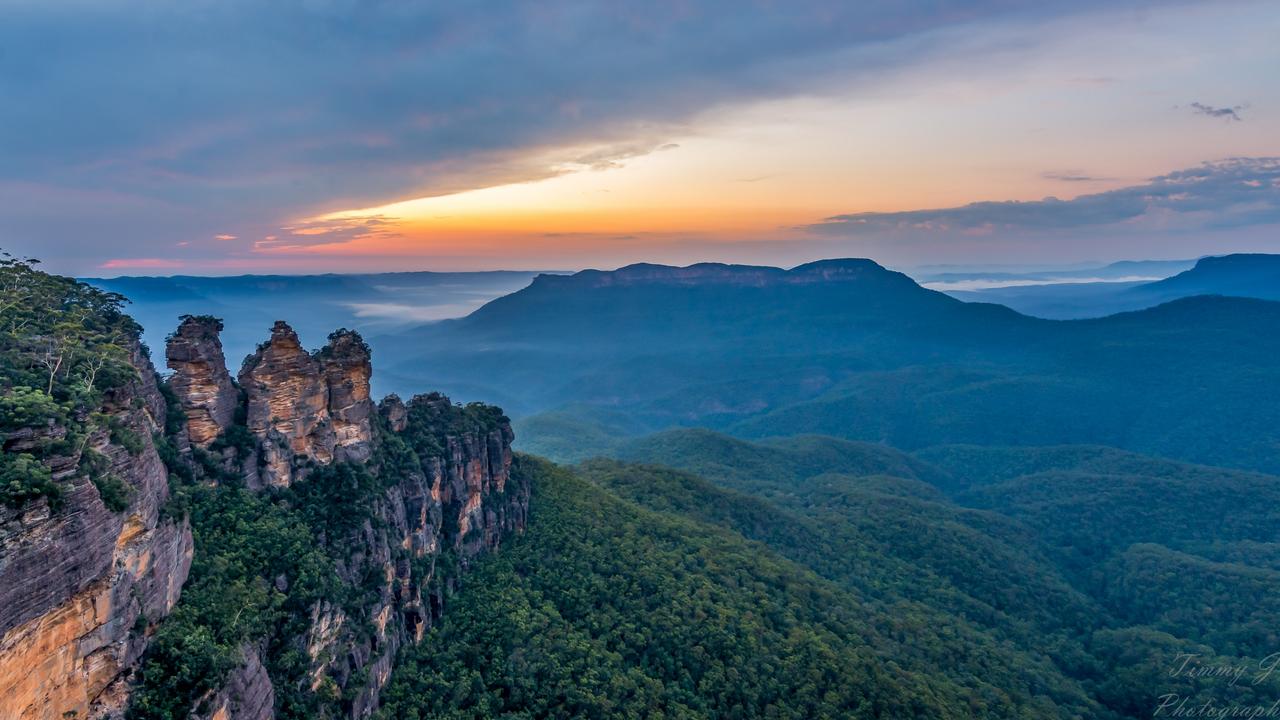 Blue Mountain, NSW, which has moved to “significant concern” in this year’s report from “good with some concerns” in 2017.

A HOT YEAR
This year is on track to be the second hottest on record, behind 2016 according to the World Meteorological Organization (WMO).

Five data sets currently place 2020, a year characterised by heatwaves, droughts, wildfires and raging hurricanes, as the second warmest since records began in 1850.

“2020 is very likely to be one of the three warmest years on record globally,” the Geneva-based UN agency said in its State of the Global Climate in 2020 report.

Stoked by extreme heat, wildfires flared across Australia, Siberia and the US this year, sending smoke plumes around the globe. A firefighter walks past burning trees during a bushfire around the town of Nowra, NSW on December 31, 2019. Picture: AFP

UN Secretary-General Antonio Guterres said in a speech at Columbia University in New York, US that human-caused greenhouse gas emissions are to blame and policies have yet to rise to the challenge.

“To put it simply the state of the planet is broken,” Guterres said. “Humanity is waging war on nature,” he said.

A less visible sign of change was a surge* in marine heat to record levels, with more than 80 per cent of the global ocean experiencing a marine heatwave, the WMO said.

The latest WMO report said the global mean temperature was around 1.2C above the 1850-1900 baseline between January and October this year, placing it second behind 2016 and marginally ahead of 2019.

Hot years have typically been associated with El Niño, a natural event that releases heat from the Pacific Ocean. However, this year coincides with La Niña, which has the opposite effect and cools temperatures.

The WMO will confirm the data in March 2021.

Climate change: what it means for Australia

Painting clouds and other ideas to save our Reef

CLASSROOM ACTIVITIES
1. What Needs to be Done?
What do you think needs to be done to help stop the damage caused by climate change? Write a list of at least five actions or solutions. Write an explanation of why each action is important and how it will help. Your actions can be for the government, your local community, your school and/or things that ordinary people can do.

2. Extension
Kids can find this type of news very upsetting. Imagine that you are our new Kids News Advice writer. Write a column or news story that gives other kids advice. The purpose of your story is to give other kids advice about what they should do if they are scared, worried or upset about the problems caused by climate change (or other upsetting or scary news).