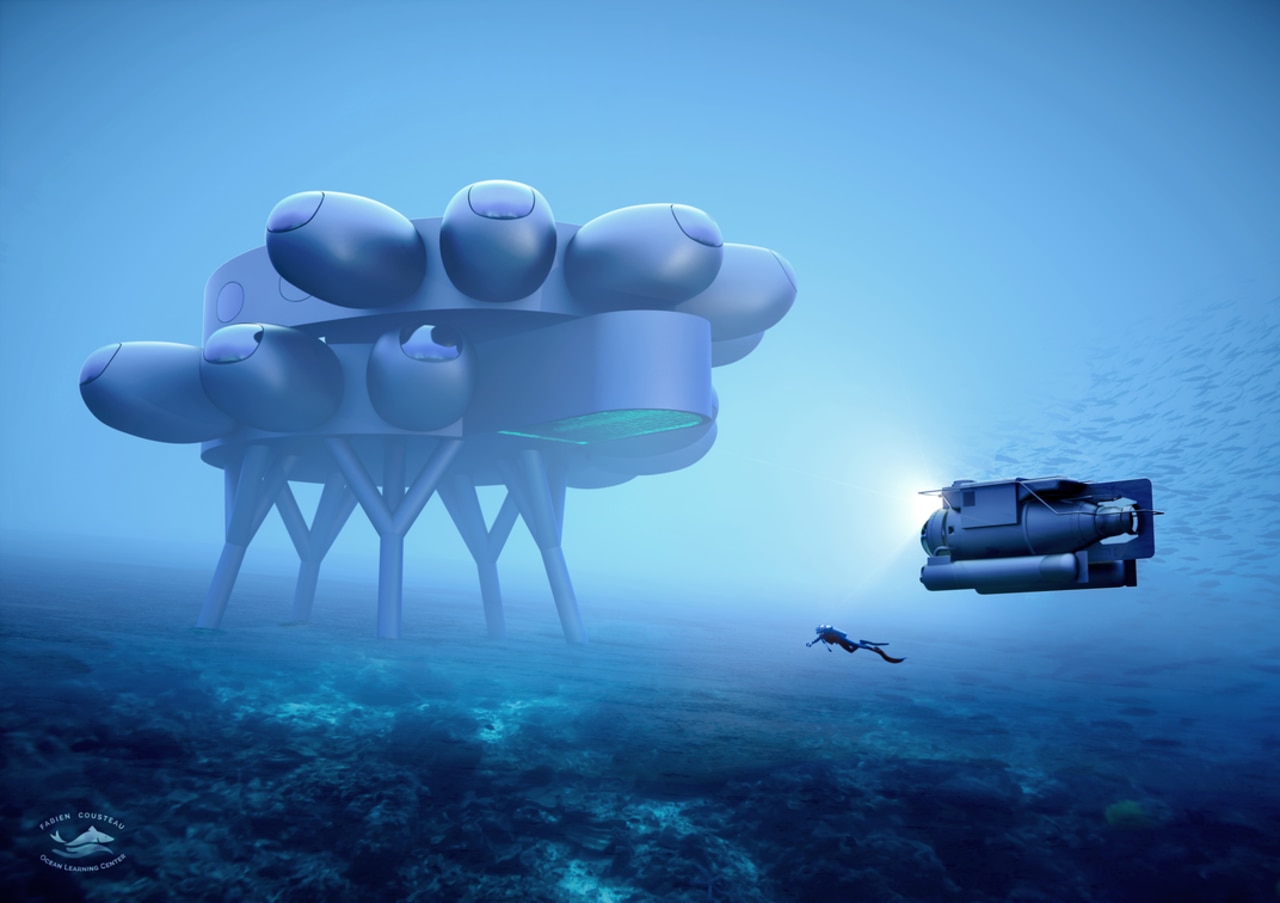 An illustration of how Proteus could look, as designed by Yves Béhar and fuseproject. Picture: fuseproject

A world-famous aquanaut* is planning to build an undersea version of the International Space Station.

Fabien Cousteau, grandson of the great aquanaut and oceanographer* Jacques Cousteau, is trying to raise money to build Proteus, an underwater laboratory and living space for scientists to help us discover new marine species and better understand oceans and climate change. Fabien Cousteau at Fitzroy Island, an island off the coast of Queensland, south of Cairns. Picture: Chris Pavlich

During World War II, with engineer Emile Gagnan, he invented the Aqua-Lung — which we now call scuba, Self-Contained Underwater Breathing Apparatus — which has two hoses and two bottles of compressed air. This invention meant Mr Cousteau and his crew could explore the ocean more thoroughly than humans ever had before.

He travelled the world on ships (the most famous was called Calypso), making pioneering underwater nature documentaries.

What he learned about oceans led him to work towards protecting them. In the 1960s he helped stop the French government from dumping nuclear waste in the ocean and in the 1980s he helped restrict commercial whaling.

He also created a series of underwater habitats for humans, which meant scientists could live under the ocean for weeks at a time. 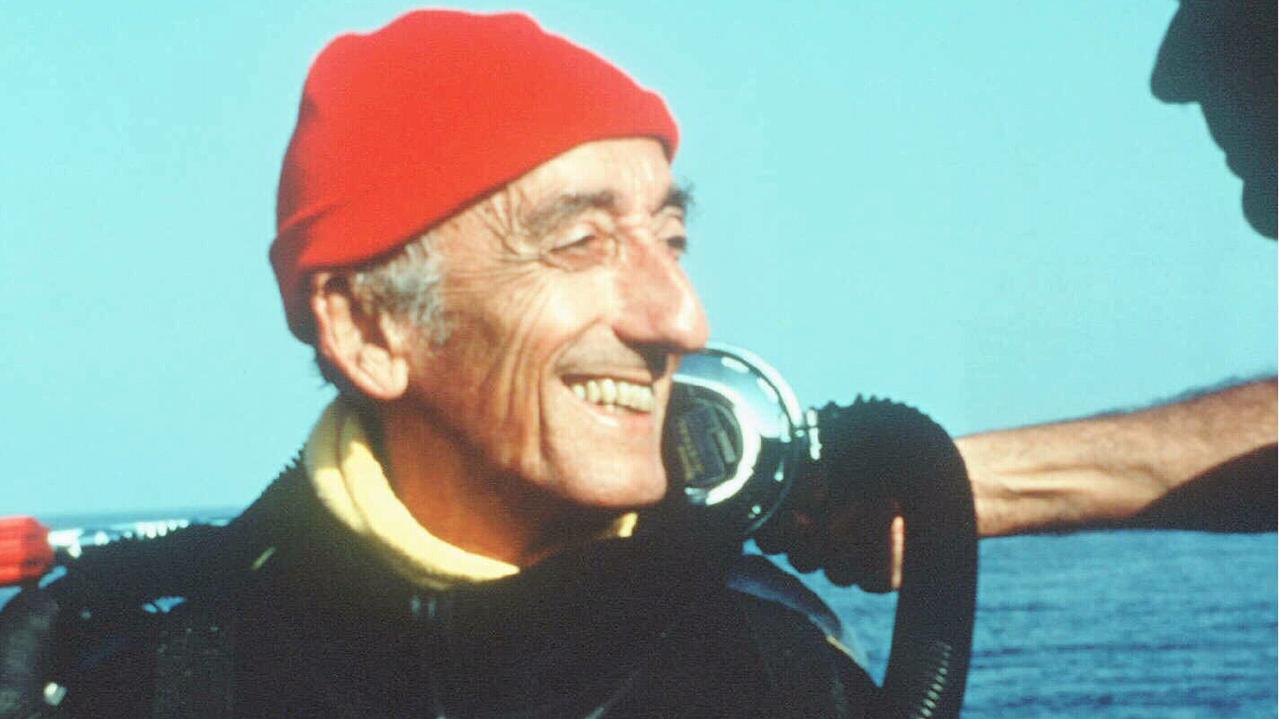 WHO IS FABIEN COUSTEAU?
Fabien Cousteau grew up exploring the oceans on his grandfather’s ships. Like his grandfather, he’s now an aquanaut, conservationist and documentary filmmaker.

In 2014 he lived for 31 days aboard the Aquarius, the world’s only underwater research laboratory, which is 19m underwater 14.5km off the coast of Florida, US. He and his team did scientific research (he has been quoted many times as saying they did three years’ worth of experiments in 31 days!), filmed their activities and held virtual classroom sessions with students around the world. The mission was called Mission 31.

PROTEUS, THE NEXT STEP
After understanding how much work could be done in just 31 days, Mr Cousteau now wants to build a permanent underwater habitat called Proteus.

The name Proteus comes from Greek mythology, in which Proteus was a god of rivers and oceans.

Plans for Proteus are for it to cover an area of just over 371 sqm, or about twice the size of an average house in Australia (186 sqm). That would make it three or four times the size of any other previous underwater human habitats.

According to fuseproject, the company that has designed Proteus, it would be based on a spiral shape, with legs anchoring it to the sea floor off the coast of Curaçao in the Caribbean, 18m underwater. It would be made up of pods and a central docking station, which the designers call a “moon pool” and Jacques Cousteau called a “liquid door”, for submarines to attach to for transfer of people and supplies. An illustration of how Proteus could look, as designed by Yves Béhar and fuseproject. Picture: fuseproject

One of the challenges will be to get it underwater, because a hollow structure filled with air will float.

Proteus could hold 12 people at a time for 30 days with room for work, exercise, sleeping and living. Just like on the International Space Station, there are practical problems with living in an environment new to humans.

There needs to be UV light, for instance, to help keep the inhabitants healthy, and a way to grow and cook food.

According to Forbes magazine, Mr Cousteau is trying to raise $186 million to build and operate Proteus for the first three years.

Bionic jellyfish to explore our oceans

2. Extension
One of the challenges of the Proteus project is to get the structure underwater, because a hollow structure filled with air will float. How do you think this problem could be solved?

HAVE YOUR SAY: Would you live underwater in Proteus?
No one-word answers. Use full sentences to explain your thinking. No comments will be published until approved by editors.