Crocs no match in trapdoor plant find in WA 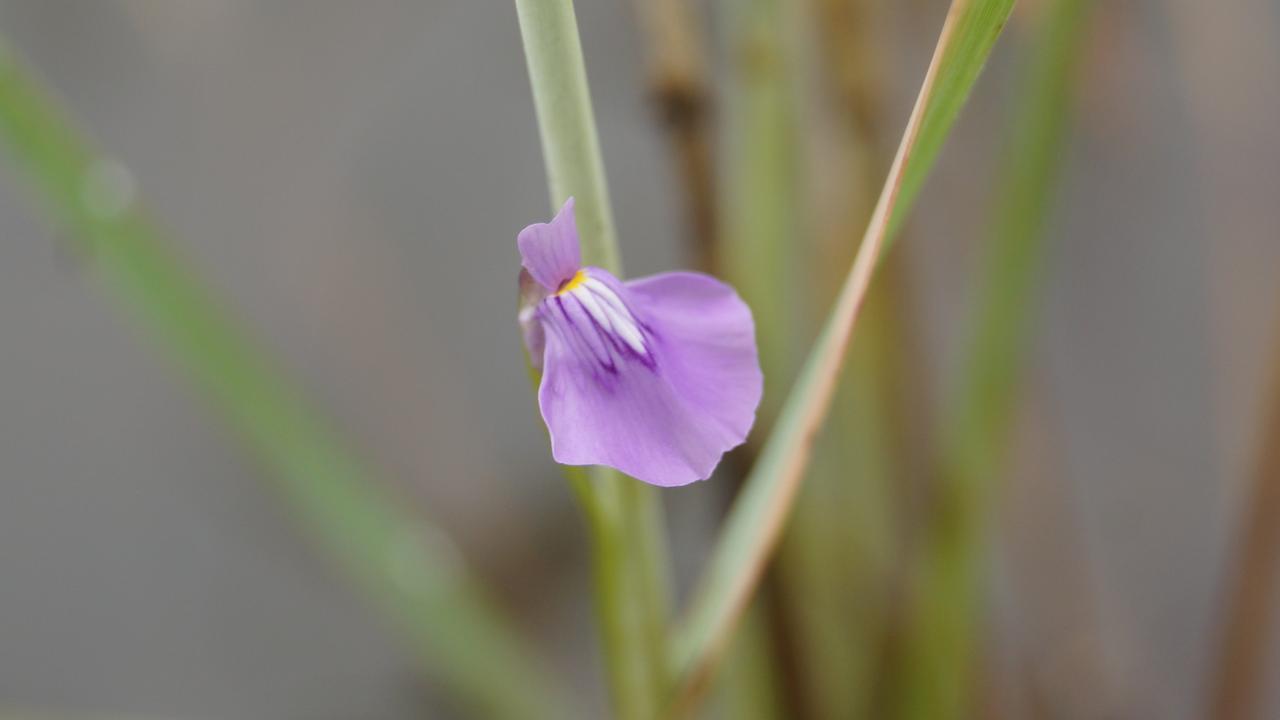 Australian researchers trekked for three days in a crocodile-infested river to find a threatened carnivorous* plant that captures its prey with a trapdoor.

While there have been numerous searches for the elusive* bladderwort, theirs is the first to record it at Kununurra in Western Australia since two original collections were recorded in 1978 and 1982. Dr Richard Jobson, from the Australian Institute of Botanical Science, had tried four times to find the swamp-dwelling* bladderwort, known as Utricularia baliboongarnang, in the Kimberley region.

“What we found was located in a ‘highly restricted’ area, in a habitat on the edge of the Ord River which is infested with crocodiles. We virtually had to circumnavigate the large swamp which is more than 4km in circumference,” Dr Jobson said. A crocodile keeps an eye on people fishing in the Ord River, which is where researchers found a rare carnivorous plant. Picture: Cherie Parry

The plant has two different types of bladder traps it uses to catch different prey, such as tiny crustaceans*, nematodes* and water mites*. It grows in wet sand in large swamps and flowers from March to April.

There are about 200 species of bladderworts across the globe, with their traps ranging in size from 0.2mm to 1.2cm long. Utricularia species occur almost always in wetlands.

Dr Jobson has found other Utricularia species in Northern Australia, including in Cape York in Queensland in 2015. He recommended more surveys of other swamps in the Kimberley region to fully understand Utricularia baliboongarnang’s distribution and to assess its conservation status.

“Work like this is important in understanding the true distribution of rare and threatened plants so we can better conserve and manage their habitats,” Dr Jobson said.

‘Lunar ark’ plan to store species’ DNA on the Moon

CLASSROOM ACTIVITIES
1. Take action!
Write a list of actions that we could take to conserve the habitats of rare plants like baliboongarnang.

2. Extension
Use the information in the story to write and design a Guide to the Bladderwort. The purpose of your guide is to help teachers to understand the most interesting and important facts about the plants so that they can teach kids about them. Don’t forget to include drawings or pictures.