The combination of climate change and steady deforestation means the Amazon rainforest is losing its ability to recover and could permanently turn into savanna. Picture: Carlos Fabal/AFP

The combination of climate change and steady deforestation* means the Amazon rainforest is losing its ability to recover and could permanently turn into savanna*, according to a recent study.

This change would have serious consequences for the region and the world because the area would change from being one that helps lower carbon dioxide* (CO2) levels to one that increases them.

Analysing 25 years of satellite data, researchers measured for the first time the Amazon’s resilience against shocks such as drought and fire, a key indicator of overall health.

This ability to withstand extreme weather events was reported in Nature Climate Change as declining across more than three-quarters of the Amazon Basin, home to half the world’s rainforest.

In areas hardest hit by destruction or drought, the forest’s ability to bounce back was reduced by approximately half, co-author and director of the University of Exeter’s Global Systems Institute Professor Tim Lenton told AFP. 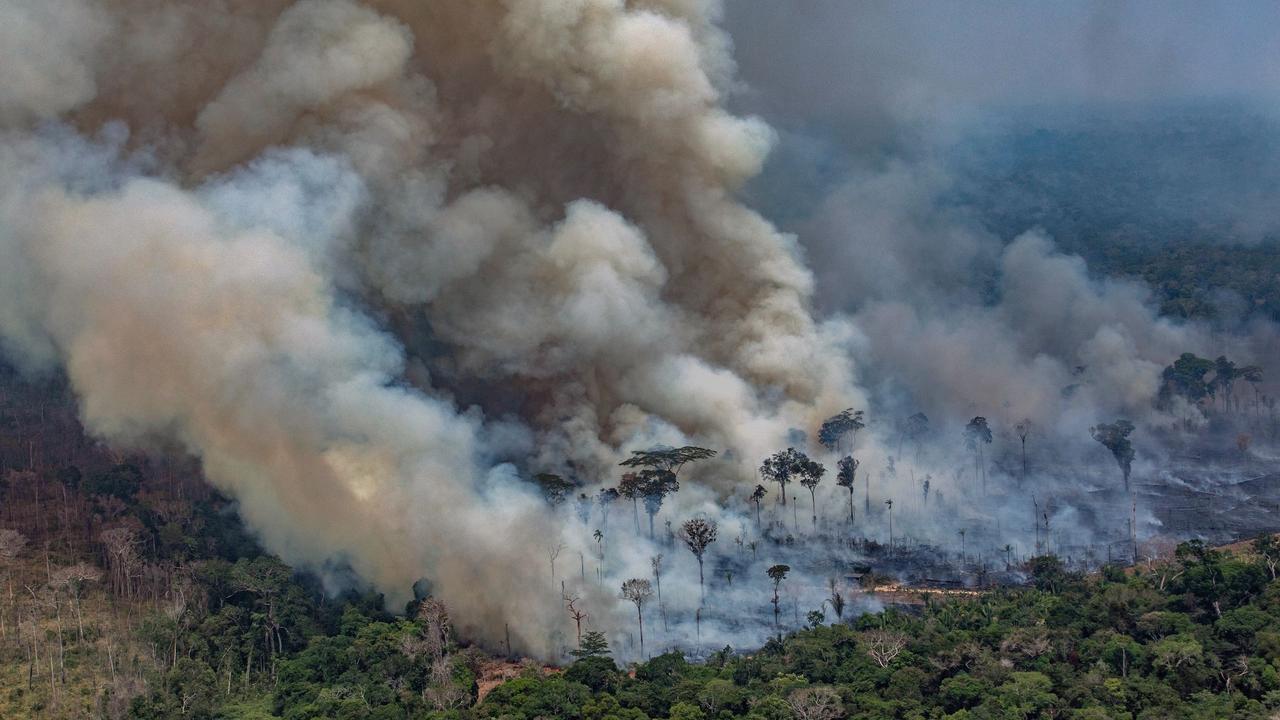 Smoke billows in the Amazon Basin in northwestern Brazil, on August 24, 2019. The Amazon’s ability to withstand and recover from repeated environmental shocks like drought and fire is a key indicator of its overall health. Picture: AFP Photo/ Greenpeace/Victor Moriyama

“Our resilience measure changed by more than a factor of two in the places nearer to human activity and in places that are driest,” Professor Lenton said.

Climate models have suggested that global heating – which has on average warmed Earth’s surface 1.1C past pre-industrial levels – could alone push the Amazon into a far drier, savanna-like state.

“But of course it’s not just climate change; people are busy chopping or burning the forest down, which is a second pressure point,” Professor Lenton said.

“Those two things interact, so there are concerns the transition could happen even earlier.”

Scientists reported recently that Brazil’s rainforest, which accounts for 60 per cent of the Amazon Basin’s total, has shifted from a “sink” to a “source” of CO2, releasing 20 per cent more of the greenhouse gas* into the atmosphere over the last decade than it absorbed.

Land-based ecosystems* worldwide have been a crucial ally as the world struggles to curb CO2 emissions*. 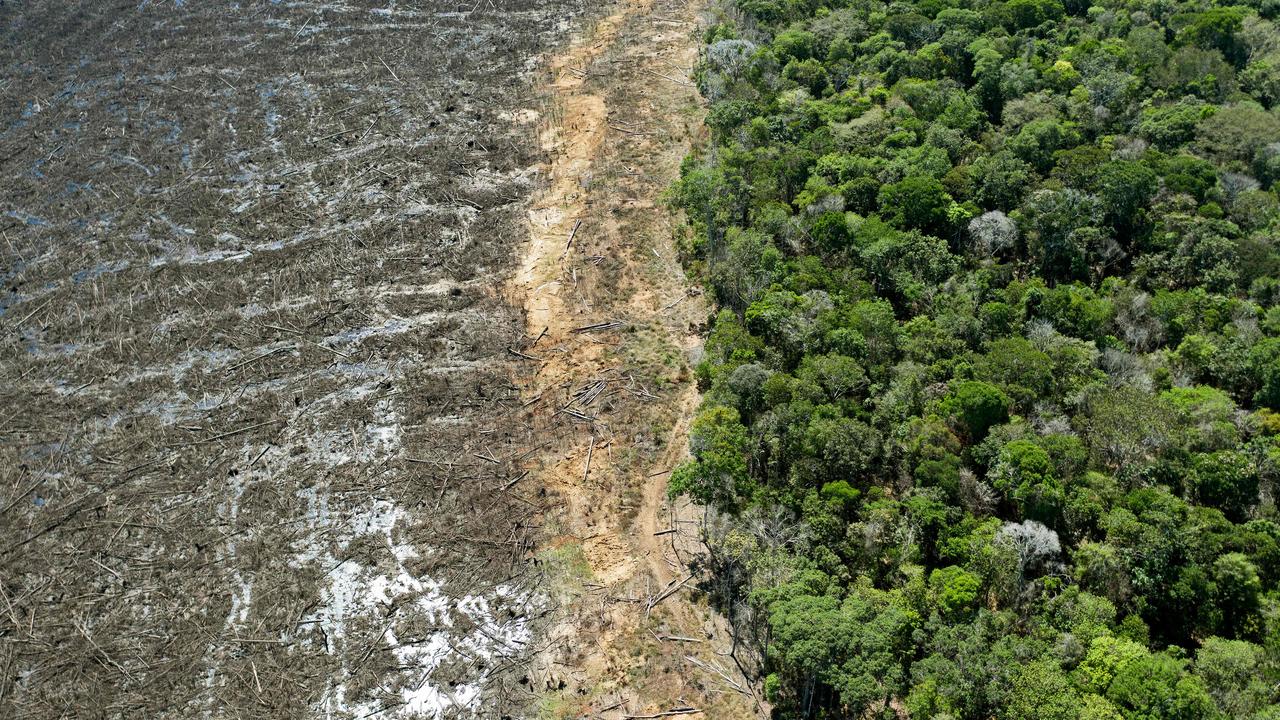 Vegetation and soil globally have consistently absorbed about 30 per cent of carbon pollution since 1960, even as emissions increased by half.

“Savannification” of the Amazon would be hugely disruptive in South America and across the globe.

Some 90 billion tonnes of CO2 stored in its rainforest – twice worldwide annual emissions from all sources – could be released into the atmosphere, pushing global temperatures up even faster.

“It’s not just the forests that take a hit,” Professor Lenton said.

“If you lose the recycling of rainfall from the Amazon, you get knock-on effects in central Brazil, the country’s agricultural heartland.”

The new findings back up data pointed in the same direction.

“Many researchers have theorised that a tipping point could be reached,” said co-author and Potsdam Institute for Climate Impact Research in Germany Professor Niklas Boers.

“Our study provides vital empirical* evidence that we are approaching that threshold.”

To assess change in the resilience of the rainforest, Professor Lenton, Professor Boers and Exeter University lead author Dr Chris Boulton analysed two satellite data sets, one measuring biomass* and the other the “greenness” of the canopy. 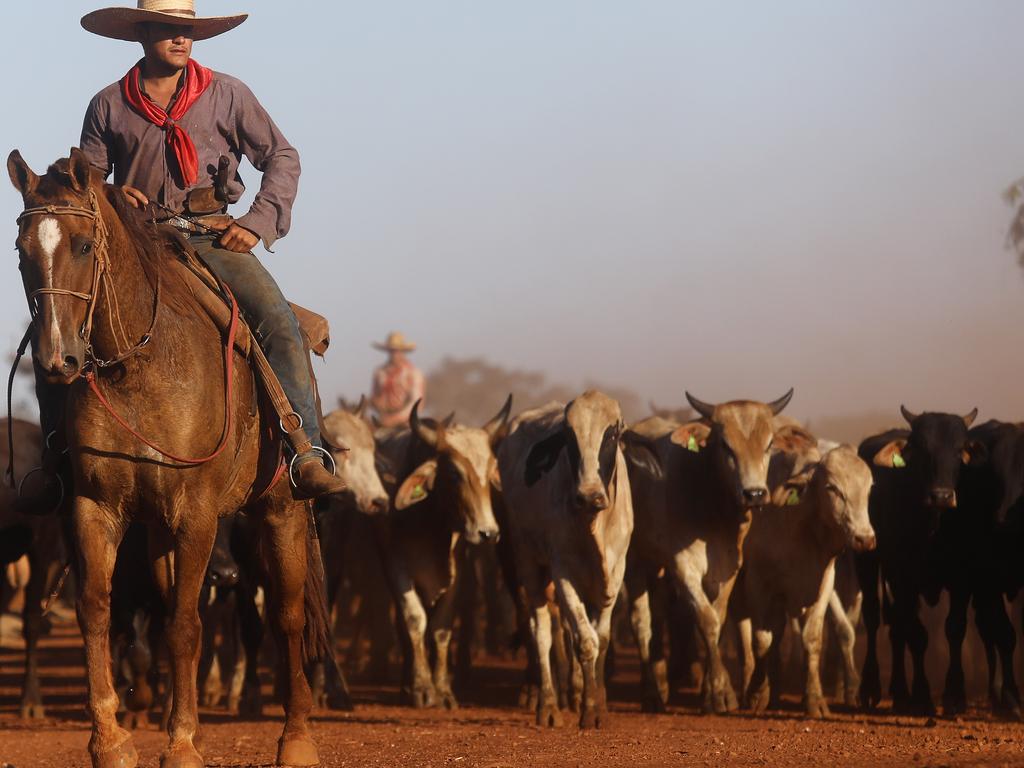 With over 200 million heads of cattle, Brazil has one of the largest herds of commercial cattle on the planet, but the beef industry is one of several that continues to contribute to the destruction and degradation of the Amazon Basin. Picture: Mario Tama/Getty Images

“If too much resilience is lost, dieback* may become inevitable – but that won’t become obvious until the major event that tips the system is over,” Professor Boers said.

But there may be a “saving grace” for the Amazon.

“The rainforest naturally has a lot of resilience – this is a biome* that weathered the Ice Ages, after all,” Professor Lenton said.

“If you could bring the temperature back down again even after passing the tipping point, you might be able to rescue the situation.

“But that still puts you in the realm of massive carbon dioxide removal, or geoengineering*, which has its own risks.”

Just under 20 per cent of the Amazon rainforest – straddling nine nations and covering more than five million square kilometres – has been destroyed or degraded since 1970, mostly for the production of lumber, soy, palm oil, bio-fuels and beef.

Just three per cent of Earth untouched by humans

How many species of trees are on Earth?

CLASSROOM ACTIVITIES
1. Save the Amazon
Imagine you and your friends are attending a “Save the Amazon” rally to protest against the things harming this globally-important rainforest.

Make a placard (a big poster board) to take to the rally stating the action you want taken or what things you want the authorities to stop.

Your placard’s message should be loud, clear, easy to read and simple to understand.

You might want to think of a little chant to accompany your placard to help at the “Save the Amazon” rally.

Get your classmates to march around in a circle showing your placards to each other and perhaps even another class.

2. Extension
What alarms you most about this story?
Write three actions you would like the Australian government to take to help save this vitally important rainforest: