A bold operation is underway to save the lives of Murray cod about to be marooned in a weir* in New South Wales.

Fisheries officers are scooping up the fish in nets and will drive them to safety.

The cod are about to be stuck in Weir 32 at Menindee, NSW. Water authorities need to stop the flow of the Darling River from Weir 32 to keep water in the weir to ensure the supply of drinking water for nearby Broken Hill, NSW. Drinking water is in short supply, partly because of the long drought through this part of Australia. Farmers Chrissy and Bill Ashby walk along the banks of the Darling River near their farm on January 16, 2019 at Tilpa, NSW. The water level is very low and there is a lot of algae growing in it. They are concerned about the health of the river. Picture: Jenny Evans/Getty Images

The NSW Department of Primary Industries confirmed the plan on Thursday morning, as the small town of Menindee prepared for a visit by Deputy Prime Minister Michael McCormack.

The dead fish included massive Murray cod that could have been 100 years old. Murray cod is a native fish that is critically endangered. Fisheries researcher Jarod Lyon in 2017 with a live Murray cod he is releasing into the Murray River downstream from Yarrawonga, Victoria. Picture: Chloe Smith

Scientists believe the fish died because they ran out of oxygen. Hot weather and a lack of flow in the river increased the temperature of the water. That allowed an overgrowth of algae, called an algal bloom. When there was a cool change, the algae died. As the dead algae rotted, it used up lots of oxygen. Because there was not enough fresh water flowing in the river, the fish couldn’t get the oxygen they needed. 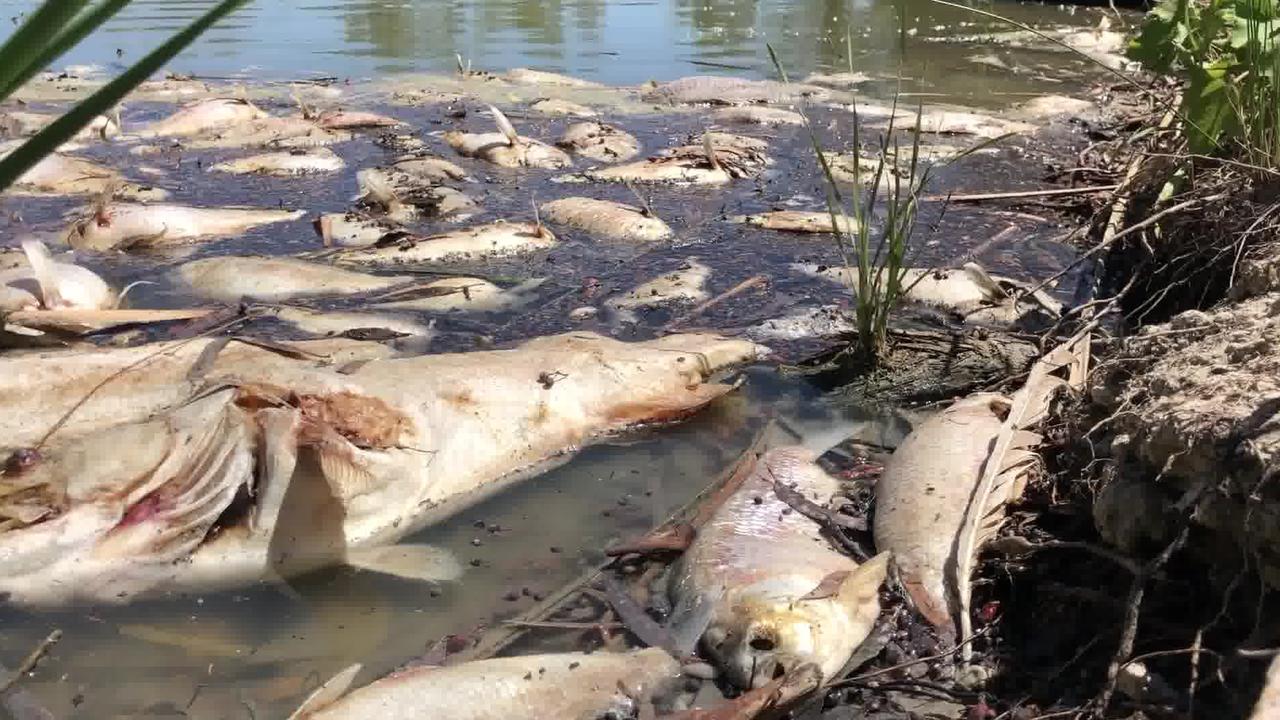 Dead fish, including Murray cod, in the Darling River at Menindee. Picture: office of Jeremy Buckingham

Many fish also died in the Murrumbidgee River, NSW, in late January as a result of a similar set of conditions.

Earlier plans to relocate fish from Weir 32 were not carried out because it was thought to be too stressful for the fish to move them.

A statement from NSW Department of Primary Industries said it was now more dangerous to the fish for them to stay in the weir.

“DPI Fisheries made the decision to proceed with this relocation due to the need for WaterNSW to cease flows from Weir 32 in the near future to maintain town water supply,” it said.

“This would leave the Murray cod even more susceptible* to stress from low levels of dissolved oxygen.”

The plan is to drive the fish either downstream to the Lower Darling River near Wentworth, NSW or to a fisheries facility to regain health so they can breed and their offspring be released back into the wild. The fish will be transported in a special truck used for transporting fish. The water in the truck has air pumped through it and the temperature is controlled. Part of the Murray-Darling Basin, outlined in red and orange. Picture: supplied

MURRAY-DARLING BASIN
The Darling and Murrumbidgee rivers are in a region called the Murray-Darling Basin.

This region covers most of NSW, all of the ACT, southern Queensland, northern Victoria and eastern South Australia.

It is named for the region’s two major rivers, the Murray and the Darling.

Smaller rivers in this part of Australia eventually drain into the Murray River, which drains into the sea on the South Australian coast.

Most of the area covered by the Murray-Darling Basin has low annual rainfall. At the moment, it is extremely dry because of a drought. Talita Cohen in a bath filled with tap water from the Darling River on January 17, 2019 in Louth, NSW. Picture: Jenny Evans/Getty Images

The Murray-Darling Basin is important farming land. Crops include rice, cotton, vegetables, fruit, cereals and hay for stock feed. The crops are grown using water from the rivers. 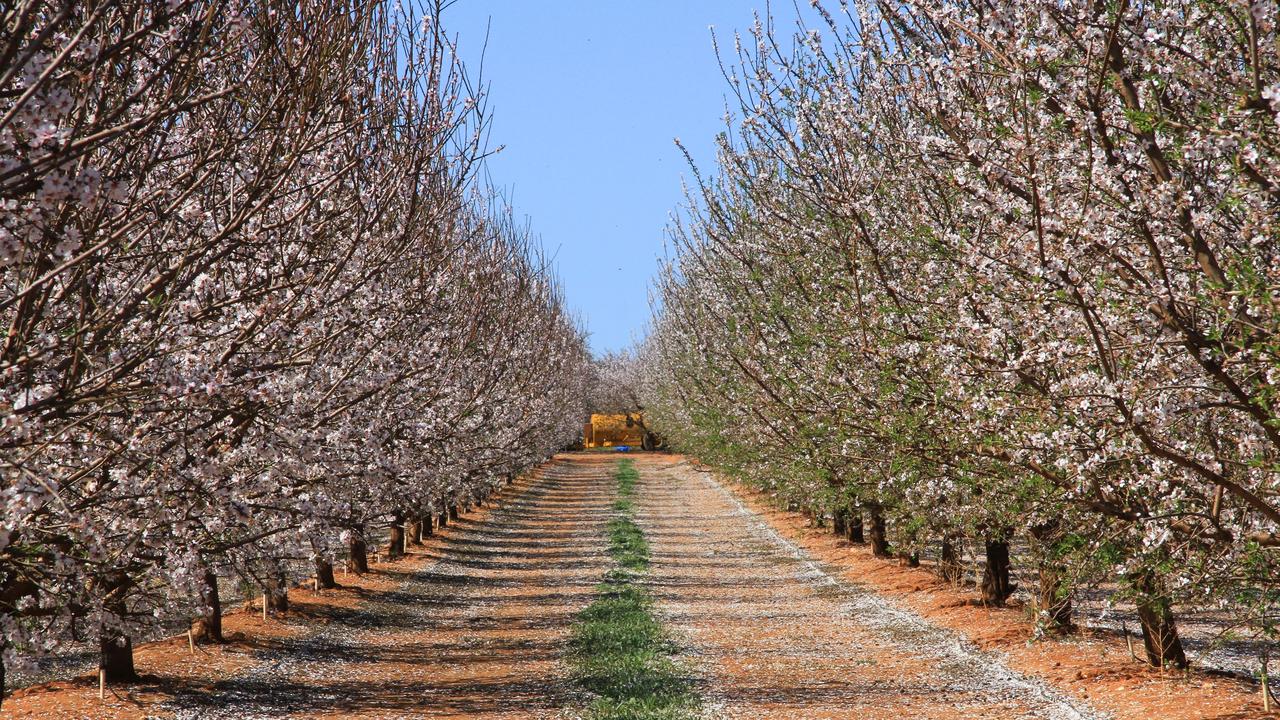 Almond orchard in blossom at Merbein, near Mildura, Victoria. Almonds are a booming industry along the Murray River. Picture: Glenn Milne

MANAGING THE BASIN
How best to manage water use in the Murray-Darling Basin is constantly debated.

Scientists, farmers, politicians, environmentalists and residents of the basin argue about how much water can be used for farming, to supply towns or be allowed to flow naturally through rivers and lakes as it would have before white settlement. Rice grower Dick Thompson on his property at Griffith, NSW. Mr Thompson is worried that changes to the way the rivers are managed won’t leave enough water for farming. Picture: News Corp

Most people agree that droughts and increased demand for water has led to a big decline in the health of the river system.

Governments have had agreements about how best to manage water in the Basin since the 1860s.

In 2012 a new plan to manage water use and the environment throughout the basin was agreed to by the Australian Parliament. It is called the Murray-Darling Basin Plan.

Despite the new plan, debate has not eased.

Supporters of the plan believe that everyone must be patient and that it will take years to undo the damage done to the region by poor environmental management in the past.

Some people believe not enough is being done to look after the natural environment.

Others believe that not enough water is available for farming.

In January, the political party The Australian Greens called for a Royal Commission* into the management of the Murray-Darling Basin. 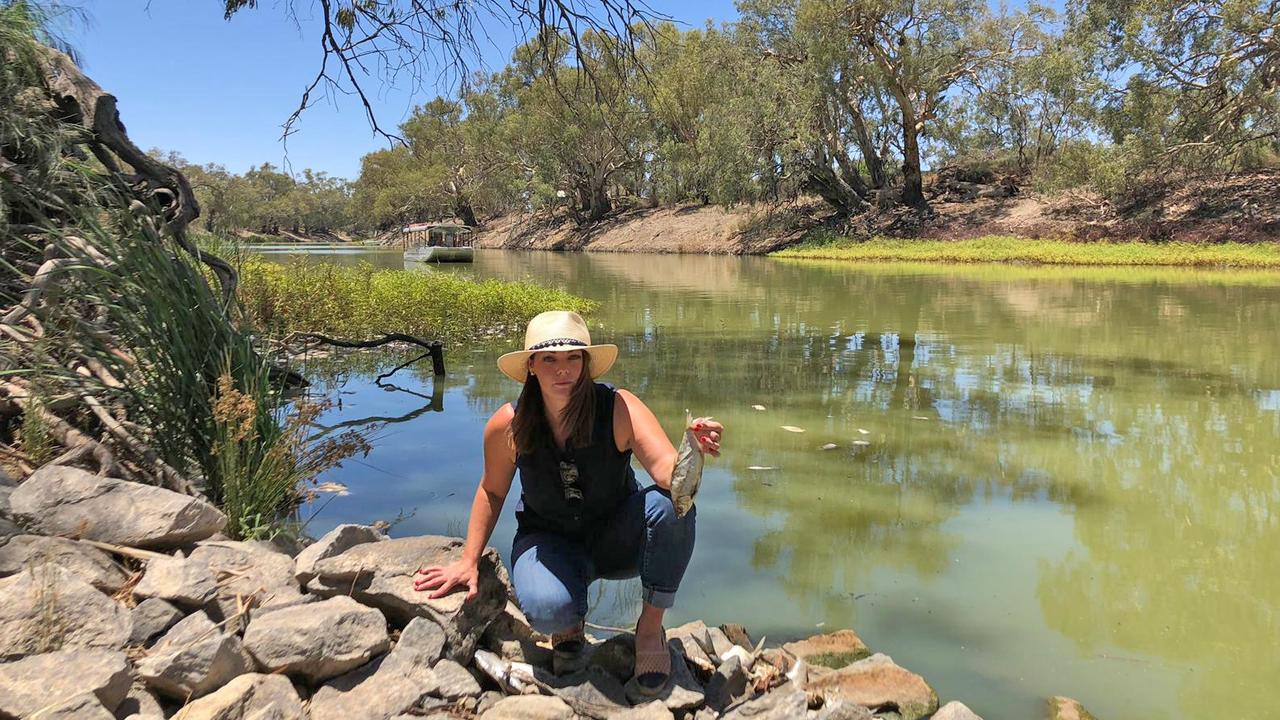 Carp solution still a year away

CLASSROOM ACTIVITIES
1. Write a Speech
This plan involves the relocation of Murray cod on the back of a truck, an experience fish would not normally have. To help alleviate their stress, you have been selected to communicate this plan to the Murray cod in Weir 32. Write a speech that you could give at Weir 32, explaining what is going to happen to them and why it is necessary. Why it is important to save the Murray cod and why the flow of the weir needs to be stopped.

Include what might happen if they stay and when this has happened before. Remember your job is to alleviate stress so make the plan sound as exciting and easy as possible. You might like to include pictures to show them what is going to happen.

2. Extension
On a map that shows the eastern side of Australia, mark or highlight the following places that are mentioned in the article:

In a contrasting colour shade the area referred to as the Murray-Darling Basin. Next to each place marked write one fact that you found in the article. For example: Wentworth – Fish will be released in Wentworth.

Use Google Maps or an atlas to help you.

HAVE YOUR SAY: Share your thoughts on priorities for water in the Murray-Darling Basin. What is most important? Do you think we should give it to farmers, to households or keep it for the health of the rivers?
No one-word answers. Use full sentences to explain your thinking.