An Australian court has thrown out a landmark* legal ruling that the country’s environment minister has a duty to protect children from climate change.

Last year’s legal win by a group of high school students had been hailed* by environmental groups as a potential legal weapon to fight fossil fuel* projects such as coal mines.

But this week the federal court found in favour of an appeal by Environment Minister Sussan Ley, deciding she did not have to weigh up the harm climate change would inflict on children when assessing whether to approve new fossil fuel projects.

The judgement overturned a July 2021 ruling by a lower court that found the minister had a duty to “avoid causing personal injury or death” to under 18s due to “emissions* of carbon dioxide* into the Earth’s atmosphere”. Anjali Sharma, 17, who launched the legal action in 2020, said the minister’s successful appeal had left the students “devastated”.

Another student involved in the case, Izzy Raj-Seppings, 15, said the court had accepted that young people would “bear the brunt of the impacts of the climate crisis”.

“Climate inaction has devastating consequences* for young people,” she said. “While today’s judgment is disappointing, we will keep fighting harder and louder than ever to demand that those in power protect the most vulnerable* and ensure a safe future.”

The federal court found emissions from the mine at the centre of the case – Whitehaven’s Vickery coal mine in northern NSW – posed only a “tiny increase in risk” to the students.

“The minister always takes her role as the environment minister seriously,” a spokesperson said in a statement. 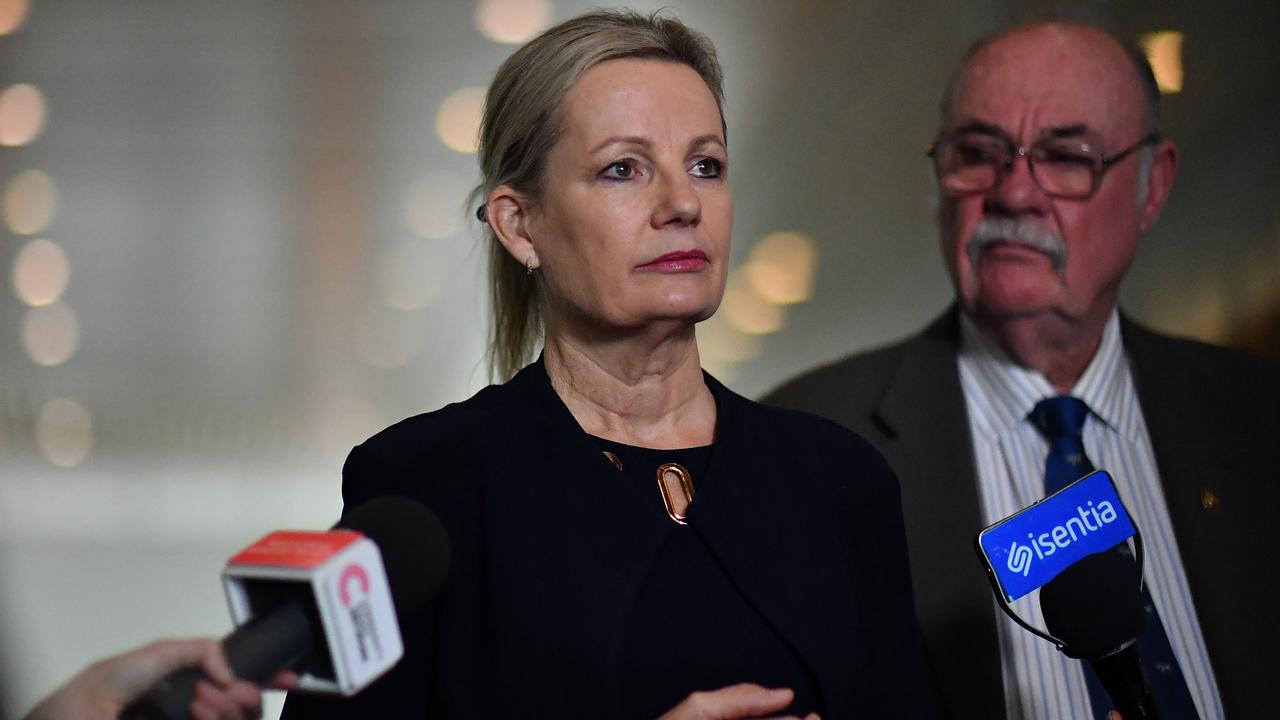 Environment Minister Sussan Ley welcomed the federal court decision to throw out the earlier court ruling that she had a duty of care to protect children from climate change. Picture: Getty Images

The students’ lawyer, David Barnden, said they were reviewing the federal court’s decision.

If the students decide to challenge the ruling, the case could go to Australia’s highest court, the High Court.

University of Sydney climate and environmental law expert Laura Schuijers said the ruling had “put the spotlight on Australia’s politicians and policymakers to take the proactive* action that the science presented in the courtroom suggests is urgently needed”.

Australia has been at the sharp end of climate change, with droughts, deadly bushfires, bleaching events on the Great Barrier Reef and floods becoming more common and intense as global weather patterns change. Australia is feeling the impacts of climate change, such as the recent floods that devastated many areas of Queensland and NSW, including the northern NSW town of Lismore. Picture: NCA NewsWire

CLASSROOM ACTIVITIES
1. For or against?
Write a summary of the important information in the story. The purpose of your summary is to help younger kids understand what the story is about.

2. Extension
What do you think about the decision? Write a list of the reasons why you agree or disagree with the federal court’s ruling.