Painting clouds with water and growing heat-tolerant* coral are just two of the ideas being considered — together with action on climate change — to help the Great Barrier Reef be healthier in 30 years’ time.

AIMS is leading a $300 million research effort, launched on Thursday, to study new ways to protect the Great Barrier Reef from coral bleaching and other impacts of climate change.

The research launch comes as coral experts discover the Reef is experiencing its third coral bleaching event in five years, with the latest episode being more severe* and widespread* than the previous two in 2016 and 2017. 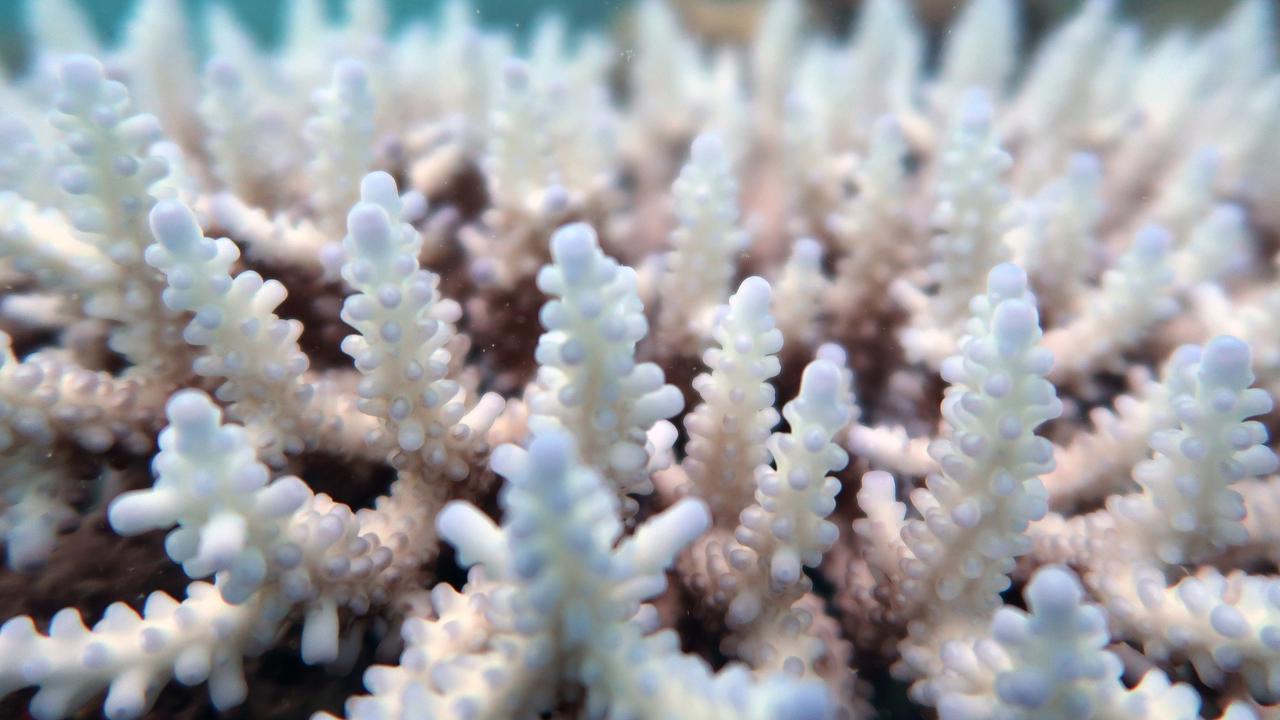 TESTING OUT NEW IDEAS
Painting clouds white with a fine mist of sea water to reflect sunlight, creating areas of thick fog, breeding and dispersing* more heat-tolerant corals and stepping up work to kill crown-of-thorns starfish are some of the ideas to be fully assessed as part of the $300 million resilience project.

One hundred and sixty ideas have been looked at over the past two years to see if they are worth continued research and of those, more work will be done on 117 ideas.

The federal government will contribute $100 million from funds already given to the Great Barrier Reef Foundation.

The foundation says it will raise a further $100 million from ­business donations. Both amounts will be matched on a one-for-two basis* by Australia’s leading research groups.

Federal Environment Minister Sussan Ley said the research could help the reef recover from bleaching: “Climate change remains the biggest threat to the world’s coral reefs and while a global response is needed to tackle emissions*, Australian science can lead the way in developing adaptive* technologies to help protect the reef.” Clownfish on the Great Barrier Reef. Scientists hope new technologies could help save the Reef and other coral reefs around the world. Picture: AAP/James Cook University

“There is real hope for the reef,” Dr Hardisty said. “We have found it is technically feasible* to act at a scale of multiple hundreds of square kilometres.

“Some of our modelling shows if you can get widespread shading and cooling systems working together with powerful reseeding and deployment of ­hybridised* heat-tolerant corals, and got really good crown-of-thorns starfish control, and put it all together and met the Paris* targets, then the reef could in 30 years be better than it is now.” A diver inspecting and completing a survey on crown-of-thorns starfish at the Great Barrier Reef. The starfish are the spiky objects sitting on the white coral in the middle of the picture.

CORAL BLEACHING
This year’s mass bleaching of the Great Barrier Reef was more severe and widespread than the 2016 and 2017 bleaching.

The most recent bleaching has affected all three regions of the Great Barrier Reef, including large parts of the south, according to Professor Terry Hughes, Director of the ARC Centre for Excellence in Coral Reef Studies at James Cook University.

He said such bleaching occurred when coral suffered heat stress due to spikes in sea temperatures caused by unusually hot summers.

Only reefs offshore, in the far north or in remote parts of the south had escaped severe bleaching in the five events since 1998.

“We surveyed 1036 reefs from the air during the last two weeks in March, to measure the extent and severity* of coral bleaching throughout the Barrier Reef region,” he said. Surveying the Great Barrier Reef for damage from coral bleaching from the window of an aeroplane. Picture: AFP/James Cook University

This year, February had the highest monthly temperatures ever recorded on the Great Barrier Reef since the Bureau of Meteorology’s sea surface temperature records began in 1900.

Another member of the Coral Centre of Excellence, Professor Morgan Pratchett, said that while bleaching was not “necessarily fatal*”, with some affected coral able to regain its colour within weeks, severe bleaching did lead to corals dying.

“In 2016, more than half of the shallow-water corals died on the northern region of the Great Barrier Reef,” Prof Pratchett said.

VIDEO: The annual coral spawning on the Reef is when baby coral are made

CLASSROOM ACTIVITIES
1. Sell the Story
Create a storyboard or script for a short TV or YouTube advertisement about the research launch. Your audience is scientists and your purpose is to encourage them to get involved in the research.

2. Extension
Can you come up with a solution for bleaching in the Great Barrier Reef? Describe or design it. Remember to think about the causes of bleaching and put solutions to them in your design. Make your description or design as detailed as you can.

HAVE YOUR SAY: What ideas do you have for looking after the Reef?
No one-word answers. Use full sentences to explain your thinking. No comments will be published until approved by editors.