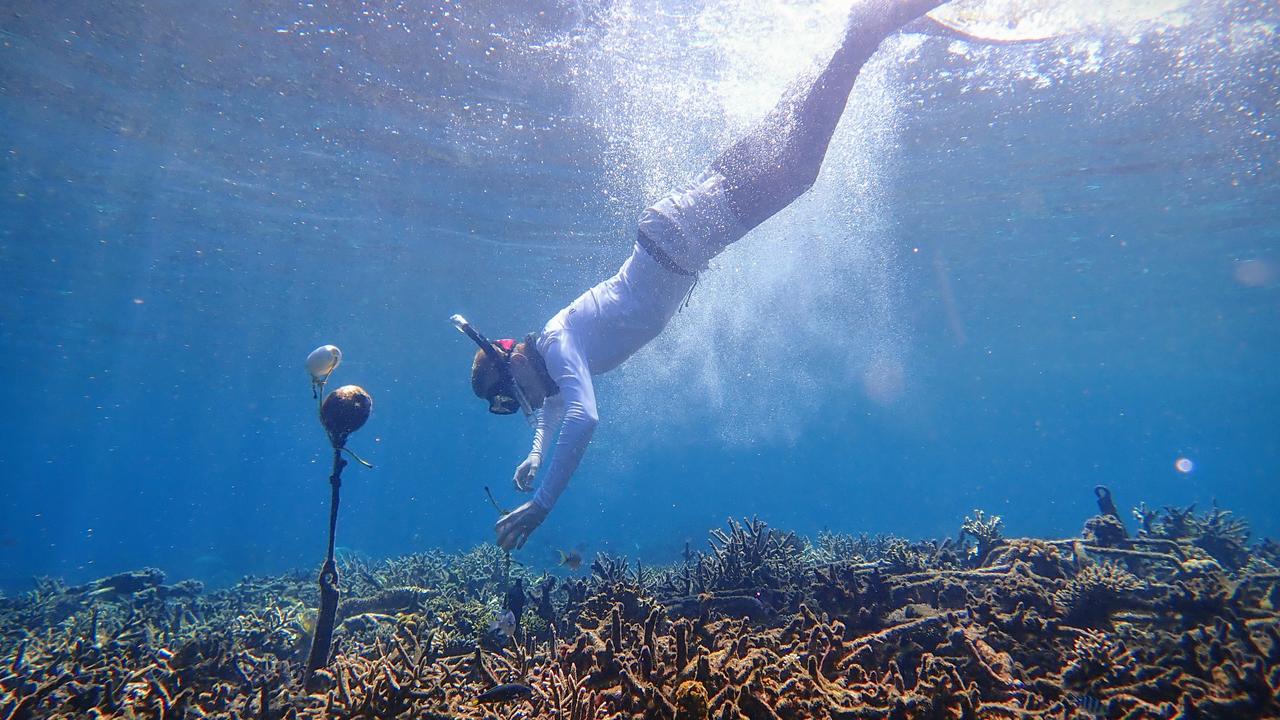 A researcher deploys a hydrophone on a coral reef in Sulawesi, Indonesia. Hundreds of reef recordings have been used to train AI to tell the different between a healthy and damaged reef. Picture: Tim Lamont, University of Exeter

When a team of scientists listened to an audio clip recorded underwater off islands in central Indonesia, they heard what sounded like a campfire.

Instead, it was a coral reef, teeming* with life, according to a study by the scientists from British and Indonesian universities.

The scientists used hundreds of such audio clips to train a computer program, or Artificial Intelligence (AI), to monitor the health of a coral reef by listening to it.

Lead researcher Ben Williams, from University College London and the University of Exeter, said a healthy reef had a complex* “crackling, campfire-like” sound because of all the creatures living on and in it, while a degraded* reef sounded more desolate*.

LISTEN TO A HEALTHY REEF

LISTEN TO A DEGRADED REEF

The AI system learned the difference between the two, allowing it to successfully identify reef health 92 per cent of the time.

The scientists hope this new AI system will make it easier to track the health of reefs around the world.

Previously, experts had to conduct painstaking* analysis* to measure reef health based on sound recordings and visual monitoring. 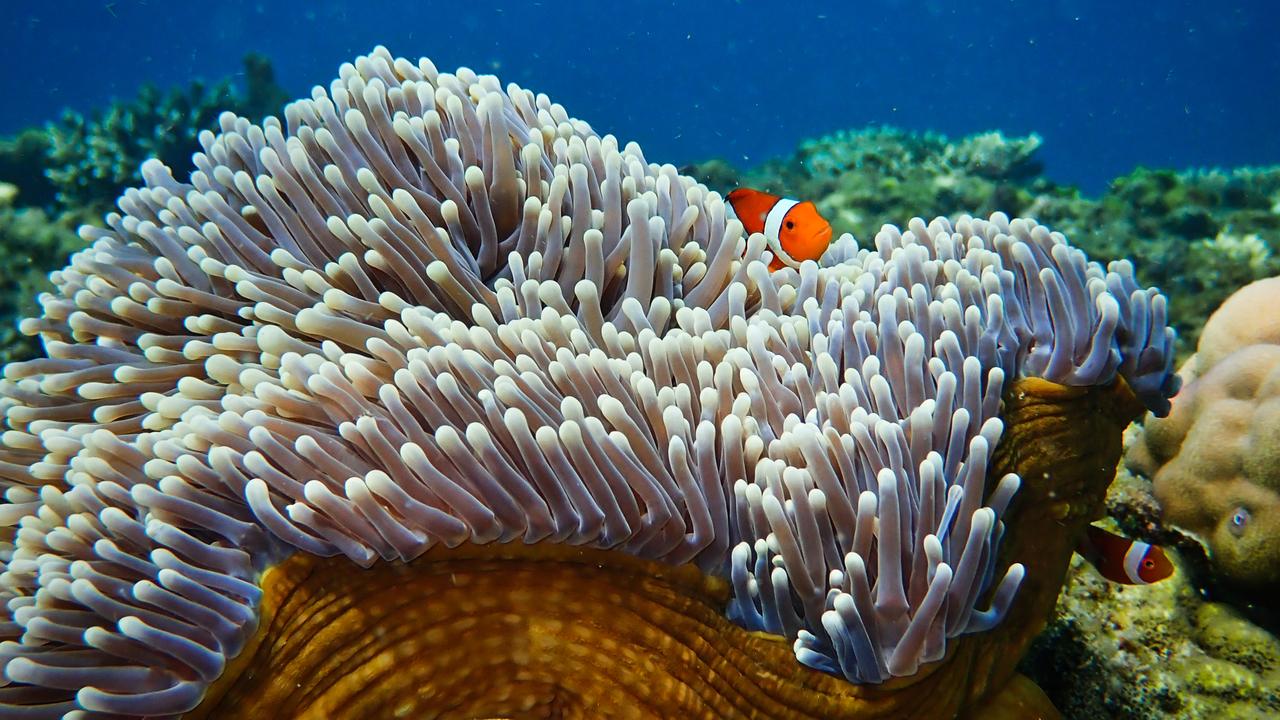 A clownfish in an anemone in a healthy coral reef. Picture: Tim Lamont, Lancaster University

“Coral reefs are facing multiple threats including climate change, so monitoring their health and the success of conservation projects is vital,” Mr Williams said.

“One major difficulty is that visual and acoustic* surveys* of reefs usually rely on labour-intensive* methods.

“Visual surveys are also limited by the fact that many reef creatures conceal* themselves, or are active at night, while the complexity of reef sounds has made it difficult to identify reef health using individual recordings.

“Our approach to that problem was to use machine learning – to see whether a computer could learn the song of the reef.

“Our findings show that a computer can pick up patterns that are undetectable to the human ear. It can tell us faster, and more accurately, how the reef is doing.” A diver swims over a damaged coral reef in Sulawesi, Indonesia, before restoration work. Picture: The Ocean Agency

The recordings used in the study were taken at the Mars Coral Reef Restoration Project, which is restoring heavily damaged reefs in Indonesia.

The researchers also hope to collect underwater recordings from reefs in Australia, Mexico and the Virgin Islands to help monitor the progress of coral restoration projects in those locations.

“This is a really exciting development. Sound recorders and AI could be used around the world to monitor the health of reefs, and discover whether attempts to protect and restore them are working,” said study co-author Dr Tim Lamont, from Lancaster University.

“In many cases it’s easier and cheaper to deploy* an underwater hydrophone* on a reef and leave it there than to have expert divers visiting the reef repeatedly to survey it – especially in remote locations.” 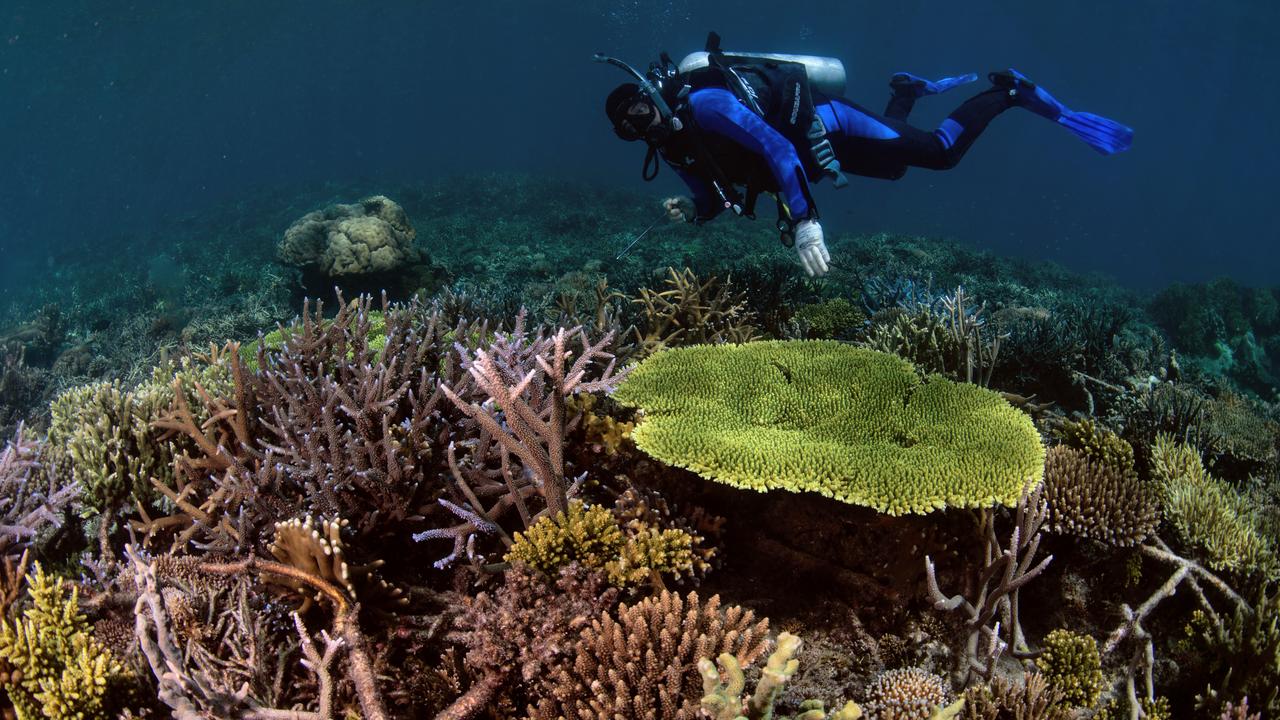 Coral reefs are under stress from global warming. Ocean surface temperatures have risen by 0.13 degrees every decade and ocean acidity* has increased by 30 per cent since the industrial era*.

About 14 per cent of the world’s coral on reefs was lost between 2009 and 2018, according to the Global Coral Reef Monitoring Network.

CLASSROOM ACTIVITIES
1. What are they saying?
Imagine that you can translate the sounds that the creatures are making into English. Write a script or story about what these creatures are saying and doing in the reef.

2. Extension
Think about the AI technology that is being used to help preserve coral reefs under threat from climate change. Can you think of any other problems or situations that this technology could help scientists solve?

Write a description of how this technology could help scientists who are investigating this problem.