Some of Africa’s oldest and biggest baobab trees have suddenly died in the past 10 years, researchers have discovered.

The trees, aged between 1100 and 2500 years and some as wide as a bus is long, may have died because of climate change.

“We report that nine of the 13 oldest … individuals have died, or at least their oldest parts/stems have collapsed and died, over the past 12 years,” the researchers wrote in the scientific journal Nature Plants, describing “an event of an unprecedented* magnitude*.”

The study’s co-author Adrian Patrut of the Babes-Bolyai University in Romania called the deaths “shocking and dramatic”.

Among the nine were four of the largest African baobabs.

While the cause of the die-off is unclear, the researchers suspect it may be at least partly because of climate change. A baobab tree, taller and much bigger around the trunk than the other plants in the landscape. Picture: ThinkStock

Between 2005 and 2017 the team from Romania, South Africa and the US studied more than 60 trees that were all the known very large and old African baobabs.

They collected information on girth*, height, wood volume and age, but most of the very oldest and biggest trees died during the study period.

All were in southern Africa — Zimbabwe, Namibia, South Africa, Botswana, and Zambia.

This video explains some of the reasons why big, old trees are important

The baobab is the biggest and longest-living flowering tree, according to the research team. It is found naturally in Africa’s savanna* and can live for 3000 years.

It is a strange-looking plant, with branches that look like roots reaching for the sky, giving it an upside-down look.

One ancient hollow baobab tree in Zimbabwe is so large that up to 40 people can shelter inside its trunk. Big baobab trees have been used as houses, barns and bus shelters. They hold a huge amount of water and grows fruit that feeds animals and humans.

People boil the leaves and eat them like spinach. They’re also used to make traditional medicines. The bark is pounded and woven into rope, baskets, cloth and waterproof hats.

The aim of the study was to learn how the trees get so enormous.

They found that the trunk of the baobab grows from not one but several stems.

The trees are thought to be very difficult to kill. Even when they’re damaged, they heal and keep growing. Sequoia trees in California. These are another species of giant and very old trees. Picture: iStock

When they die, they rot from the inside and suddenly collapse, leaving a heap of fibres. The oldest tree was the Panke tree in Zimbabwe, which collapsed and died in 2010-11. It was about 2500 years old. The biggest, called Holboom, was from Namibia. It was 30.2m tall and had a girth of 35.1m.

Probably the most famous baobab was in Botswana and was called Chapman. It was about 1400 years old and was a national monument. Explorer David Livingstone had carved his initials in it during his African travels in the 1850s to 1870s. All six stems of the tree toppled at the same time on January 7, 2016.

The research team observed that many other mature baobabs also died during their study.

Mr Patrut said: “there were no signs of disease”. 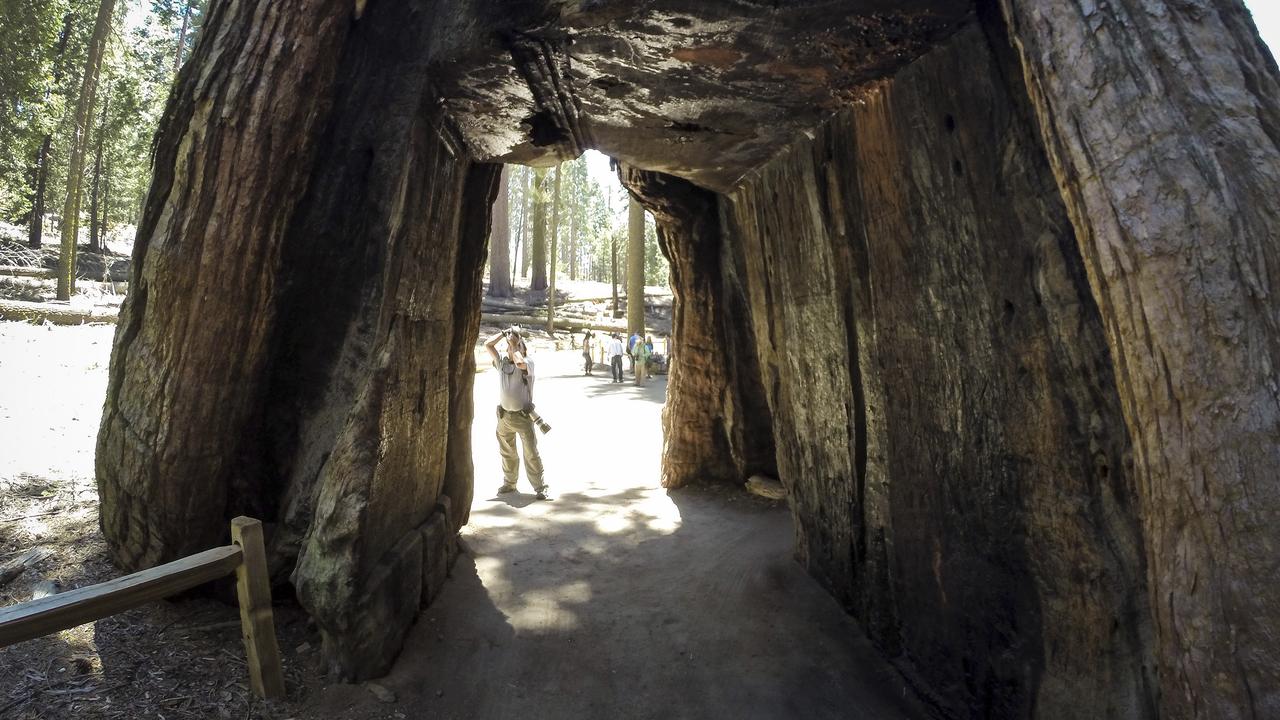 CLASSROOM ACTIVITIES
1. Shocking news
The news of the death of so many of the largest and oldest baobab trees in such a short timeframe really is very shocking! Help spread the word by rewriting a shorter version of this news story that is quick to read and shares only the most important parts of the information. Your news article should really focus on the significance of these trees, how unusual it is for this to be happening to them and the reasons why scientists believe it has happened. Make those who read your story sit up and pay attention!

QUESTION: Why is it “shocking and dramatic” that these trees died? Why do people care?
Explain your answer using full sentences.