The Paris Agreement sets out how the world’s countries plan to work together to tackle climate change and limit global warming. Picture: iStock

Paris is often mentioned when we talk about climate change. What does the capital city of France have to do with global warming?

In 2015 there was a big meeting of world leaders, organised by the United Nations* (UN) and hosted by France, to talk about countries sharing responsibility for managing climate change. The meeting was held in Paris.

These annual UN meetings are called COPs, which stands for Conference of the Parties. Paris was the 21st of these meetings and is sometimes called COP21.

The result of the Paris meeting was a treaty called the United Nations Framework Convention on Climate Change (UNFCCC). A treaty is an international, legally binding* written agreement.

Almost all countries in the world have signed this agreement to show they promise to work towards its aims. The treaty is most often called the Paris Agreement.

WHAT IS IN THE PARIS AGREEMENT?

The Paris Agreement is many pages long but its main aim is to limit global warming to well below 2C and preferably below 1.5C, compared to pre-industrial levels. Pre-industrial levels means the long-term global temperatures before about 1850-1900.

You can read some of the key parts of the Paris Agreement below.

To achieve the long-term temperature goal of limiting global warming, countries that signed the Paris Agreement agreed to do what they could to help reach the global peak of greenhouse gas emissions as soon as possible.

The Paris agreement came into effect on November 4, 2016. 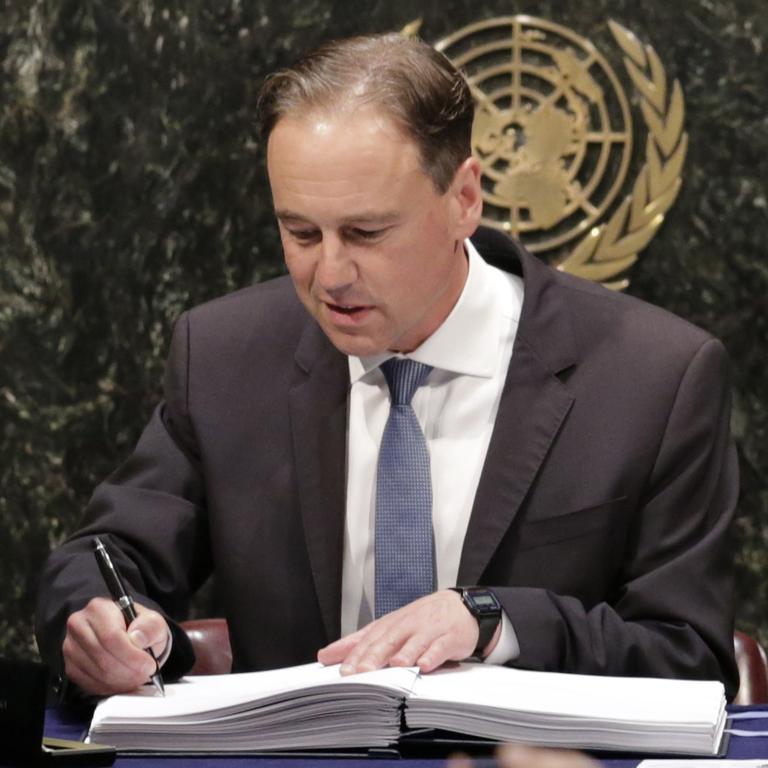 Australia’s then environment minister Greg Hunt signs the Paris Agreement on behalf of our nation in 2016. Picture: AP Photo

Although it mentions specific global goals, the Paris Agreement doesn’t expect exactly the same goals, actions or results from every country.

Each country sets its own Nationally Determined Contribution (NDC) to the Paris Agreement, based on what it can manage or afford to do and what that country’s government will agree to do.

The agreement expects that wealthier or more developed countries will be better equipped or more able to afford to take action to reduce emissions and they will also help poorer or developing countries adapt to reduce greenhouse emissions. The shift to electric vehicles is seen as a key to cutting greenhouse gas emissions. Here a driver charges his electric car at a Gold Coast charging station. Picture: Scott Powick

THE NEXT CLIMATE CHANGE CONFERENCE

The next United Nations Climate Change Conference, COP26, will be in Glasgow, Scotland, from October 31 to November 12 this year. It was delayed from 2020 because of the coronavirus pandemic. It will be jointly hosted by the UK and Italy.

In the lead up to Glasgow, countries are encouraged to nominate ambitious* 2030 emissions targets that will help achieve net zero by the middle of the century.

The UK, as COP26 leader, has suggested that to achieve what it calls “stretch targets”, countries will need to phase out the use of coal, limit deforestation*, speed up the switch to electric vehicles and encourage investment in renewable* sources of energy. 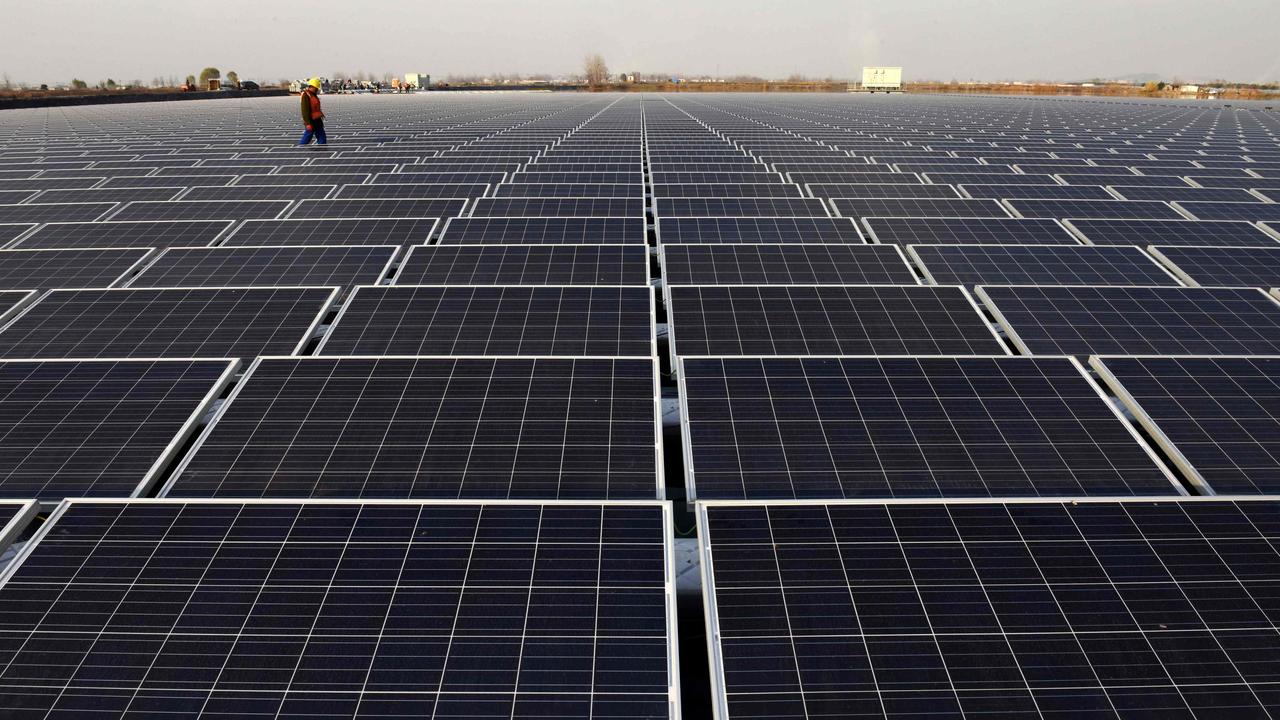 Nations are being encouraged to set ambitious emissions targets for COP26, including by investing in renewable energy sources such as solar power. This solar power plant is in Huainan, a former coalmining region of China. Picture: AFP

The UK is also pushing for countries to adapt to protect communities and natural habitats, and for developed countries to help developing countries achieve their goals.

It is also imploring* member countries to “work together to deliver”. This is important because UN negotiations are consensus based, which means members have to agree for there to be some chance they will be achieved.