Have you noticed the climate is changing? As you go about your life, it might be hard to see or understand the impact, but scientific research shows it’s happening.

Like other places in the world, Australia is experiencing climate change, mostly due to emissions* of harmful greenhouse gases* into the atmosphere* from power plants, cars and other sources. This causes temperatures to rise, which affects the climate.

Scientists predict that without action on climate change, Australia will experience many more devastating events in coming years, such as droughts, floods, heatwaves, coastal inundation*, and bushfires like the Black Summer fires of 2019/2020.

Such events have a big impact on the health and wellbeing of people and can be devastating for wildlife and plant life. 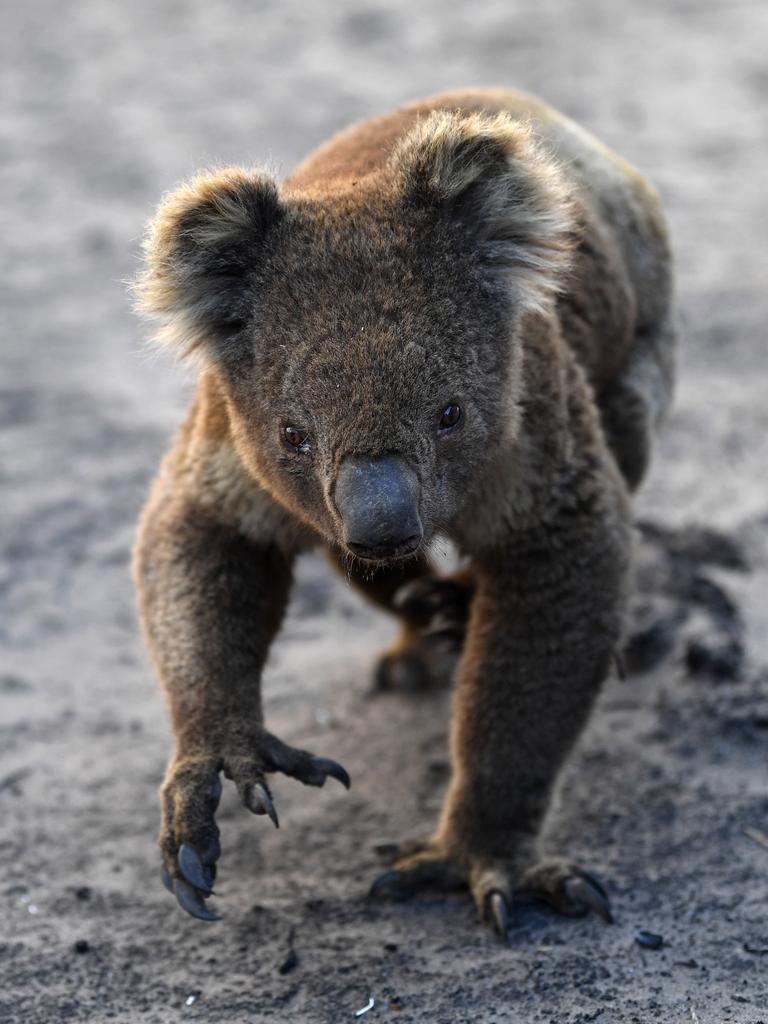 An injured Koala in burnt forest near Cape Borda on Kangaroo Island, southwest of Adelaide, after the Black Summer bushfires of 2019-2020. Picture: AAP Image

They could also affect our food supply. For example, we could have less water to irrigate* food crops; farms could become unprofitable and go out of business; cyclones, heatwaves and floods could destroy crops; droughts could kill sheep, cows and other livestock; and harsh temperatures could reduce the quality of our food. This means our food could become more expensive to buy.

Scientists have observed climate change for many years and have been very worried about it, but now more people, including everyday Australians and politicians, are expressing their alarm and want to do something about it.

HOW HAS CLIMATE CHANGE AFFECTED US SO FAR?

Every two years, the Australian government releases an important report called State of the Climate that looks at how climate change is affecting Australia.

The report is written by the CSIRO and the Bureau of Meteorology. The government’s most recent State of the Climate report found Australia has become 1.4C warmer since 1910, leading to more extreme heat events.

Here are some important findings from the most recent report, released in 2020:

WHAT’S HAPPENED TO THE CORAL?

The Great Barrier Reef, in Queensland, is one of the world’s most spectacular natural attractions. But some of its famous, vivid* coral has been bleached* over the years because of warming sea temperatures.

The reef has been especially damaged by the water temperature rising more than normal during three recent marine heatwaves.

The outlook for the reef is uncertain. For the coral to recover, sea temperatures would need to reduce and conditions return to normal. HOW WILL CLIMATE CHANGE AFFECT US IN THE FUTURE?

The latest State of the Climate report predicts that in coming decades, Australia will have more extremely hot days and fewer extremely cool days. The State of the Climate report predicts climate change will cause longer droughts in Australia in coming decades.