Scientists have discovered human activity is causing the Earth’s climate to change at a much faster rate than in the past. Picture: iStock

We hear a lot of talk about climate change, what we can do about it and whether we and our leaders are doing enough.

Some people even talk about whether climate change really exists.

What is climate change? Is it weather? Is it greenhouse gases? Is it serious?

Here are some important things to know about climate change.

WHAT IS CLIMATE CHANGE?

What’s the weather like where you are? Do you need a jacket to keep warm? Is it raining, hot, frosty, windy, sunny or cloudy? Can you hear thunder and see lightning?

Weather is a description of the conditions you can see and feel right now in a particular place.

Climate change is a long-term change in the average or expected climate of an area or of the Earth. When the change being discussed is about the whole planet, it is called global climate change. Weather is the conditions you can see and feel right now, while climate describes an area’s weather over time. Picture: iStock

Sometimes people talk about climate change in terms of the slow, natural cycle of warming and cooling that scientists know happens on Earth over thousands or billions of years.

But scientists have discovered a much faster change in the planet’s climate, and it is being caused by things humans do.

This increase in the average temperature of Earth is called global warming.

WHY IS EARTH WARMING?

Compared to, say, Mercury, Earth is a mostly comfortable place to live because we have a much more substantial*, insulating* atmosphere*, made up of gases such as water vapour*, carbon dioxide and methane.

These insulating gases are called greenhouse gases. The insulating effect they have is called the greenhouse effect, like the effect of a puffer jacket or an insulated cup keeping coffee hot.

Scientists know that human activity in the past 150 or so years, such as burning fossil fuels* and cutting down forests, has increased the amount of greenhouse gases in the atmosphere, leading to global warming. 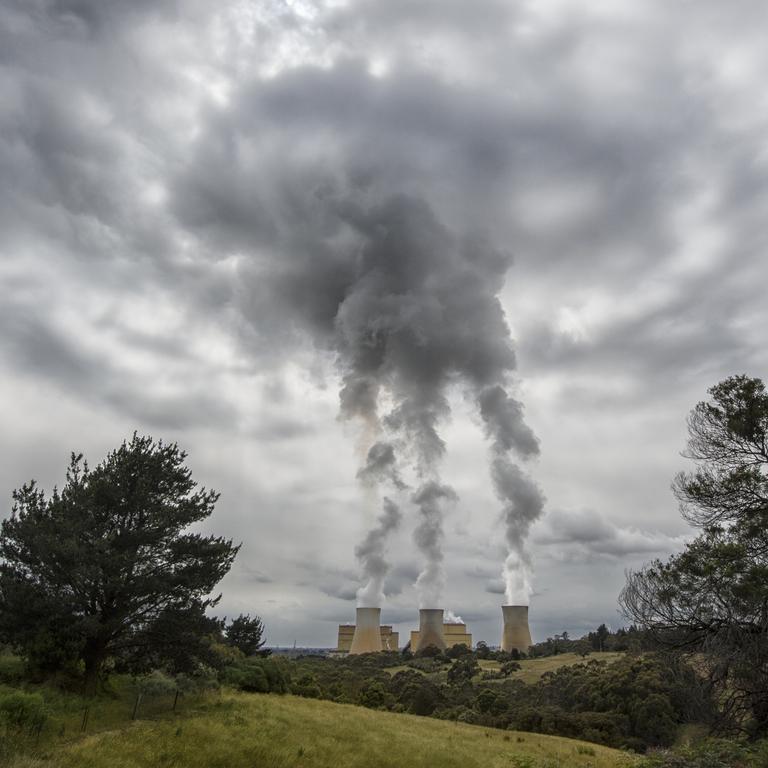 Burning fossil fuels like coal at this electricity plant is one of the ways human activity is leading to global warming. Picture: iStock

IS GLOBAL WARMING A PROBLEM?

Yes. Some of the impacts of Earth warming faster include Antarctic and Arctic ice melting, sea levels and sea temperatures rising and storms, droughts, heatwaves and bushfires becoming more extreme and frequent.

HOW FAST IS EARTH WARMING?

Scientist around the world are working to understand global warming, how it is changing the climate, how it will impact humans and other living things and what humans can do to stop or slow climate change.

In 1988, the United Nations* formed a group called the Intergovernmental Panel on Climate Change (IPCC) to co-ordinate research into climate change and organise an international response. The IPCC’s latest report found Earth’s temperatures and sea levels have been rising due to global warming. Picture: iStock

In August 2021 the IPCC released its latest report, written by scientists around the world. The report found that global temperatures have risen by 1.09C between 1850-1900 and the past decade. Sea levels are rising an average of 3.7mm a year, more than double the rate observed between 1971 and 2006.

According to the IPCC report, allowing for very small global increases in greenhouse gases over the next two decades (before we make big reductions), will see Earth become 2C hotter around 2050 and 2.7C hotter towards the year 2100, with sea levels around 50cm higher by 2100 and as much as 1.3m higher by 2150.