US President Trump found not guilty on both impeachment charges A still from video from Wednesday, February 5 of the impeachment vote in the Senate on the second charge, obstruction of Congress, against President Donald Trump. Picture: Senate Television via AP

US President Donald Trump has been acquitted* of the charges of abusing his power and obstructing Congress*.

His impeachment* trial ended after senators* stood at their desks in the Senate* in the Capitol Building in Washington, DC, US, to give their votes of “guilty” or “not guilty” as the roll was called.

At least two-thirds of the 100 senators had to vote “guilty” to remove him from office.

A conviction on either count would have elevated Vice President Mike Pence into the presidency.

Immediately after the vote, which happened on Wednesday US time, Trump tweeted “VICTORY”.

“I will be making a public statement tomorrow at 12:00pm from the @WhiteHouse to discuss our Country’s VICTORY on the Impeachment Hoax!” he said on Twitter. 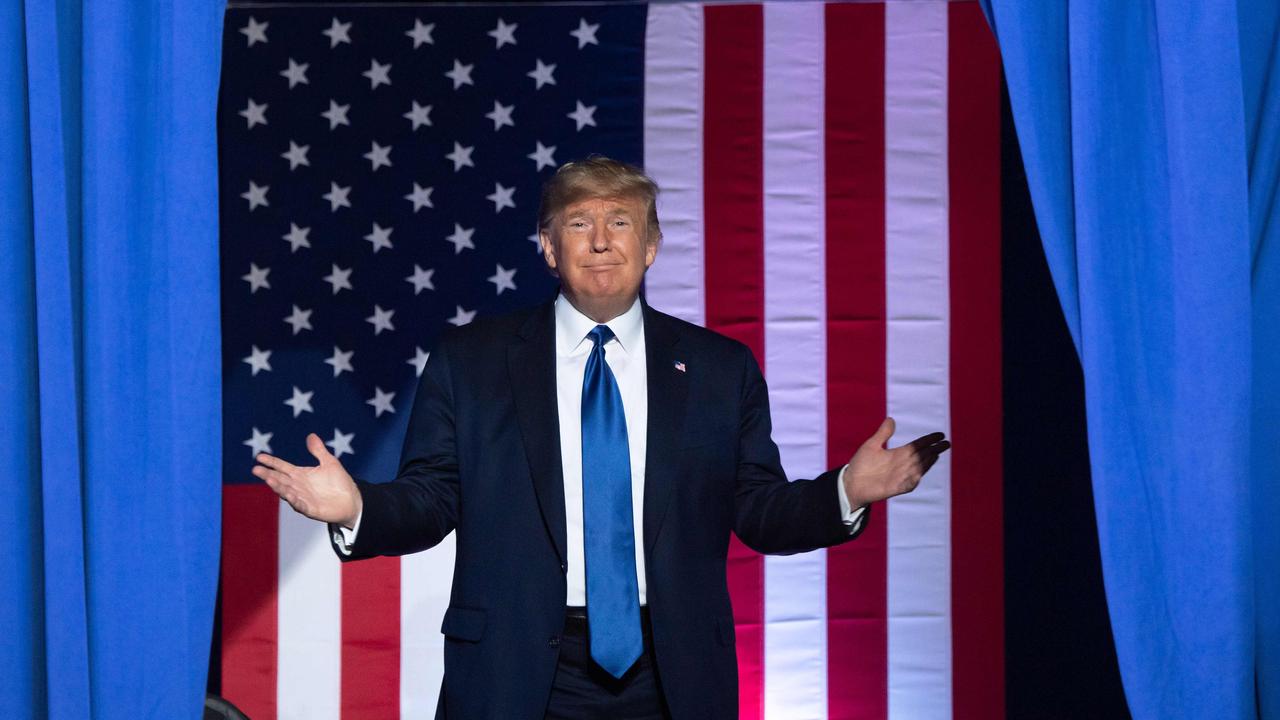 The abuse of power charge stemmed from his request that Ukraine investigate Trump’s political rival Joe Biden, a contender for the Democratic* nomination to face Trump in the November 3 election. The charge of obstructing Congress was about blocking witnesses and documents sought by the House* relevant to his dealings with Ukraine.

The two articles of impeachment were approved by the Democratic-led House of Representatives* on December 18, 2019.

In the Senate, the votes followed mostly party lines, with Republicans voting for Republican Trump and Democrats voting to convict.

Only Republican Senator Mitt Romney joined the Democrats in voting to convict. No Democrat voted to acquit*.

Romney, the 2012 Republican presidential nominee*, called the President’s actions in pressuring Ukraine to investigate Biden “grievously* wrong” and said Trump was “guilty of an appalling* abuse of public trust”.

Biden has accused Trump of “lies, smears*, distortions* and name-calling.”

No president has ever been removed by the Senate and this was only the third presidential impeachment trial in US history. President Andrew Johnson (1868) and President Bill Clinton (1998-9) were also both acquitted of their impeachment charges. 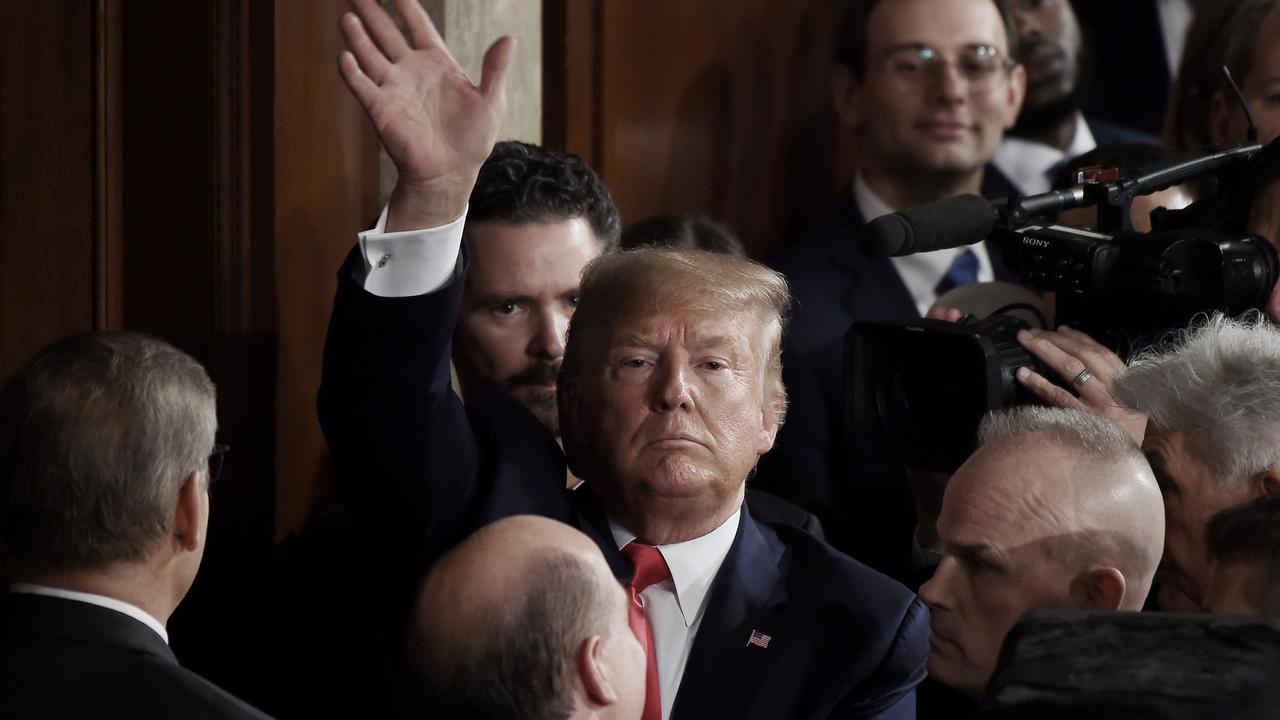 President Donald Trump waves after delivering his State of the Union address in the chamber of the US House of Representatives at the Capitol Building on February 4, in Washington, DC, the day before his impeachment acquittal. Picture: AFP

Trump called the impeachment an attempted coup* and a Democratic attempt to annul* his 2016 election victory.

“President Trump has been totally vindicated* and it’s now time to get back to the business of the American people,” Trump’s campaign manager, Brad Parscale, said in a statement. 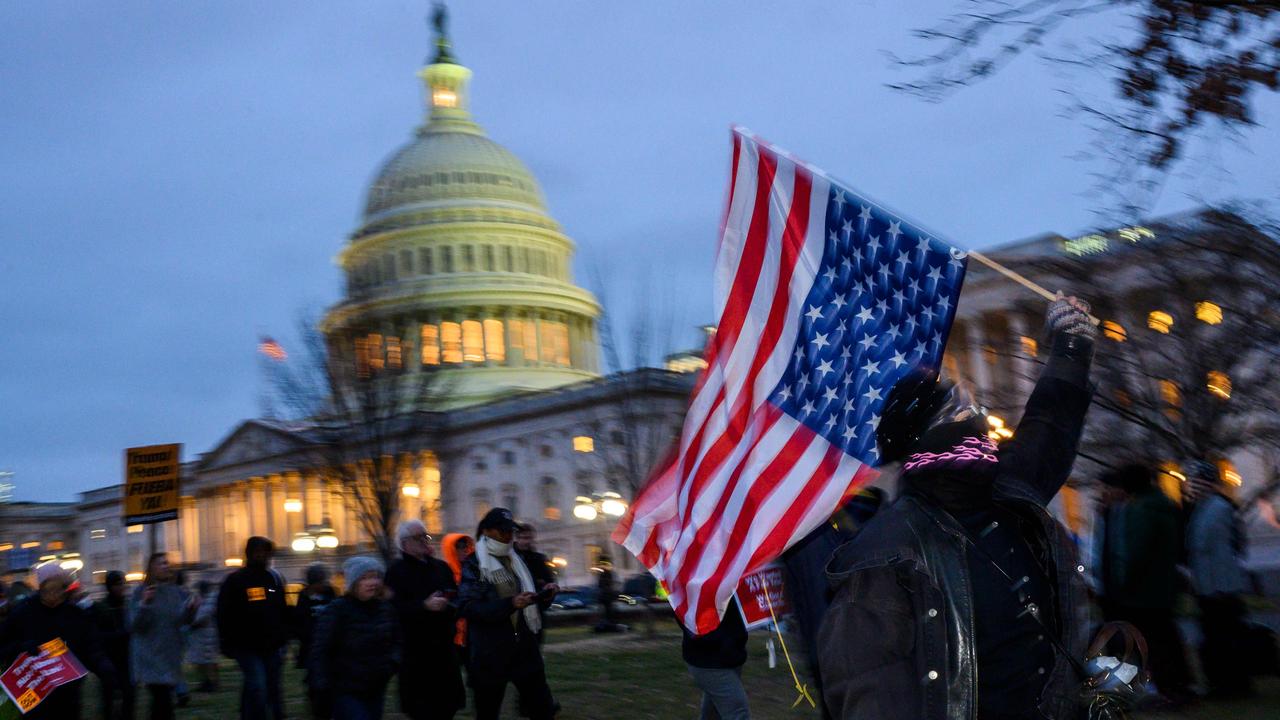 A protester waves a US national flag upside down, in a sign of distress, outside the Capitol in Washington, DC, on February 5, 2020, after the US Senate acquitted the US president in his impeachment trial. Picture: AFP

PM promises Australia will help US land on Mars

2. Extension
‘Only the voters should decide to get rid of a leader at election time, not politicians.’

Do you agree with this statement? Give reasons why you agree or disagree.

HAVE YOUR SAY: Do you think Donald Trump is a good president? How will you feel if he is re-elected?
No one-word answers. Use full sentences to explain your thinking. No comments will be published until approved by editors.