It is 10 years since Prime Minister Kevin Rudd said sorry in parliament to the Stolen Generation.

It is 10 years ago today (February 13) that the Australian Government formally apologised to the Stolen Generations of Aboriginal and Torres Strait Islander people.

The Stolen Generation refers to a period in Australia’s history when children of Aboriginal and Torres Strait Islander heritage were removed from their families under acts of the parliament.
Many of the Stolen Generation were not full-blooded Aborigines and/or Torres Strait Islanders — most of them were mixed race children of Aboriginal women who became pregnant to white stockmen and station hands working on cattle stations.

From the mid-to-late 1800s to the mid-1900s, Aboriginal children were separated from the elders* who could teach them about their traditions. Prime Minister Kevin Rudd hugs and kisses Aboriginal members of the Stolen Generation that were in the House of Representatives when Rudd delivered the official apology speech to the Aboriginal people, at Parliament House in Canberra.

The government of the time did this in the belief that “white man’s ways” were better, less abusive, and offered more opportunities to the children. However, the effect was the loss of around two-thirds of the nation’s Aboriginal languages, along with many Aboriginal stories and other rich aspects of their culture*.

In the late 20th century, the public was more vocal on the issue of Aboriginal Rights and calls increased for injustices* against the Stolen Generation to be recognised.

Then, as the new millennium* dawned, the Australian Government began to come under increasing pressure to formally acknowledge these injustices by way of an official apology.

On February 13, 2008, then Australian Prime Minister Kevin Rudd issued a public, formal apology to the Stolen Generation and their descendants*.

During the speech, which was read out to Parliament, Mr Rudd stated, “We apologise for the laws and policies of successive parliaments and governments that have inflicted profound* grief, suffering and loss on these our fellow Australians. We apologise especially for the removal of Aboriginal and Torres Strait Islander children from their families, their communities and their country. For the pain, suffering and hurt of these Stolen Generations, their descendants and for their families left behind, we say sorry. To the mothers and the fathers, the brothers and the sisters, for the breaking up of families and communities, we say sorry. And for the indignity* and degradation* thus inflicted on a proud people and a proud culture, we say sorry.” 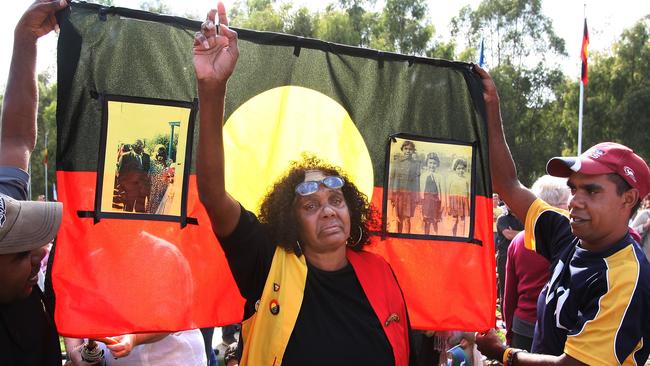 Along with the apology, the Government introduced a national “Closing the Gap” strategy which aimed to improve Aboriginal health, education, housing, employment and life expectancy.

Mr Rudd reflected on his historic speech last week ahead of the 10-year anniversary.

Writing in the Adelaide Advertiser he said he was still extremely proud to have helped Australia “change direction” and begin the “long, national journey of reconciliation* between white and black Australians”.

Mr Rudd said many people questioned him on why the people of today had to apologise for the actions of people in the past.

“We only need to ask ourselves one question: how would we feel if it was us, if we were treated like that, as non-citizens in our own land? There’s another point as well: if we are happy appropriating the heroic parts of our history, like ANZAC, although none of us alive today were there, then why should we not also own responsibility for the darker episodes in our national story as well.” 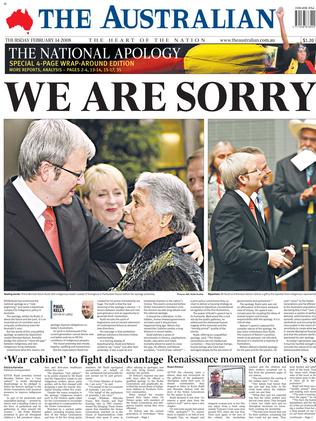 How The Australian newspaper recorded the historic speech.

This year’s Closing the Gap report has shown that targets to halve the gap in child mortality by 2018 and attaining a Year 12 education standard as well as having 95 per cent of all indigenous four-year-olds enrolled in early childhood education by 2025 are on track.

But the remaining four targets, including closing the 10-year gap in life expectancy between indigenous and non-indigenous Australians by 2031, were lagging.

Mr Rudd said while it was disappointing most of the Closing the Gap targets had not been met, “the truth is the gap has narrowed rather than grown, and there are now tens of thousands of Aboriginal lives transformed for the better”.

He urged Australia to continue working towards meeting the targets for the sake of all Australians.

“Are we seriously saying that as a nation we should aspire for anything less than an equal Australia, where everybody gets a fair go, whatever the colour of their skin? I think not. We Australians are a better people than that.” Lowitja (Lois) O’Donoghue and PM Kevin Rudd leave the chamber after the apology to Aboriginal people.

That today we honour the indigenous peoples of this land, the oldest continuing cultures in human history.

We reflect on their past mistreatment*.

We reflect in particular on the mistreatment of those who were Stolen Generations — this blemished* chapter in our nation’s history.

The time has now come for the nation to turn a new page in Australia’s history by righting the wrongs of the past and so moving forward with confidence to the future.

We apologise for the laws and policies of successive Parliaments and governments that have inflicted profound grief, suffering and loss on these our fellow Australians.

We apologise especially for the removal of Aboriginal and Torres Strait Islander children from their families, their communities and their country.

For the pain, suffering and hurt of these Stolen Generations, their descendants and for their families left behind, we say sorry.

And for the indignity and degradation thus inflicted on a proud people and a proud culture, we say sorry.

We the Parliament of Australia respectfully request that this apology be received in the spirit in which it is offered as part of the healing of the nation.

For the future we take heart; resolving that this new page in the history of our great continent can now be written.

We today take this first step by acknowledging the past and laying claim to a future that embraces all Australians.

A future where this Parliament resolves that the injustices of the past must never, never happen again.

A future where we harness the determination of all Australians, indigenous and non-indigenous, to close the gap that lies between us in life expectancy, educational achievement and economic opportunity.

A future where we embrace the possibility of new solutions to enduring problems where old approaches have failed.

A future where all Australians, whatever their origins, are truly equal partners, with equal opportunities and with an equal stake in shaping the next chapter in the history of this great country, Australia.

CLASSROOM ACTIVITIES
1. Stolen Generation Shame
Creatively respond to what you’ve learnt about the Stolen Generation from reading the Kids News article. Some ideas that you could do to express your feelings about this topic are;

If you have another idea, ask your teacher if you can respond that way. It’s important to express your emotions about how you feel after reading this article.

Extension: After reading about the “Closing the Gap” strategy, write a list of suggestions/strategies that you believe might help ‘close the gap’ between indigenous and non-indigenous Australians.

2. United Flag: Design a flag to incorporate both the indigenous and Australian flag. Below is some background on both flags; THE ABORIGINAL FLAG (above)
The Aboriginal flag is divided horizontally into halves. The top half is black and the lower half red. There is a yellow circle in the centre of the flag.

The meanings of the three colours in the flag, as stated by Harold Thomas, the artist, are:

· Yellow circle — represents the Sun, the giver of life and protector

· Red — represents the red earth, the red ochre used in ceremonies and Aboriginal peoples’ spiritual relation to the land 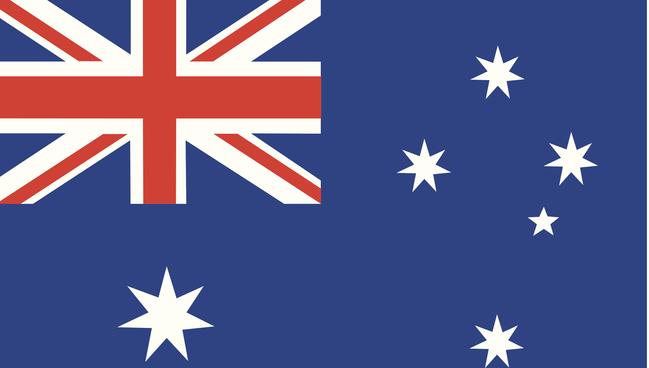 THE AUSTRALIAN FLAG
In 1901, the Commonwealth of Australia was formed. Until this time, Australia used Britain’s flag, the Union Jack. A competition was held to find the design for Australia’s own flag. Five designers shared the prize because they came up with similar ideas for the Australian flag.

Design a single flag to incorporate what you believe to be the important elements of both the indigenous flag and the current Australian flag.

Extension: Now we’ve looked at redesigning our countries flag, what do you think needs to change with our national anthem?

Pick 6 different connectives to use in the next activity, try and pick some easy and some challenging ones.

Write a different connective in each of the 1-6 grid spaces.

Think of a topic … School Holidays

Roll the dice and whichever connective you roll, you have to try and use to create a compound sentence about the topic.

e.g. I love school holidays BECAUSE I get to go and stay at Nana’s house.

Take turns, going back and forth. After 3 turns each, change the topic. 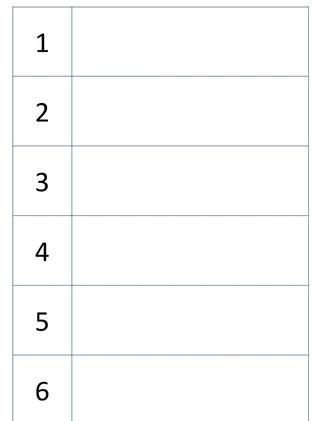 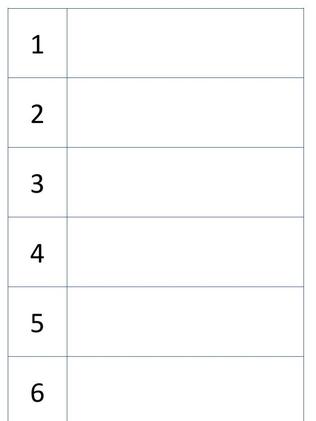 IN ONE SENTENCE, TELL US WHAT YOU LIKE ABOUT TODAY’S STORY
Please avoid use one-word answers and take your time to explain exactly what you liked about the story.